The trendy other-city imports got approval from the Cambridge Zoning Board, but a neighborhood group has a new complaint. 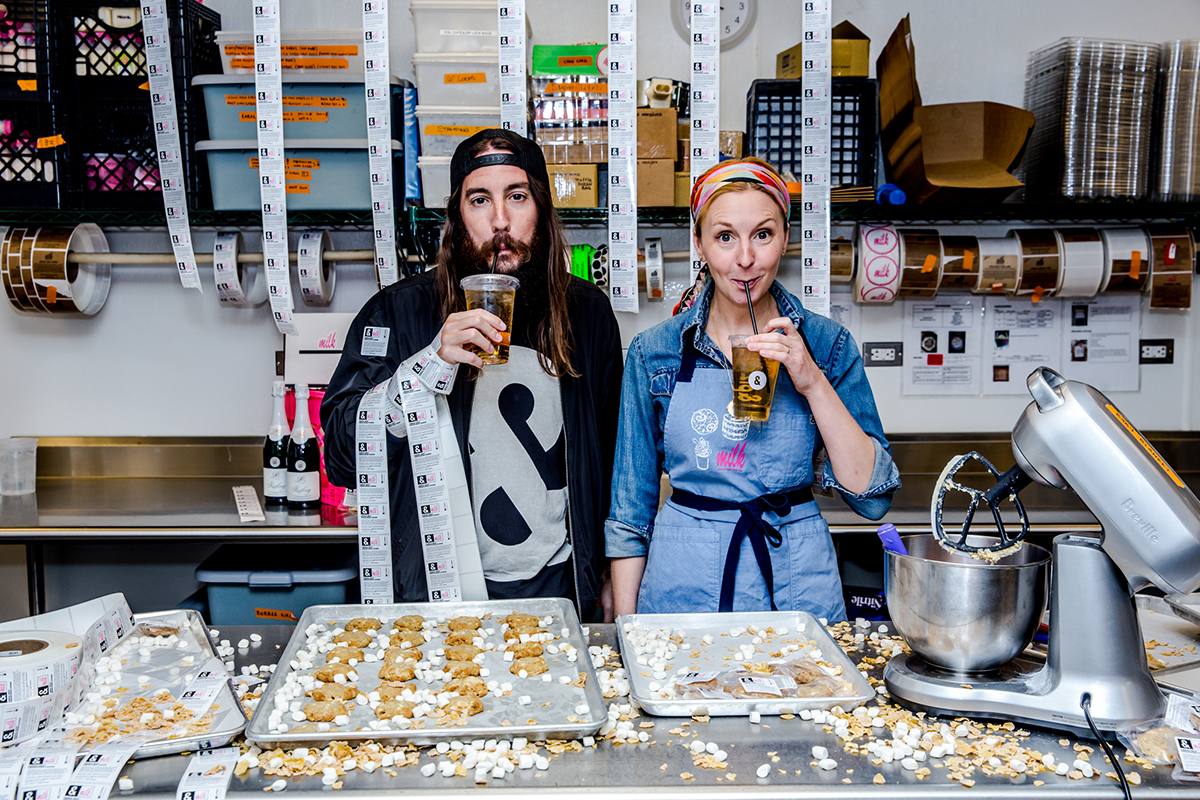 Two bigger-city brands are one step closer to moving into the Boston market, after the Cambridge Board of Zoning Appeal approved the special permit for the joint &pizza and Milk Bar in Harvard Square last week, Cambridge Day reports.

Last week’s hearing was the Washington, D.C.-based pizza chain’s second go before BZA. Its solo pizzeria was initially denied, with board members asking for a more unique concept to add value to the historic neighborhood. &Pizza founder Michael Lastoria responded by signing on famous pastry chef Christina Tosi and her popular, New York City-based Milk Bar to cohabitate the corner of Mass. Ave. and Brattle Street. The “sweetened deal” offers a pizzeria-cum-bakery in the former Crimson Corner and Tory Row spaces, a first for both brands, which will also drive more dining in at the location, Lastoria previously told Boston.

“We’re pleased with the outcome of [Thursday night’s] hearing and are excited to bring the first &pizza x Milk Bar concept to Harvard Square,” a rep for &pizza shared in a statement. “We will continue to be conscientious in our approach to what we can offer the square to add to its rich cultural identity. The pizza shop-meets-bakery concept has aspirations to not only increase the variety of our offerings and enhance our experience, but also to provide a concept that caters to what the community needs—a positive, inclusive gathering place for all citizens.”

The BZA permit will most likely be final in November, the Day notes, after an appeals period. &Pizza x Milk Bar will still need building permits and operating licenses, so no timeline from the company just yet.

And a new, potential hurdle: More Cambridge dissent about the growing pizza company. A petition surfaced on Change.org last week, calling on &pizza to 1) stop encouraging its “tribe” (employees) to get tattoos of its ampersand logo, 2) to stop calling their employees the “tribe,” and 3) to make a “generous” donation and promote a non-profit that works against racial stereotyping. Our Harvard Square, a group of neighborhood stakeholders who want “an open, diverse and equitable design process” for the Square’s development, posted the petition, which has 62 signatures as of Tuesday.

With 23 locations on the East Coast (a second New York City location opens today at Astor Place), &pizza has become known as much for its corporate culture as it has for its award-winning, quick-cooking pies made with quality ingredients. &Pizza calls itself “an anti-establishment establishment,” and is a vocal proponent of a livable wage—and also offers free ampersand tattoos for employees (and customers) who want one. In its website language, the company uses “tribe” as an inclusive term.

“Our values and actions stem from our connection and dedication to each other—this commitment has led us to pay our employees a living wage and provide a clear path to ownership in the company,” a company tells Boston, in response to the petition. “The ‘&’ is merely a symbol. Its meaning—to join two things together, or that something more is coming—are positive, hopeful and inclusive. We wear the word unity on the back of our shirts. We encourage our customers and employees to bring their own meaning to the ampersand symbol—some get it inked, others do not.”

We’re not sure whether “tattoo benefits” comes in at any point during the Cambridge licensing process, but rest assured we’ll follow along as &pizza continues to prove itself worthy of Harvard Square.