Wegmans Opens in Medford in November

But alas, the previously announced Fenway location is on indefinite hold. 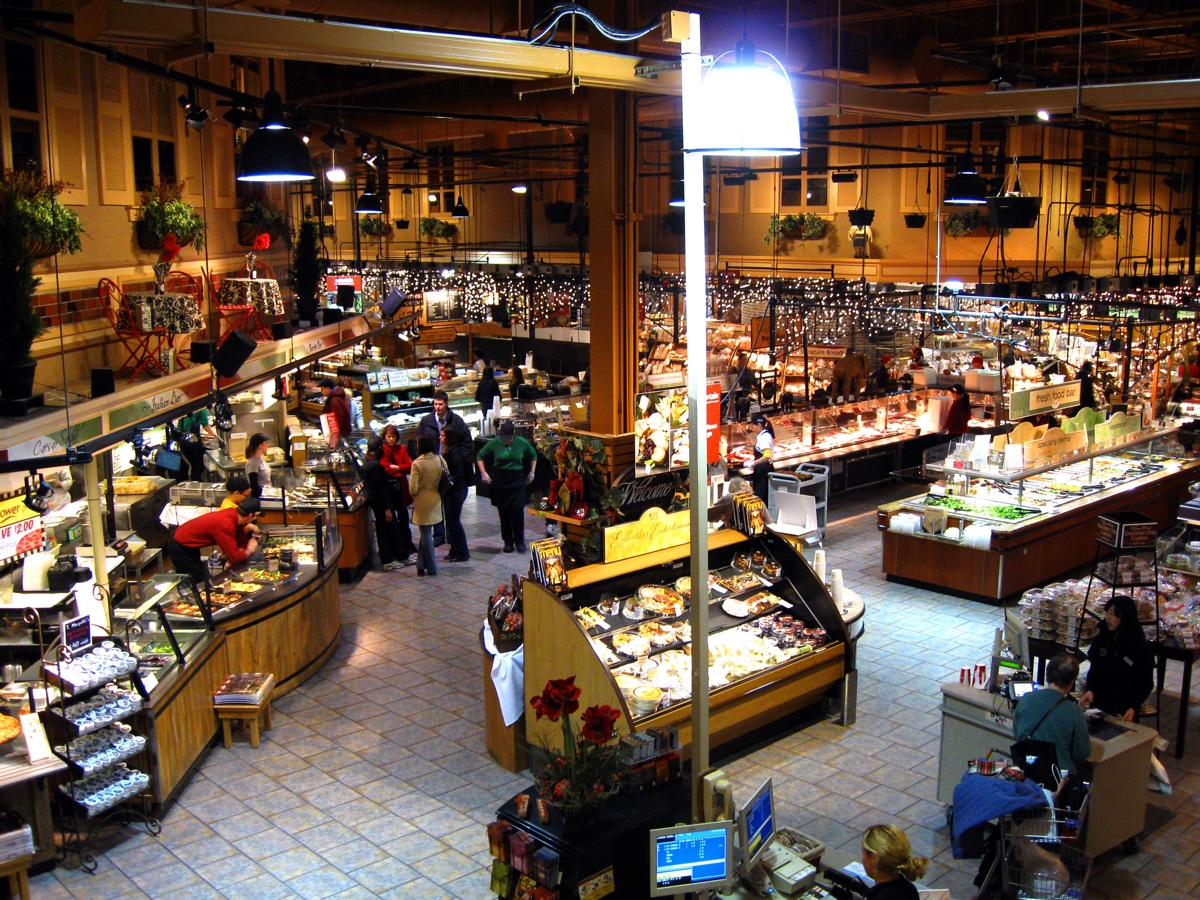 Welcome to Wegmans Photo by Seuss on Flickr/Creative Commons

All aboard the Wegmans hype train! The beloved regional grocery chain—which features a whimsical toy steam engine chugging above its ample stock—opens in Medford early next month.

The company just announced the store’s leadership team, a quintet of five Wegmans lifers who represent more than 100 years’ experience with the family-owned company. It includes store manager Kevin Russell, who joined the company at its Corning, N.Y. location in 1986, and most recently managed the Burlington (Mass.) location, and executive chef Arlo Trainor, who helped open the first Massachusetts Wegmans in Northborough. (You, too, could work at Wegmans.)

The Wegmans in Medford, first announced in 2015 by outgoing Mayor Michael J. Glynn, takes over a whopping 120,000 square feet at the Meadow Glen Mall. It will offer the company’s wide range of produce, house-baked breads and bakery products, freshly-caught seafood, artisan cheeses, beer, wine, liquor, and other groceries, plus a Market Café with seating for more than 200 people, inside and outdoors. Wegmans Medford will also have the Burger Bar, an in-store restaurant with sandwiches, salads, specialty milkshakes, and more.

The anti-Walmart, as the Atlantic has called Wegmans, has been named one of the 100 Best Companies to Work For by Fortune for 20 consecutive years.

Wegmans and Fenway developer Samuels & Associates had announced plans to open the chain’s first urban location, outside its upstate New York homebase, in the former Landmark Building way back in 2013. But this week’s news that the historic art deco building at 401 Park will be home to a food hall called Time Out Market confirms what Wegmans fans have begrudgingly admitted to themselves: It’s not happening.

“In evaluating our original plan for 401 Park, it became clear that the complexity associated with demolishing the garage and building out the entire complex all at once was too challenging,” a representative of Samuels & Associates says. “Our revised plans for the next phase of the building’s redevelopment focus on interior renovations to the existing building and new commercial space. We continue to try to configure space that could meet Wegmans’ needs and remain in conversation with them about future opportunities.”

Nothing else in Boston is currently on the table, but “we continue to look for opportunities to expand our presence” here, says Wegmans media relations coordinator Valerie Fox. Besides Medford, the company is also hiring for a spring 2018 opening in Natick.