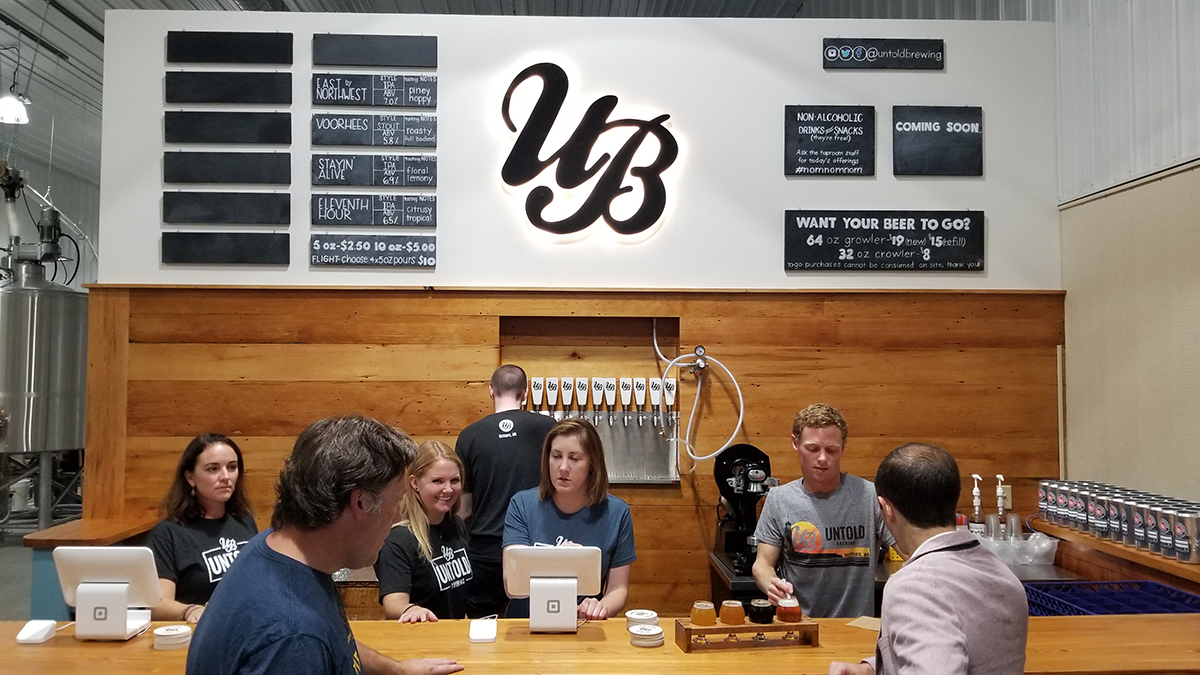 The Untold Brewing cofounders are letting their beers speak to them—tell their own story, if you will—as they come out of the fermentors, which is why this fall’s stout is called Voorhees. It’s named for Jason, the hockey masked-antagonist in the Friday the 13th movies. After all, the upstart Scituate company couldn’t ignore the fact that it’s opening for real on Friday, October 13.

Voorhees, a full-bodied, roasty, 6-percent stout that cofounder and brewer Matt Elder says is surprisingly easy to drink, is one of seven house brews Untold will offer on draft (and to go) to start. It will pour alongside a yet-unnamed pale ale—they’re waiting to hear that beer out, says cofounder and brewer Kyle Hansen—three different IPAs, and a pair of beers named for Scituate heroes Abigail and Rebecca Bates.

The Bates sisters, represented as a blonde ale (Abigail) and a brown ale (Rebecca), were daughters of the Scituate Harbor lighthouse keeper, and are known as the American Army of Two. Per the Scituate Historical Society: During the War of 1812, the girls drove away two approaching British barges by playing the militia fight song on a fife and drum and tricking the enemy into retreat.

Cofounders Kristin Greene and Elder are siblings who grew up in Scituate, and “the three of us really want to connect with the town as much as possible,” Elder says.

Untold Brewing is the South Shore’s latest taproom, or “community [center] for the 21-plus crowd,” as the Massachusetts Brewers Guild executive director Katie Stinchon recently called them in Quincy’s paper, the Patriot Ledger. Widowmaker Brewing opened in Braintree just a few weeks ago, following the likes of Barrel House Z in Weymouth last year, and many other breweries south (and north, and west…) of Boston in recent years. (The Brewers Guild just released an app to help you keep track of them all.)

The Scituate brewery has a 15-barrel brewhouse and a bar with standing room for 49, inside a new building. Or, guests can take a seat at a communal table in the attached, renovated 1850s beer hall. The total capacity is about 100 people, though warm days will offer additional space to spread out on an adjacent patio.

Untold Brewing will host food trucks and other food pop-ups; it will welcome Mom on the Go this Saturday evening, Oct. 14. The bar will also offer complimentary snacks, like pretzels.

To start, the plan is to sell as much of their beer at the brewery as they can, Hansen says, with some strategic self-distribution to local South Shore spots. Untold will offer crowlers and glass growlers to-go, and plans to work with Iron Heart Canning to offer smaller-format beers to go. That will likely start with East By Northwest, a 7-percent IPA that combines a West Coast-style hop bomb (Chinook, Cascade, Azacca, Columbus) with a notable addition of softer, fruity, Mosaic hops.

With 12 lines in the taproom, regulars can expect to see a few year-round beers, and a couple seasonals. The other half-dozen will be experiments—maybe some will stick around, says Elder. “That’s the reason we became brewers in the first place.” 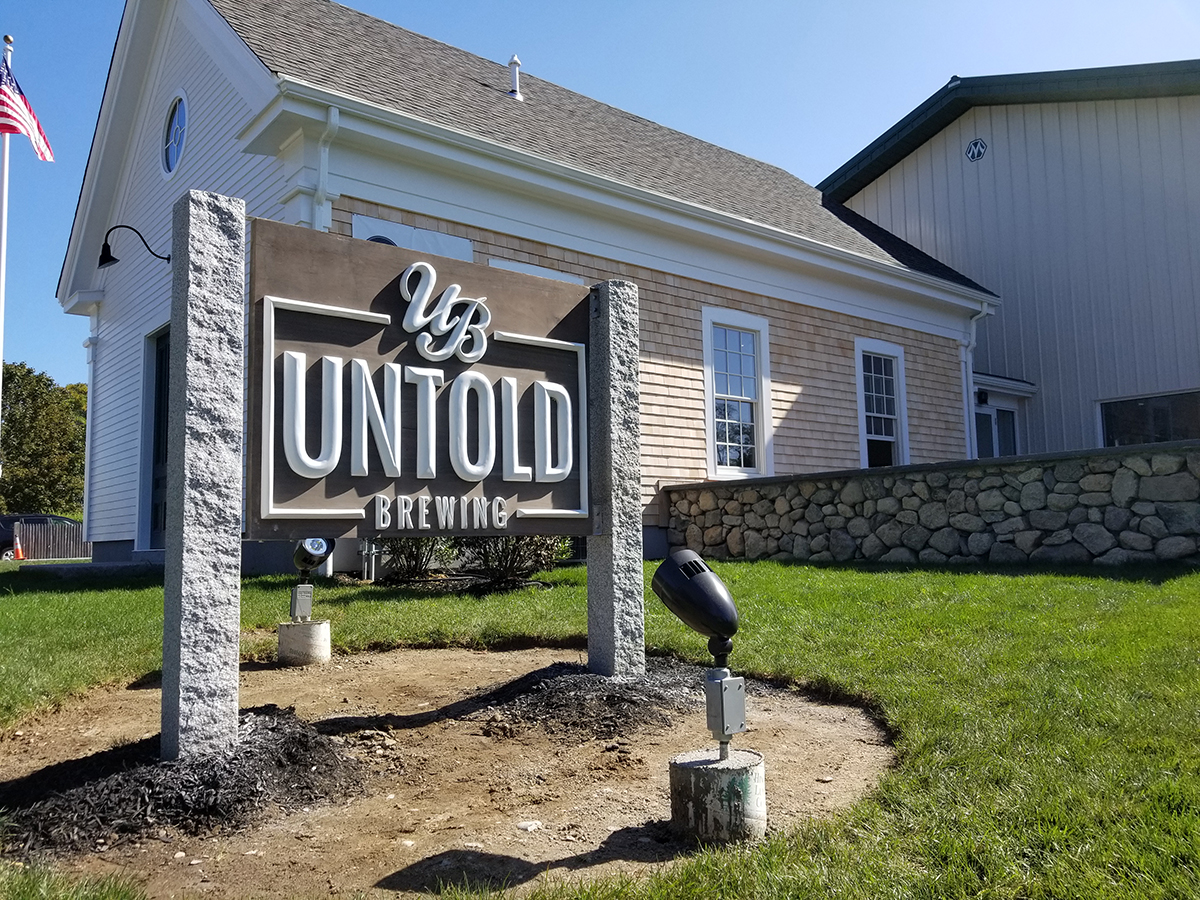 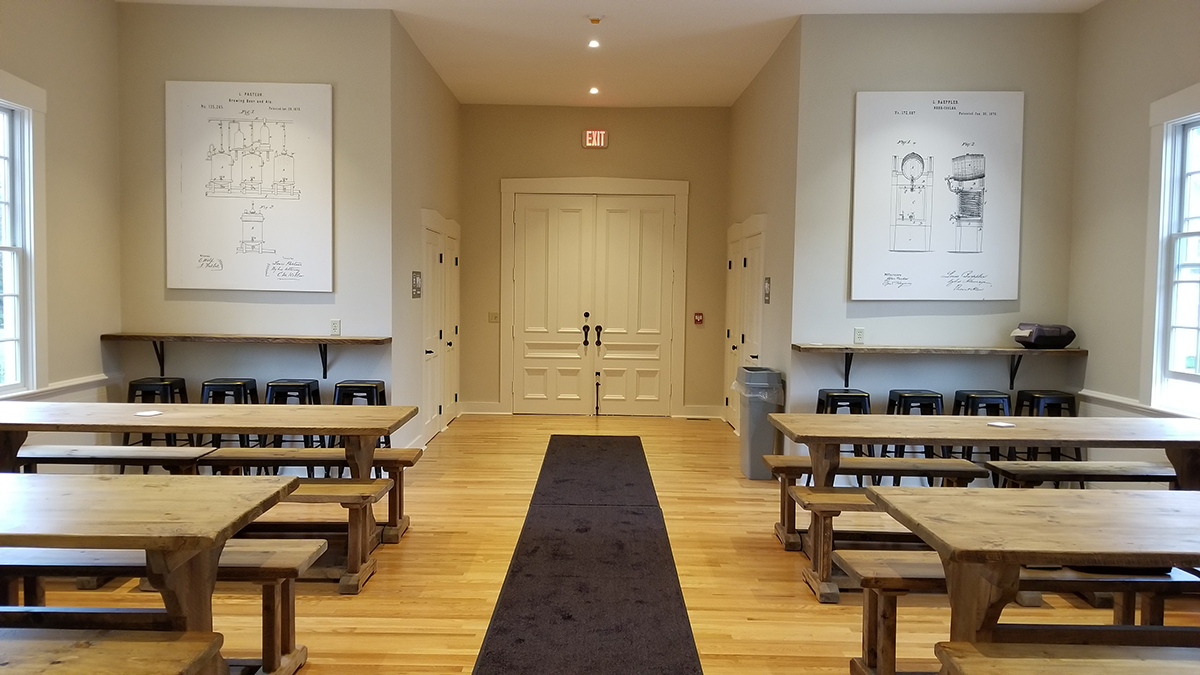