Bon Me in East Cambridge Has an Expanded Menu and Soon, Beer 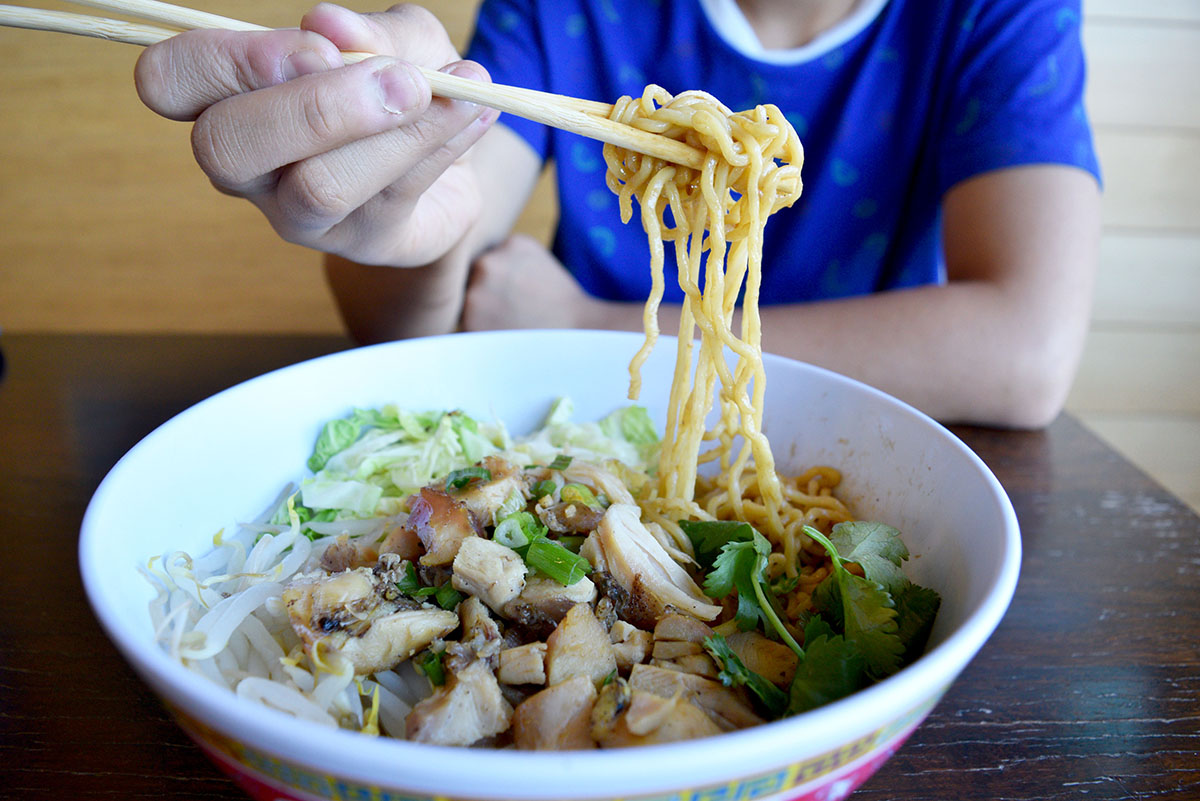 The dan dan noodle bowl is one of several new menu items at Bon Me in East Cambridge. / Photos provided

At first blush, Bon Me fans may wonder why the homegrown fast-casual chain needs another location near Kendall Square. But that reason is now clear: Bon Me in East Cambridge is the company’s new flagship restaurant, with an expanded menu—and eventually, with beer and cider.

Bon Me has softly opened on Binney Street all this week, serving lunch to the many workers in the area. It launches dinner service (with a limited menu) on Thursday, October 12, and will introduce its full new menu on Thursday, Oct. 19. Co-owners Ali Fong and Patrick Lynch are currently applying for Bon Me’s first-ever alcohol license, and hope to debut a menu of local beer and ciders in November.

The new, 2,100-square foot restaurant is the largest Bon Me yet. It has seating for 45 inside, plus an additional 14 seats outside. The company worked with Stack + Co. to design the space to pay homage to Bon Me’s food truck roots, so interior details include picnic-style tables, chain-link fences, and a bike motif. The window decals recall Boston Common, Harvard Plaza, and the Greenway—some of the places the food trucks frequent.

Bon Me fans will find chef Fong’s signature rice bowls, noodle salads, and snacks, but the East Cambridge location will have a few elevated options, as well. Look out for the Bon Me Bap, a vegetarian take on traditional Korean bibimbap; a Dan Dan Noodle bowl, and chicken udon noodle soup when things ramp up next week. A grand opening celebration on October 19 will offer samples of these new menu items, plus free drinks and other giveaways throughout the day.

In the meantime, check out the new location during lunch or dinner—or visit one of Bon Me’s six other brick-and-mortars. The new @bonmeBIN is keeping fans in the loop during the East Cambridge location’s soft opening. 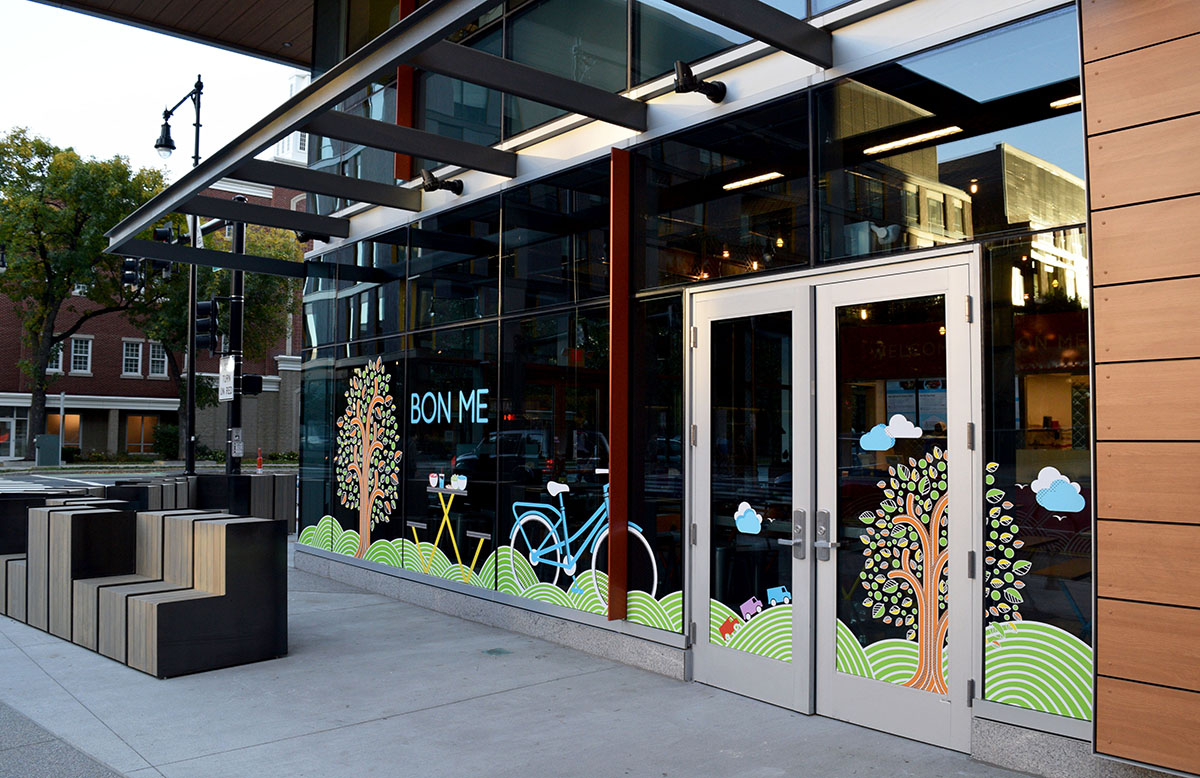 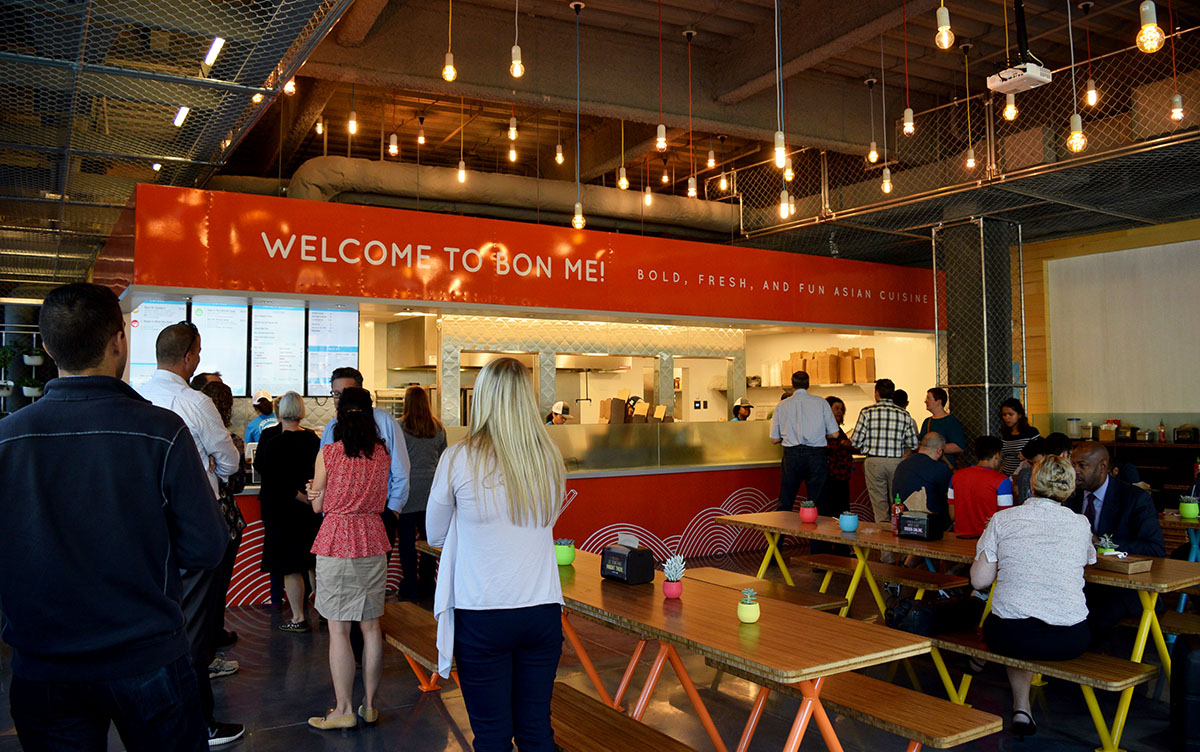 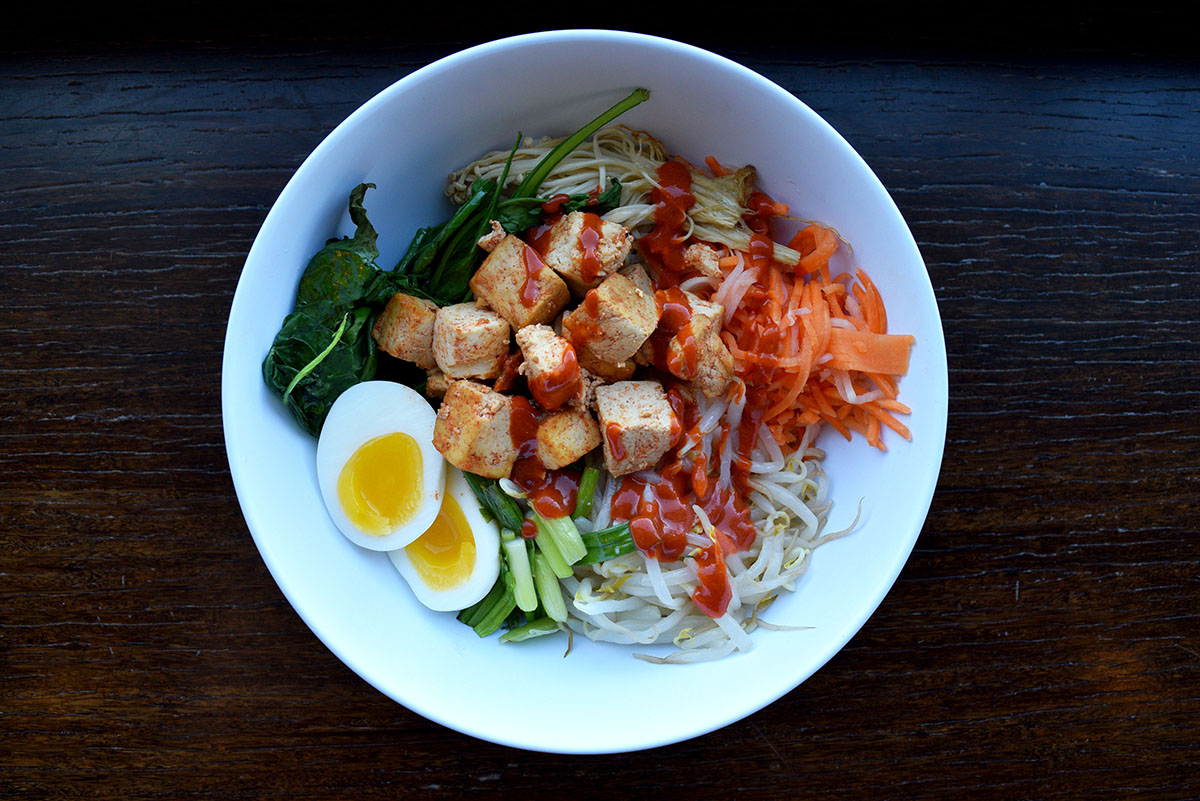 The Bon Me bap bowl is one of several new menu items at Bon Me in East Cambridge. / Photos provided