She's shaking up the beverage industry, one cold-brew tea at a time. 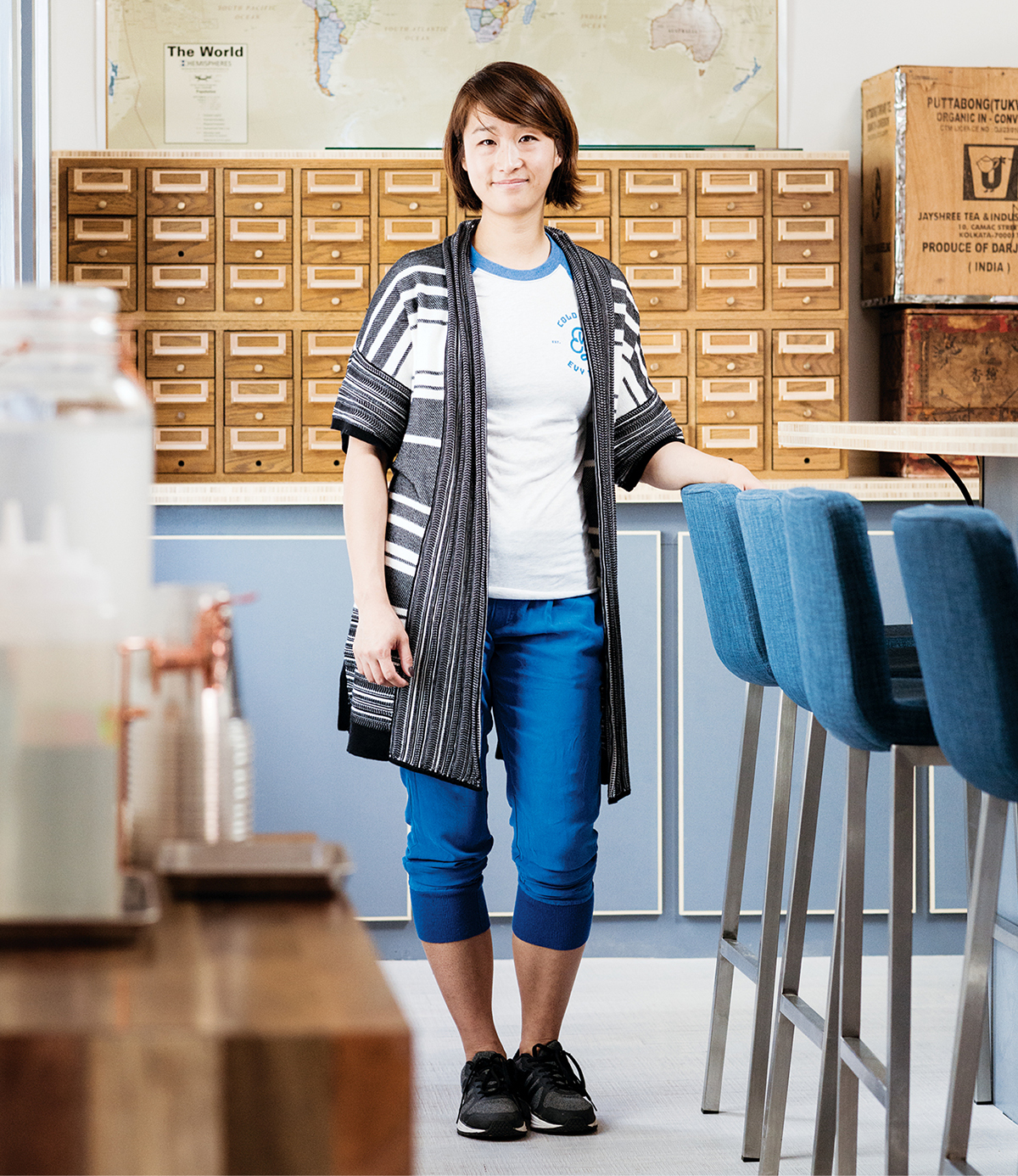 You could easily drive by Evy Tea’s J.P. headquarters without noticing it at all. The space, a former garage, sports a modest, vaguely hippie vibe, with tangles of potted herbs, mismatched furniture, and a rainbow-hued line of iced-tea jars on the counter.

Behind the scenes, though, founder Evy Chen has big plans to revolutionize the way Americans consume tea. And if the $1 million in investor funding she recently generated is any indication, she may be onto something. Chen, 29, grew up in the Fujian province of China, where high-quality leaves are brewed with care and the drink serves ritualistic and social functions. Arriving in America for the first time as an Emerson undergrad, Chen says she was shocked to find that most bottled teas were as saccharine and unhealthy as soda. “It was being treated more like a grab-and-go energy drink,” she says. So a few years after graduation, Chen decided to create a better version, launching what she describes as the first-to-market cold-brew-tea company in the United States.

Similar to the process for preparing cold-brew coffee, Chen’s proprietary tea-making technique involves steeping leaves in chilled water for 16 to 24 hours, yielding drinks with less bitterness and bolder flavors than can be achieved through the traditional hot-water method. “It started very simply with me testing hundreds and hundreds of teas,” she says. “I really played with water, temperature, and time.”

Three years in, Chen’s painstaking approach is paying off: Her bottled drinks—in fruity flavors such as black tea strawberry basil and green tea mango lemongrass—are sold at more than 500 locations, including 30 East Coast Whole Foods. “It’s a very disruptive product because it’s not easy to cold-brew tea and get it to be shelf-stable,” says Evy Tea investor Willem Meyer, cofounder of the food-industry investment firm Campitor. Chen also pours the beverage at her two coffee-shop-like “tea bars,” one recently opened in Charlestown and the other part of her J.P. headquarters.

Ultimately, Chen sees tea as ripe for the type of quality boost that has come to the coffee and beer industries. People will go out of their way for a perfectly pulled latte or a juicy New England IPA, she explains, but tea, especially iced versions, has lagged behind in the craft-ification of all things food. Borrowing from the brewery model, she also offers her beverages in growlers, flights, and even on tap. “I’m changing the perception of what tea can be,” Chen says.