Little Donkey and More Are Now Serving the Impossible Burger

After an initial launch at Clover, the meat-free, meat-like "beef" is on the menu this week at several Boston restaurants. 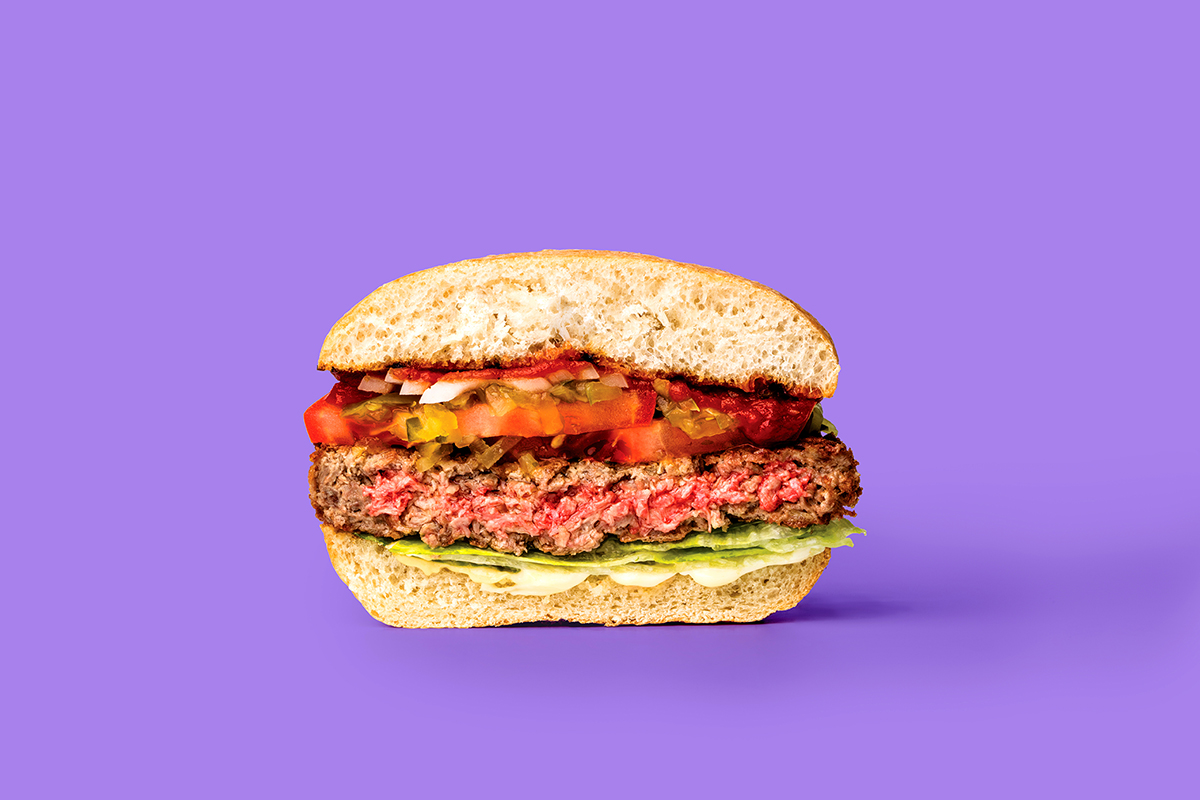 The latest global plate at Ken Oringer and Jamie Bissonnette’s Little Donkey doesn’t have roots in Vietnam, or France, or Mexico. It was developed in a lab. Little Donkey is the next Boston-area restaurant to put Impossible Foods’ burger—the meatless one that looks, tastes, and “bleeds” like beef—on the menu. It debuts in burger form at the Central Square restaurant Thursday at lunch.

Following an initial New England rollout with Clover Foods last month, the Silicon Valley-based Impossible Foods continues to expand its Boston-area restaurant roster. In addition to Little Donkey, Barbara Lynch’s the Butcher Shop, and Mike & Patty’s will both start serving the Impossible Burger this week. Before the end of the year, Impossible Foods will do another local launch.

Mike & Patty’s will put the Bay Village Impossible Burger on its regular menu, after 10 a.m., with Clothbound cheddar, Grillo’s Pickles, Bay Village Burger sauce, mustard, and red onion on a potato roll; guests can add bacon and/or a fried egg for an upcharge. Right—bacon, egg, and cheese, on a vegan-friendly patty.

Despite a “blockbuster” return rate performance from fans during the first week of the Impossible sandwich rollout, Clover founder Ayr Muir says on his company blog, he has also fielded a fair amount of “hurtful” “intimidation, threats, and shouting” from vegan proponents.

“On the face these angry folks are angry because they can’t eat the product on our menu. And some seem to think we’re doing something morally wrong by selling a non-vegan product. There are bunches of products on our menu (and not to mention other menus out there) that are not vegan,” Muir notes, adding that 93 percent of Clover’s customers are not vegetarian. (The chain’s entire menu is vegetarian, while about 30 percent is typically vegan, he says.)

While Clover’s mission is to make meat lovers into veggie lovers, Muir says the Impossible Burger is “beef that happens not to be made from a cow. But it’s beef. This isn’t a ‘better veggie burger.’ It’s meat. If you don’t want to eat meat I’m not sure this product will appeal to you.”

Stanford University biochemistry professor emeritus Patrick O. Brown started developing the plant-based protein in 2011, and he’s now the CEO of Impossible Foods. The burger had its restaurant debut at David Chang’s Momofuku Nishi (NYC) in 2016 (yes, with non-vegan-friendly toppings). The “ground beef” is comprised of textured wheat protein, coconut oil, and potato protein, plus soy leghemoglobin (aka “heme”), an iron-containing molecule that gives it its medium-rare qualities.

The company touts the environmental impact of its product: the Impossible Burger is produced without hormones, antibiotics, cholesterol or artificial flavors, and uses about 75 percent less water, and 95 percent less land than it takes to raise cows for conventional ground beef. It also emits about 87 percent fewer greenhouse gases.

Will it satisfy your craving for a juicy beef burger? Try it for yourself this week at Little Donkey, Clover, the Butcher Shop, and Mike & Patty’s.
impossiblefoods.com.