Our highly subjective ranking of the city’s hottest dining destinations. 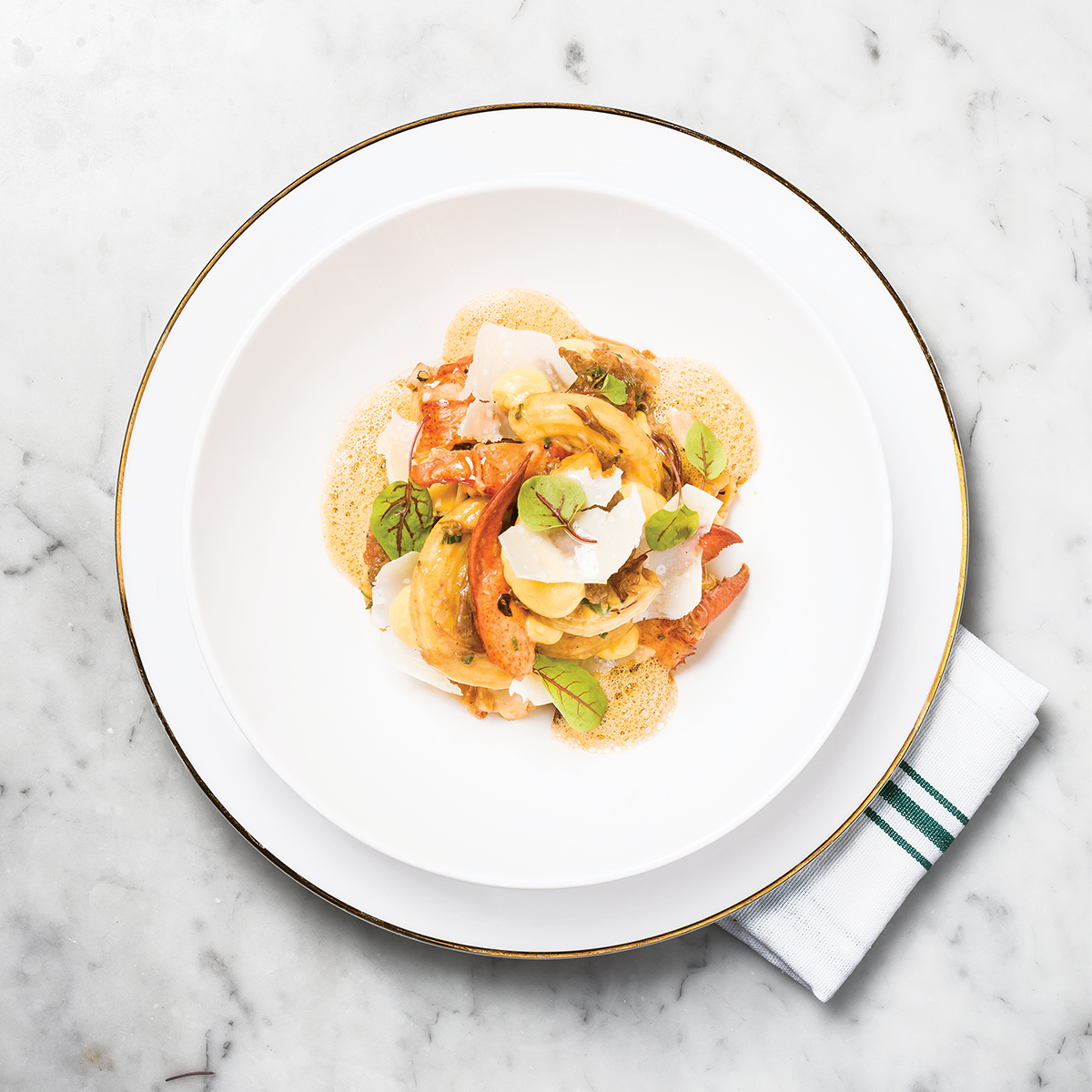 From #14 on our list: House-made rigatoni with lobster-and-oxtail Bolognese. / Photograph by Toan Trinh

Southie hangout or chic tropical lounge? You may find yourself asking that question as you nibble on tobiko-topped ceviche served with crisp plantain chips in the vine-draped atrium, open year round. Given that Publico would attract a well-heeled afterwork crowd on the merits of that open-air bar alone, the menu from chef Keenan Langlois is surprisingly strong, combining Latin-leaning flavors with street-food tropes in unexpected ways (see the crunchy tacos filled with rib-eye tartare).

“Chicken Parm” and “hip Cambridge restaurant” aren’t typically uttered in the same sentence, but in the case of Sulmona, it’s not an oxymoron. The unapologetically red-sauce-forward restaurant slings upgraded renditions of Italian classics—rigatoni amatriciana, succulent lamb skewers with grilled lemon, and, yes, the aforementioned pollo parmigiano, here crowned with a hefty slice of fresh mozzarella. But that doesn’t mean you won’t find moments of creativity on chef Delio Susi’s menu: a pizza special on the night we visited showcased peach, Calabrian chilies, and duck confit nestled atop creamy béchamel—a balanced harmony of sweet, spicy, savory goodness.

It’s a perpetual party at this New Orleans–flavored spot from chef Jason Santos, where pitchers of hurricanes flow freely under the blue glow of the Voodoo Lounge. Just order up the warm honey-glazed biscuits (served with smoked cinnamon butter and pimiento cheese spread, naturally); the juicy, crisp buttermilk-fried chicken thighs; and the fluffiest beignets north of Bourbon Street, and let the good times roll.

First they brought us the stellar Kava Neo-Taverna just as Greek cuisine was starting to crest in Boston. Now, with their new Latin-tinged raw bar, these under-the-radar restaurateurs are once again proving they have a knack for nailing how we want to eat now. Find fresh red snapper awash in ají amarillo–amped passion-fruit juice in one tiradito; chili-laced sea bass cooled down by silky coconut milk and cilantro in another. For the diners who eschew raw seafood—there must be some among the tourists and shoppers on Newbury Street—there are bites such as smoked chicken anticuchos (skewers) doused in a garlicky chimichurri you’ll want a spoon to finish.

Strong, straightforward drinks, such as a gin martini dirtied with lemon-thyme brine, are the main draw at this retro-styled, vinyl-record-spinning cocktail joint. But co-owners Chris Schlesinger (the original East Coast Grill) and Dave Cagle (B-Side Lounge) have been around long enough to know that the accompanying food should never be an afterthought. Their salty, spicy, snackable menu is the perfect complement to an evening of imbibing, with never-boring fare such as plantain chips doused in a Doritos-inspired spice blend; noodles with crispy Chinese sausage, pine nuts, and ginger; and a Cubano inspired by the late neighborhood favorite Chez Henri.

From bar programs to bathroom wallpaper, these days some restaurants seem to be obsessing about everything but the food. It’s quite the opposite inside this third-floor Back Bay space, where the über-minimalist white-table-clothed ambiance keeps the attention right where it should be—on chef Carolyn Johnson’s refined cuisine. The 80 Thoreau team’s first city project takes an elegant approach to the seafood category Bostonians love so much, with dishes such as lobster-stuffed skate and caviar-topped monkfish bourride. Even the U-shaped Moon Bar downstairs (serving up a more-casual menu but with the same stark look) boasts high-test touches, including Loire sparklers by the glass and a must-order Mars bar–like frozen dessert that’s topped with warm chocolate upon arrival.

Schools of poke shops have swum into town recently, but the Manoa experience feels less like just another fast-casual fish joint than it does a funky roadside snack shack with really tasty food and a finger on the local pulse. There’s pristine fish, of course, much of which comes from up and down the Northeast corridor (don’t miss the velvety Maine hiramasa bathed in citrus and coconut). But there’s also Kalua pork with bark as thick as Texas brisket, batter-fried chicken thighs, and fresh juices that taste like they’re straight from the tropics.