France Is a Feast showcases Paul Child's black-and-white photography, and offers the most complete biography of Julia Child's husband to date. 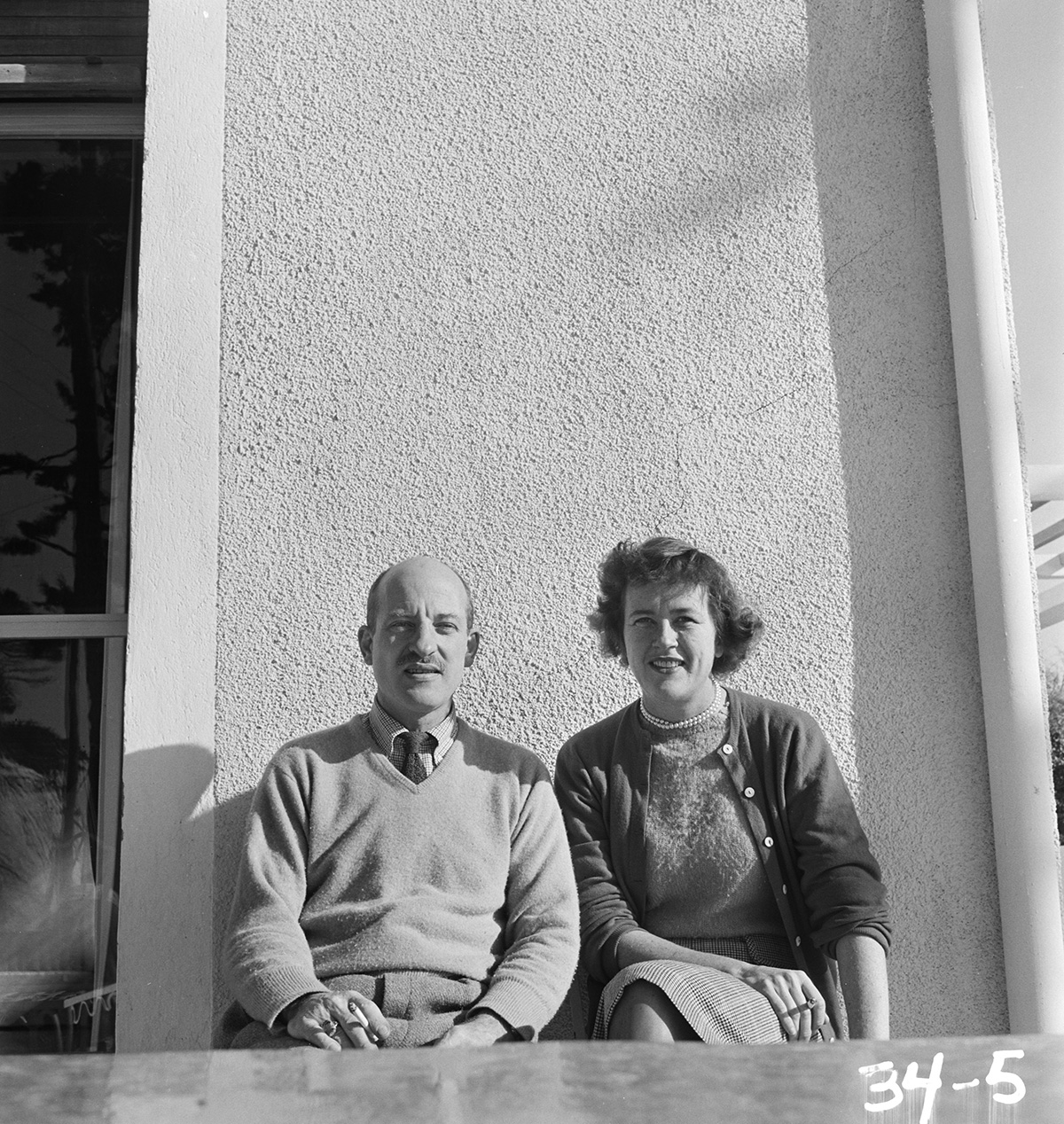 How Julia Child spent the 1950s in Europe is well-documented—she published Mastering the Art of French Cooking right after that time, for one, and her memoir about it, My Life in France, came out in 2006.

But her husband, Paul Child, whom Julia once told food writer Ruth Reichl is “responsible for everything I did,” is less well-known. His engaging black-and-white photographs of Julia and France populate her memoir, cowritten with Paul’s great-nephew Alex Prud’homme. And America’s first TV celebrity chef was effusive about her husband, who predeceased her by 10 years.

But now, Prud’homme has coproduced a “visual extension” of Julia’s memoir, with France Is a Feast. Out today, the 208-page hardcover book, cowritten with Child family friend and photography curator Katie Pratt, features more than 220 black and white photos from Paul’s lens, plus the most detailed biography to date about the man behind Julia Child.

“It gets into his photography and gives him credit as an artist,” Prud’homme says. As far as the biography aspect, “It’s roughly the same story we tell in My Life in France, but it’s from Paul’s perspective, which makes it worthwhile.”

It also features Julia prominently—and intimately. His wife was certainly a muse. 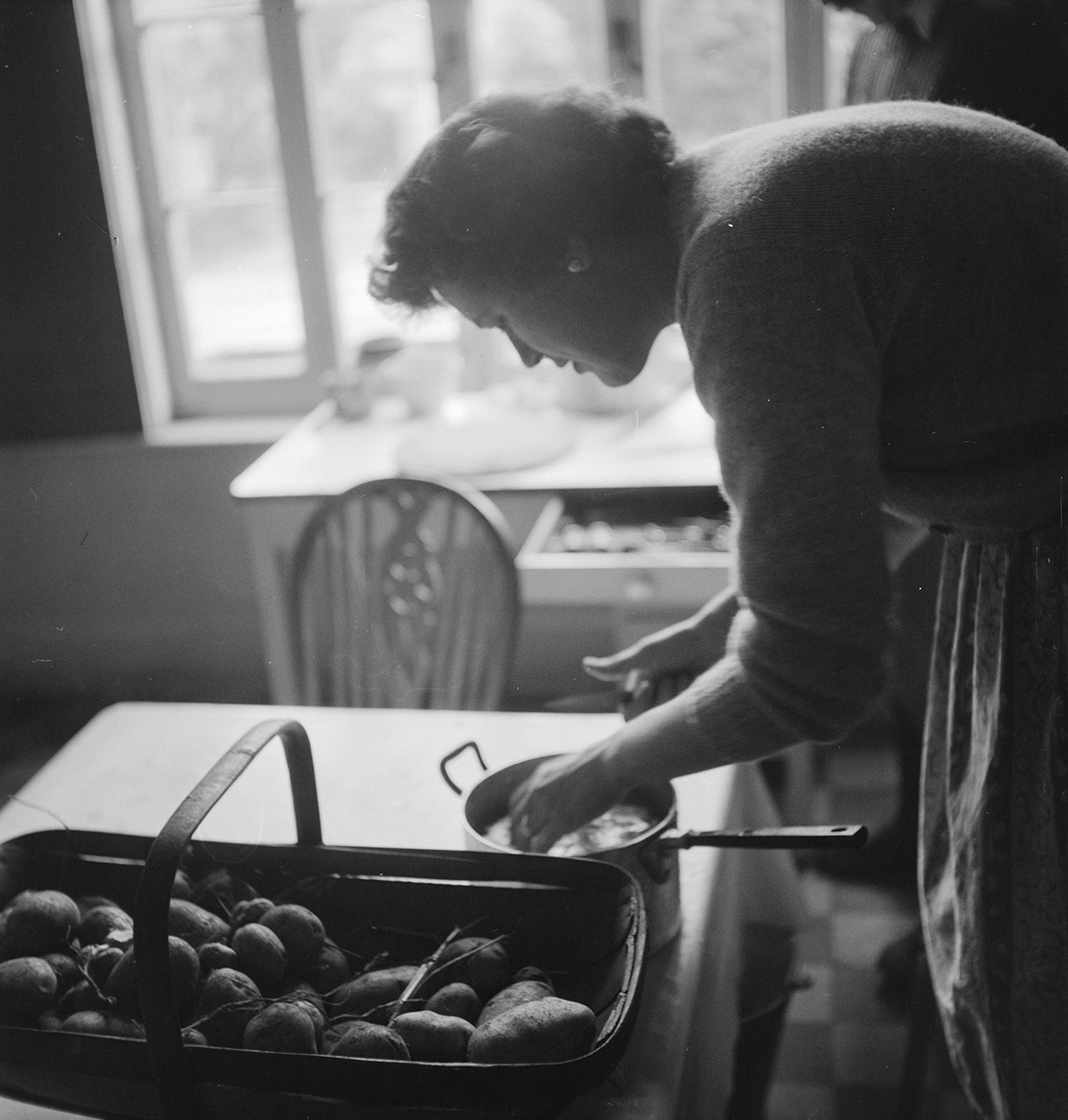 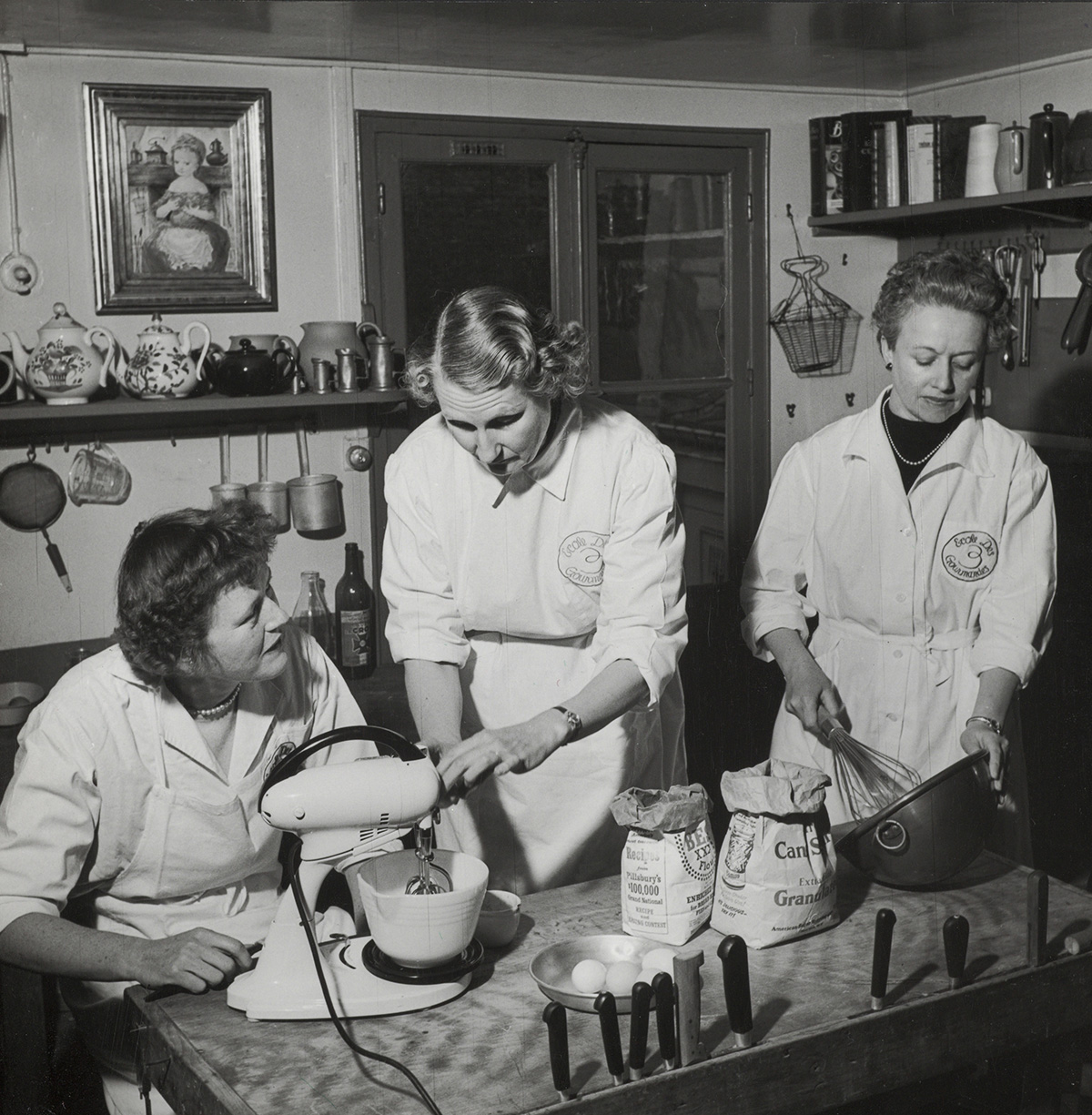 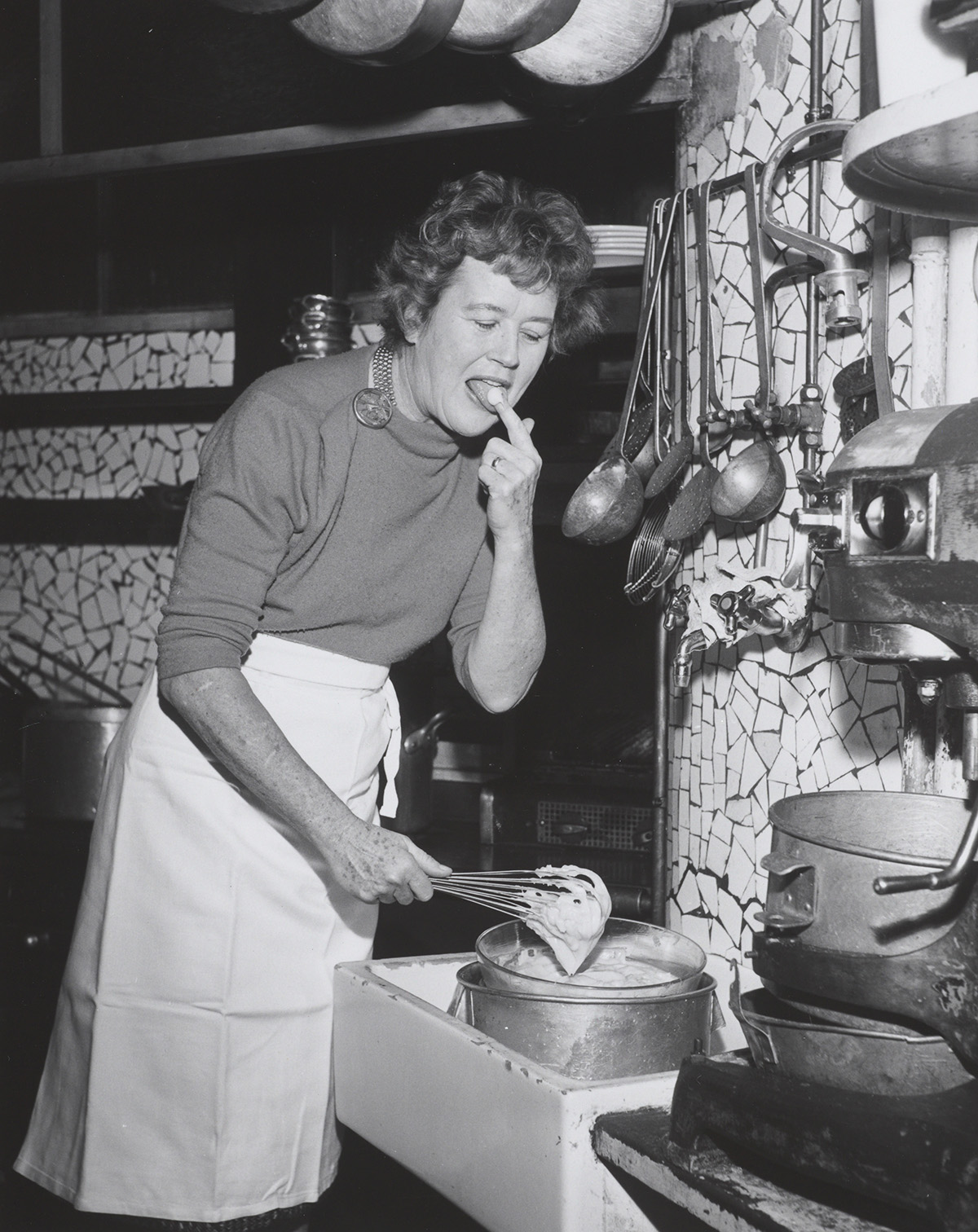 Paul, who was 10 years Julia’s senior, brought the young couple to France in 1948 where he took a job as an exhibits officer with the U.S. Information Agency. It was during the next five years that Julia took up cooking at Le Cordon Bleu, met Simone Beck and Louisette Bertholle, started an informal cooking school with them in her Paris kitchen, and generally had her spirit ignited by France.

By the time the Childs returned to the U.S.—to Cambridge, in 1961—Paul had retired, and Julia took the spotlight. The rest is history.

“He certainly had a robust ego, but he wasn’t conventionally ambitious,” says Pratt, a native Cantabrigian whose parents met the Childs when they first moved here, and who took art lessons from Paul as a child. “He didn’t go for a big corporate job. He did well in diplomatic service, but he didn’t become an ambassador or anything. His passion was Julia and his art.” Citing letters she found in which Paul considers leaving diplomacy to take photos full-time, she adds, “He definitely had artistic ambitions, but he was a true artist who wanted to create for the sake of creating.”

After Paul died and Julia moved out to California, the Schlesinger Library at the Radcliffe Institute at Harvard University accepted boxes of his negatives, prints, and detailed letters he had written to his twin brother, Charlie (Prud’homme’s grandfather). It’s these primary sources that Prud’homme and Pratt used to write France Is a Feast. From a curator’s perspective, Paul’s work brings a lot to the table, Pratt says.

“What was very important to him as a visual artist was order, strong composition, contrast, lots of angular shapes, forms, and perspective,” she says. “Often, there’s a story going on, like, ‘oh, there’s a fisherman, I wonder what his life is like.’ Not only are [Paul’s photos] beautiful art compositions, they make you think about the time and place.” 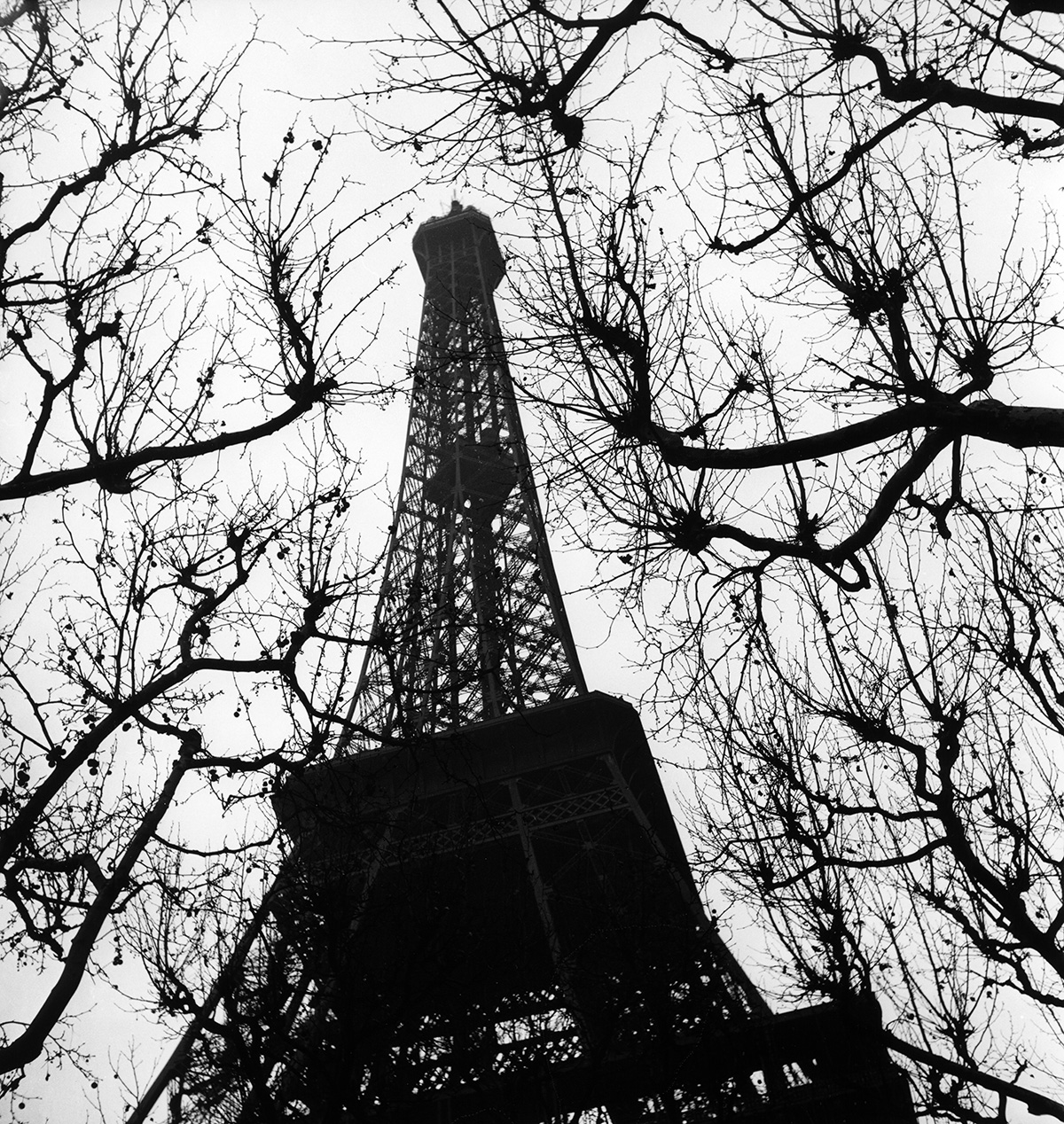 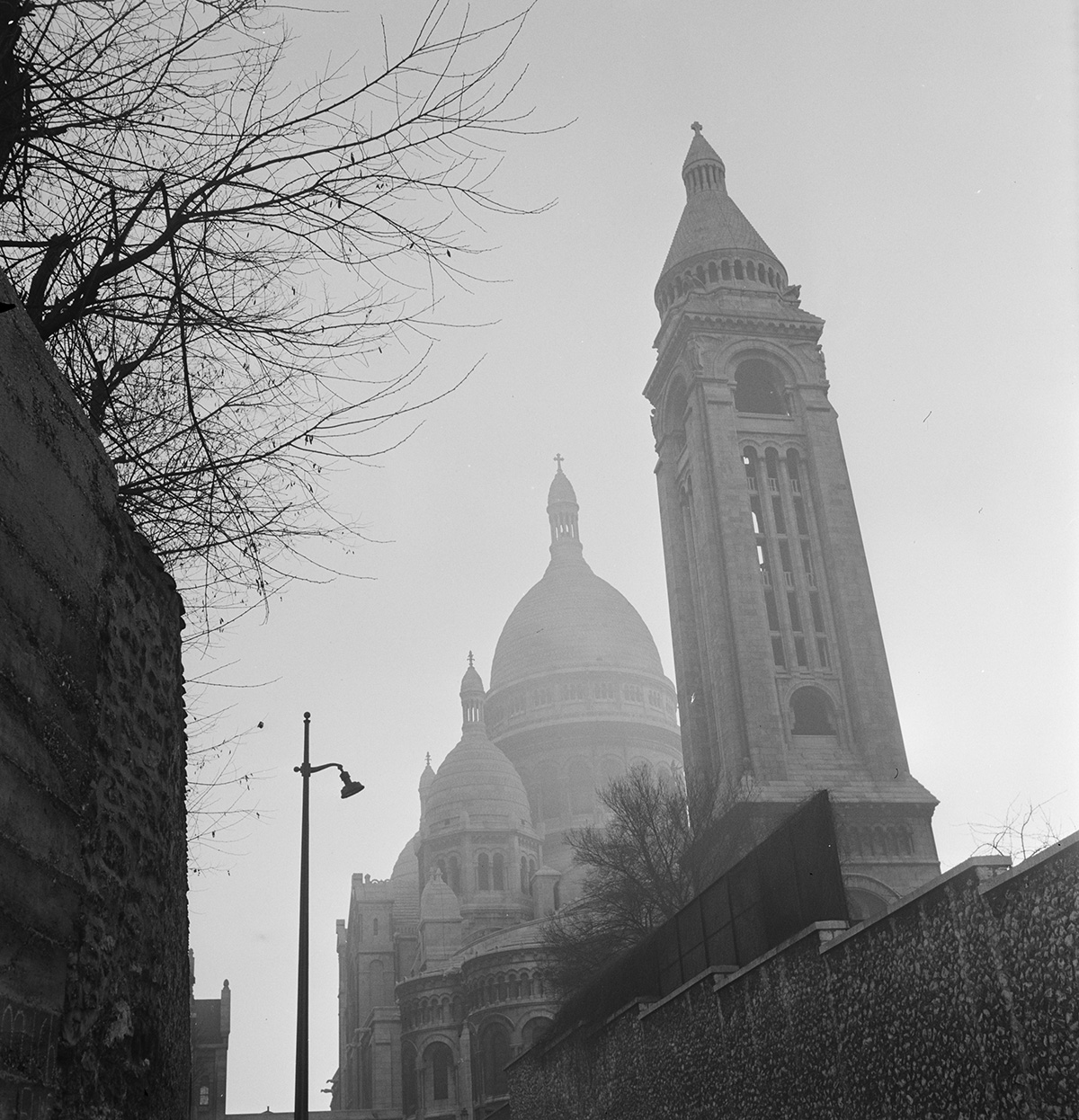 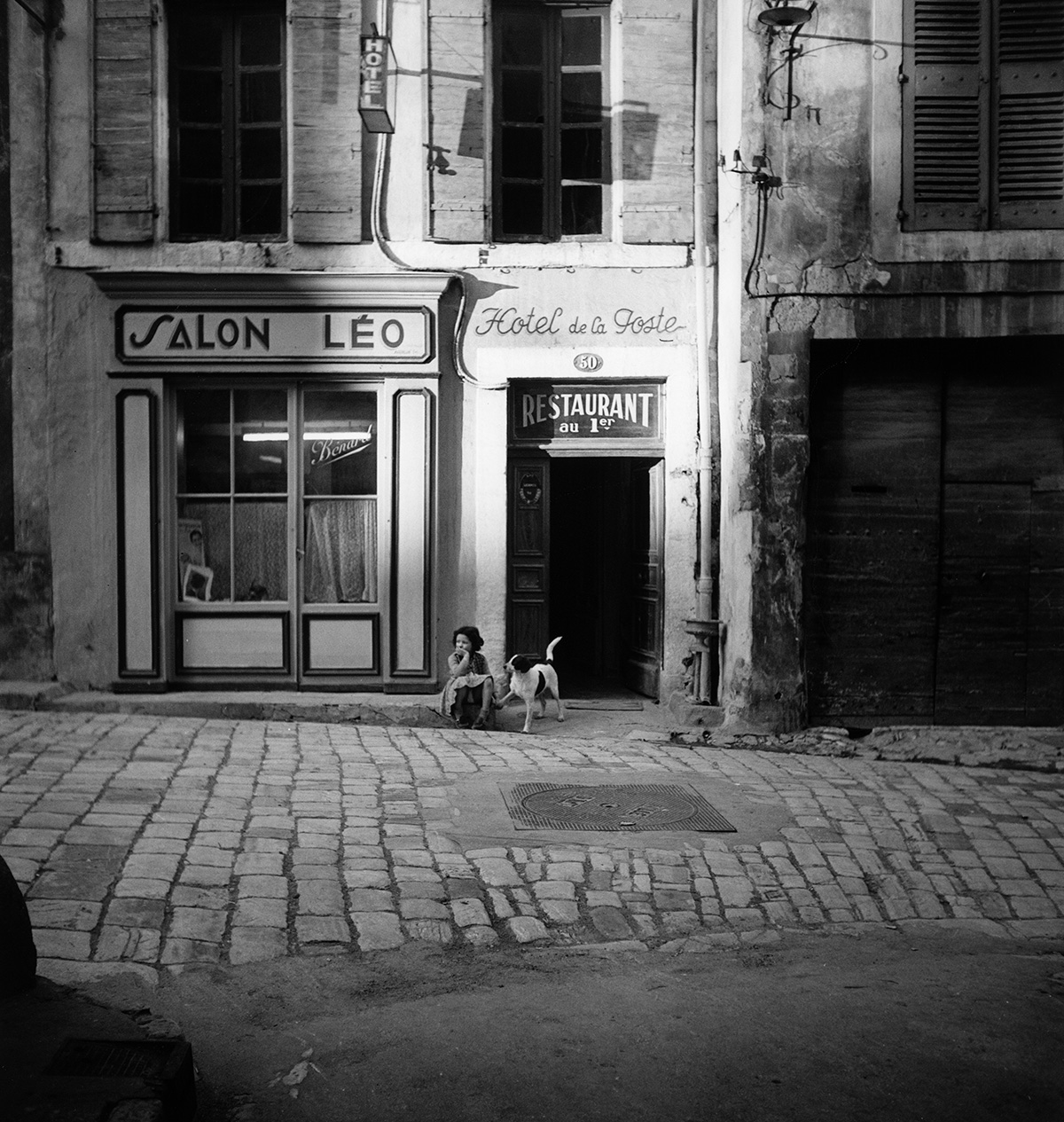 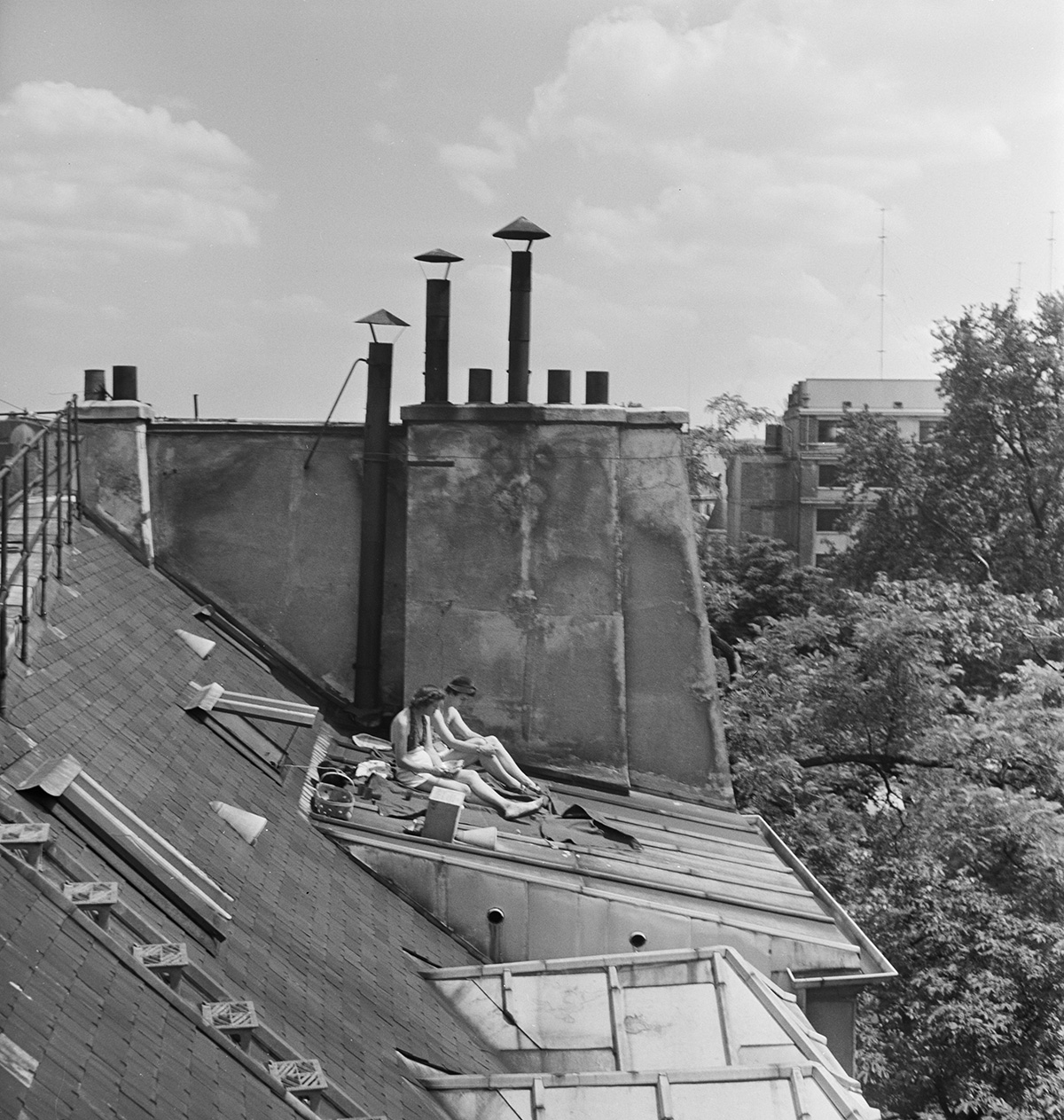 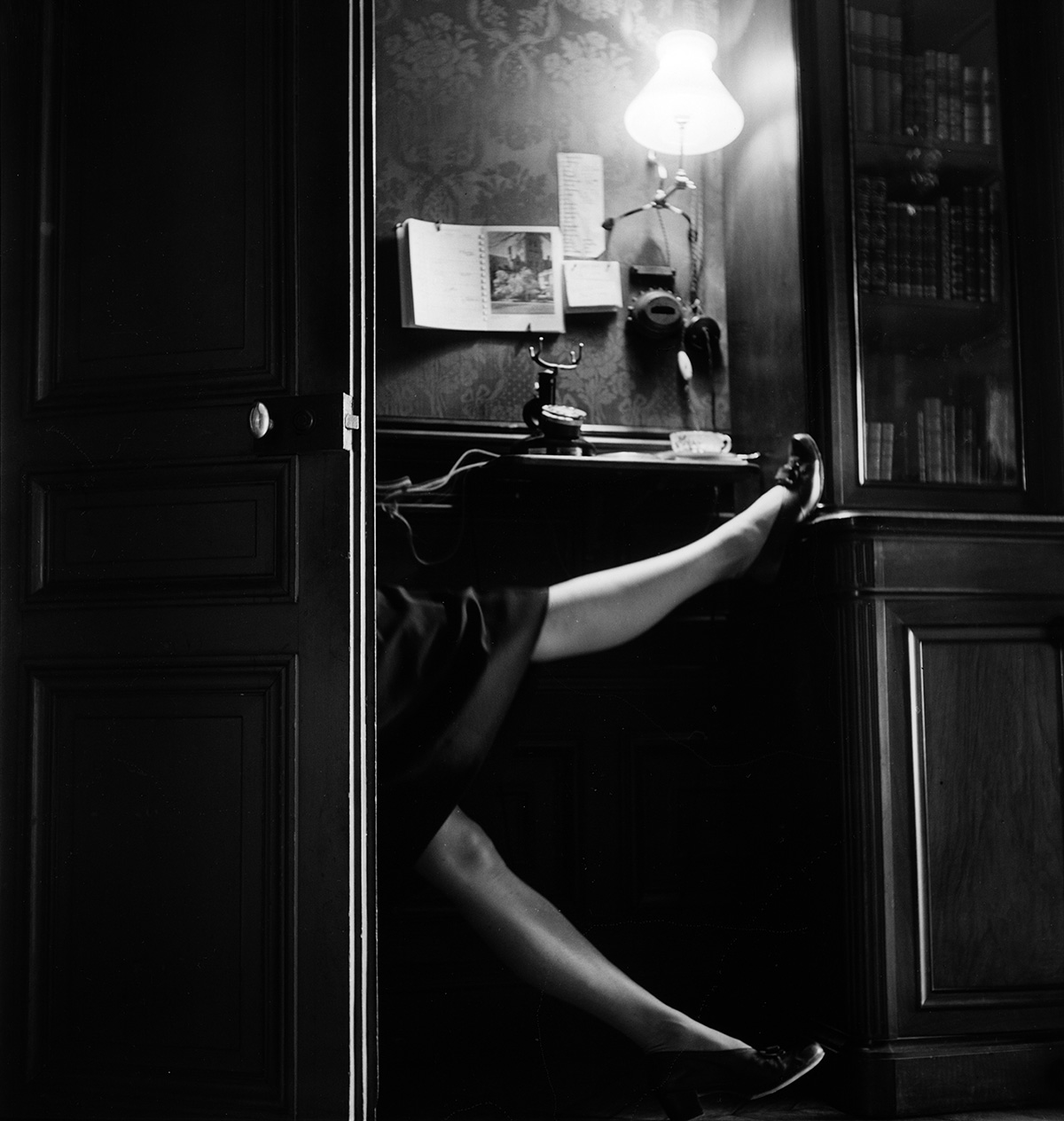 To bring in the biography adds to our understanding of Paul, Prud’homme says. “He had kind of a chaotic upbringing. From a psychological perspective, he was looking for order in his art, a way of taming the chaos,” his great-nephew says. “And yet, there are moments of great humor, too. There’s one shot [in the book] of a man popping his head up from a manhole in the street, and it’s just funny.”

It was Pratt who had originally broached the photo book idea with Julia about 17 years ago, and Julia left her access to it in her will, Pratt says. Prud’homme signed on as he was finishing up The French Chef in America: Julia Child’s Second Act, published last fall.

“As I returned to Julia 10 years after her memoir, it made sense to expand on it with Katie [with France Is a Feast]. I’ve always loved Paul’s photographs, and he was the man behind the scenes in Julia’s life,” Prud’homme says. “It’s such a classic love story. Ultimately all of these books about Paul and Julia are love stories.”

“And their team work,” Pratt adds, “to be each other’s best friend and business partner. It’s a very modern relationship.”

France Is a Feast, published by Thames & Hudson, is in stores now. A companion exhibit of Paul Child’s photos opens next month at the Napa Valley Museum in Yountville, Calif., where it will be on view until February 18, 2018, before heading to other cities.

Prud’homme and Pratt are currently on tour with their new book. They will be in Boston for book signing events on Sunday, Oct. 29 and on Monday, Oct. 30. 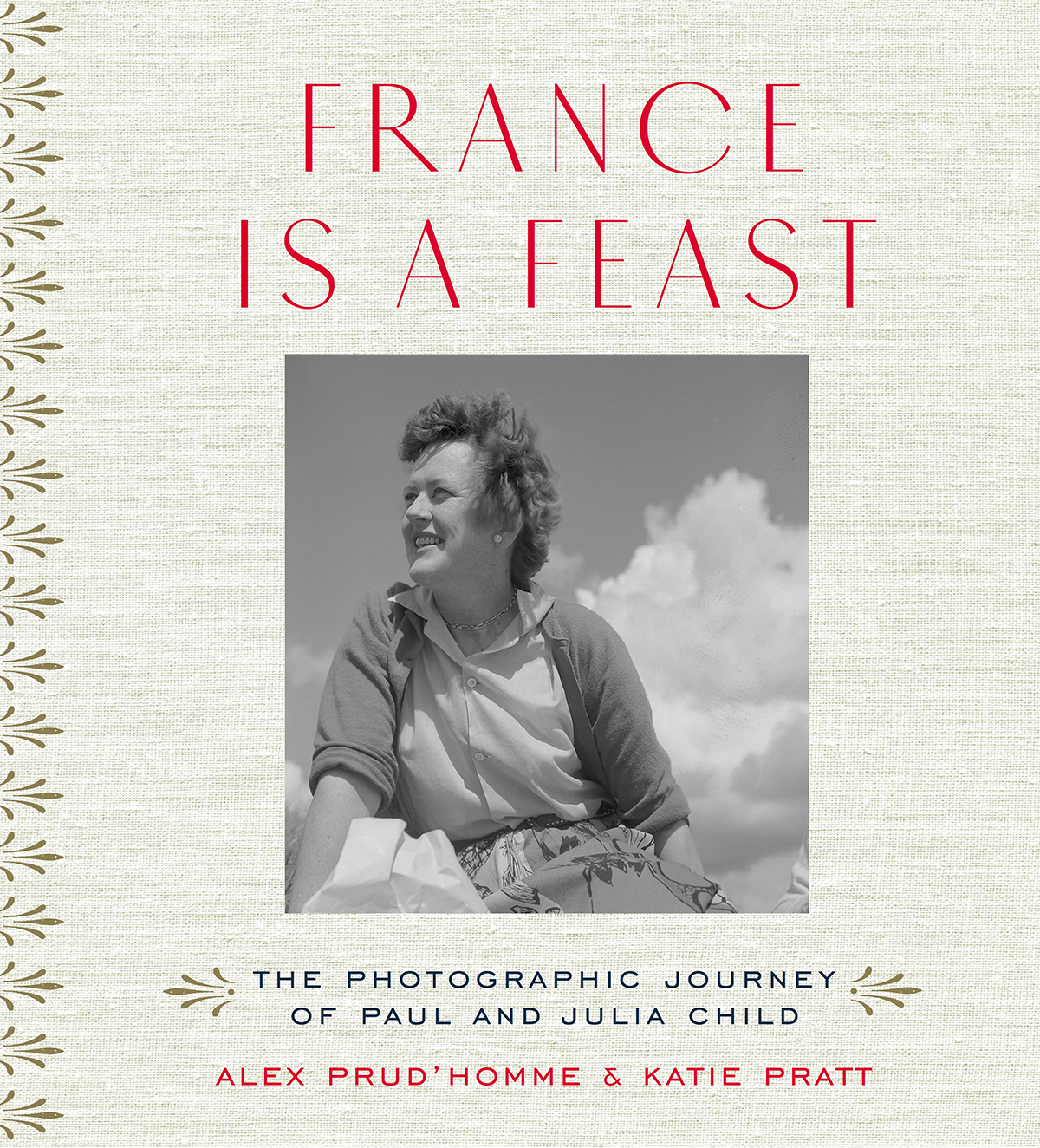