Don your costume Friday, Saturday, Tuesday, or all of the above for these fun food and drink events. 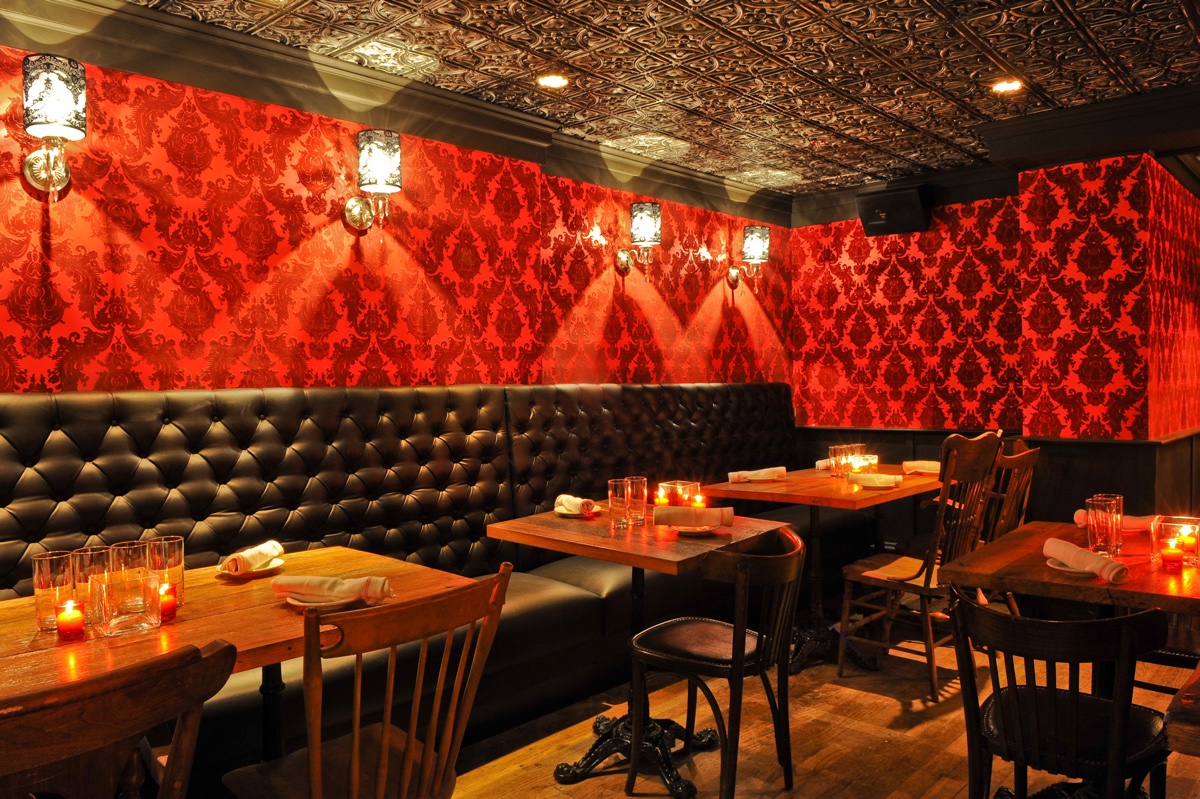 No Halloween weekend plans yet? No problem. Whether you’re looking to get dressed up in costume on Friday, Saturday, or Halloween Tuesday—or all of the above—Boston bars and restaurants are here for you. Check out the best dining-and-drinking events, from a punk party in memory of the Rat, to a vampy rooftop soiree in Back Bay, table-side tarot in the South End, and more. 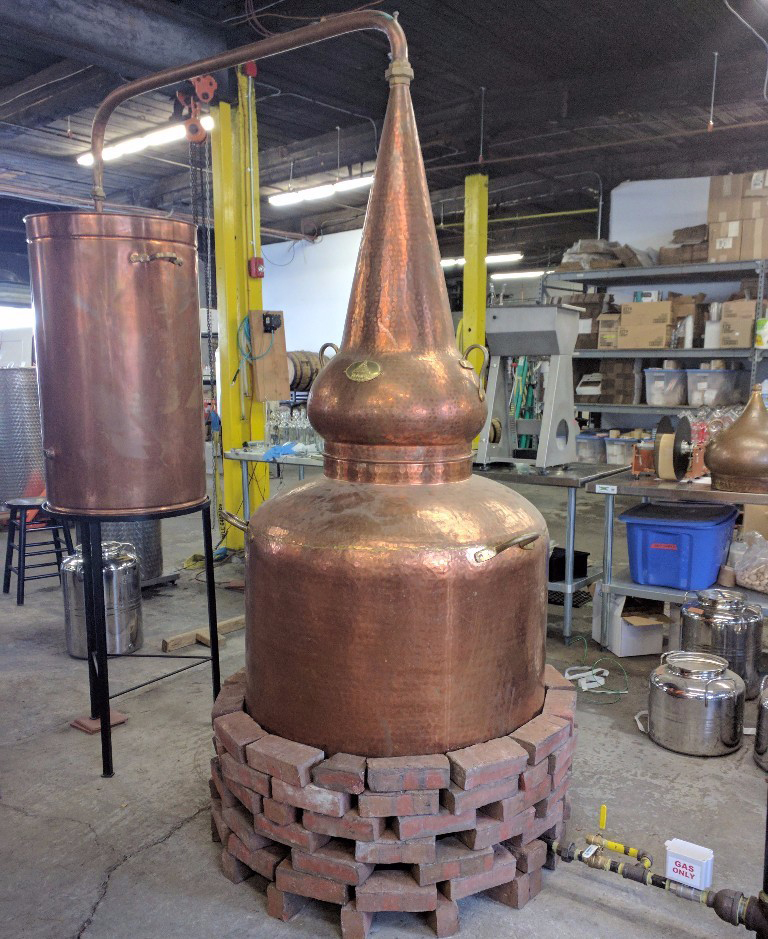 The cauldrons are certainly bubbling in Everett’s Fermentation District. Short Path Distillery has finally begun its long-promised whiskey production, and while that spirit won’t be available during this year’s Halloween block party on Friday night, there’s plenty more in store at the distillery, and neighboring breweries Bone Up and Night Shift. Find special booze and beer releases, a henna tattoo artist, live music, an “Arch Enemies”-themed costume contest, a comic book signing, candy pairings, and more in the ’hood. On Saturday, Night Shift unearths beers from the crypt, as well.

Kimpton Marlowe Hotel and Bambara Kitchen & Bar team up for a Halloween party in the Upside Down. The hotel’s outdoor courtyard will be illuminated and transformed into an ’80s dimension complete with Eggo waffles, a Demogorgon cocktail, and more. Tickets come with two complimentary drinks. 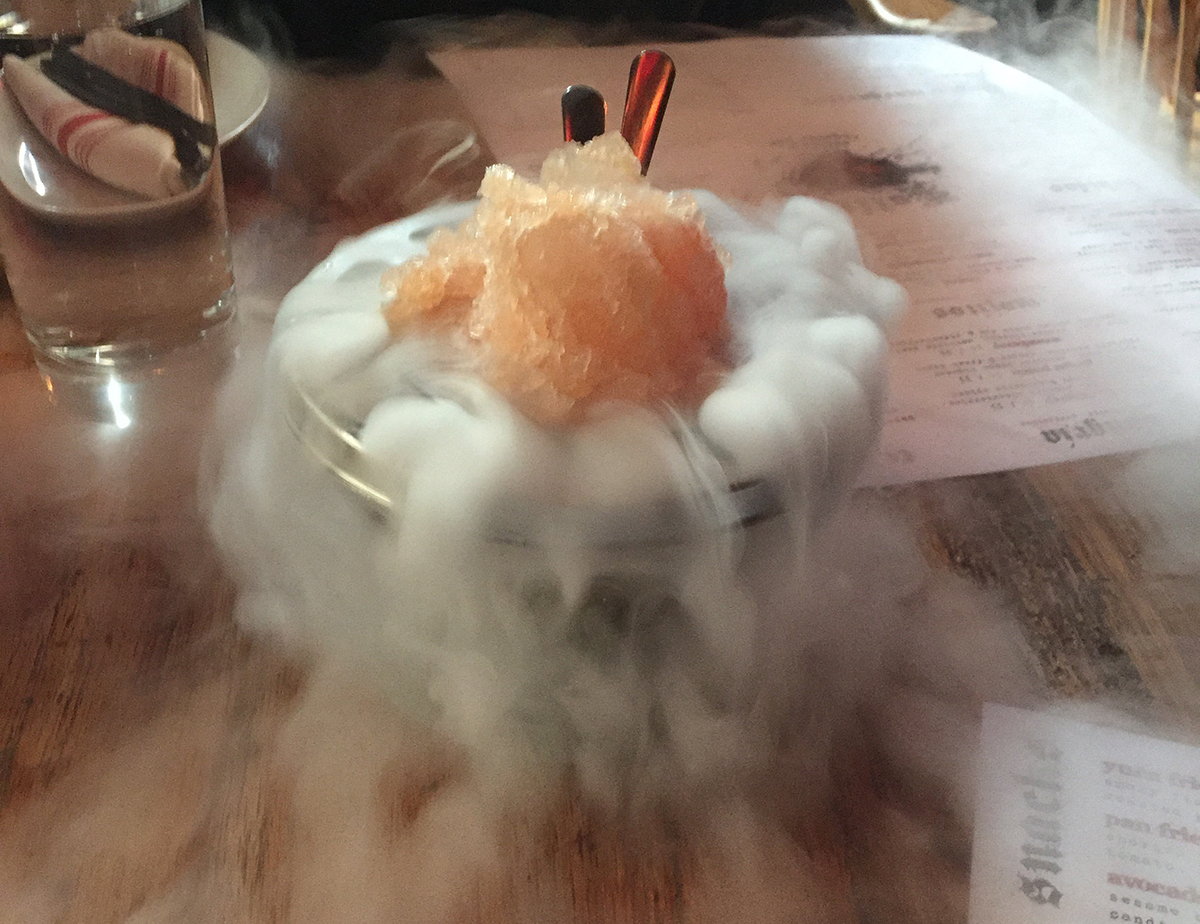 Bright, beautiful sugar skulls are part of traditional Day of the Dead celebrations, as decorative objects and gifts for both the living and the dead. Lolita Cocina & Tequila Bar embraces skull decor year-round, and for Hallo-weekend, the original Back Bay location (not its brand new Fort Point sister) is bringing in a sugar skull face painting pro so you can, too. Start with a dinner reservation that night, where each guest is treated to a complimentary grapefruit granita, a palate cleanser served “smoking” with a dash of tequila. 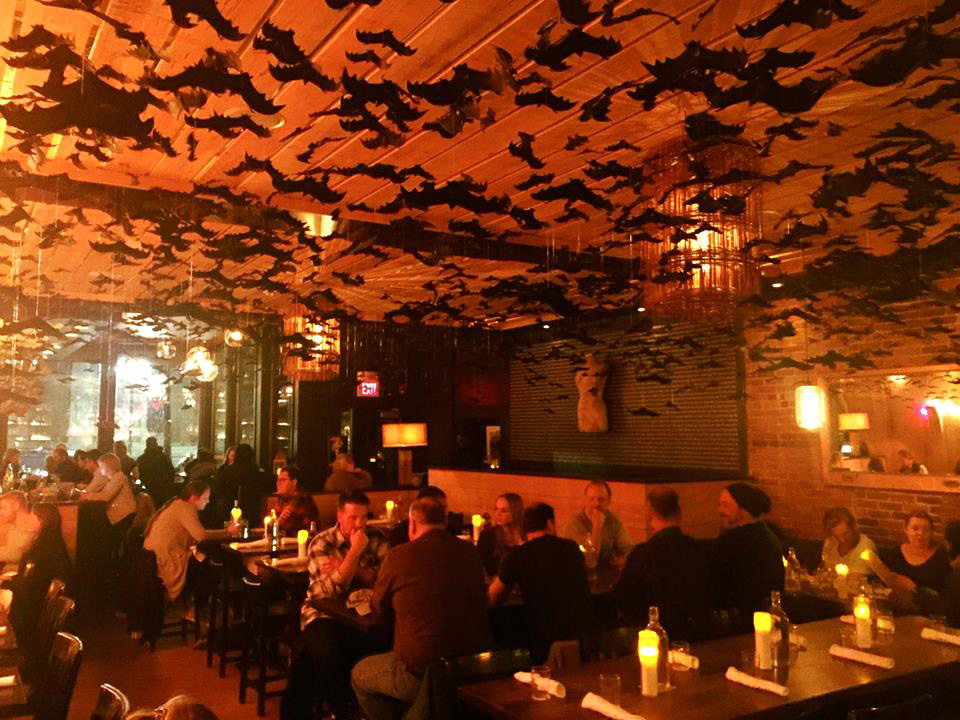 The Gallows on “Galloween.” / photo provided

The year-round, giant Ouija board should clue you in: The Gallows loves Halloween. The South End restaurant’s annual celebration returns this year with specials like the Bleeding Hearts burger, with smoked beef heart, bacon jam, and foie gras aioli; and the Gallows classics, like Zed’s Dead Baby cocktail with ginger bourbon and blood orange. DJ YVNG PAVL is spinning all night, and the bats flying up above should leave you alone.

Get wild in South Boston. Loco Taqueria & Oyster Bar’s fête is animal-themed, so break out your cat ears and brush up your tail. The zoo keepers (aka the Loco team) will be dishing out specials, and DJ Ryan Brown is spinning tunes all night. 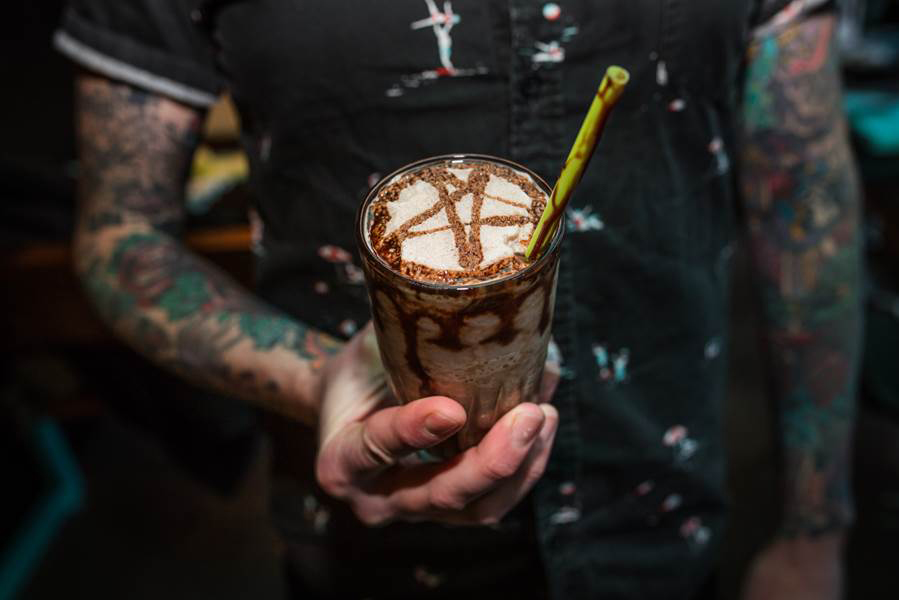 The Automatic’s mudslide dressed up for Hell Night. / Photo by Creative Katz

The Automatic Bar has brought the old East Coast Grill’s Hell Night back from the dead. Chris Schlesinger’s new Cambridge bar is at it again the night before Halloween, with fiery specials like 3 Drunk Devils on Horseback, chef Martin Su’s molten lava shrimp ceviche, ginger shrimp + pork dumpling roulette, and more. Pro tip: the Automatic’s frozen mudslide will help ease the peppery pain. Reservations are filling up, but call now to check availability.

Trick-or-treating in the South End? Warm up at the Butcher Shop: Barbara Lynch’s spot is offering complimentary cider and treats. If you’re dining in, make sure to get a visit from the table-side tarot card reader. Make your Halloween reservation now. 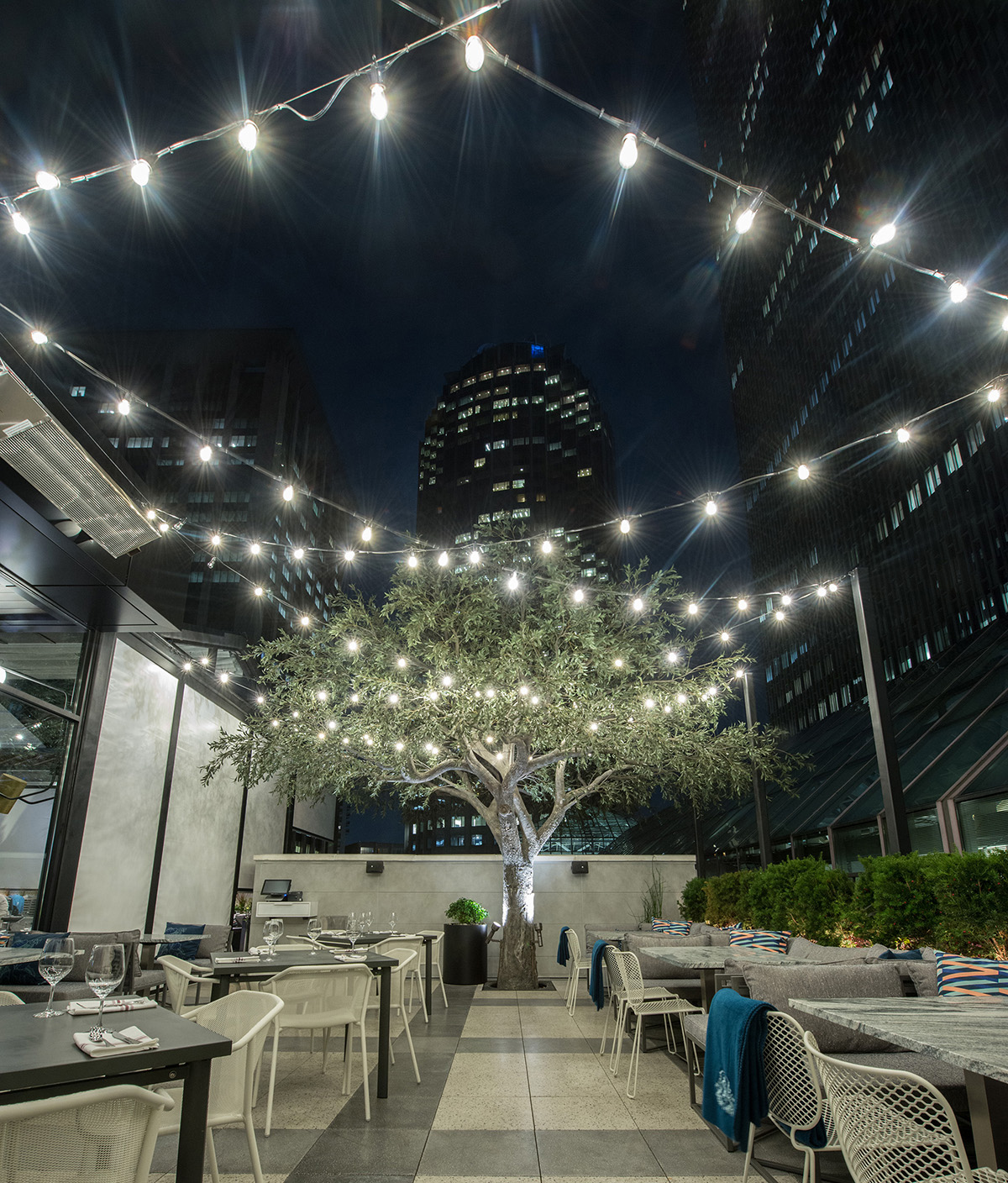 The twinkling rooftop bar at the brand new Earls at the Prudential transforms into a demonic den on Halloween. The vampire soiree will feature Jell-O shots, plus $5 wines and beers, a DJ, a photo booth, and more. 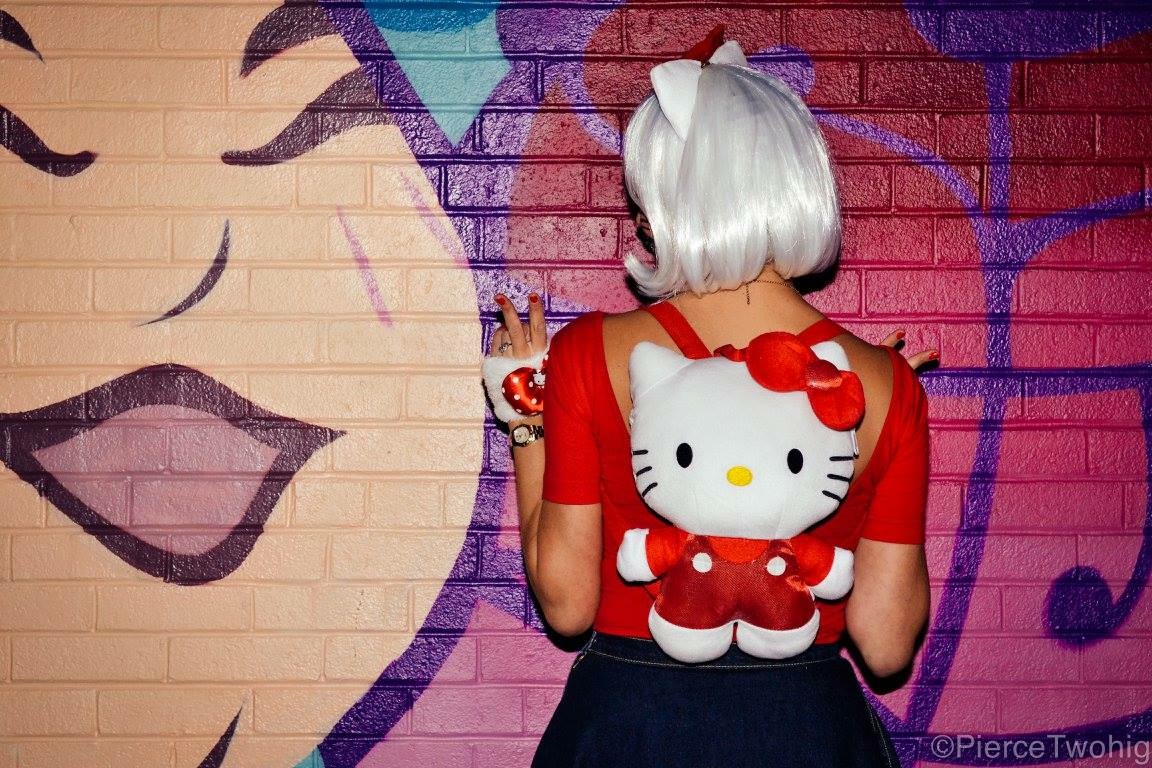 Get gloomy with live performances by the Cure and Killers cover bands, whom Vanyaland is bringing by for the annual Halloween edition of Hojoko’s house party series. The bar is serving up mezcal specials like the Oaxacan Redhook, Fumador, and Naked & Famous & Frozen, plus $3 beers. As the night goes on, the DJ crew CLLCTV takes over for a late-night dance party.

This neighborhood haunt transforms into beehives, anthills, and worm lairs for a creepy-crawly night—make sure to dress your buggy best. Cambridge band Vapors of Morphine are proving two sets of entertainment. 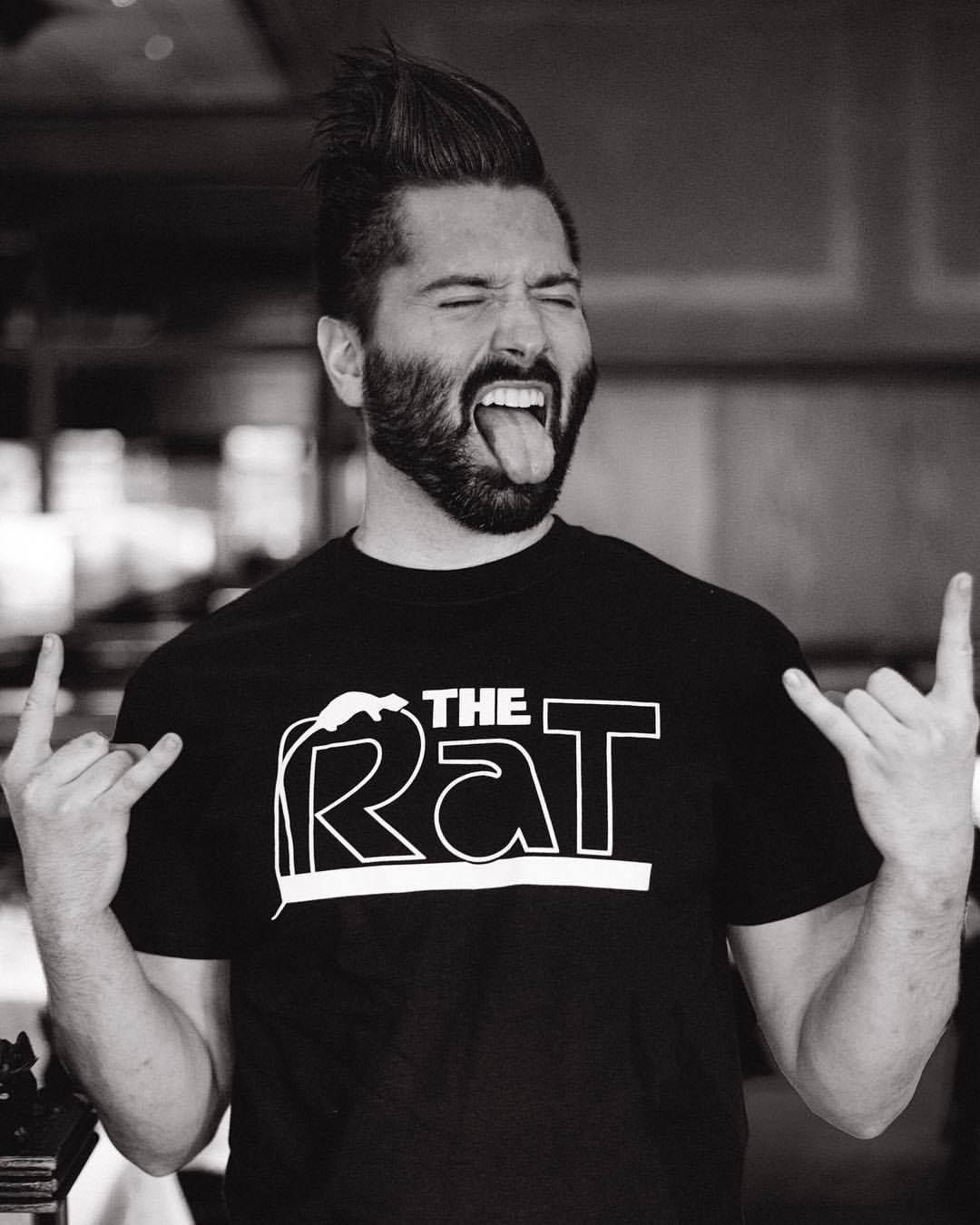 The Rumble At The Rat

The Rathskeller rock club was a centerpiece of the Boston music scene from 1974-1997, hosting acts like the Cars, Pixies, Talking Heads, and R.E.M. It was also the site of the Rumble at the Rat, a Boston battle-of-the-bands royale put on by the late, great WBCN; and home of the rib joint Hoodoo BBQ. This Halloween, the decidedly swankier (but no less essential) Eastern Standard, located on the same footprint as the Rat was, is paying homage to the gritty scene of its past. Chef Matt Garland dove into old Hoodoo BBQ menus to offer specials like Denver lamb ribs, BBQ hot Italian sausage, “ho-made” onion rings, a ham and Swiss sandwich, and more. There will also sub-$10 cocktail specials. The cover charge goes to Right Turn. Come in your best band T-shirt—there will be a costume contest.