A sentimental piece of signage is missing from the Central Square restaurant. 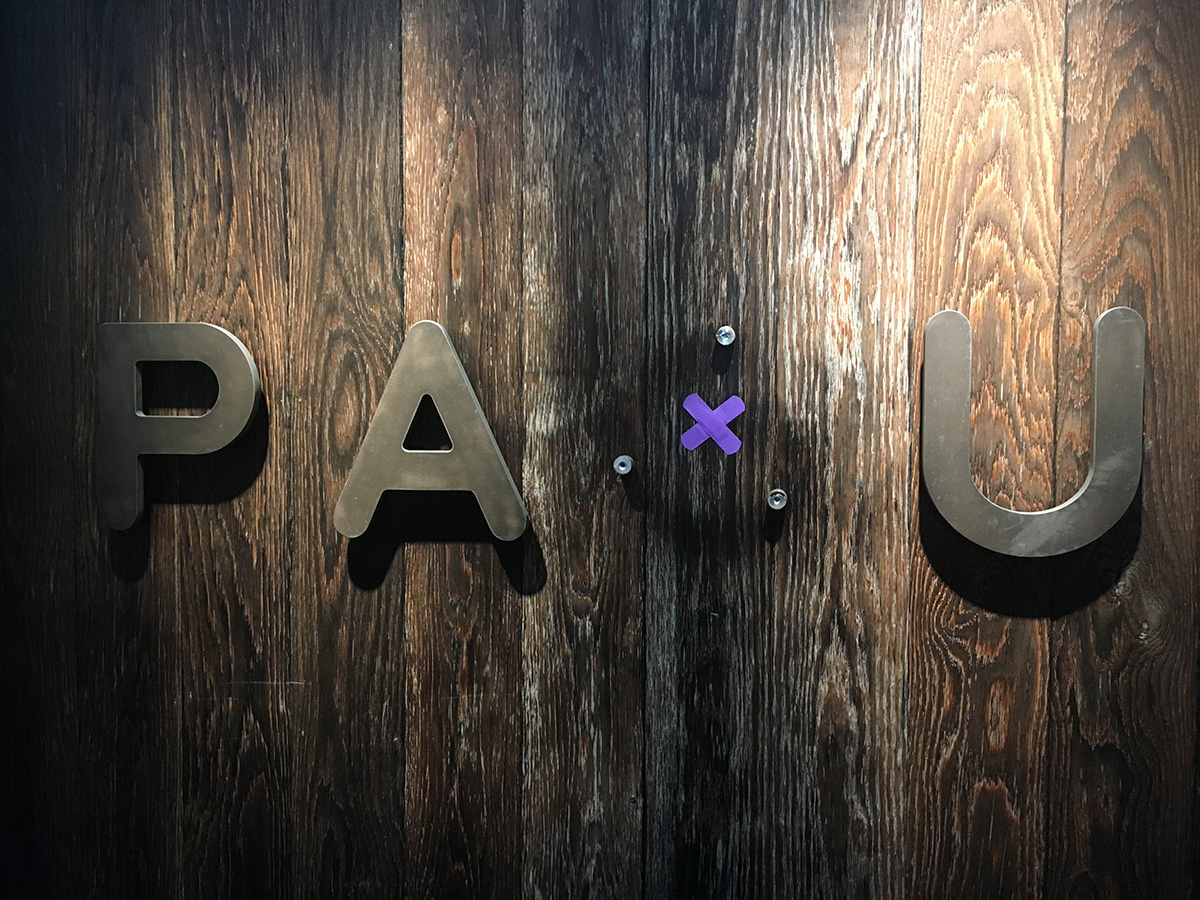 The bronzed “G” that’s part of Pagu’s entryway sign has been missing for more than a week, reports Pagu chef/owner Tracy Chang. She first noticed it was gone on Friday, Oct. 20. Secured on the building exterior adjacent to the main entrance, the sign was custom-made for—and gifted to—Pagu by the millworking company that created the restaurant’s live-edge chef’s counter, the back of its bar and host stand, and more of its interior.

The four, standalone letters—P, A, and U remain—are depicted in a custom font, Chang notes. The G in particular is essential to the Pagu brand—it’s the letter that mimics a pug’s tail. Think it’s so cute you have to take it? Chang notes the same font, and curly-tailed “G,” is on her business card. That would be easier to stick on your cork board.

The company that made the letters has taken measurements to make a new “G,” Chang says, and general manager Adam Silsby put two purple Band-Aids there as a placeholder. (Purple is her favorite color, and that move made her feel a bit better, she says.) But the fact that the “G” can be replaced doesn’t make it OK.

“It was sentimental. It stinks,” Chang says.

And this isn’t the first thing that’s gone missing from the new restaurant. A sand-stuffed cotton, pug-shaped door stopper was likely stolen earlier this month. The Pagu team had decided to prop open the front door on nice days to promote its relatively new breakfast service, using a wedge and the decorative draft guard, but the pug didn’t stick around. Apparently, “We’re not allowed to have nice things,” Chang says.

But here at Boston magazine, we won’t stand for that kind of victim-blaming. Whether a restaurant is on a busy thoroughfare like Mass. Ave. or a hidden alleyway, whether its bar is stocked with the prettiest glassware you ever did see, or even if its bathroom art would look perfect in your bathroom, its signs and other decorations are not yours to take. Did you pocket Pagu’s “G?” While we’re all wondering why, you can just return it, no questions asked. If you have any intel on the missing “G,” feel free to email Chang at info@gopagu.com.

In the meantime, the Pagu team is making the most of its missing G—Chang notes the hole it left is perfectly head-sized, so standing in front of it makes for a fun photo opportunity.