Once a month beginning this Sunday, a new "Bookshelf Beer" will hit the Boston bar menu. 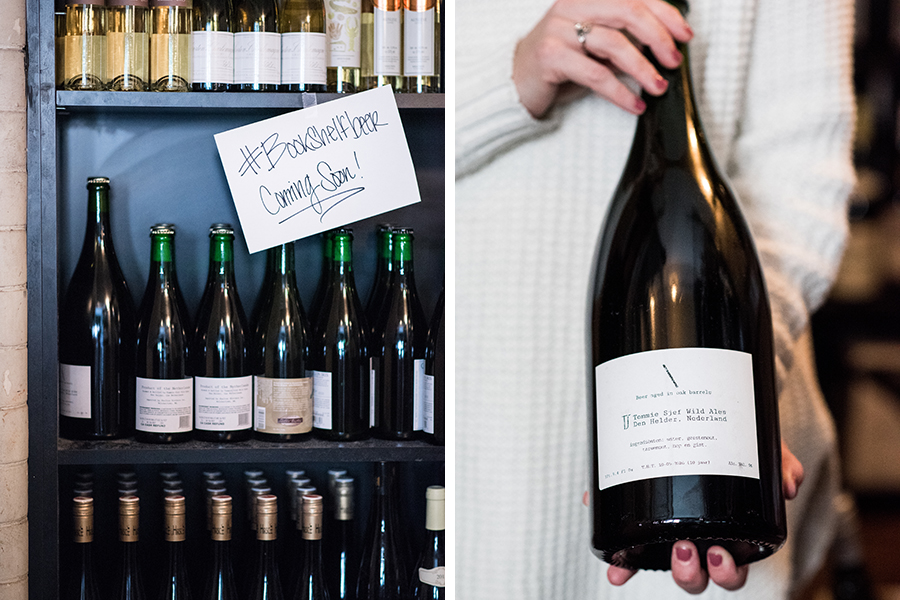 Stocking the cellar with limited-release beers is a fun hobby for many a beer fan, but the envy-induced Instagram likes that might result from the stash is not why Row 34 beer director Suzanne Hays has been collecting rare beers. She’s been doing it for you, Boston. And she’s about ready to share her sips.

Row 34 Boston debuts a new Bookshelf Beer series—named for the storage space the cellar-less Fort Point restaurant has—on Sunday, Nov. 12, at 5 p.m., with a few bottles of Tommie Sjef Wild Ales. The young, Netherlandish microbrewery—which sprung from a Kickstarter campaign—produces complex, fruity, dry, and otherwise funky sour beers in oak barrels. Hays has a few bottles, including a 1.5-liter magnum, of two of the brewery’s variants, which she’ll pour by the glass on Sunday until they run dry.

Going forward, the monthly Bookshelf Beer may be a wooden cask of Schneider Aventinus, Hays suggests, or a flight of consecutive vintages of Orval Trappist Ale, or just a cool by-the-glass draft or bottle offering, she says. Row 34 will announce upcoming Bookshelf Beer events on Instagram, with specific details about each release a day ahead.

“The idea is just to make [little-known beers] approachable,” she says, by highlighting one bottle, cask, or maker at a time, rather than offering a whole list of rare choices.

While Row 34 has always held onto some special bottles over its nearly four years of being an awesome place to drink beer, Hays says there was never really a plan for them.

“I wanted to add a little depth to the existing list,” she says, so just over a year ago, she started purposely saving, and in some cases, seeking out, rare beers. As Row 34 is looking ahead to its four-year anniversary on November 26, the team decided now is the time to start sharing them “to showcase how far we’ve come,” Hays says.

Going forward, the Bookshelf Beer may lend itself to an oyster pairing, or another dining special, she adds. But for now, Hays is just antsy to start sharing the liquid gold.

“My hope is people will come out and be able to enjoy something maybe they wouldn’t be able to before.”