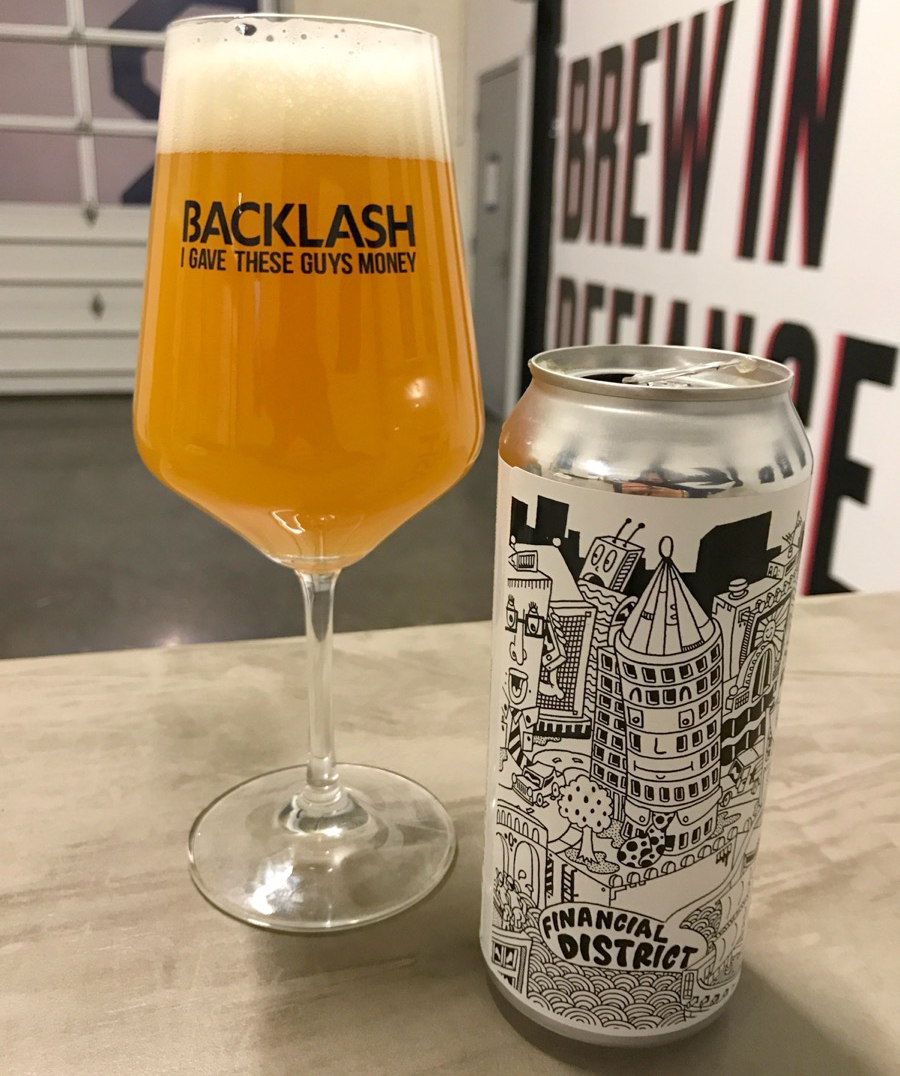 We highly doubt the latest Stomping Grounds IPA from Backlash Beer actually tastes like downtown Boston, but the Financial District is what you’ll be sipping after the latest sneak peek at the forthcoming Roxbury brewery. Backlash is hosting a weekend-long, takeaway-only can release of Financial District IPA, and Decision Juice, a hoppy, full-flavored sessionable beer that “won’t leave you feeling like you made a handful of questionable choices,” per the brewery’s Instagram. Financial District, named for the neighborhood where the Backlash cofounders first met, is a hop bomb with Citra, El Dorado, Mosaic and Amarillo hops, and another fun label by artist Ben Jundanian. 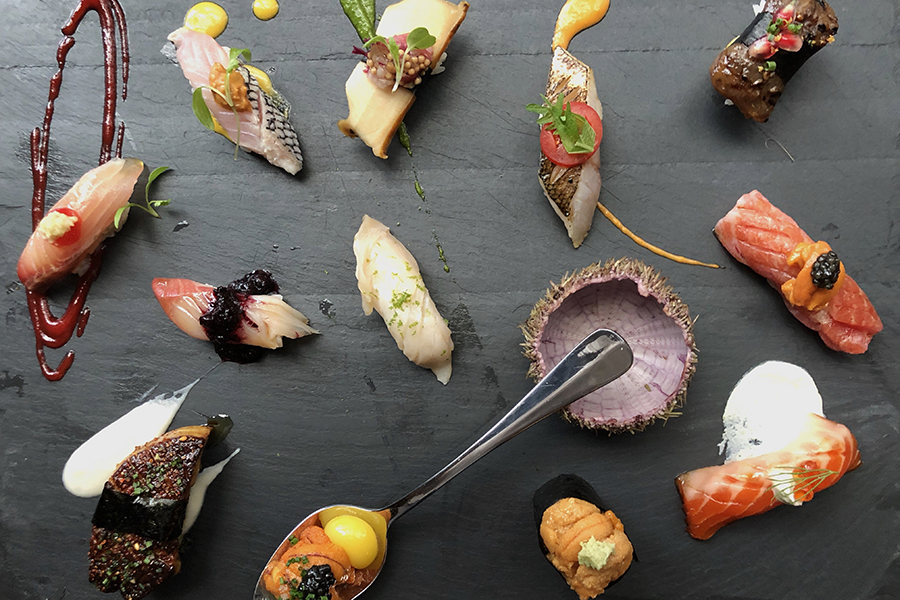 A little overwhelmed about what to order at the best sushi restaurant in Boston? Let chef Tony Messina do the thinking for you. Ken Oringer’s partner at Uni debuted two tiers of sushi omakase—a Japanese phrase meaning “I’ll leave it up to you”—this month, both available nightly during dinner service. The Chef’s Selection ($58) features 10 pieces of handmade nigiri and traditional accompaniments, like wasabi and soy sauce; while the Tsukiji Market Selection ($90) comes with 10 pieces showcasing rare, high-end ingredients like fatty tuna, A5 wagyu beef, and fish from Tokyo’s famous fish market, along with nontraditional garnishes. 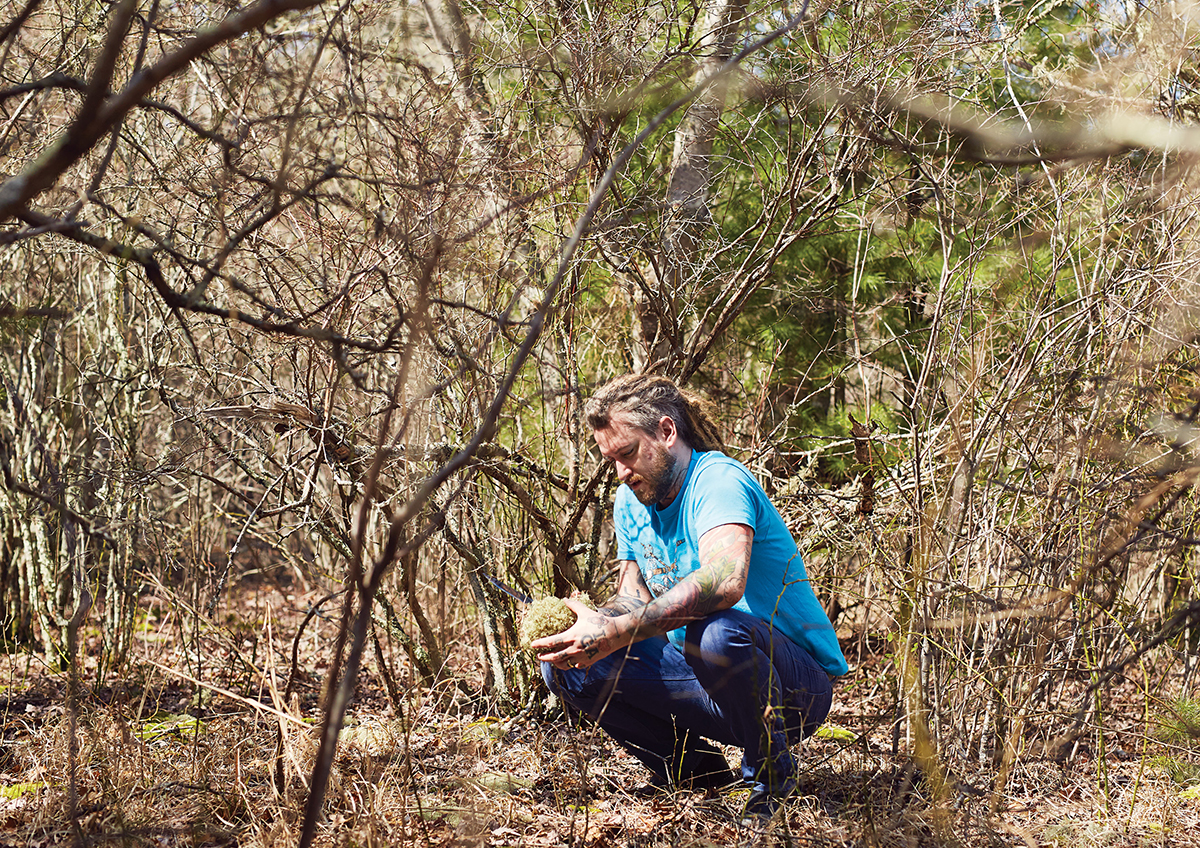 Baltzley forages for reindeer lichen and oysters around Waquoit Bay. / Photograph by Pat Piasecki for “Wild at Heart”

Feeling a little cabin fever as stick season sets in? Take a road trip this Saturday. It’ll be nice, if chilly; stay warm in the glow of a fire-roasted feast. The Buffalo Jump is hosting an all-star team of chefs for a Sonoma Resilience Fund charity pig roast in Falmouth. Brandon and Laura Higgins Baltzley welcome Dan Amighi, chef of Boston’s best new restaurant Café du Pays; San Diego-based Claudette Zepeda Wilkins, a Top Chef Mexico alum and a contender on the upcoming 15th season here in the U.S.; and Marc Swierkowski, chef of Ella’s Wood Burning Oven in Wareham to the Buffalo Jump’s home of Coonamessett Farm. For the daytime party, the chefs will make a variety of porky canapes and sides to accompany a whole-roasted pig. “There’s obviously a lot of things going on in the world that need attention, funds, and action,” Brandon Baltzley says in a press release. “I picked the Sonoma County Resilience Fund because we just spent a week in that area. We have colleagues, friends, and family there. Laura went to culinary school there. And the effects of those fires will be felt for years.” The event is BYOB. Call 508-361-2361 for tickets. 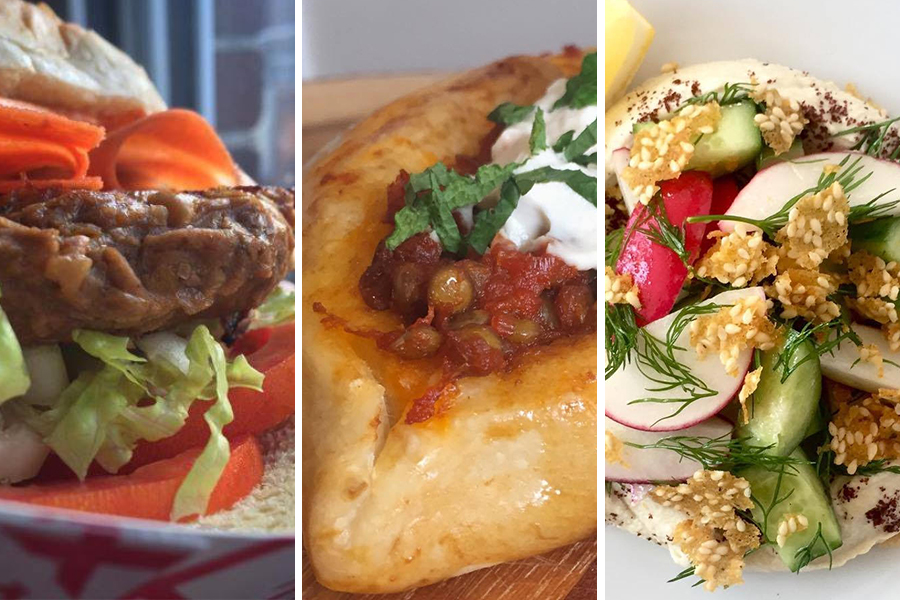 A Seitan-Chickpea Burger and Vegan Meze

Littleburg, a new venture from Oleana cook Graham Boswell, starts a monthly pop-up at Arlington’s Local Fare this Saturday. Littleburg has a burger—it’s Boswell’s signature vegan patty, made of seitan, chickpeas, mirepoix, and other flavorful ingredients, topped with seasonal accompaniments. But the focus of Boswell’s new concept is “food that makes people see vegetables differently, and connect with cuisine from different parts of the world,” he says. Expect things like tomato-and-lentil pide, and braised Brussels sprout leaves with apple, shallot, and smoked paprika skordalia. His vegan cuisine is inspired by the Eastern Mediterranean meze he makes at his day job, and more than a decade of being vegan himself. “There’s a hole in the market for vegan food that is creative, accessible, and fun, stuff that appeals to a wide audience,” he says. Boswell was also, until recently, a baker at Taco Party—so there will be desserts. Check out the a la carte options, and stay in touch with the new pop-up, on Instagram. 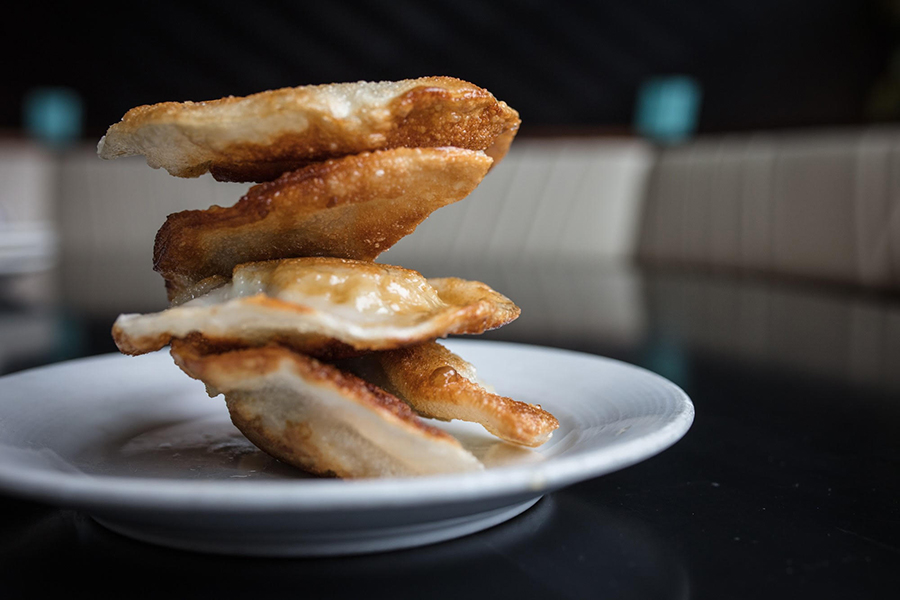 Dumplings at the Automatic. / Photo by Creative Katz provided

The Automatic is bringing stunt eating back for its latest Sunday night event. During Cousin Dave’s Dumpling Demolition Derby, owner Dave Cagle is challenging anyone who thinks they can eat more dumplings than he can to take him on. It’s $20 to enter, and the dumpling champion takes home $500.