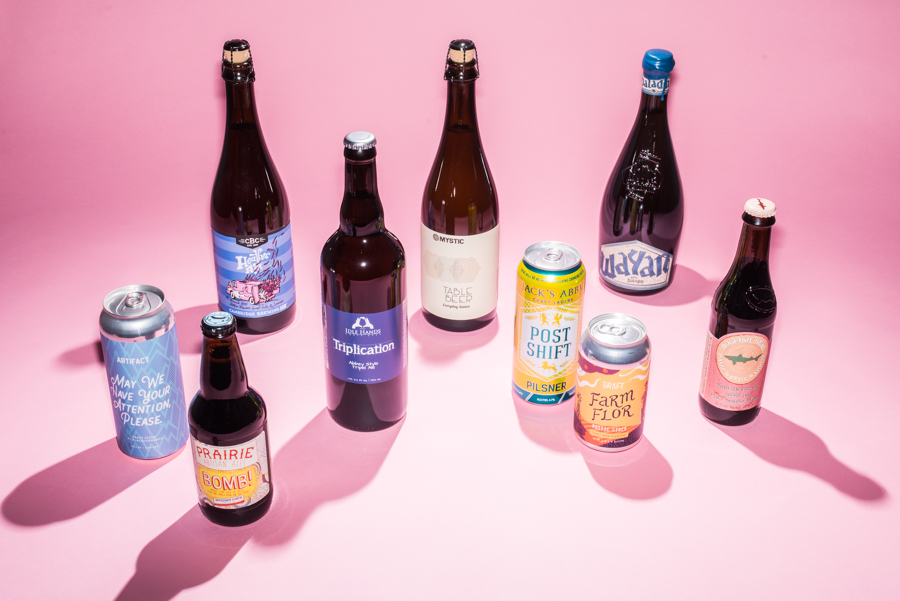 A balanced sauvignon blanc or a bold Nebbiolo might be the more traditional drinks of choice to pair with a day of fall feasting. But with styles ranging from a subtly spicy table beer, to a dessert-like, boozy stout, hops and malt can be just as complementary to turkey, rich roasted vegetables, and pies as vintage grapes are. For recommendations on what beers to serve this Thanksgiving, we asked John McKusick, who manages not only the innovative barrel-aged beer program at Terra, but the beer-buying for all of Eataly Boston.

“Thanksgiving is my favorite holiday, and as an Eataly ambassador you can probably guess why,” says the Boston food emporium’s beer and barrel manager. “Because food is the star of the stage. The pressure of buying gifts isn’t present”—he says, making sure I notice his pun—“so we can all come together and relax as family and friends. Grab a few bottles and place them all over the table and you’re on your way to a good start.”

McKusick provided the format and cost at Eataly Boston for each of his selections, but he notes that many of the following beers are easily attainable at stores throughout greater Boston. 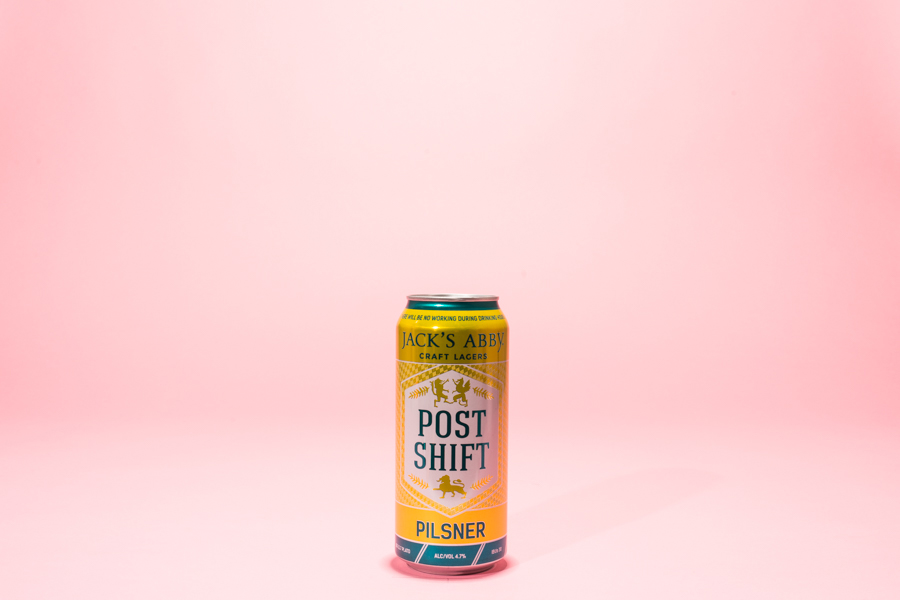 To make sure daylong drinking doesn’t get in the way of the convivial spirit, McKusick suggests starting with “a utilitarian beer,” such as Jack’s Abby Post Shift Pilsner. This refreshing, Framingham-brewed pint clocks in under 5 percent alcohol-by-volume, with crisp, Bavarian hops and malts that make it “a beer that anyone can understand, even Uncle Brian,” McKusick says. 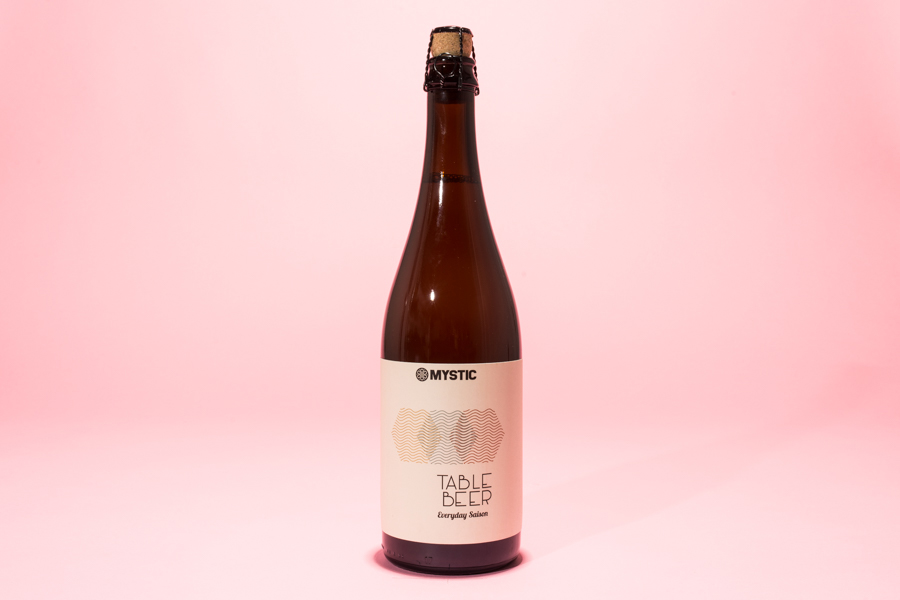 The Pilgrims wouldn’t dream of sipping a glass of water during the first Thanksgiving. Thirst-quenchers then were simple beers—much safer than bacteria-tainted water. Chelsea-based “Mystic brews a great example” of these light, sessionable “table beers,” McKusick says, with its Belgian-style blonde ale branded as such. 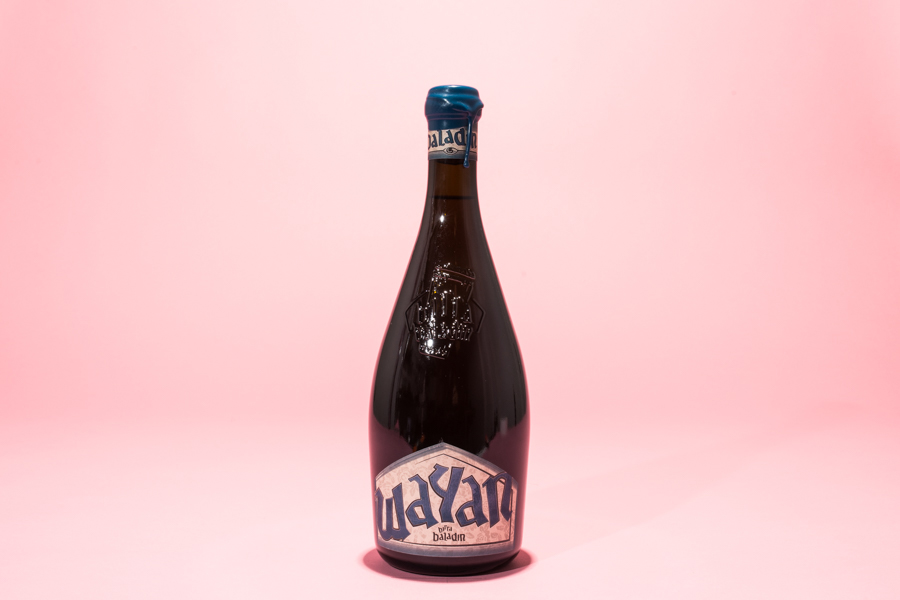 “Thanksgiving is also about sharing, so it is a perfect opportunity to open the wine-sized bottles that you may have been saving for company,” McKusick says. Maybe that includes something from Baladin, an Italian leader in craft beer and the only beer on his list that McKusick says might be hard to find outside Eataly or Craft Beer Cellar Belmont. “Baladin has designed a beautiful bottle shape that was originally meant to be taken seriously next to bottles of Barolo and Barbaresco, which were typical of the [Piemonte] region Baladin hails from,” McKusick explains. Wayan is a spicy, fizzy, and refreshing farmhouse-style saison that will pair perfectly with the traditional Thanksgiving spread, he says. 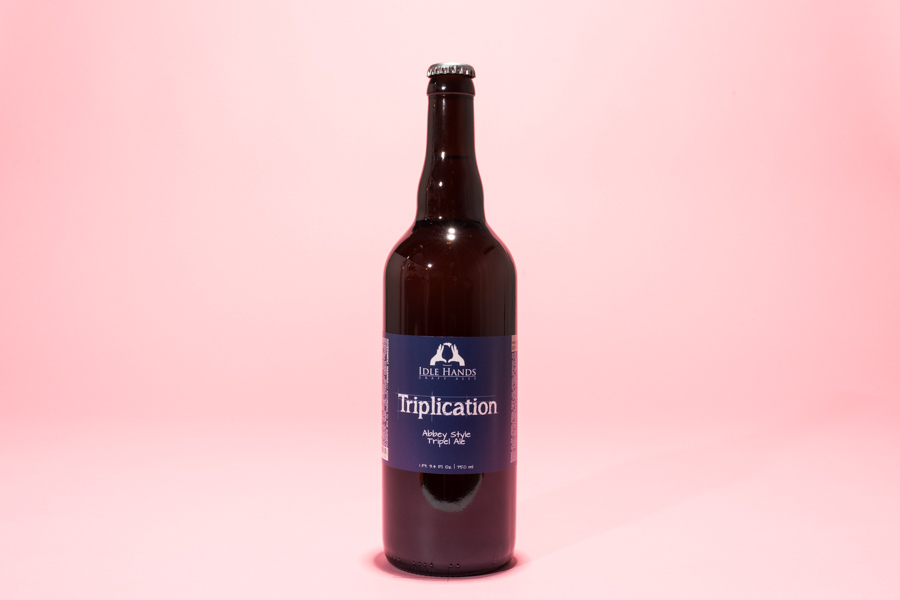 With savory turkey and rich, mellow side dishes, McKusick says he would choose Rhône Valley white wines “as they mirror the weight of the food and opt for melon-like fruitiness over a bright acidity. Acidity can wreak havoc on your Thanksgiving.” The Belgians mastered a style of beer that serves the same purpose, since the country’s climate isn’t conducive to growing grapes, McKusick explains. That’s the Trappist Tripel, a strong, dry, and spicy style that’s “as close to a white wine as we are going to get,” he says. Idle Hands Triplication, a 9-percent ale hailing from Malden, is a solid, local substitute. “It is just like drinking a Westmalle Tripel, but with the freshness of drinking it in Bruges.” 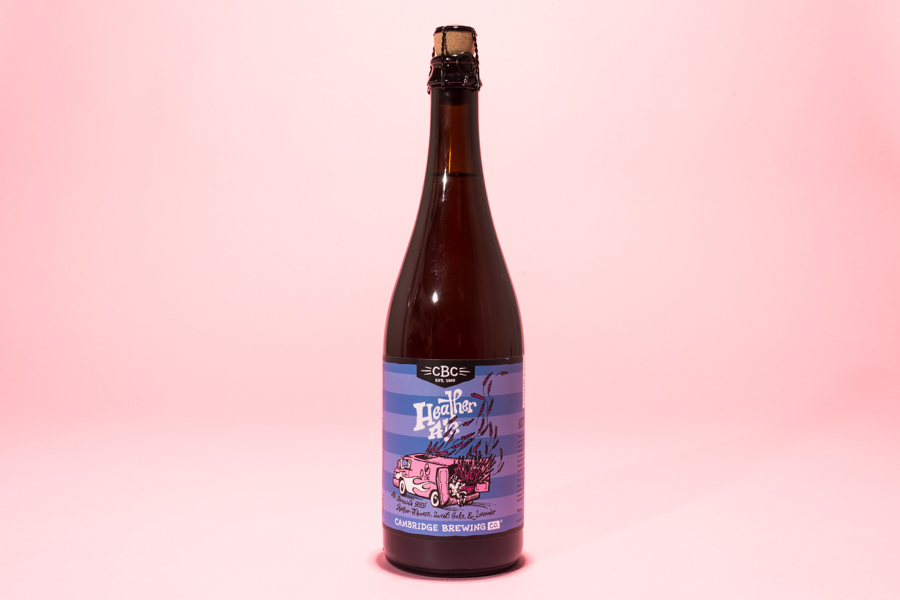 But it’s not only the Belgians and those they’ve inspired who make mild-flavored beers perfect for food-pairing. The British Isles—and local brewers inspired by them—are good at it, too. Take Cambridge Brewing Company Heather Ale, a riff on an ancient style traced to the Picts, a Medieval tribe which populated what is today eastern and northern Scotland. Using Scottish heather flower instead of hops, “it is malty, smooth, and has delicate floral notes that would be lovely with stuffings and sweet potatoes,” McKusick says. 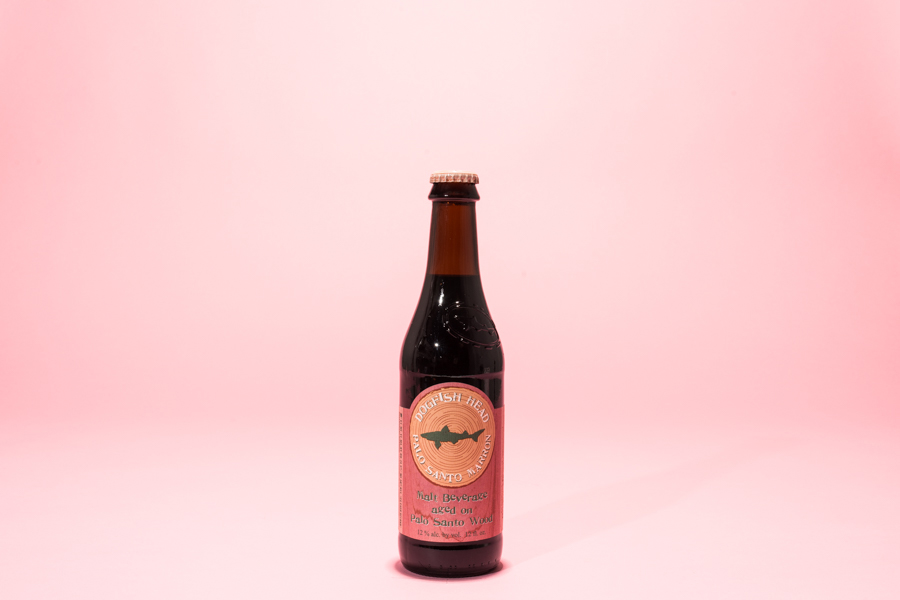 If you start or finish the Thanksgiving meal with cheese and crackers, dried fruits, nuts, honey and jams, consider a Barleywine, like Dogfish Head Palo Santo Marron. “These beers are meant to be aged, but it is easy to find some with some age already on them,” McKusick says. The style has mature flavors and is quite strong—this one from Milton, Delaware, is 12 percent—so “use these beers as you would port wine or Sauternes as an after-dinner drink that will hold up to the biggest of blue cheeses,” he says. “Barleywine is Life.” 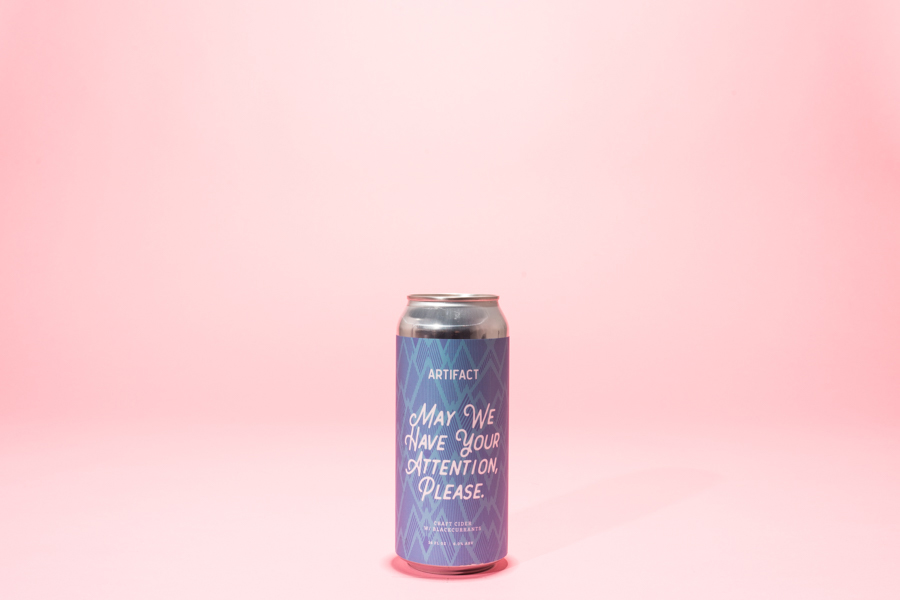 May We Have Your Attention Please is not beer, but we’ll allow it. “Apple cider is also a New England specialty that blends harmoniously with this holiday, and there are boatloads of great New England cider producers,” McKusick says. Not to mention, cider is naturally gluten-free, which may appeal to some of your guests. This offering, from Artifact Cider based in Everett, is out of the ordinary. The addition of currants makes it reminiscent of a decent Italian Lambrusco—“Light, fizzy, dark purple, and fruity with aromas of charcuterie,” McKusick says. “Use [it] as an aperitif and pair with salumi and cheeses.” 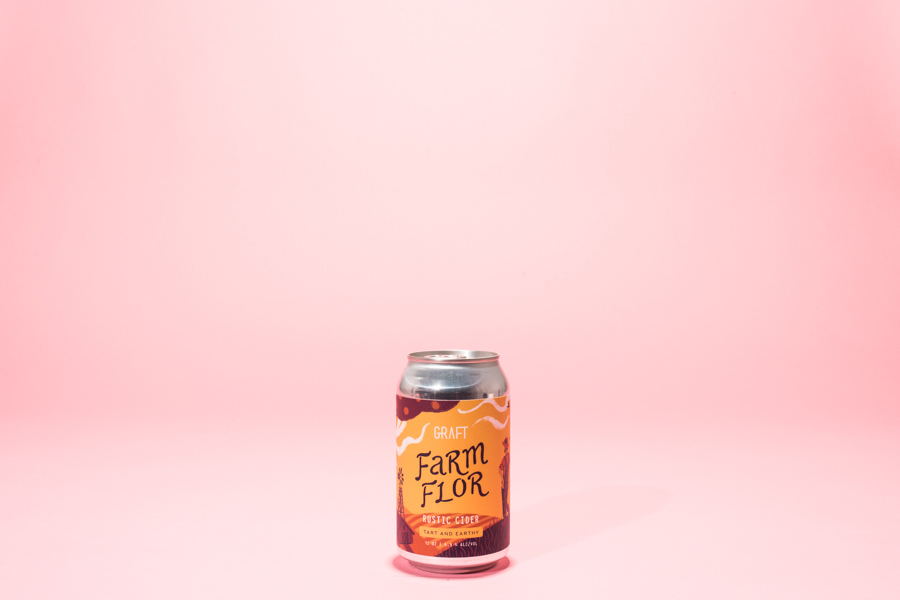 What to sip cider, but prefer drier styles? “Graft Cider from New York has been making some crazy ciders with the racy tartness of a Basque-style cider, the barnyard funk of Normandy, and the creativity of an American craft beer brewer,” McKusick says, such as Farm Flor. Barrel-aged with Brettanomyces yeast, it’s “a way for people with gluten intolerance to enjoy many of the beer-brewing techniques modern brewers are employing in artisanal ales.” 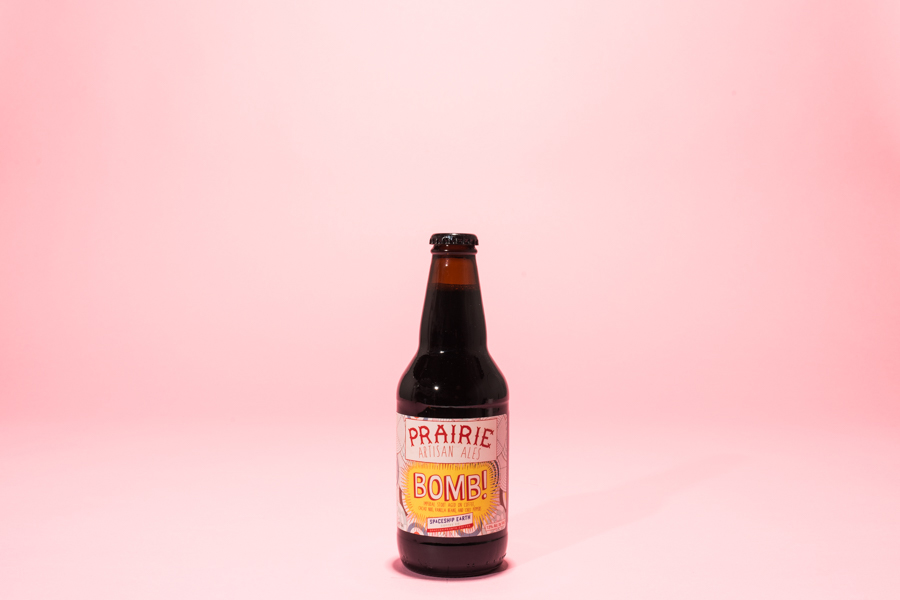 An imperial stout, like the 13-percent Prairie Bomb from Prairie Artisanal Ales out of Tulsa, Okla., is the choice to stand up to decadent chocolate cream or pumpkin pie. It “has chocolate, coffee, mild chilies, roasted malts, a velvety texture, boozy alcohol, and a bit of caffeine as a pick-me-up.” Just keep in mind, you might want to stay up late enough this Thanksgiving to glare at Eli Manning during the Giants game.