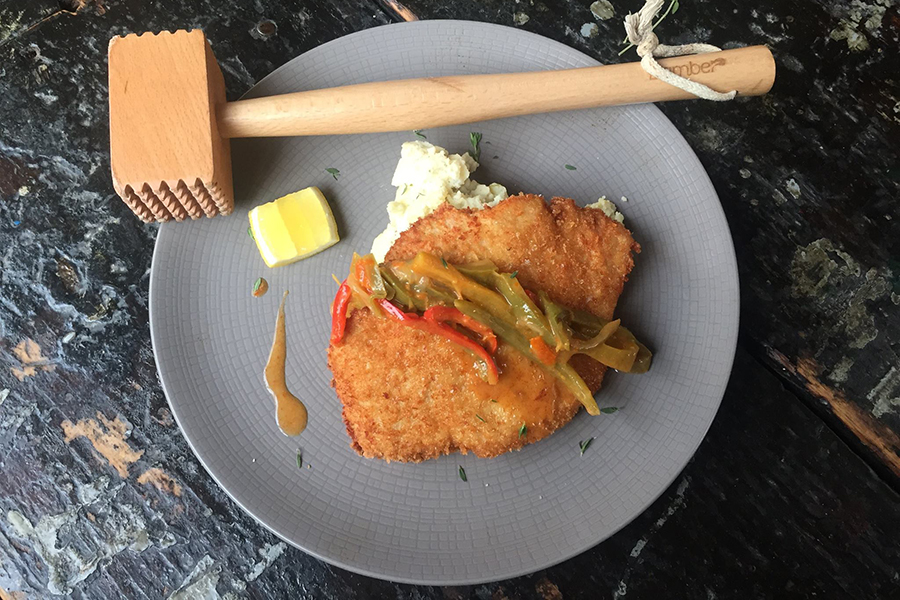 Chef Tim Wiechmann is “inspired by the magic of meat pounded by a wooden mallet” this week: It’s Scnitzelfest at Bronwyn. The celebration began Thursday night and extends through Wednesday, Nov. 22, with variations on the German classic served with potatoes and sauerkraut ($22) served nightly. Find the Hungarian version, zigeunerschnitzel, on Friday, with peppers and lime; classic weinerschnitzel on Saturday; barbecue pork schnitzel on Sunday, and more. Wiechmann and his wife, Bronwyn (the restaurant’s namesake), recently shuttered their fine-French Self Portrait restaurant in Cambridge, and the Boston Globe reports they’re planning an expansion of the Bronwyn brand. “Bron and I are both actually excited to be moving on from our location on Walden street (albeit with sadness to our many guests who have considered us their treasure and family in the neighborhood),” Wiechmann says in an email. “Our vision of restaurant presentation has become much more casual and easy going over the years. Cooking wise I’m much happier with trying to perfect simple products like sausages or ribs or hot dogs and beers!” Or schnitzel, of course. Get your fix this weekend. 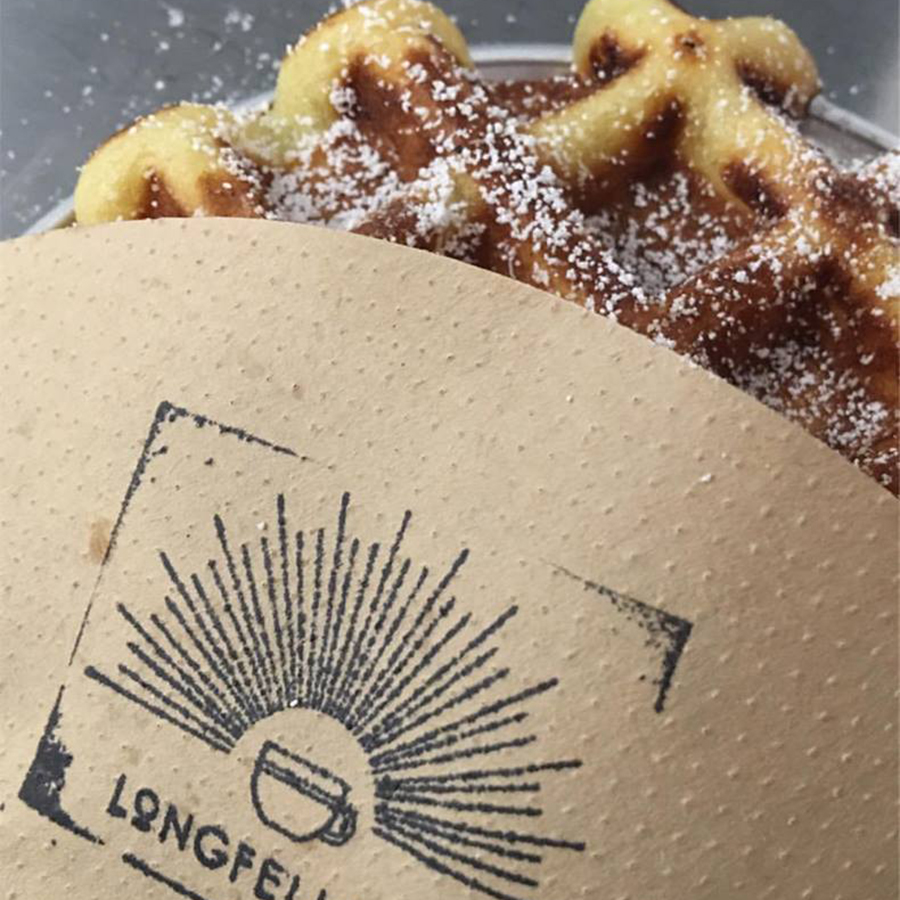 Waffles return to Longfellows for one day only to celebrate the Cambridge coffee shop and Lamplighter Brewing Co.’s first year. / Photo via Facebook

Hard to believe it’s been a year since Lamplighter Brewing Co. and Longfellows Coffee debuted in Cambridge, but the two startup companies are officially a year old. Lamplighter has been celebrating all week with special beer releases and other events, and will continue to throw down this weekend with a pig roast, Parlor Ice Cream, and more. Fuel up Saturday morning with a special beer brunch, featuring Longefellows’ retired liege waffles, an exclusive new flavor of Union Square Donuts minis, and other treats.

If you have preconceived, negative notions about Beaujolais wines, leave them at the door of Social Wines, Gordon’s Fine Wines in Downtown Crossing, and other fine retailers throughout greater Boston. The southern Burgundy region is on the forefront of the natural wine movement, but has a “marred reputation bestowed by those industrially-produced, chemical and bubblegum-scented young wines that flood the supermarkets in late November,” Gordon’s DTX shared in a recent e-newsletter. But the best Beaujolais “are silky and lifted, supple and lush, vivid and juicy, and always possessing a pronounced minerality that’s distinctly terroir-driven… And they just happen to pair perfectly with Thanksgiving flavors like glazed ham, sweet potatoes, and cranberry sauce.” Ask for them while you’re shopping for Thanksgiving. (And if you’re looking for Thanksgiving beers, try these.) 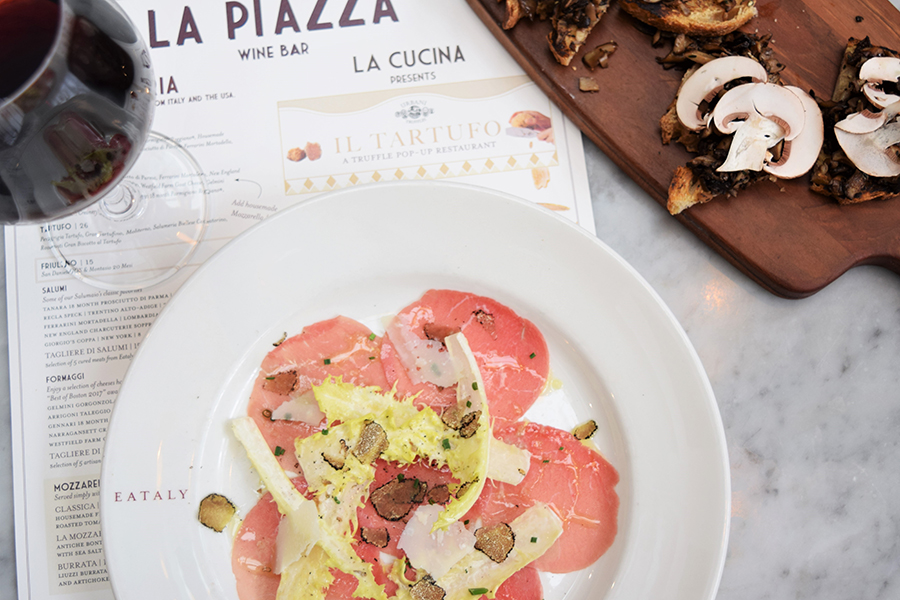 More seasonal decadence to keep an eye out for: White truffles from Alba, Piedmont. Look for luxury fungus at places like Giulia, Catalyst, Deuxave, Babbo, Sportello, and other high-end Italian, French, and lovely-leaning spots. You’ll definitely find these earthy delights at Eataly Boston. It’s Truffle Week there, and the truffle-themed pop-up restaurant Il Tartufo has returned to the piazza through January (or until truffle season ends). On Wednesday, Nov. 22, Eataly Boston hosts this year’s first Truffle Day, when the market sells fresh Alba truffles at-cost—so you can impress your Thanksgiving guests, too. Buon appetito! 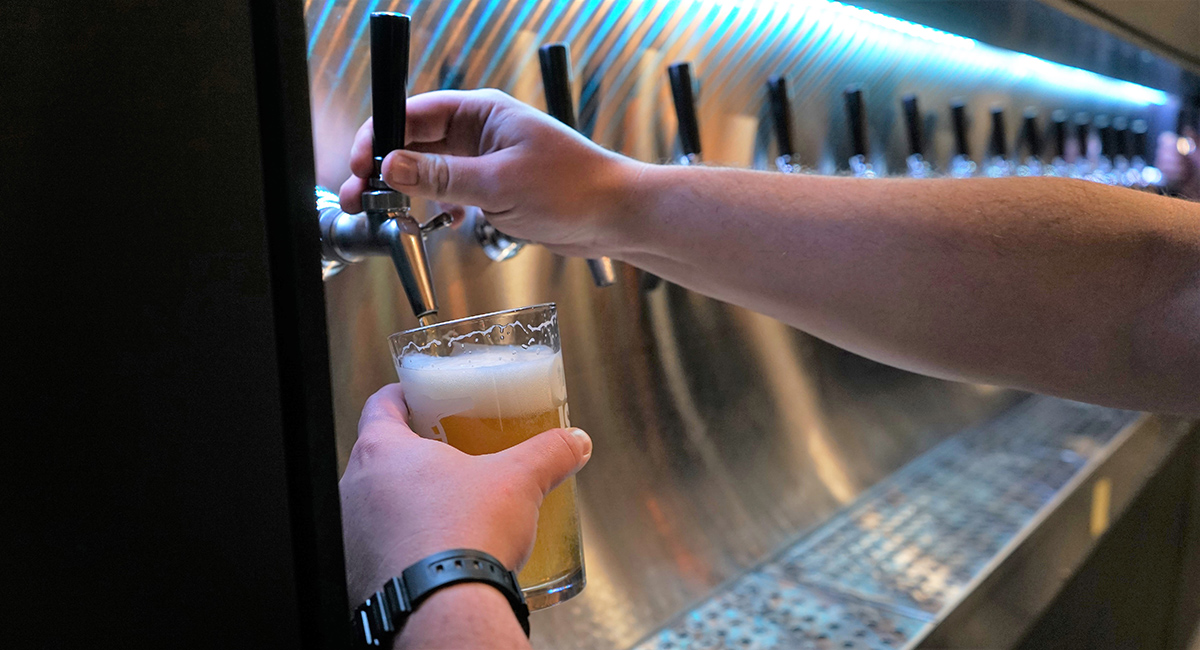 To support those impacted by the devastating wildfires in Sonoma County, California, 13 Massachusetts breweries are donating $1 from each pint sold at their taprooms on Saturday to the King Ridge Foundation. The Santa Rosa-based non-profit supports local youth development organizations, and when things are rough like they are now, it endeavors to restore normalcy in the community. “We are grateful to the Massachusetts brewing community for raising funds to provide relief to the victims of the current wildfire outbreak, many who have lost their homes,” Massachusetts Brewers Guild executive director Katie Stinchon said in a press release. Help them help Sonoma by visiting Castle Island Brewing in Norwood, Idle Hands Craft Ales in Malden, the brand-new Sam Adams taproom in Jamaica Plain, and 10 other breweries—find the full list of participating breweries online, and cheers.