Find a "Fab Four" selection at its 12 Mass. locations, with rotating drafts from Cloudwater, Brew By Numbers, Buxton, and more. 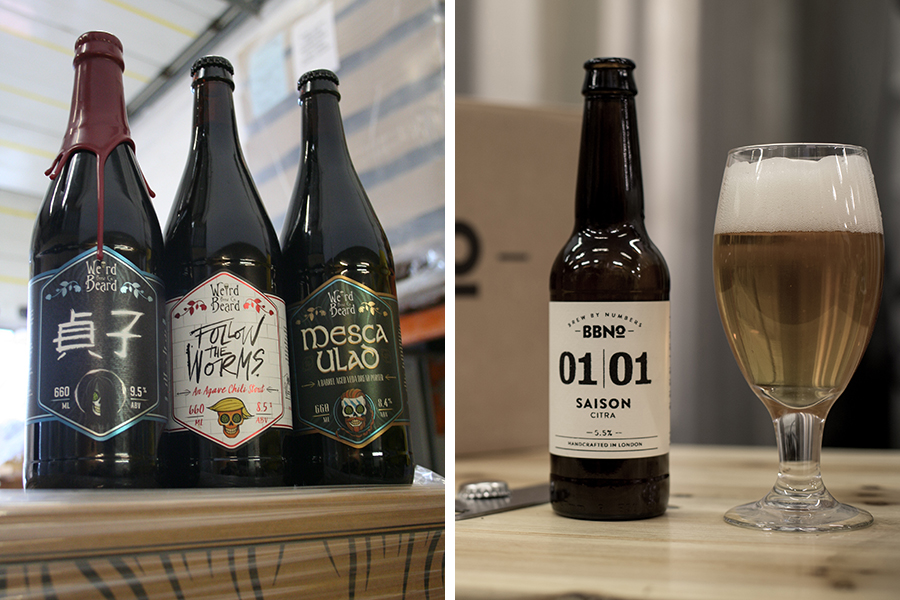 When Shane Egan overheard someone order a New England-style IPA at a pub in Scotland earlier this fall, he about fell off his barstool.

“It blew my mind. I was shocked by it,” says Egan, director of operations for British Beer Company, a chain of pubs with 12 locations in Massachusetts. He’s been across the pond many times before, and “Usually when I was over there, everybody was drinking pints of Fuller’s, and [Old] Speckled Hen, things we have over here.”

Egan saw the NEIPA at a Brew Dog pub, which makes its own beer. But as he continued to travel throughout the U.K., he noticed dozens of beers he’d never seen before, from a number of different upstart craft breweries. It was just like being at home in Massachusetts.

Indeed, more than 300 new breweries opened in the U.K. in 2016, with the industry seeing 64 percent grown over the last five years, the Guardian reported. Just like we’ve seen in the U.S., “This growth has been in direct response to increasing demand from beer drinkers, who are demanding better quality, better flavour and more choice,” according to a representative of the trade association that represents British craft brewing.

British Beer Company debuted in Plymouth 20 years ago with dozens of taps, including Belhaven, Young’s, and other old-guard U.K. beer brands. It has grown to 12 locations around Massachusetts and two in New Hampshire. “We’ve always brought in British beer. We’re the No. 1 seller of Fuller’s in the U.S.,” Egan says. But he realized during his recent trip to Scotland that these days, it’s the wrong U.K. beer.

After he returned to Massachusetts, Egan started looking into how to import the new beers he discovered in the U.K. That led him to boutique distributor Shelton Brothers, which is responsible for bottles or kegs of the likes of Cantillon, To Øl, Mikkeller, and other international brands you may have seen around the Bay State.

BBC and Shelton worked out a deal to bring in four lines per Mass. pub—unfortunately, Egan says Shelton can’t import into New Hampshire—from the likes of Cloudwater, the Manchester brewery ranked 5th best in the world by RateBeer.com last year; Buxton, Magic Rock, Partizan, Weird Beard, and more. Dubbed the Fab Four, the dedicated lines will rotate every week. Depending on the week’s shipment, every pub may carry a different brew—Egan says it’s possible that at any given time, across the company BBC will be pouring 48 different, coveted, U.K. beers.

“We want to make them available, and cost effective for people to get them,” Egan adds, so every 12-ounce pour, regardless of the style, will be priced at $7.

Locals to the BBC’s suburban pubs and British beer fans can sign up for the text message-based Fab Four Fan Club to learn about new offerings, special deals, and more. Text FABFOUR to 33222 to sign up for that. Also, each pub has its own Facebook and Instagram pages, where fans can stay in the loop as kegs come in and get kicked.

If Thanksgiving travel takes you to Danvers, Framingham, Hyannis, Plymouth, Westford, Worcester, or elsewhere where there’s a BBC in Mass., check out what’s pouring yourself. The Plymouth flagship opens at 6 p.m. on Thanksgiving night, while all other pubs are closed that day. Regular hours continue around the holiday.

“We should have the best British beer lineup in the country,” Egan says. “Right now, with the addition of this craft stuff, we do.”