Look Inside Moody’s Back Bay 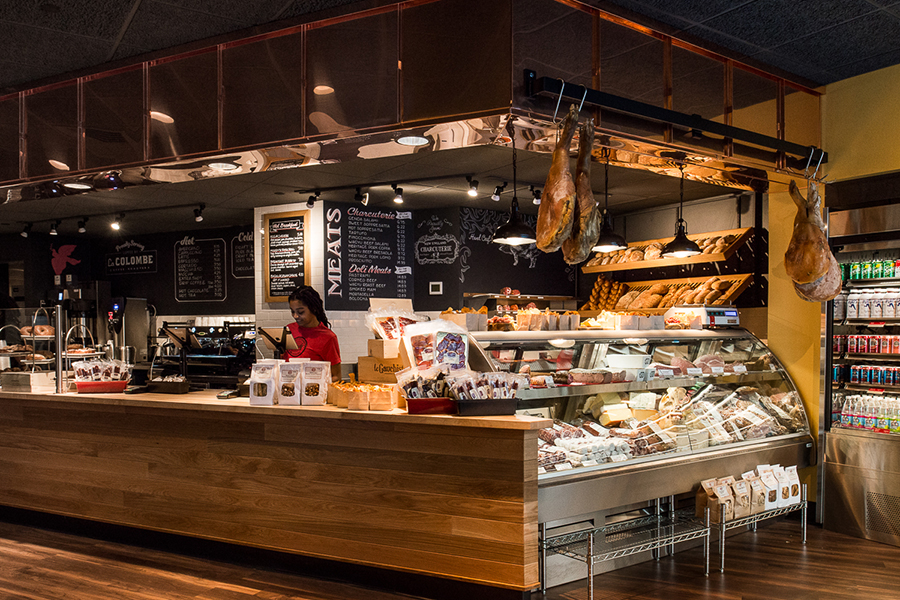 The main ordering area at Moody’s Deli in Back Bay. / Photos by Toan Trinh

By the time the holiday season picks up in earnest, Copley Square will have a new spot for grab-and-go prepared meals, food gifts, and shopping fuel in the form of caffeine, breakfast, and lunch. Moody’s Delicatessen is set to open its Back Bay location on Monday, Dec. 11.

Formerly the longtime home of Rebecca’s Cafe, the long, 3,100-square foot space is prime, Boston proper real estate for the award-winning Waltham charcuterie company. The main entrance is right across from 200 Clarendon—the gleaming glass structure formerly known as the Hancock Tower—in a historic building slated for redevelopment over the next few years. Moody’s signed a relatively short-term lease, with the potential to re-sign and grow its footprint in the future (Moody’s Backroom in Boston, anyone?), Moody’s owner and chef Josh Smith says.

Just past the meat display is the main ordering and point-of-sale area, with another hand-lettered sign for the breakfast and sandwich menus. The Boston deli has more than just the Katz, the truffle stack salami, breakfast sandwiches like the Moody’s pork roll, and other signatures. An expanded salad menu, three new grain bowls, a few “express” sandwiches, and a handful of new, gluten-free breakfast plates, such as the Atlantic, with eggs and smoked salmon, appeal to the city crowd, Smith says.

“There’s such a bigger demographic of people [in Boston versus Waltham] with much more foot traffic, so we want to have something for everyone,” he says. “We want vegans, vegetarians, people with dairy challenges, [etc.] to be able to come here and say, ‘Wow, they totally got us covered.'”

After ordering, guests will pass the coffee station, where they’ll pick up beverages and quick things like bagels, doughnuts, and scones. Moody’s partnered with La Colombe Coffee Roasters at this new location to offer a full range of the Philadelphia roaster’s drinks, including its signature Draft Latte and Pure Black on tap. Baker Luke Fetbroth will continue making bagels and other pastries, and the bakery program is rounded out with breads from Iggy’s, and A&J King Artisan Bakers in Salem.

Main orders will be picked up down the line from an open kitchen area. Employees will be armed with handheld point-of-sale machines for any last-minute orders, Smith notes. At the far end of the line, near the courtyard entrance from 500 Boylston, there will be a buffet of prepared foods like wood-fired rotisserie chicken, prime rib, and seasonal vegetables for folks to take home.

“Due to the length of the place, we have to create different experiences,” Smith says.

There isn’t a ton of seating—pretty much everything is meant to go. But Smith did install a 10-seat counter along the wall opposite the kitchen, and there are couches and low tables in both the front and back of the deli. If the team finds that guests want to sit and linger, more seating and tables could be added, Smith says. The place does have free Wifi, after all.

“We like to start small,” says Smith, who opened Moody’s Waltham in 2013 after honing his chef-butcher skills at places like Dean & Deluca, the Four Seasons Boston, and Tico. Besides Back Bay, Moody’s is expanding on the Waltham deli and Backroom wine bar with more seating and a raw bar; growing the New England Charcuterie wholesale business; and casually opening a location in Napa, California.

“All eyes are on us coming from the suburbs out here,” Smith says—and he’s here to impress, Boston. 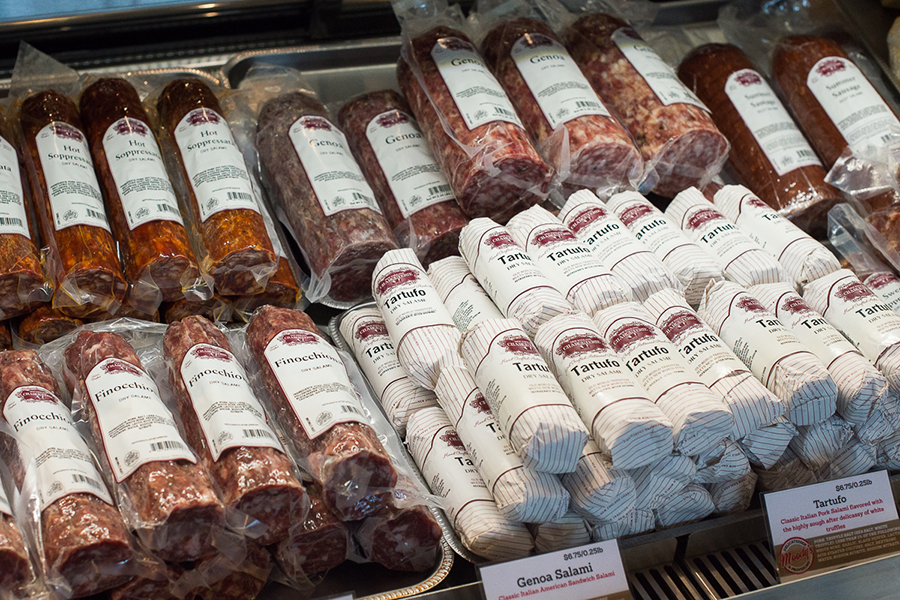 New England Charcuterie products on display at Moody’s Deli in Back Bay. / Photos by Toan Trinh 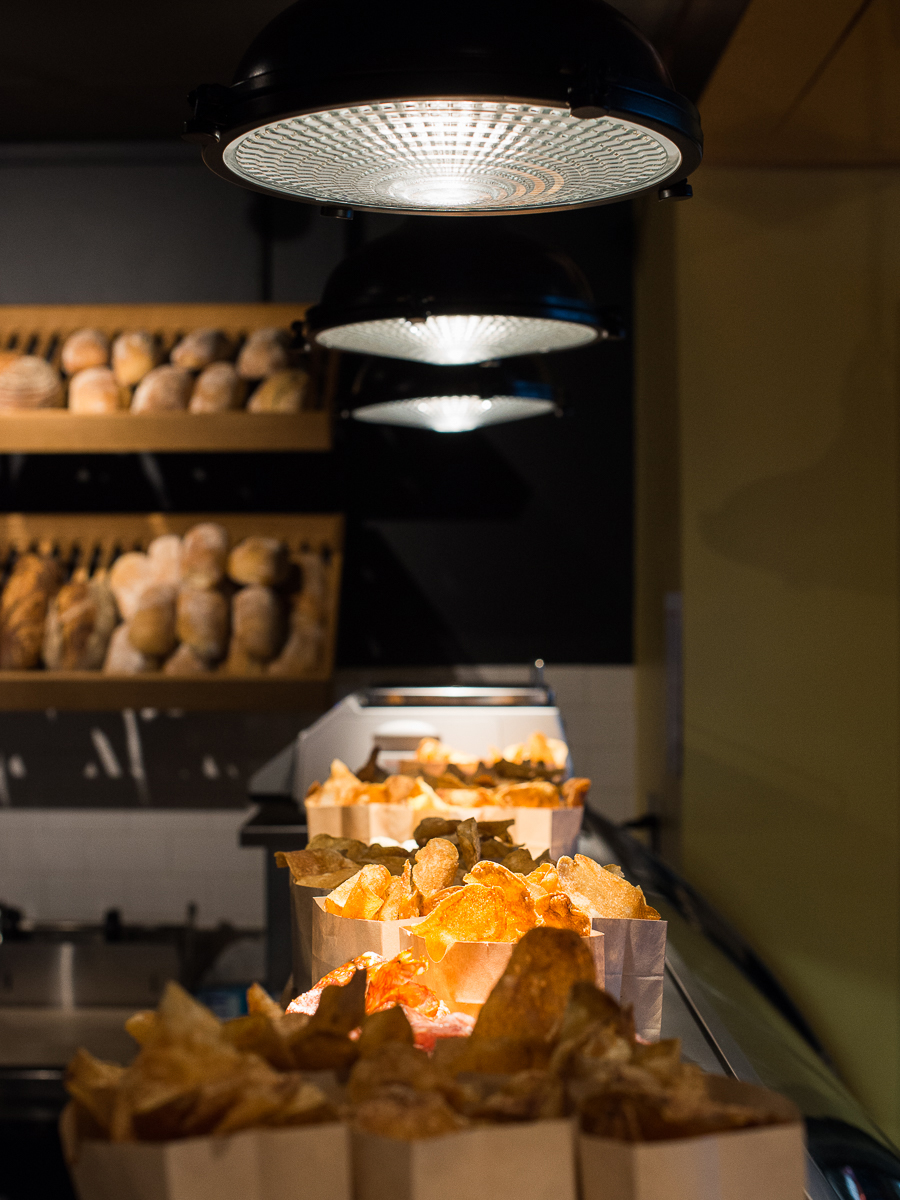 Truffle chips and breads at Moody’s Deli in Back Bay. / Photos by Toan Trinh 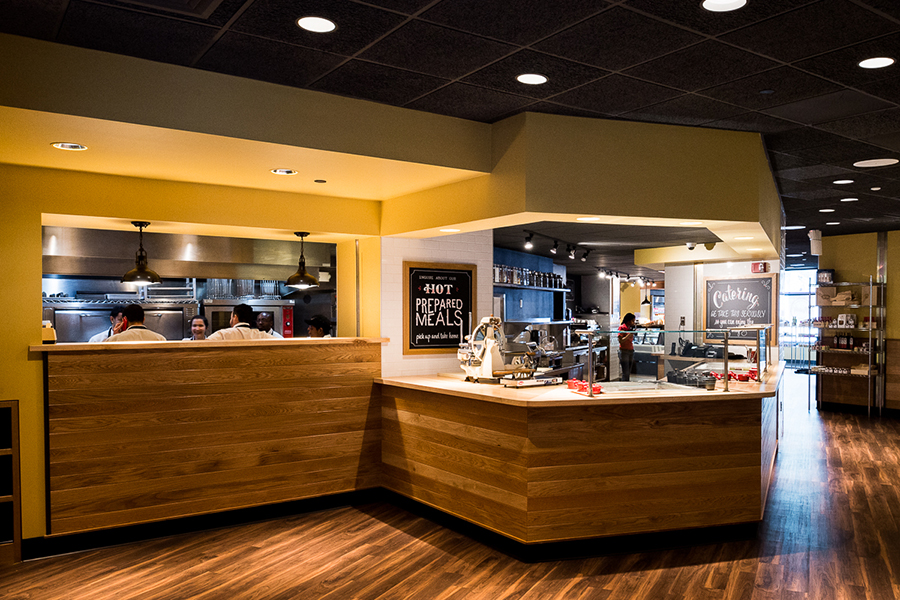 The food prep and order pickup area at Moody’s Deli in Back Bay. / Photos by Toan Trinh