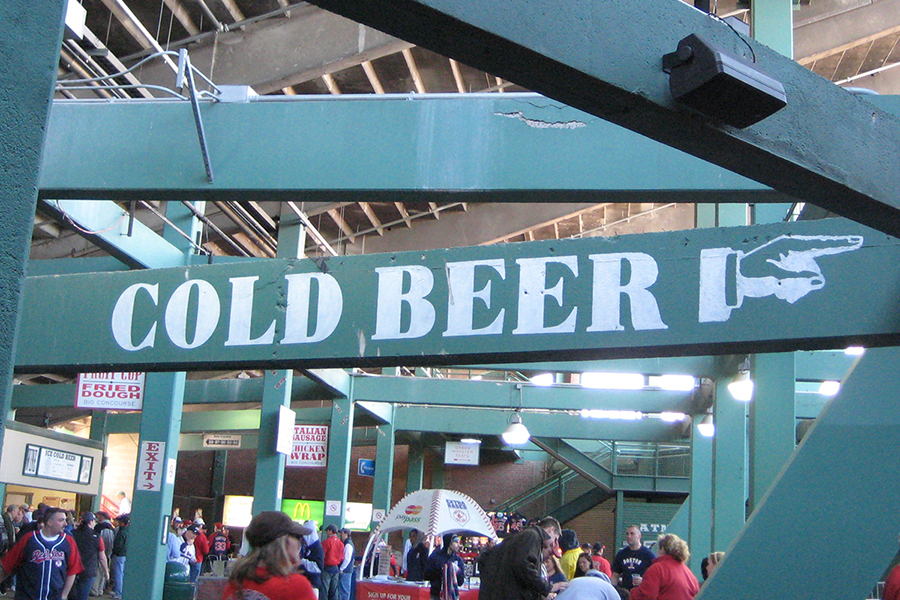 Two quintessential Boston brands have teamed up at Fenway Park. Samuel Adams replaces longtime macro-sponsor Budweiser as the official beer of the Red Sox next season. Boston Beer Co., the Jamaica Plain-based company that makes Sam, just inked a deal with the team through 2025, after 13 seasons with Bud as the official sponsor.

The Boston Globe (which shares an owner with the Red Sox in John Henry) reports that Red Sox executives initiated talks with Sam Adams founder Jim Koch earlier this fall because “both brands had a strong regional identity.” The two players declined to share the financial terms of the deal.

The most apparent changes will be visible, not carbonated—the Globe’s Dan Adams, who’s on the pay-to-play beat, notes that Massachusetts alcohol regulations forbid Fenway concessionaire Aramark from taking money from a beer brand to promote it at the expense of other brands. But the partnership will allow Sam Adams to use the Red Sox name and logo in its advertising throughout New England, and use Red Sox-related prizes (including tickets) in its promotions.

Fenway’s right field roof deck, which Anheuser-Busch helped the park build in 2004 and which has been a Budweiser-branded beer bar ever since, will become the Sam Deck, and a bar area under the third base stands will be called Sammy’s on Third. These spots, and stands throughout the park, will serve limited-release Boston Beer brands, along with the usual suspects. The can’t-miss red Budweiser sign over right field will also be gone as of opening day, replaced with “a prominent Sam Adams marquee,” per the Globe.

“I’d like to do something as cool as we’re allowed to,” Koch said, adding that the signage will take into account the park’s historic character. “It’s Fenway—we can’t, like, turn it into Las Vegas.”

Budweiser is still the official beer of Major League Baseball. But craft beer has been bubbling up around ballparks for the past several seasons. At Fenway, in addition to Sam (which makes 4 million barrels annually, compared to A-B’s nearly 100 million), Harpoon, and Sierra Nevada, last season brought smaller New England brands to the concession stands, like Wachusett, Smuttynose, and Jack’s Abby.

Is it baseball season yet? 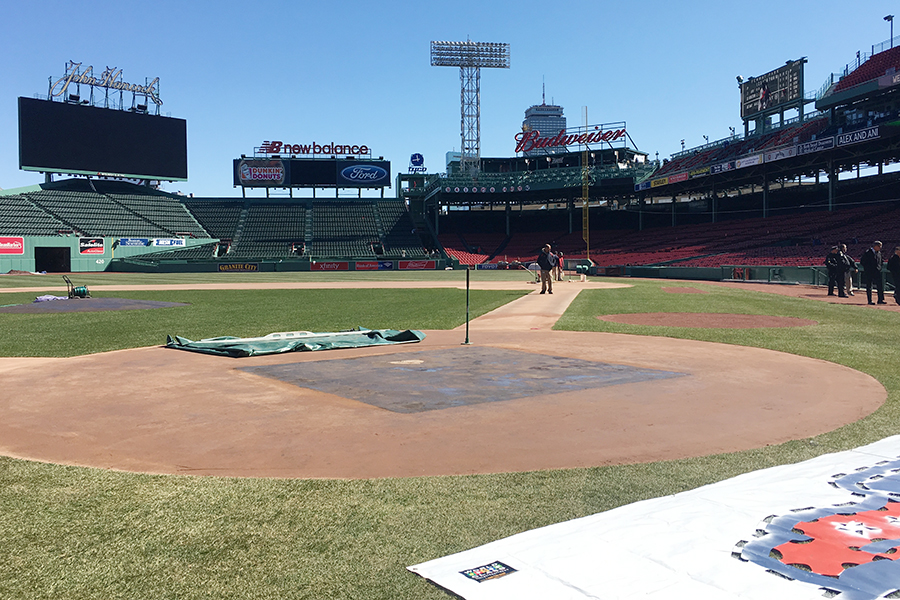 A giant Budweiser sign can be seen above right field ahead of Fenway Park’s opening day in 2017. It will not be there in 2018. / Photo by Jacqueline Cain