Seven Dark Beer Releases Around Boston for the Winter Solstice

Have a pint or pick up a bottle of these special stouts and porters for a warming holiday treat.

As the days get darker, the beers we crave tend to, as well, for nothing warms the soul quite like a roasty, toasty, boozy stout or porter. From collaborative coffee stouts—including the first ever brewed with Dunkin’ Donuts beans—to a spiced squash porter and more, these seven sippers will get you through the darkest days of winter—and the bright holiday season. 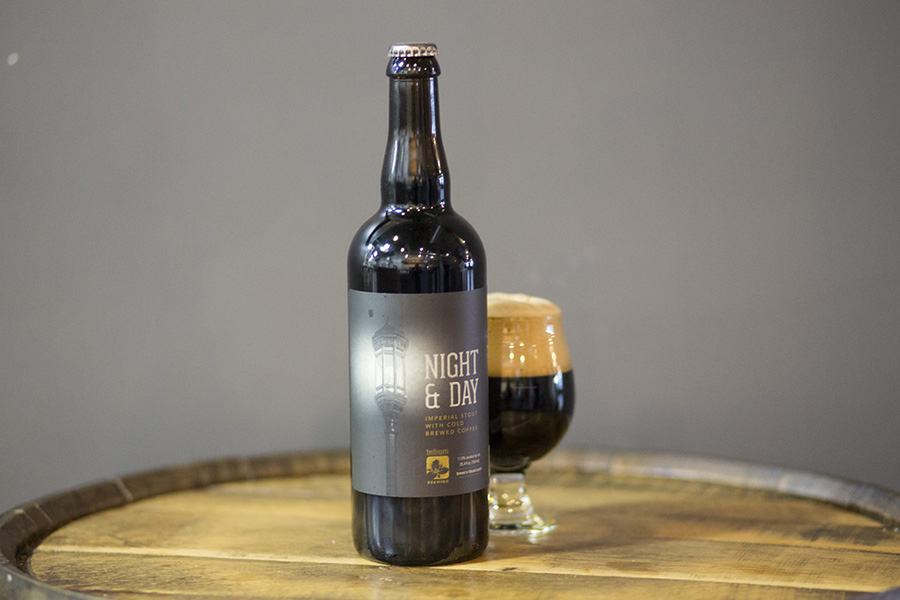 This collaboration between Trillium Brewing and Barrington Coffee Roasters goes through a special mash technique to achieve its soul-warming 11.5 percent alcohol-by-volume, high gravity, and full body. The bold beer drinks exceptionally smoothly, with aromatics of espresso, caramel, cocoa powder, dark fruit, charred toast, and subtle sweet vanilla. Bottles of the raven-black imperial stout are available at both Trillium’s Fort Point and Canton breweries for $15.05, and there’s a six-bottle limit. The Canton taproom, and the Garden at the Roslindale Substation, are also both pouring by-the-glass an exclusive barrel-aged TrillBOMB! imperial stout. 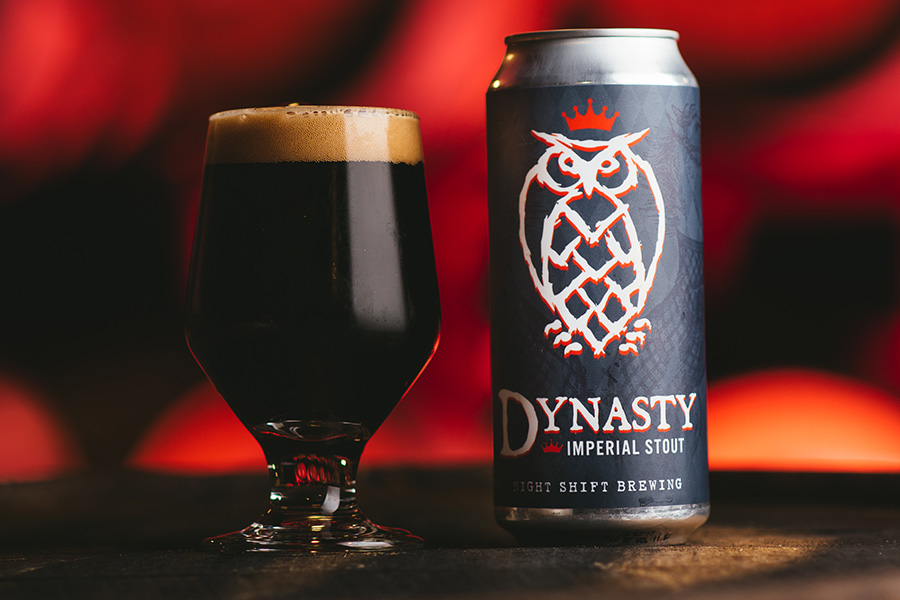 Last week, Night Shift Brewing unleashed an imperial stout to “reign over the New England winter.” This boozy can is in stores around the region this year, plus it’s still on draft and for sale to-go at the Everett brewery. Dynasty is massive and rich—it’s 11.5 percent, with notes of dark fruit and baker’s chocolate, and undertones of sweet molasses. It’s perfect to share, or to savor as a dessert beer. 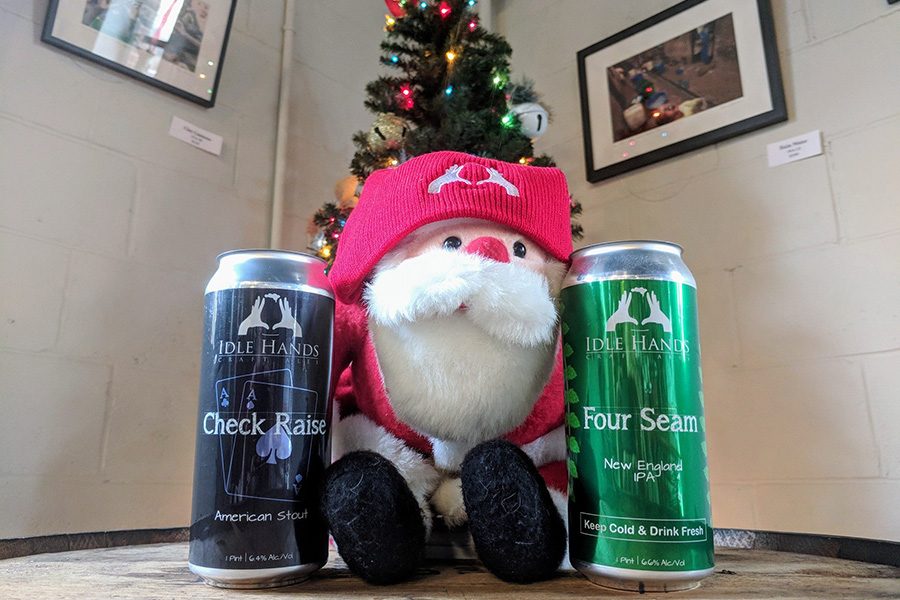 Idle Hands Craft Ales’ beloved American stout returns this week with a pre-solstice can release. The 6.4-percent brew has flavors of coffee, with hints of pine and citrus, with bread-crusty notes and teasing toffee coming through on the palate as the beer warms in the pint. It returns on Tuesday, Dec. 19, alongside fresh cans of Four Seem New England-style IPA. 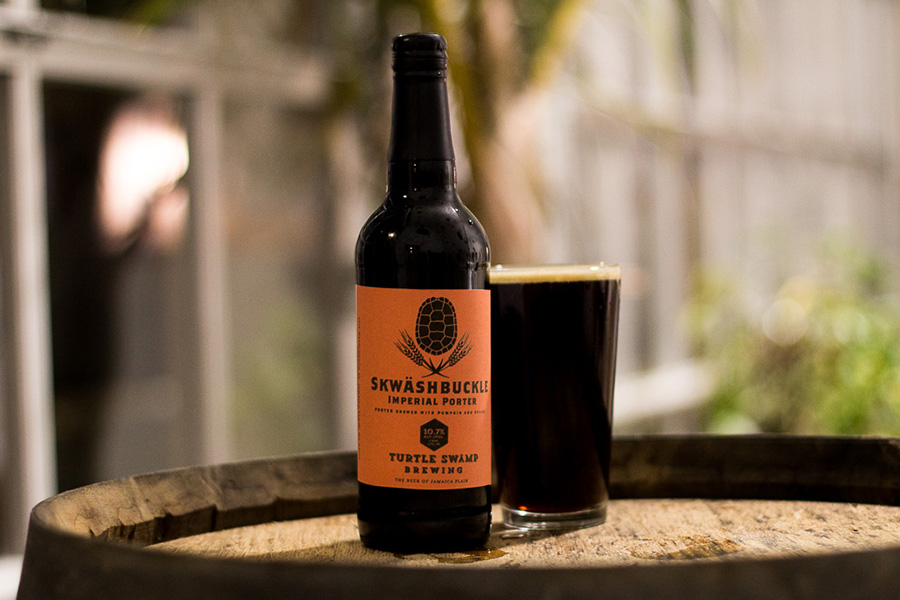 After seven months of sharing easy-drinking, classic, English-brewpub styles like Nik’s Bitter and JP Porter, Turtle Swamp Brewing is ready to debut its first-ever limited-release brew. Brewmaster Nicholas Walther has made a version of this imperial pumpkin porter when he was at Saint Arnold Brewing Company in Houston, Texas, and brewing at Harpoon. But for the inaugural batch at his ownership debut, Walther used 100 pounds of squash from friend and Turtle Swamp regular Jim Buckle of the Buckle Farm in Unity, Maine. Brewed with cinnamon, nutmeg, allspice, ginger, and clove, Skwäshbuckle is a rich and hearty porter with ruby highlights, and a frothy, mocha head. It is a complex, 10.7-percent ABV sipper, with notes of dried fruit, and hints of pine from Cascade hops. Pick up a couple wax-sealed bottles this week—Skwäshbuckle can be drunk fresh, or aged up to three years. The $16 bottle is a taproom exclusive, and there is a one-case limit. 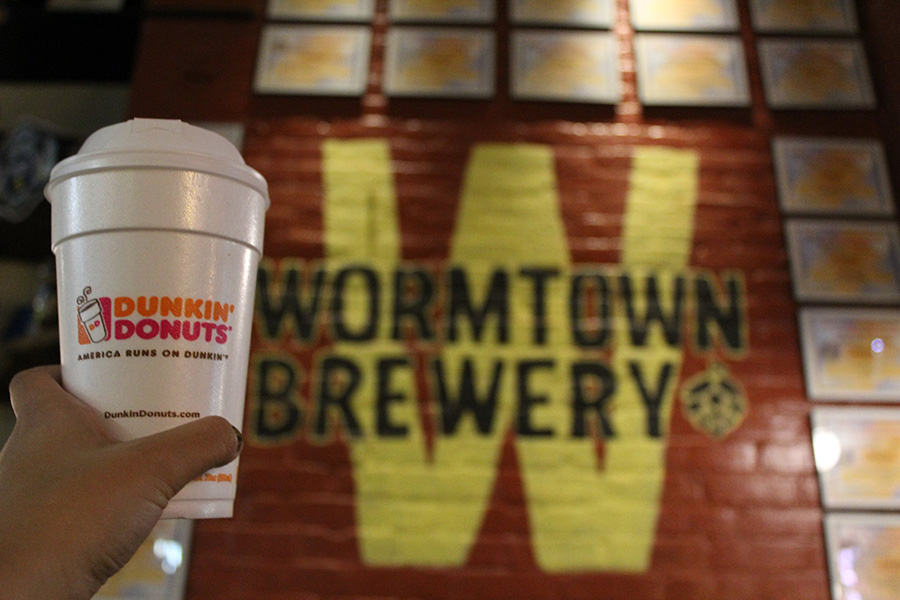 Despite the popularity of both Dunkin’ Donuts coffee and coffee stouts ’round these parts, the Canton-based caffeinators have never lent their beans to a beer before. That changes this week, when Worcester’s Wormtown Brewing taps this roasty stout on the winter solstice. During the beer release party, a local Dunkin’ franchisee is teaming up with the brewery to make a $11,500 donation to the Worcester Food Bank, and there will be DD doughnut-and-beer pairings, too. 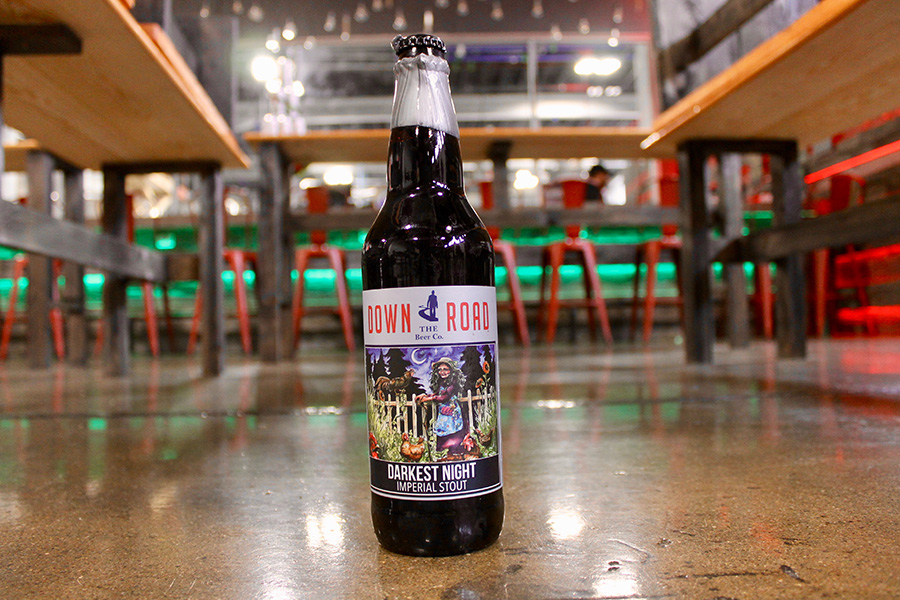 Photo provided by Down the Road Beer Co.

Get cozy in Everett’s newest taproom with arcade games, live folk music, food, and even wintry crafts on the darkest night of the year. Down the Road Beer Co. hosts a festive night of fun to celebrate the Darkest Night, and the release of an imperial stout by the same name. The brew is a massive 14 percent, with roasty cocoa and coffee notes and spicy hops. The taproom exclusive is inspired by Baba Yaga, a witch of the woods from Slavic folklore. A limited run is pouring on draft during the party, while half the batch will be aged until next year’s winter solstice. 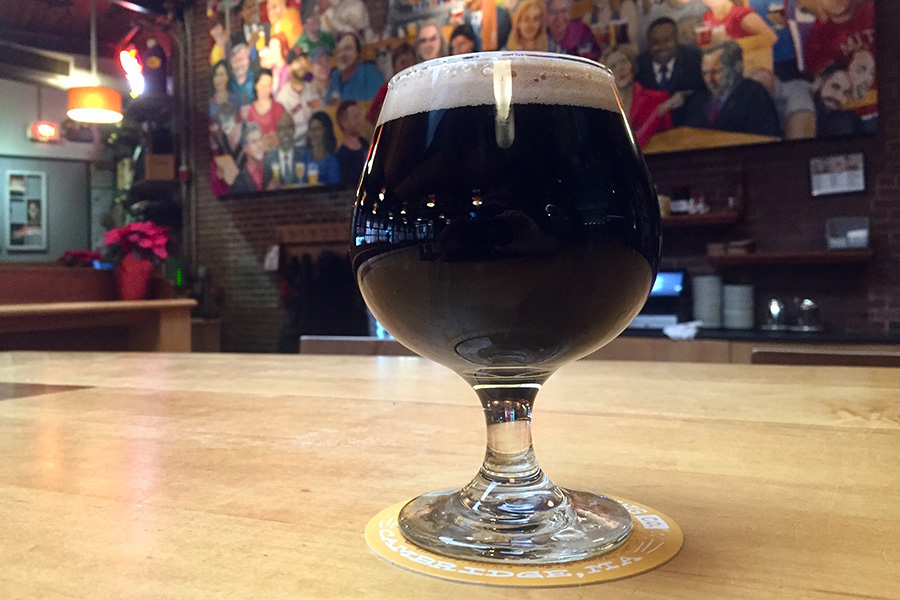 Between Hanukkah and Christmas, Cambridge Brewing Co. and Mamaleh’s have teamed up again on a beer only the One Kendall Square neighbors could create. The 6.75-percent chocolate babka stout is made with malted, flaked, and chocolate wheat malts, plus actual chocolate babka from the award-winning baking team at the modern Jewish deli, Mamaleh’s. CBC brewmaster Will Meyers added brown sugar, lactose, vanilla beans, and cacao to amp up the pastry flavors. The inspiration comes from the classic Seinfeld episode “The Dinner Party,” and the two Cambridge creators will follow it up with a cinnamon babka stout later this winter. The chocolate babka stout is a CBC brewpub-only draft release on Friday, Dec. 22, but a keg may make it across the courtyard to Mamaleh’s bar, as well.

If you have some time off around Christmas, why not take a wintertime jaunt down Cape Cod? At its South Dennis taproom, Devil’s Purse Brewing has cans available of its Intertidal Oyster Stout, made with Wellfleet oysters. The brewery celebrates this year’s batch, made with Chatham oysters, at a special holiday tasting at Chatham Bars Inn on Thursday, Dec. 28. (If you can’t make it down the Cape, remember that some Devil’s Purse styles make it to the Boston market thanks to Night Shift Distributing).