Variations on a Theme: Where’s the Beef?

Squished between springy buns and slathered with cut-above condiments, these meat-free burgers are changing the way we think about vegetarian fare. 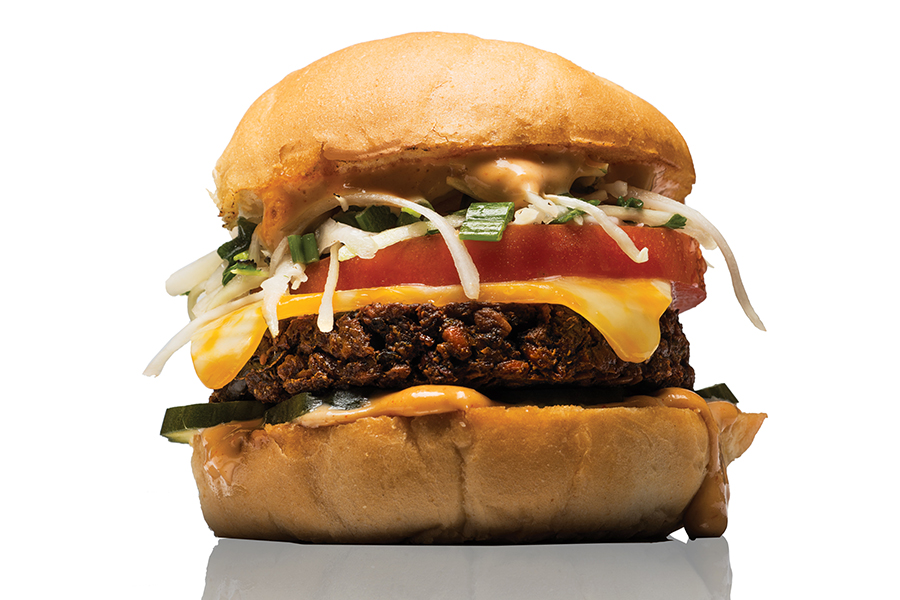 Chef Chin Kuo isn’t hiding the fact that his restaurant’s new veggie burger is deep-fried. That’s the secret, he says, to getting the edges to crisp up, creating a satisfying contrast with the mushier middle. But the savory sandwich isn’t a complete indulgence, as it’s packed with virtuous farro, fava beans, and flax. Available on a bun or bed of greens and slicked with a creamy avocado-tahini “goddess” sauce, it’s the germ of a new project from the Saus team: The Belgian frites specialists recently announced that they’ll be opening an all-vegetarian concept in Somerville later this year. 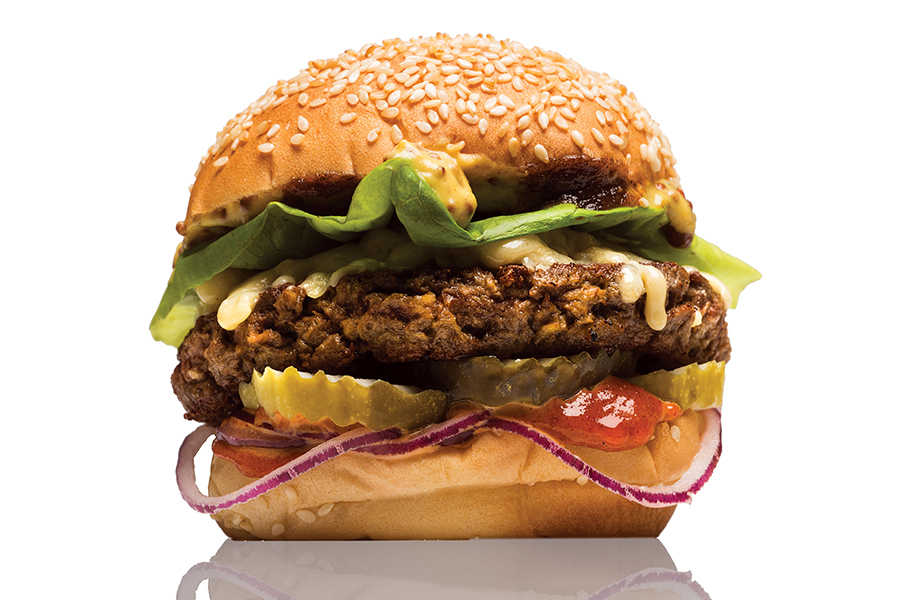 With all the national buzz surrounding the Impossible Burger—a plant-based creation that somehow sizzles, smells, and even bleeds like beef—the meatless wonder was in demand even before it debuted locally at Clover and Little Donkey. And thanks to some persistence on his part, Michael Gurevich is also serving it at his corner café, Mike & Patty’s. “I kind of tracked the company down and stalked them for about a year,” he says. “It has the hype of a Shake Shack, but with new technology.” Gurevich serves his version on a seeded potato roll and tops it with Grillo’s Pickles, lettuce, and tomato. Bacon, egg, and cheese are optional—but they are, after all, what this breakfast spot is known for. 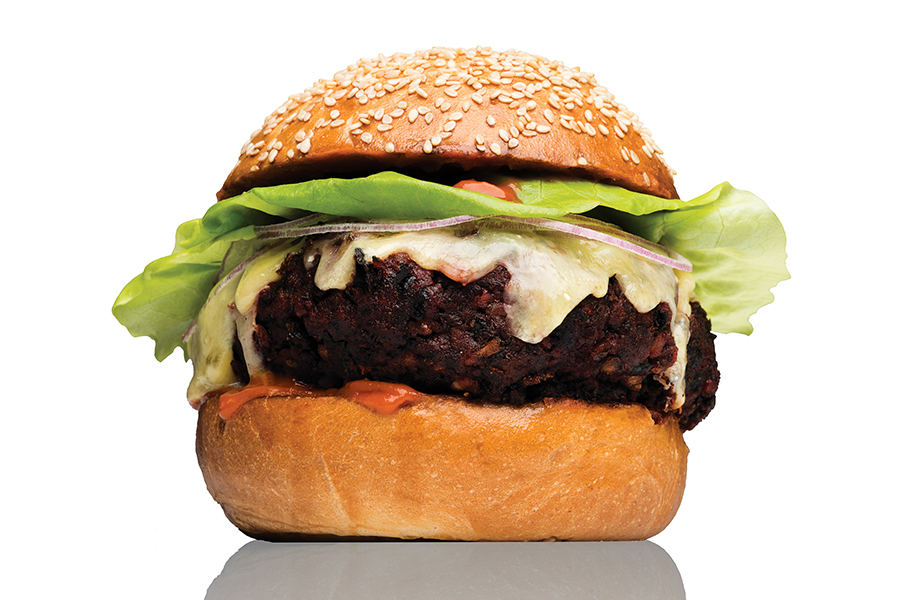 Eight years (and many requests) later, Tony Maws has finally come up with a vegetarian counterpart to his celebrated beef burger. Like the original, it’s bursting with umami from a complex mix of ingredients, including dehydrated beets and mushrooms, miso powder, and Turkish pepper paste. “I don’t want to think of this as…a substitution, but as its own entity,” the chef says of the sandwich, set to launch with the same bun and house-made condiments he uses in the meat version. Look for it on the bar menu starting early this month—but in limited quantities, in true Craigie Burger fashion. 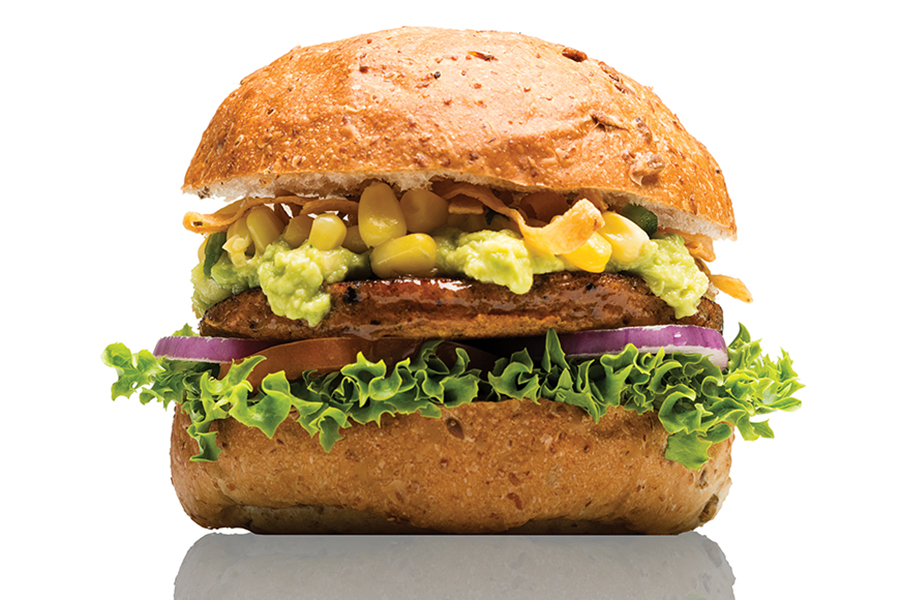 Sad but true: many restaurants get away with serving a so-so veggie burger, knowing most diners aren’t there to order it in the first place. But at a dedicated vegan spot like By Chloe? Well, the pressure is on to make something that wows. Enter the mini chain’s beloved Guac Burger, a griddled black bean–quinoa round with a sprinkle of tortilla chips, a dollop of vegan chipotle aioli, and loads of buttery guacamole. “We wanted to create something that would rival the ultimate cheeseburger,” says corporate executive chef Manuel Trevino.