The North Shore location is larger, with a cozy fireplace, arcade games, and more. 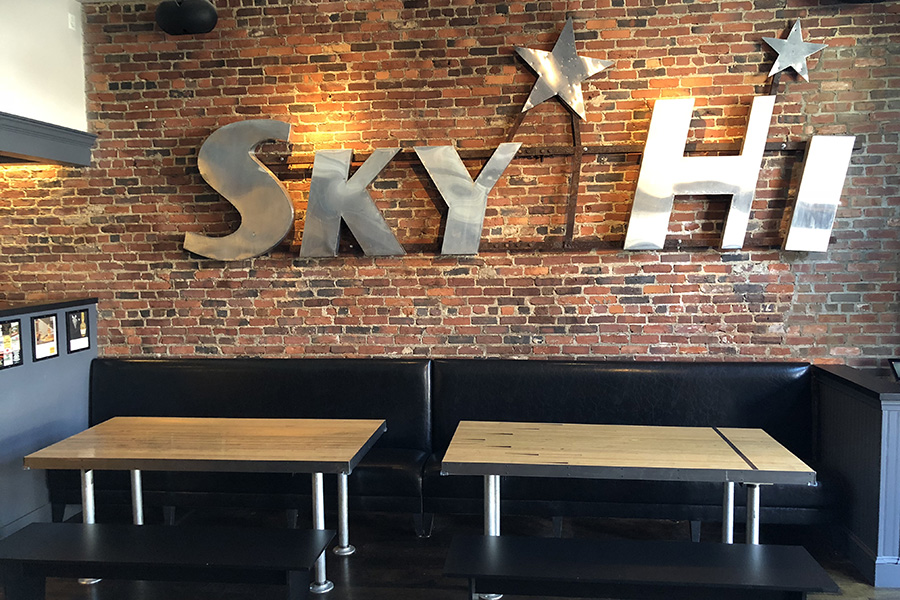 There’s a new dog on the North Shore—a new one every day, as a matter of fact. Trina’s Starlite Lounge, with its ever-changing “dog of the day” specials, famous fried chicken, classy and sassy cocktails, and High Lifes for everyone, officially opens a second location in Amesbury tonight.

Bigger than its Somerville sister spot (100 seats compared with fewer than 70), the downtown restaurant is lengthy. Three distinct spaces lead out a set of French doors to a patio overlooking the Powwow River. A 22-seat bar is on the left of the front room, with booths on the right; and there is more seating in a middle dining room. The back lounge area is full of arcade games like Duck Hunter, Ms. Pac-Man, and five pinball machines—but the thing we in Boston are most jealous of? The cozy fireplace, with a window through the back to the outside world.

“It gets nice and warm, the heat is kicking in that room—and it’s so cool in the snow,” says Suzi Maitland, executive chef and co-owner, along with Josh Childs and Beau Sturm, of both Starlite Lounges, Parlor Sports in Somerville, Audubon in Boston, and the Paddle Inn in Newburyport. Maitland lives in Amesbury, while Strum (and his wife, Trina) are Newbury residents—hence the North Shore expansions.

The lounge has two communal tables for larger groups, made out of repurposed bowling lanes. It also has a couple benches and a drink rail by the fireplace, plus cupholders flanking the arcade games for optimal hanging out.

Thomas Tietjen—who was a longtime bartender at the original Trina’s—of Black Birch Creative led the design, along with Childs. It pays homage to the original Trina’s, with neon beer signs and other 1950s and ’60s kitsch—and its own cheeky fridge—but it’s also clear the restaurant (formerly No. 8 Kitchen) was once an industrial mill building. Trina’s Amesbury has 17-foot high ceilings, original hardwood floors, and exposed brick walls. Boston-area collector Dave Waller procured the gleaming, 5×15 SKY HI sign, and the vintage Royal Enfield Bullet motorcycle mounted on the wall was formerly Sturm’s.

As far as the food goes, Starlite fans will find the Southern-inspired menu items they love, like corn fritters with lavender-honey dipping sauce, Sturm’s pepperoni rolls, griddled burgers and Kayem hot dogs, fried chicken with hot pepper syrup, daily “blue plate” and pie specials, and more. But chef de cuisine Joey Guarino is also bringing his own dishes to the menu. Maitland, who cooked with Guarino at Olives “a million years ago,” is stoked about her friend’s duck confit with sweet potato spätzle and pickled cranberries, she says. More recently, Guarino was executive chef of the repoened (now closed) Blue Room, and Swampscott’s Red Rock Bistro.

Drinks, too, will be in line with Starlite favorites. The raspberry fizz is on the menu, along with the black tea-infused bourbon Rockin’ Chair, the Fallen Angel mango margarita, and more. But bar manager Drew Hart, formerly of Brine Oyster Bar in Newburyport, is also shaking things up with new drinks like Cartel Café, made with house-infused espresso tequila, mezcal, Campari, grapefruit syrup, and lime. Trina’s Somerville manager Bonnie Nag populated the small but strong wine list, and there are also beers on draft.

“We’re keeping all the [items] that have been with us since the beginning, but we want them both to keep their own identity,” Maitland says of the two Trina’s. And one things that’s core to the Somerville identity is Monday brunch—which will not be happening in Amesbury.

“It’s never out of the question, but we do have to gear it to more toward the neighborhood up here,” Maitland says. Sunday brunch is definitely in the cards, though, and potentially on Saturdays, as well, she adds.

But to start, it’s dinner and drinks. Trina’s Starlite Lounge opens tonight at 4 p.m., and every night going forward. The kitchen is open until 11 p.m., and the bar until midnight. 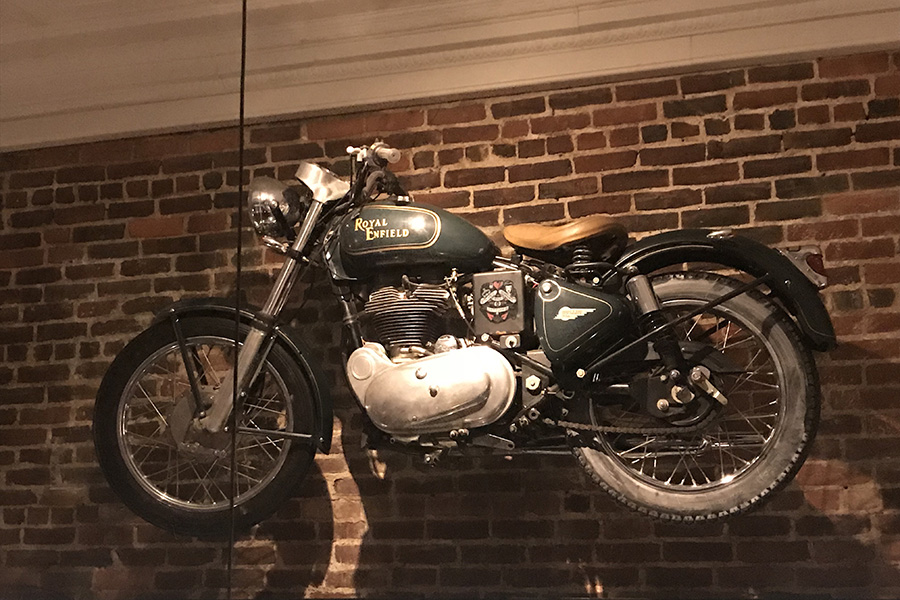 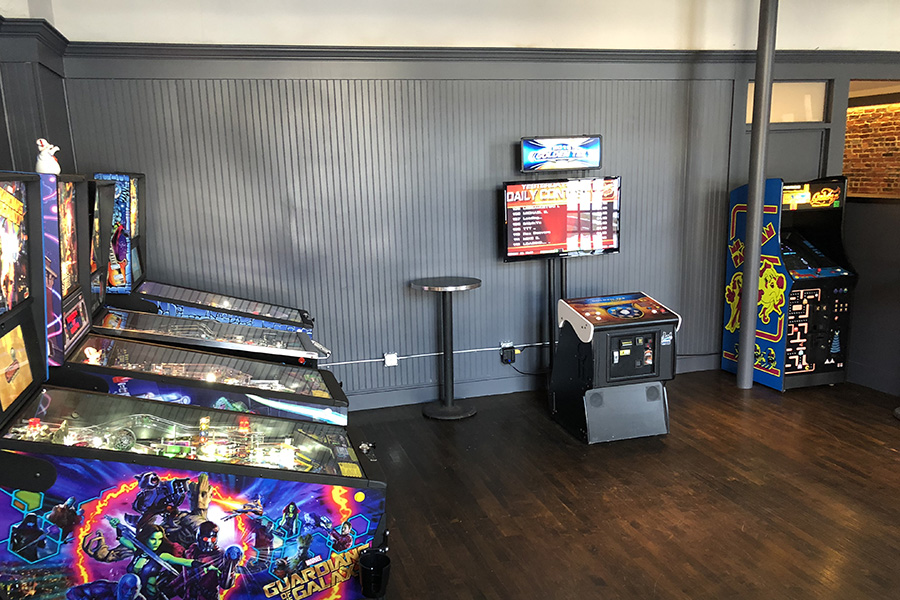 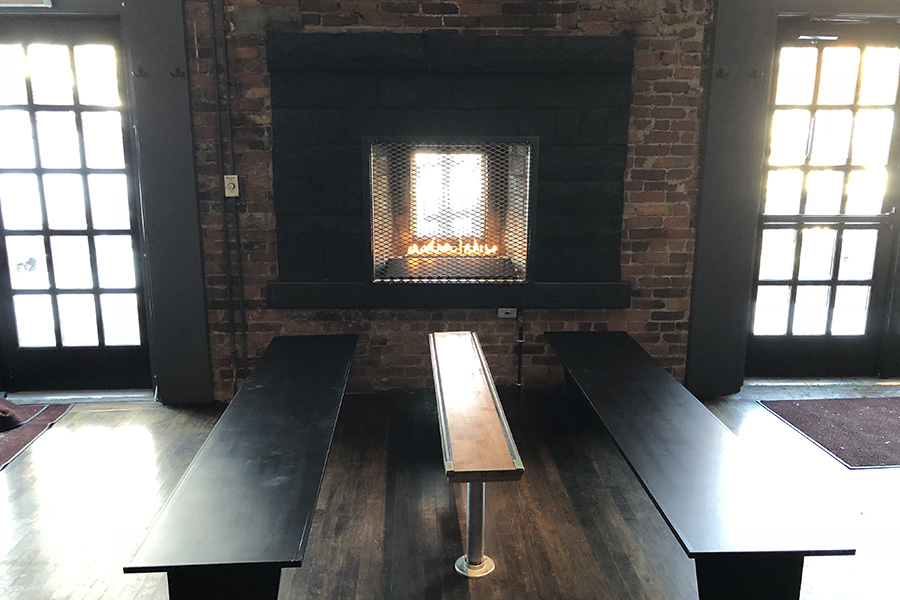