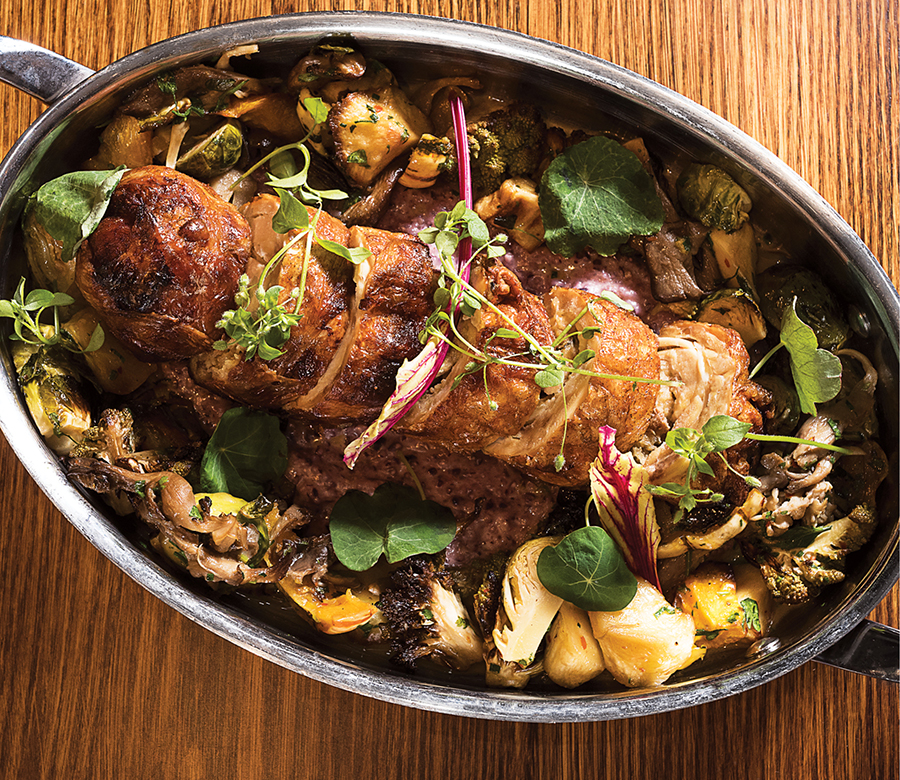 You can literally see costumed Boston Massacre reenactments from any one of the tufted banquettes at Cultivar, Mary Dumont’s gracious new farm-to-table spot at the Ames. But Freedom Trail views be damned, the place gives off such heavy-duty northern-Cali vibes, you could probably arrange to arrive by vintage cable car.

The copper-studded beechwood-chic décor channels every chilled-out bistro dotting the road from San Francisco to Sonoma. But after half a dozen visits, I suspect the sensation has more to do with the way the full-wall windows compel front-row communion with the city’s bustle. In Boston, we typically like to erect our dining temples as havens from the elements: tucked behind curtain-insulated vestibules, safe from inadvertent brushes with Vitamin D or strangers.

The food at Cultivar, too, puts out West Coast feels in its upbeat obsession with local seasonal bounty: the sort of all-fronds-on-deck splendor that gets even jaded cynics cooing giddy bromides like “Springtime…on a plate!” Dumont, who spent almost eight years as executive chef at Harvest putting out solid (if safe) locavore fare for genteel Harvard Square palates, really explodes the genre in this, her first restaurant as chef-owner.

This layered, painterly sensibility is currently so in vogue on the national stage that Bill Addison, Eater’s cerebral wandering critic, recently dubbed the plating style “New Romanticism,” a reference to 19th-century Romantic artists’ preoccupation with nature in all its lyrical, untamed glory. The most obvious local examples besides Cultivar include Waypoint, Bondir, and Townsman, in contrast to the geometric neoclassicism of, say, Deuxave and Asta.

Scattered versus tweezered, Chopin versus Schubert: Great artists muster beauty no matter where their style falls. And at Cultivar, sure enough, there are masterpieces to be had. Among them: yakitori beets ($17), Sparrow Arc beauties fire-roasted to intense earthy sweetness, with house ricotta, a gooey egg, and writhing bonito flakes. Luxuriously “juicy” beef kofte ($12) nestled in a smoky, stout-spiked cheese sauce. An apple salad ($15) that achieved the impossible: taming the aggressive bitterness of heirloom chicories with compressed Honeycrisp slices, feathery ruffles of funky-salty tête de moine cheese, and pleasingly greasy bits of guanciale.

And then there’s the poultry. Hamersley’s has been gone for three years plus—meaning it’s high time we crowned a successor to the roast-chicken throne. Dumont’s rendition for two ($48) has the best stump speech I’ve come across yet: white and dark meat boned out, seasoned, and stacked, then fashioned into a skin-wrapped roulade that roasted up to an exquisite mahogany. Served on polenta doused in savory pan sauce and showered with a veritable garden of herbs and cress, it was comfort food at its finest. 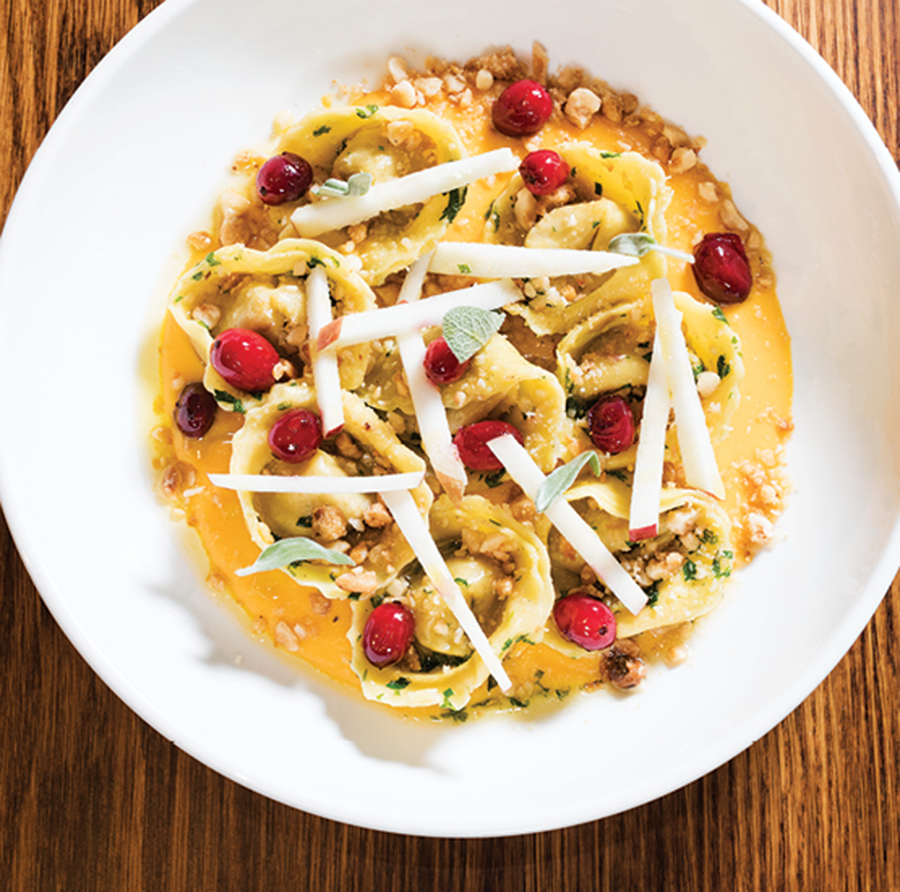 Still, hyper-seasonality is a tough rhyme scheme to adhere to, especially in Boston. Which, technically speaking, is not northern California, with its 52 weeks of plenty. Based on visits that ranged from summer to late fall, where Cultivar seemed to falter most was in dishes that struggled to maintain their sparkle once sundresses got swapped out for quilted windbreakers. A cheese-filled cappelletti ($15) in September practically pirouetted on the plate in a bacon-infused corn broth bursting with late-summer scraped corn, molasses-cured ham, and wild mushrooms. A month later, the replacement personnel—chestnuts, sweet potatoes, apple, and wine-poached cranberries—couldn’t muster the magic of the original cast. The escargot toast’s two successors (fig, heirloom pumpkin) suffered similarly.

This problem is not unique to Cultivar. Here in the Northeast, manic summer and “spring” will always have an edge over somber fall, winter, and mud. But Dumont’s compositional style is more complex than your typical farm-to-table joint’s, making hyper-seasonal Mad Libs a riskier gambit: It’s easier to react nimbly to the garden bounty if late-breaking ingredients are worked in primarily as garnishes or simple chalkboard specials, not shoehorned on the fly into existing intricate dishes. The phenomenon made me wonder if something as simple as dumping the menu’s rigid section headers—pastas, entrees, “snacks to share,” et cetera—in favor of a single-column roster would make this poetry easier. If Pasta No. 4 isn’t coming together, no sweat. Kill off the weak. “Chef’s doing three pasta masterpieces tonight.” Or one. (Or none.)

Random quibble: the powdered “soils”—pulverized dehydrated flavor boosters—the kitchen deploys to finish certain dishes on their way to the table. It’s a trick that, mark my words, five years down the road we’ll use to poke gentle fun at New Romanticism’s kookier trappings. Call it a gimmick or an on-the-pulse flourish, the two times it happened at Cultivar (dried-porcini dust on pumpkin toast, peach-blossom powder on melon sorbet) it tasted chalky and raw, like garnishing a dish with all-purpose flour.

And yet the overall experience of dining at Cultivar needs very few adjustments. Service, overseen by general manager Tom Mastricola, was top-notch, though sometimes the descriptions rattled off at dish drop-off attained comical speeds (an entertaining parlor game, if you have the right crew). And the beverage program is tight, with an exhilarating selection of small-batch gins and a thoughtful, French-leaning wine list—as clear a sign as any that we’re not in Sonoma. 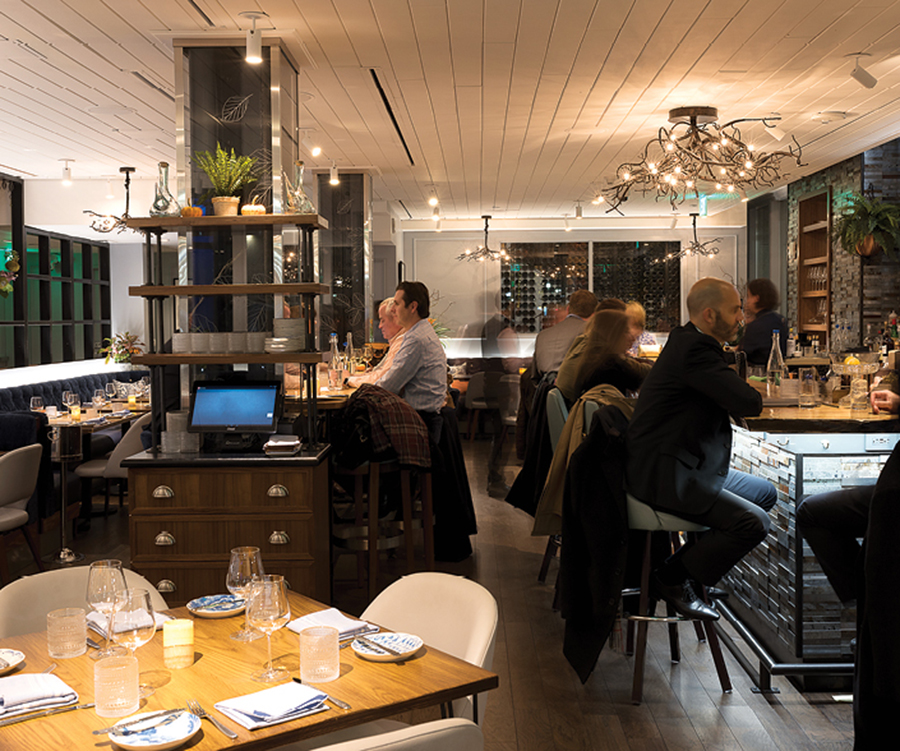