It's the second-oldest continually operating restaurant in Boston. 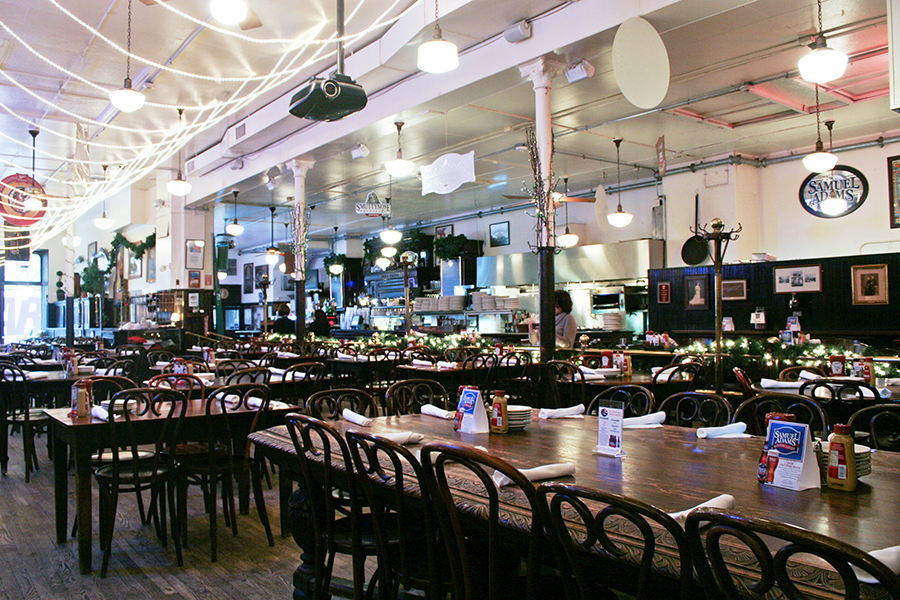 If you’ve ever dreamed of operating a historic restaurant in the heart of Boston, it could be a reality for just about $1 million. Jacob Wirth, the iconic German beer hall on the edge of Chinatown and the Theater District, is up for sale, and the parties involved are hoping a new buyer is interested in continuing its 150-year legacy.

“Of course, everyone has to put their own imprimatur on here, and I’m sure there will be some changes,” says Kevin Fitzgerald, whose family bought the business from the Wirth family in 1975. “It’s business as usual [until it sells], and we’re going to hopefully transfer to a new owner that will carry on the same operation.”

Fitzgerald bought out his mother’s and sister’s shares of the restaurant in 2004, and for the past seven years or so, he operated it with his daughter, Meaghan Fitzgerald. In the fall, Meaghan stepped aside to start her own business, Da Bomb Food Truck.

The sale is a stipulation of Kevin’s divorce, he says. But he’s OK with moving on.

“I am 66 years old. I’m a burn survivor. I am going to be looking toward retirement,” he says. And he will, in fact, miss eating bratwurst. “I’m sure I’ll be coming back as a patron.”

Jacob Wirth is one of the Boston area’s best German restaurants, though Fitzgerald’s menu has American classics as well. It has won more than a dozen Best of Boston awards since 1984, including Best Real Boston Place in 1989.

A German immigrant named Jacob Wirth founded the place in 1868. According to the restaurant’s website, Wirth was the first distributor of Anheuser-Busch products, and when he moved to Boston, he started importing Rhine wine for wholesale and retail sale. He was also one of the founders of Narragansett Beer.

The Greek Revival building housing the restaurant has been an official landmark since 1977, and was added to the National Register of Historic Places in 1980.

“I’ve sold at least 750 restaurants, and this is fun,” says commercial real estate appraiser and agent Charles Perkins. “The equipment is old, but functional. It’s been well-maintained. This has a lot of personality. The floors look old, because they are old. People are very comfortable in there.”

The asking price for the business is $1,025,000, and includes the lease on the ~4,000-square foot space (including basement storage and a prep kitchen), and all operating licenses, including 2 a.m. full-liquor and entertainment licenses. The restaurant has 220 seats and a total occupancy of 276, and sales are averaging just shy of $3 million a year, Perkins says.

“It’s a fascinating place, it’s been a fascinating career,” Fitzgerald says. “I’ve met politicians, and actors, sports celebrities, all kinds of different people being here over the years. I’ve seen the neighborhood go from the Combat Zone to the Theater District as it is today. It’s just been a wonderful experience and way to spend a life.” 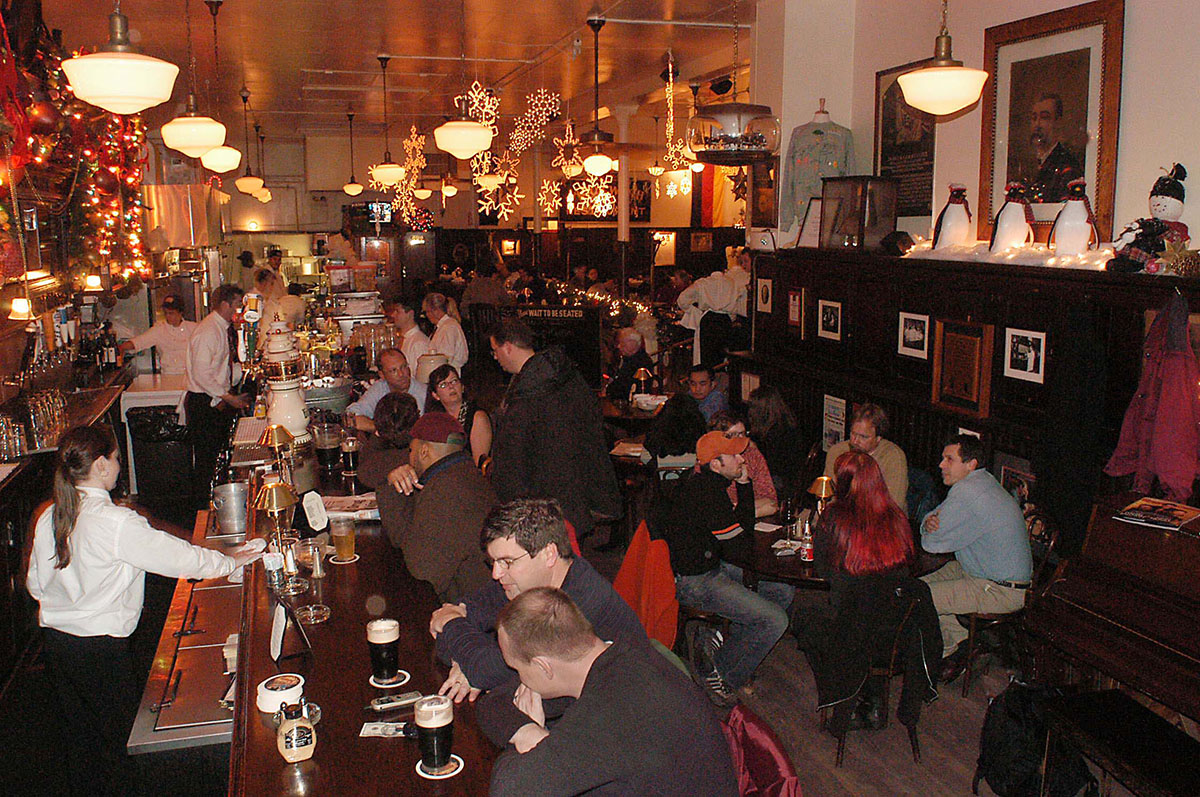 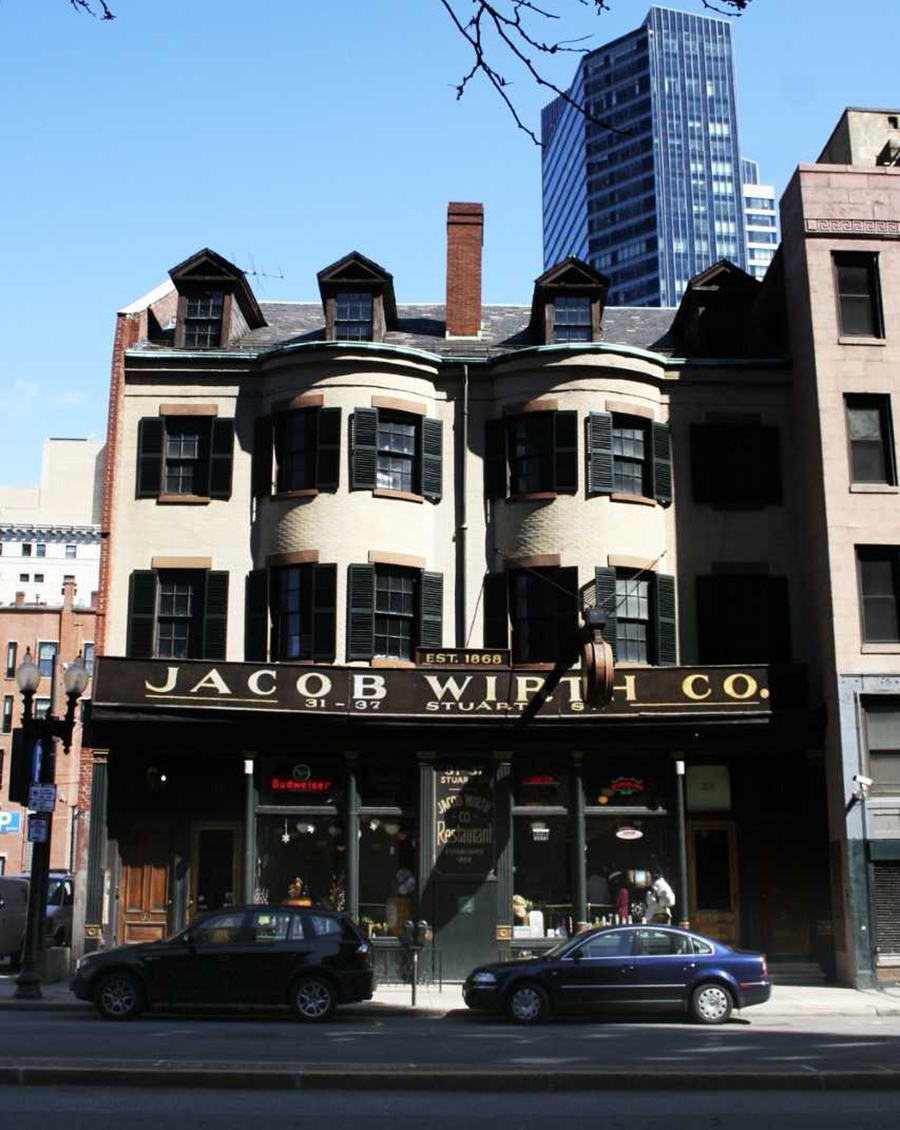