The award goes to restaurants with "timeless appeal," which certainly applies to this North End spot. 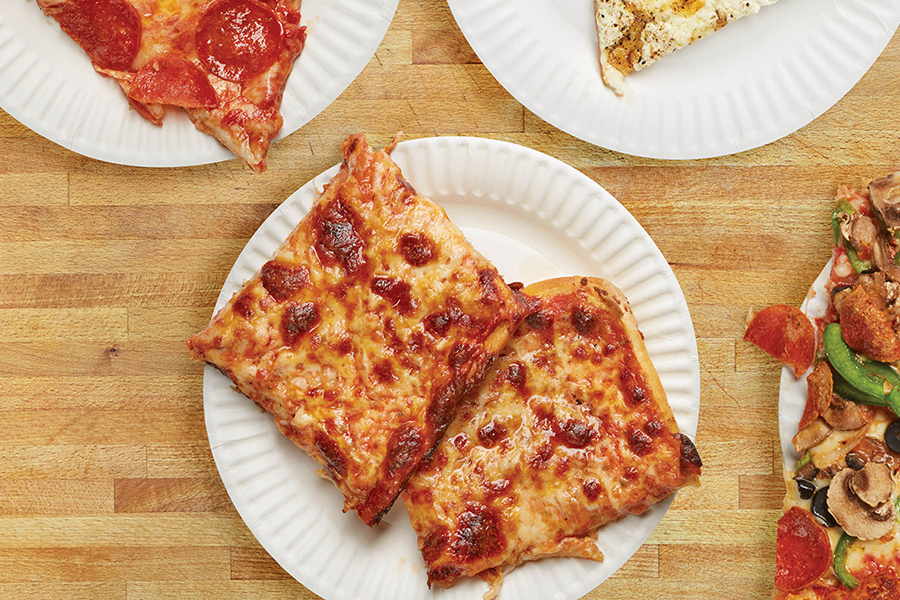 Galleria Umberto’s Sicilian slices (center). / Photo by Nina Gallant for “Which North End Pizzas Are Worth the Dough?”

The James Beard Foundation awards rising-star restaurants and established chefs every spring with its annual “Oscars of the food world.” But the prestigious New York-based foundation has myriad other initiatives—in honor of Julia Child’s buddy and fellow American culinary champion, the late James Beard—that sustain and honor the industry year-round.

Among them is the annual America’s Classics award: an honor bestowed on restaurants “cherished for quality food that reflects the character of their community.” Galleria Umberto, the legendary North End lunch spot known for $1.85 Sicilian slices, is among this year’s five recipients.

North End used to be a neighborhood of winding cobblestone streets. Italian immigrants began arriving here in the 1860s from Genoa, then Campania, Sicily, and Abruzzo. Umberto Deuterio founded Galleria Umberto in 1974. Sons Paul Deuterio and Ralph Deuterio run it today. The interior is straightforward, dominated by a counter and a hand-painted wall map of Italy. The Deuterios make arancini and calzones, but the main draw is crisp-edged squares of Sicilian pizza. When the pizza runs out, the shop closes for the day. They also close Galleria Umberto in July to maintain the business and spend time with family. Much has changed in the North End, but $1.85 here still buys you a slice and a taste of the old neighborhood.

Used to be a neighborhood of winding cobblestone streets? Otherwise, we agree. Galleria Umberto has numerous Best of Boston awards, from Best Calzone in 1981, to Best Pizza in 2014—despite the fact that the no-frills spot doesn’t even offer toppings. You won’t need them.

Incidentally, Tabasco sponsors this year’s Classics awards—so, sure, go ahead and add a dash to your Sicilian slice if you want.

“On the occasion of our 150th Anniversary,” Tabasco parent company CEO Tony Simmons says in a press release, “[we] are thrilled to have the opportunity to recognize these restaurant institutions that have made such a meaningful and lasting impact on their communities.”

The other 2018 recipients are Sun Wah in Chicago, Los Hernandez in Union Gap, Wash.; El Guero Canelo in Tucson, Ariz.; and Dong Phuong Bakery in New Orleans. They join the ranks of more than 100 honorees since 1998, and they are invited to the James Beard Foundation’s annual awards gala, taking place in Chicago on Monday, May 7.

Contacted by phone during a busy lunch shift today, Paul Deuterio was waiting on customers and couldn’t comment. Absolutely classic.