Cardullo’s Will Open a Second Gourmet Shop in the Seaport

The longtime Harvard Square grocery store and deli is expanding with a spirits selection and more in Boston. 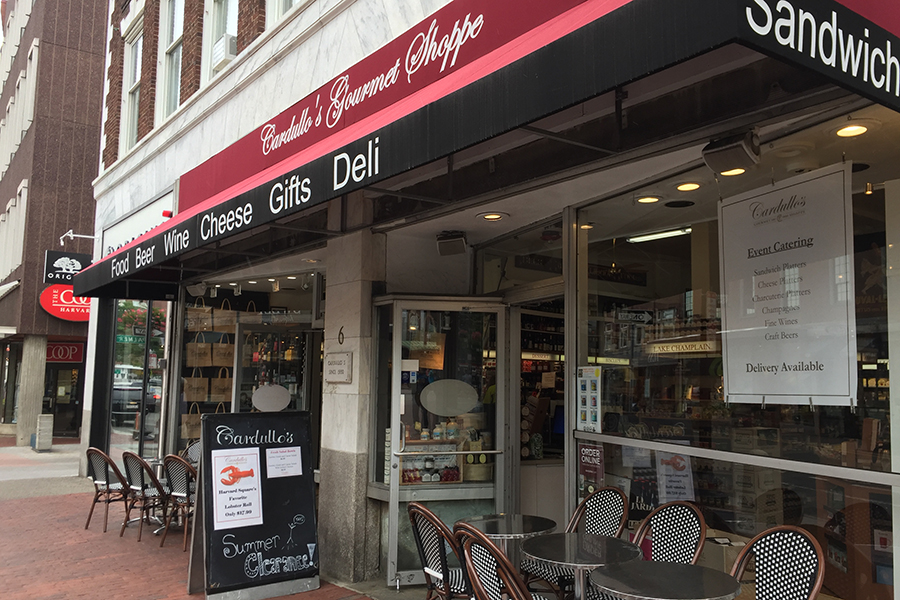 It’s not yet a supermarket for the growing waterfront neighborhood—but this spring, the Seaport is getting a location of Cardullo’s Gourmet Shoppe, the Boston Herald first reported.

The Seaport Boulevard location will build on the 67-year history of the Harvard Square original, with the same, wide selection of olive oils, jams, pastas and sauces, honey, coffee, teas, chocolates, gourmet salts, and more, including ample imported goods. It will also curate gift baskets to order.

Like the original, Cardullo’s will have a full-service deli and catering department in the Seaport. Breakfast sandwiches and coffee will serve morning commuters, while lunchtime will see the same menu of sandwiches, including the Hearty Harvard (choice of meat, with coleslaw and 1000 Island dressing), salads, soups, charcuterie, and artisan cheeses.

Rich and Kim Wilson bought the Harvard Square institution from the Cardullo family in 2015. Lately, the owners have been growing the shop’s selection of fine wines and craft beers. That will continue in the Seaport, along with a new section of small-batch spirits. Local wine and beer delivery will be available from the new store.

“This location is thriving with a community of residents and businesses who come to the Seaport for shopping, dining and more,” co-owner Kim Wilson said in a press release. “When we considered expanding our brand, it felt like the perfect fit to bring our rich legacy from one of the city’s oldest neighborhoods to one of its newest.”

Cardullo’s is headed for 101 Seaport Boulevard, care of WS Development, the Massachusetts firm responsible for the burgeoning new ’hood, and one of the largest privately owner development firms in the country. The new gourmet shop will be on the same block as new fast-casual dining options By Chloe, Aceituna Grill, Yoki Express, and more, as well as a shiny new SoulCycle.

“Adding a specialty grocer to the Seaport has been a top priority for many years now,” WS Development’s vice president of leasing, Todd Norley, said in a press release. “To introduce Cardullo’s, Boston’s most reputable gourmet market and a very special brand in and of itself, is an enormous cause for celebration.”