TB12’s former personal chef wants to cook some veggies for you. 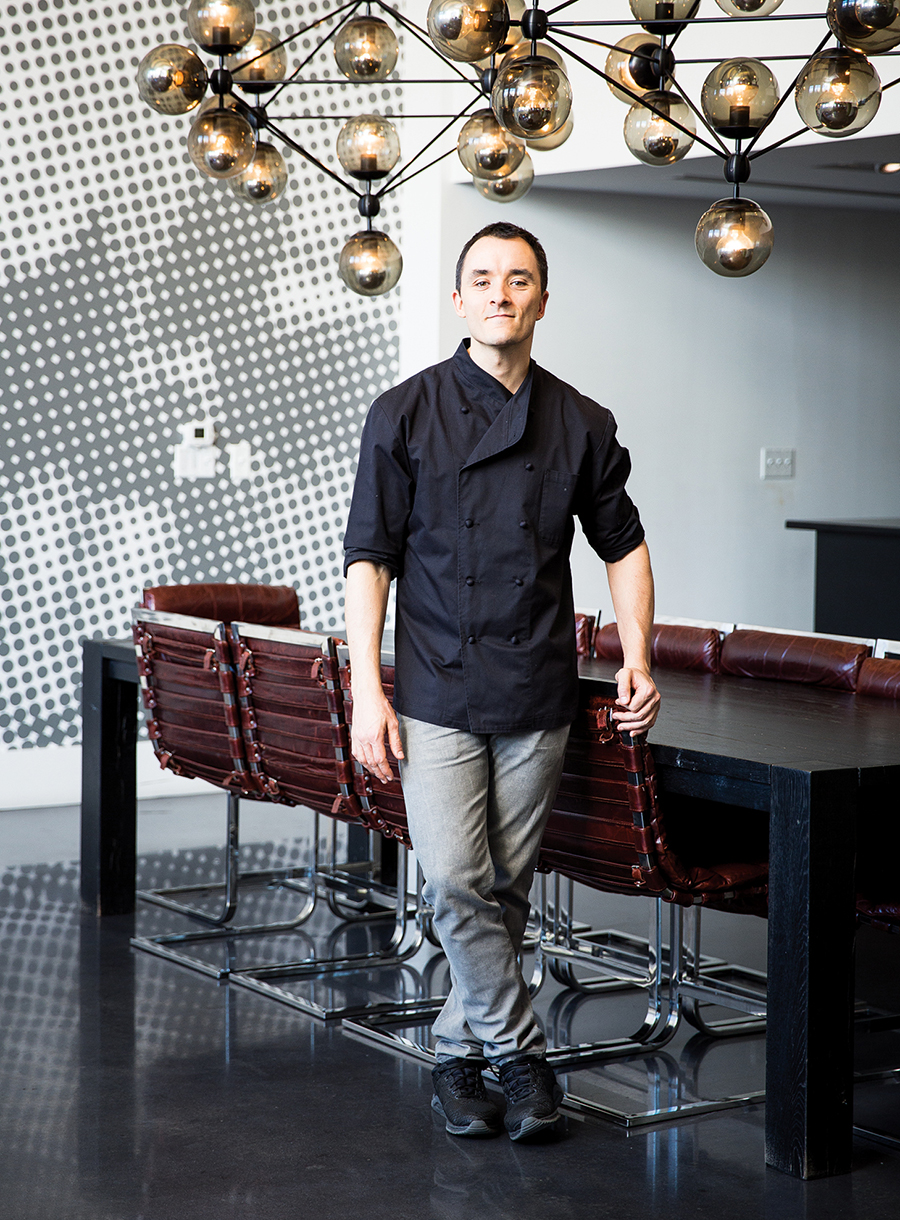 Vegetable maki. Quinoa power bowls. Avocado “ice cream.” Not too long ago, Allen Campbell spent his days whipping up health-conscious meals in one very special Brookline kitchen. As personal chef to Tom Brady and Gisele Bündchen, the Chelmsford native embraced the golden opportunity to work for New England’s golden couple, hanging out with the family in L.A. and even helping Brady write his $200, wood-bound TB12 Nutrition Manual. After years spent grinding it out on the line in traditional restaurants, battling addiction, and finally undergoing a health transformation that led to a new focus on plant-based cooking, Campbell had found his groove.

And then that Boston.com article happened. Picked up by the likes of Vogue and Forbes, the buzzy piece—in which Campbell revealed the quarterback’s strict dietary rules, including his curious avoidance of nightshades such as tomatoes—quickly went viral, rocketing the chef into the spotlight. “I had no idea that was going to happen,” he says. Inundated with more attention than anyone had expected, Campbell says he parted ways with his famous clients in April 2016 to work on building his own brand. “They were the ones that said, ‘Hey, it’s okay, we see you have these opportunities,’” he explains.

What, exactly, those opportunities were is still a little unclear. But he definitely walked away with a newfound platform and big dreams: namely, to become Boston’s pied piper of plantheads. “I want to reach the masses,” says the 36-year-old chef, whose culinary philosophy—similar but not identical to Brady’s diet—focuses on nutrient-dense plant-derived foods and cuts out dairy, gluten, and refined sugar and flour. Campbell, who’s continued working as a personal chef and taken on a new book project, shares his goals at dizzying speed as he chops bok choy in his Ink Block kitchen. A fast-casual concept. A line of to-go items sold at Whole Foods. Maybe even a high-end restaurant. For now, though, January’s launch of Avail—his line of healthful prepared meals available for delivery to offices and institutions—will have to do. If all goes well, Campbell plans to spin the concept into a brick-and-mortar, eventually filling what he sees as a veggie-shaped void in Boston’s restaurant industry.

“There aren’t many traditionally trained chefs, really, that are on this kind of healthy kick,” Campbell says while plating a nest of rutabaga “noodles” that could pass for cacio e pepe right out of the North End. “Some are becoming more health-conscious, but they’ll never let go of pork belly,” he says. As for those nightshades? Campbell admits that he does eat them sometimes. And, by the way, he adds, sometimes Tom does, too.