[UPDATE] 75 on Courthouse Square Has Closed for Good

It's the latest restaurant for the rapidly rising One Seaport area. 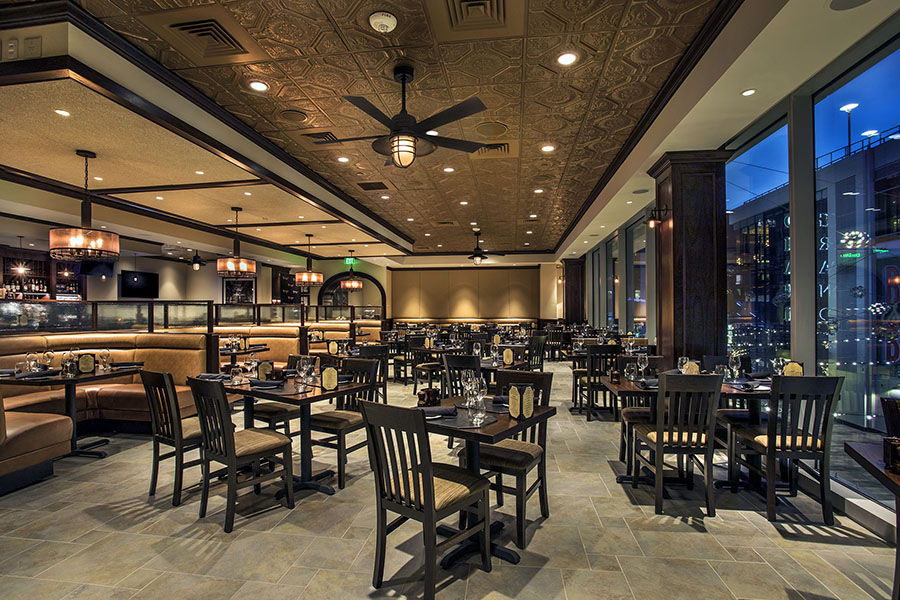 UPDATE, August 31: After just seven months, this restaurant has closed for good. “We and the 75 Courthouse Square team have agreed that an alternate approach to the space that has been occupied by 75 Courthouse Square would better serve the growing Seaport neighborhood,” One Seaport developers WS Development said in a statement to the Boston Globe. “As a result, this space will be transitioning to a different concept in the coming months.”

One Seaport’s shiniest, newest dining destination is currently introducing itself to the rapidly rising neighborhood, and 75 on Courthouse Square officially opens for dinner on Friday.

The latest from restaurateur Thomas Kershaw, 75 on Courthouse Square is an upscale, American bar and grill that “takes the ambiance and hospitality of our Beacon Hill classic, 75 Chestnut, to the next level,” he says in a press release. Kershaw also operates a 75 property on Liberty Wharf, and Hampshire House and the original Cheers in Beacon Hill.

The newest restaurant is Kershaw’s largest at 7,000 square feet. Across three dining rooms and two bars, the space accommodates up to 250 people, with different spaces to host conferences and other private events. The second-floor restaurant overlooks Seaport Boulevard from floor-to-ceiling windows, and the interior goes for casual elegance with dark woods, copper finishes, and a detailed ceiling.

To start, it opens for nightly dinner, with salads, pastas, burgers, and entrees, like Nantucket seafood stew, Meyer lemon chicken breast, pumpkin ravioli, pan-seared Atlantic cod with chorizo, butter beans, roasted Brussels sprouts; and tenderloin au poivre. Lunch and weekend brunch will pick up down the line. You can always get a bloody Mary, but brunch will come with a make-your-own bloody bar, as well.

75 on Courthouse Square is just one floor below the soon-to-open ShowPlace Icon movie theater (which boasts its own upscale lounge menu and bar program, along with state-of-the-art laser projection, sound quality, and heated reclining seats). It joins other swanky new amenities at One Seaport, including Boston’s own Tuscan Kitchen, a 16-lane Kings Dining and Entertainment bowling alley, the Grand nightclub, Equinox Fitness, and more, plus quick-service spots like Luke’s Lobster, and La Colombe Coffee Roasters. Elsewhere in the ’hood, new development gives you a location of By Chloe, a brick-and-mortar for Better Bagels, and a forthcoming second outpost of Harvard Square’s beloved Cardullo’s Gourmet Shoppe.