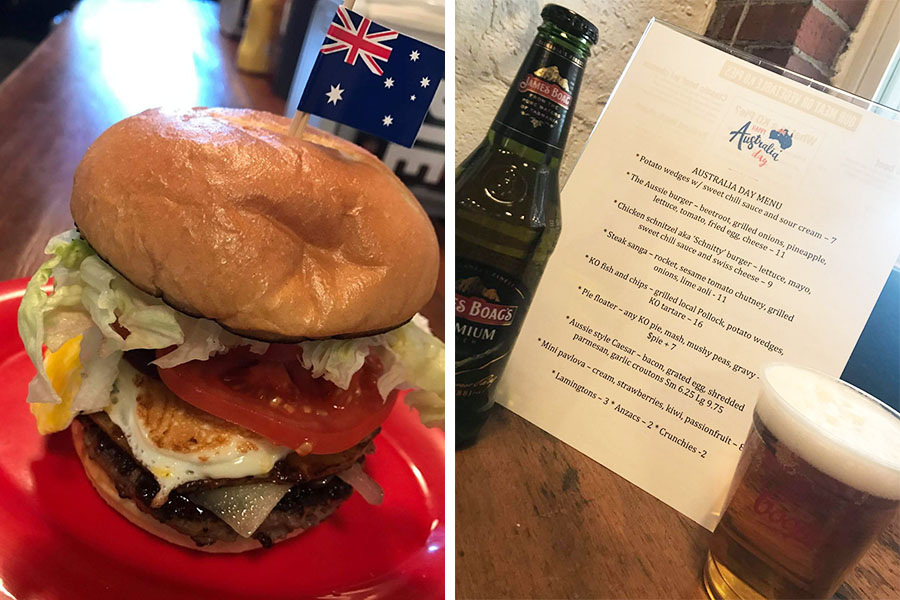 The Aussie burger, and the full Australia Day menu at KO Pies at the Shipyard. / Photos provided

Happy Australia Day! Boston’s very own Down Undah destination, KO Pies at the Shipyard, hosts its annual celebration today, on the official national holiday of chef-owner Sam Jackson’s homeland, and on Saturday. “As everyone in the Northern Hemisphere is getting into the gloom of January, back in Australia, it’s the exact opposite,” he previously told Boston. His friends and family back home will be celebrating with cookouts (and likely day-drinking), and by watching cricket. In East Boston, KO Pies has a special menu, with favorites like the chicken “Schnitty” burger, a steak sanga, pie floaters (any pie topped with mushy peas and gravy), and mini pavlova. Australian beers from Cooper’s and James Boag are flowing, and the cricket is on. (Fellow Southern Hemisphere chef Retno Pratiwi of Kaki Lima has just her rendang on the menu Friday and Saturday, but her full lineup of Indonesian fare returns alongside KO Pies on Sunday.) 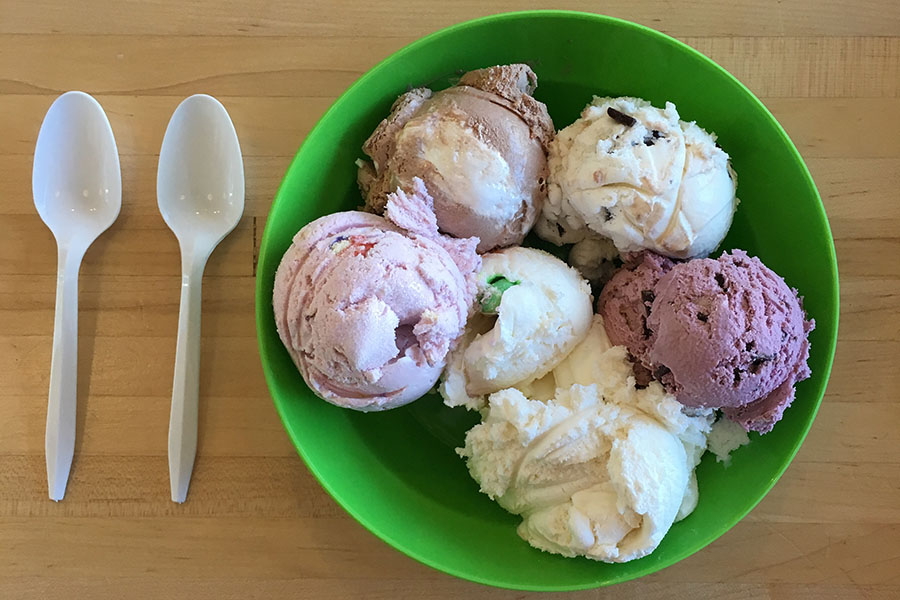 An Egg Cream, an Ice Cream Flight, and a Bowl of Cereal

Gracie’s Ice Cream returned Thursday after a month-long hiatus. The winter season brings a few new menu items to the Union Square ice cream shoppe (quaint spelling intentional): classic egg creams in chocolate, strawberry, and coffee flavors; flights of six different ice cream flavors, and, just for fun, bowls of cereal. “We use cereals in lots of different flavors,” says Gracie’s owner Aaron Cohen. “Since we aways have it around anyway, I figured we might as well serve it. I was never really allowed to have sugar cereals growing up until my brother went away to college, so this is very exciting for me!” The 16-ounce servings are $3 and come with milk, and soy is an option. “Because we’re Gracie’s, customers can add cereal marshmallows to any bowl of cereal for $0.50 more,” Cohen adds. The cereals (and the marshmallows) are also topping options for cups and sundaes. Pour-over coffee, house-made cocoa, root beer floats, hot dogs, and more are also available. Gracie’s is open Thursday 2:30-10 p.m., Friday 2:30-11 p.m., Saturday 1-11 p.m., and Sunday 1-10 p.m. through March, when summer hours will extend. 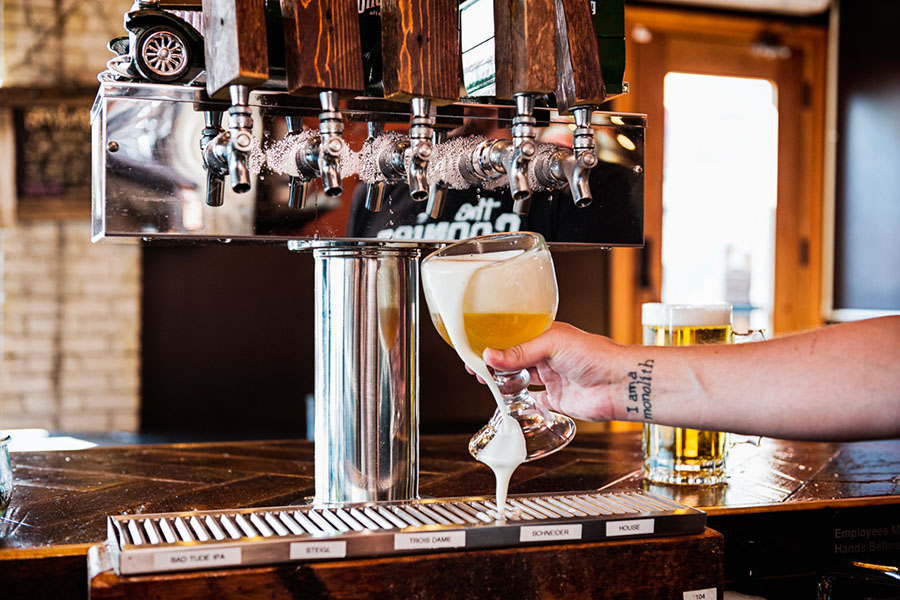 German beer at Bronwyn. / Photo by Chelsea Kyle for “Four Reasons to Say ‘Prost!’ at Bronwyn in Somerville“

Lots of Pork and Beer 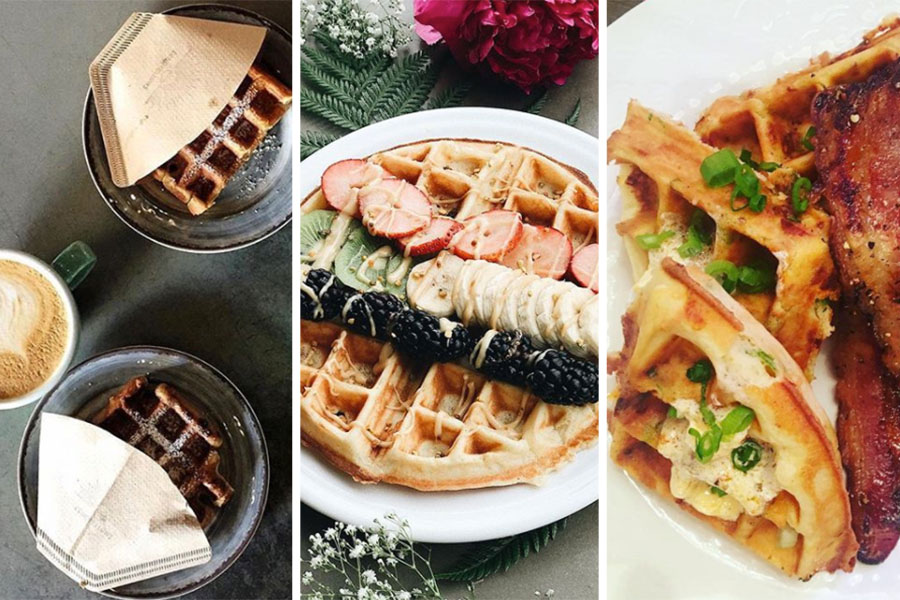 Sweet, savory, fluffy, crunchy—waffles can do it all. Is there a more perfect brunch food? There are many places to get a crevassed vehicle for maple syrup this and every weekend. Tiger Mama recently debuted a new brunch menu, with salty-sweet, bacon-cheddar waffles with Thai chili butter and maple-glazed bacon; Jugos Supremo has a fruity vessel among its brunch offerings; and the can’t-miss weekend brunch at Brewer’s Fork has features #bridgetswaffle, rotating among flavors like lemon poppyseed with vanilla butter; savory zucchini and feta with onion agrodolce and a fried egg; cherry-chocolate with brandied cherries and pistachio panna cotta, and more. Plus: This Saturday only, Longfellows Coffee at Lamplighter Brewing hosts a special waffle brunch, with honey-Sriracha glazed Belgian-style liège waffles topped with a fried egg. 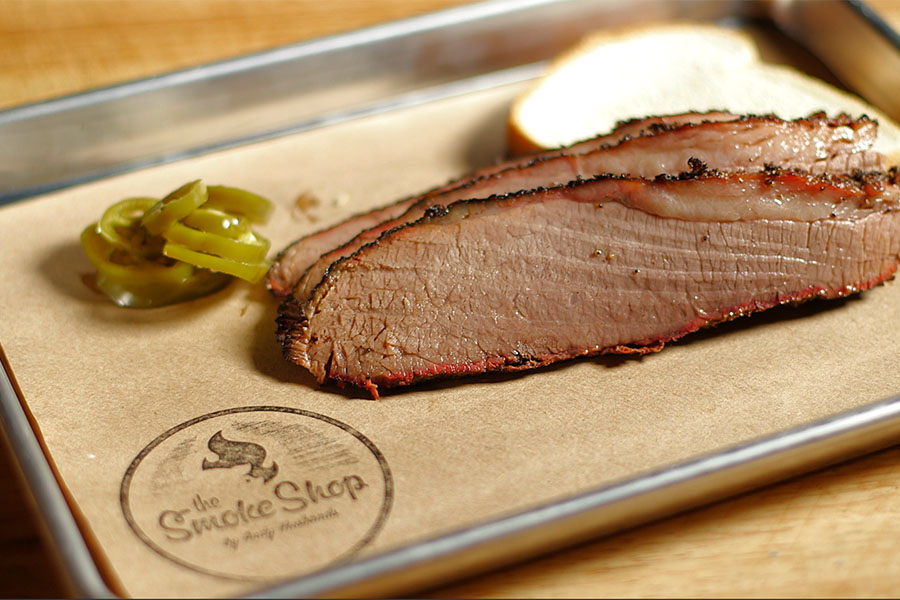 The Smoke Shop’s Texas-style brisket gets a cholent treatment during Kitchen Kibitz’s Schmoked Schmaltz pop-up on Saturday. / Photo provided by the Smoke Shop

Jeff Gabel of Kitchen Kibitz heads to the Smoke Shop in Kendall Square this Sunday for a one-night-only Schmoked Schmaltz pop-up. The three-course dinner is based on a mix of his modern Jewish culinary ideas, and chef Andy Husbands’s barbecue know-how. Expect dishes like pastrami pierogis, family-style servings of mac and cheese kugel, warm cholent (a traditional Jewish stew) amplified Husbands’s award-winning brisket, bourbon-cranberry sufganiyot, and more. Tickets are required and are available on Eventbrite, where you can also check out the full menu. 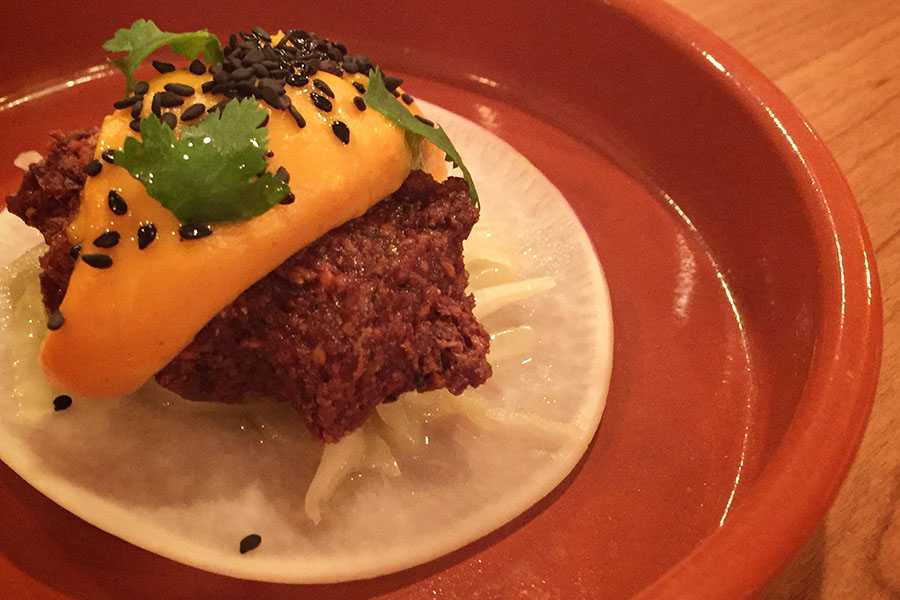 For a vegan-friendly Sunday supper option, Oleana cook Graham Boswell brings his Mediterranean-inflected pop-up to his former employer, Taco Party. Littleburg’s signature seitan-chickpea burger is on the menu, along with his pide (Turkish flatbread filled with lentils and tomato), a cauliflower salad with zhoug tahini and pomegranate, desserts, and a totally nontraditional, but entirely appropriate falafel taco.