Which Food Trucks Would You Like to See in Cambridge?

The People's Republic is running a People's Choice poll through mid-February. 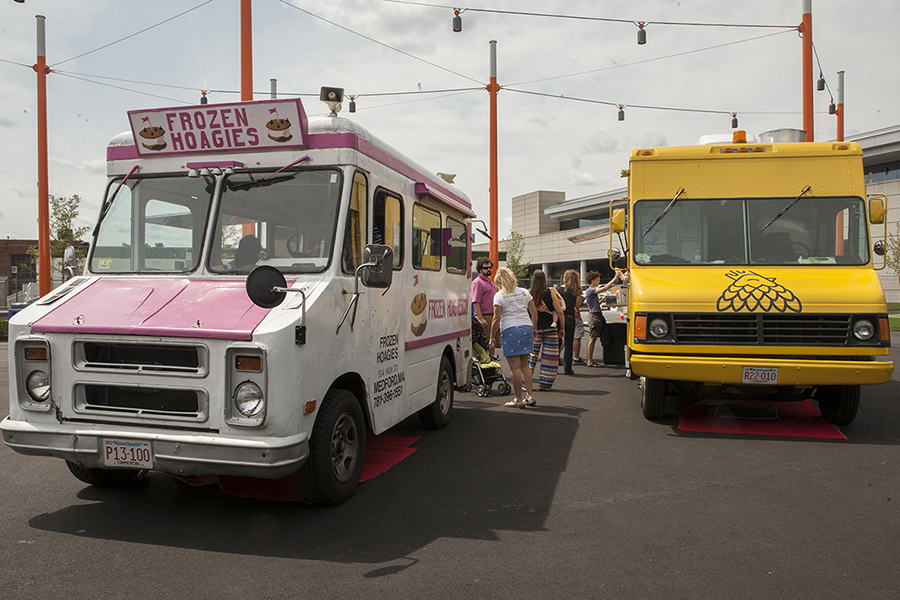 Work, play, or live in Cambridge? Ever think it’s weird that food trucks are never stationed at visible public locations like City Hall, near Kendall Station, and North Point Park? Well, the city is finally poised to change that.

Back in the fall, the City of Cambridge’s Community Development Department embarked on a quest to pilot a program bringing regular food vendors to four, high-demand sites. Cambridge has hosted food trucks for special events before, and privately owned spaces like the Harvard University Science Center Plaza regularly offer mobile eats. But this will be the first time well-traveled public areas will have regular food truck hours.

The plan is to have up to three up to different trucks post up in designated areas from April 1-Oct. 31, 2018. More than 30 interested vendors applied for Monday-Friday lunch hours at Sidney and Erie streets in Cambridgeport, Thursday-Saturday nights in front of City Hall in Central Square, TBD times at Main and Ames streets in Kendall Square, and/or Saturdays and Sundays at North Point Park.

The city prioritized women and minority-owned businesses, businesses operated by Cambridge residents, businesses 2 years old or newer, and vendors without a brick-and-mortar location, it reports. Among the possible vendors it selected are longtime favorites like Bon Me, the Chicken & Rice Guys, Tenoch Mexican, and Frozen Hoagies, along with the Dining Car, Taco Party, Shuck Food Truck, Amigos Locos, and more.

Each food truck applied with its preferred location, and the public is now invited to select their favorites. Polls are open through mid-February.

Want to know the deal with this ~food truck craze?~ The city hosts an informational session for interested residents and food truck fans from 5-8 p.m. on Monday, Feb. 5, in the Economic Development Division conference room, on the fourth floor of the City Hall Annex, at 344 Broadway.

Better late than never, Cambridge. We’re psyched about it.