Drink This Now: A Trillium Lager Brewed at Notch

I Predict a Riot is the result of hoppy pale ale and traditional lager perfectionists coming together. 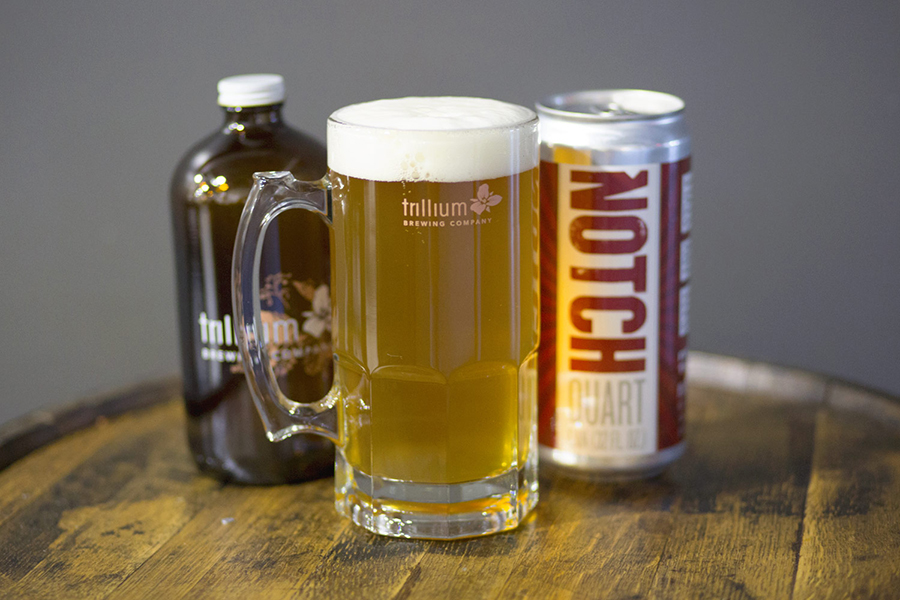 The first Trillium lager (besides some Permutation series experiments) “to see customers’ eyeballs,” as cofounder and brewer JC Tetreault puts it, is I Predict a Riot, a guest brew made on Notch Brewery’s lager-specific system on the North Shore. It hits draft lines at Trillium and Notch this weekend.

While the past five years have been spent brand-building then simply keeping up with insane demand mainly for its hop-driven ales, Trillium also continues to grow its production facility and capabilities in Canton. Later this year, it will add a 10-barrel system (and a restaurant, and rooftop deck…) in Fort Point. All the while, Tetreault and his team have been using their growing space to experiment and make pilot batches of a variety of things that haven’t been shared with fans just yet.

“The direction we see Trillium heading in will have a spectrum of offerings changing for the season, that changes for the place [it’s being served],” he says. (How does a hoppy lager sound for a summer day at the Garden on the Greenway?) “It’s more of a brewpub approach, [rather] than a production brewery approach. But we’re operating at the scale of a production brewery. It’s a tough combination.”

So, it’s a learning process—and who better to learn from than a lager specialist? Notch cofounder Chris Lohring, a 25-plus-year industry veteran, designed his Salem brewery with making traditional lagers in mind. He’s hosted a few fellow beer makers there for the Notch Guest Brew series—Clown Shoes, Idle Hands, and in the coming months, now-West Coast-based Ben Howe returns to make a redux of his now-defunct Enlightenment Ales, Lohring says.

On one had, the Notch Guest Brews help diversify the taproom lineup for consumers—like all Massachusetts breweries, Notch’s license only allows them to pour beers made onsite. It gives brewers a chance to work on equipment they might not otherwise have access to. But it also benefits Lohring and his team.

“To be able to spend a couple days with JC, picking his brain, for us has been a good learning experience, because we do hazy pale ales,” Lohring says. “People thought, from Notch, that was a little odd, but it really fits what we do. They’re session strength, hazy pale ales that are wonderfully flavorful and aromatic… I love that. As much as [Tetreault] was able to learn a bit about lagering up here, I was able to learn just as much from what those guys are doing.”

I Predict a Riot isn’t as hazy as a typical Trillium brew, and at 6.5 percent alcohol-by-volume, it isn’t as sessionable as a Notch.

With a fair amount of malted wheat and a little British malt character, the grain bill harkens back to the first-ever hoppy pale ale Trillium made, Fort Point. It also uses “all Citra [hops], all day,” Tetreault says (Fort Point Pale Ale is a blend of Citra and Columbus hops). But the key difference is the yeast. For this hoppy lager, Tetreault used a Bavarian lager strain favored by Lohring.

Will it cause a riot? Maybe, with the buzz both Trillium and Notch elicit. But the name—a Kaiser Chiefs song title, one of Tetreault’s favorites—is actually a reference to the two brewers coming together, Tetreault says.

“[Lohring is] clearly super passionate about what he does, as are we. It felt inspirational that we can both really respect what the other does, even though he doesn’t choose to make the same kind of beers we do, and we don’t stick to super traditional session styles,” Tetreault says. “When you bring these two things together, there’s gonna be some animation.”

Trillium and Notch team up on a series of launch parties for I Predict a Riot: at Trillium Garden at the Substation this Saturday, Feb. 3, and at the Salem taproom on Sunday, Feb. 4. The 20-barrel batch will be available at Trillium’s Canton and Roslindale taprooms, and for growler fills at its Canton and Boston locations beginning Saturday. It’s on draft and in crowlers at Notch beginning Sunday. 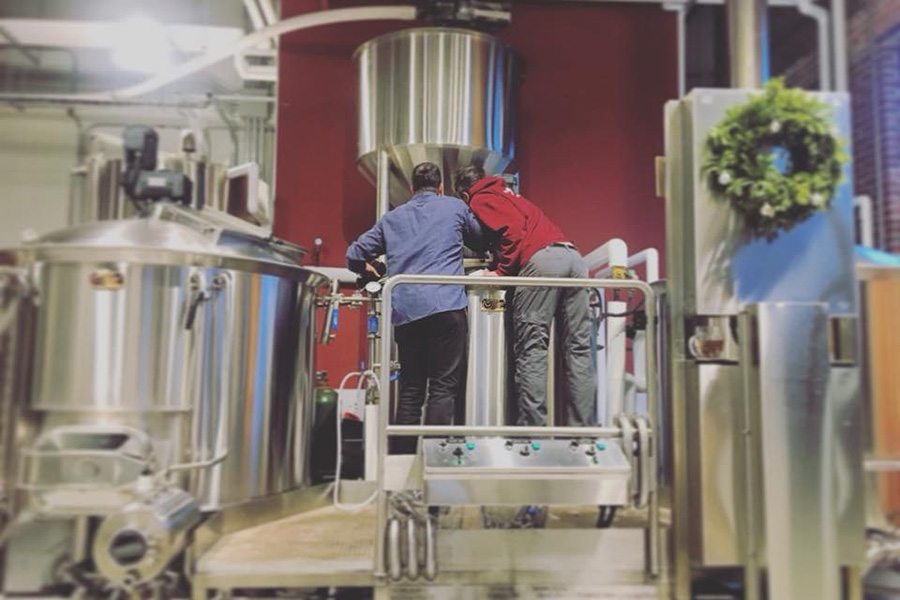 (L to R) JC Tetreault and Chris Lohring brewing I Predict a Riot at Notch. / Photo by Brienne Allan