Santilli, Morph, and more will be on draft at the Pawtucket taproom. 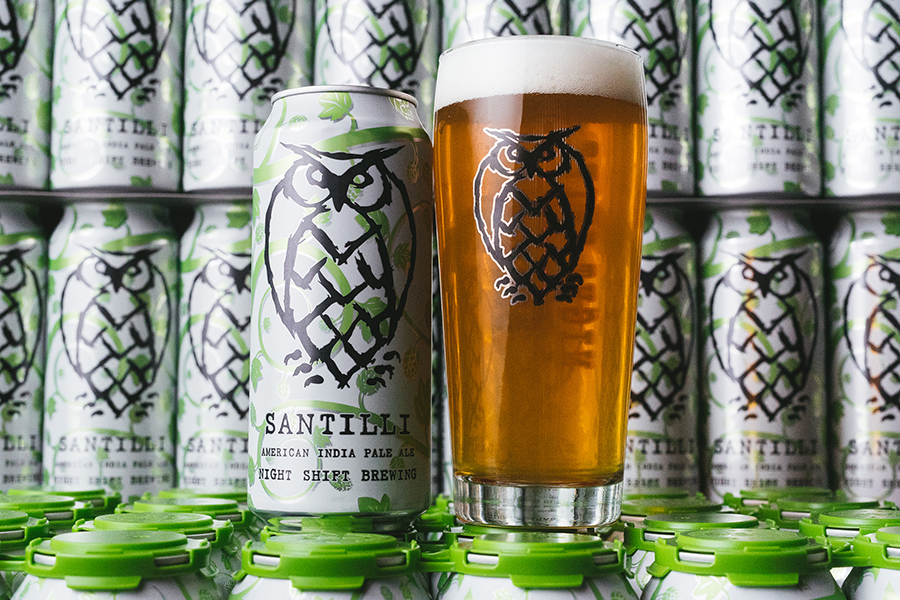 As the area’s reigning best brewery continues to grow, it needs a little more room to spread out. Night Shift Brewing is now contract brewing at the new Isle Brewers Guild cooperative, and will soon have a few of its beers on draft at the Guild taproom.

Night Shift anticipates producing about 30,000 barrels of Santilli IPA, Awake porter, and more diverse brews in 2018, and maxed out its capacity at home in Everett in early 2017. It contract-brewed a bit with New Hampshire’s Smuttynose last year, and while that brewery is on the auction block, Night Shift was already seeking a different contract partner for 2018, says cofounder Michael Oxton.

“Isle Brewers Guild is very capable of growing with us,” he says.

The 130,000-plus-square foot campus, located in downtown Pawtucket, has the potential to produce 175,000 barrels of beer in the coming years. It offers brewing capacity, kegging and canning options, cold storage, room for barrel- and stainless steel tank-aging, and more amenities for established, mid-size breweries looking to grow without making costly investments or moving.

Night Shift anticipates adding about 10,000 barrels of extra brewing capacity in Rhode Island, Oxton says, with the added bonus of getting a little visibility in the Ocean State. Night Shift currently only distributes in Massachusetts, New York, and Maine, but the beers it makes at IBG will be on draft and available in cans to-go at the Guild taproom.

Night Shift head brewer Joe Mashburn, members of his production team, and quality control employees all regularly make the ~50-minute trip to brew at IBG, Oxton says. “We don’t plan to change that,” he says. “We trust those guys [at IBG], but we need to make sure it has Night Shift stamp of approval as well as IBG stamp of approval.”

And IBG understands that, Oxton adds. While the Guild has some of its own beers on draft in the taproom, the facility was founded to be a partner. “The relationship side of this, from operations, to recipes, to planning, to branding—everything that they’re doing is very much aligned with helping our business grow,” Oxton says.

Night Shift started this new contract brewing relationship with the award-winning IPA Santilli, which will be available at IBG around February 15. Brews in the IPA series Morph and One Hop This Time will be there in the coming weeks. The Guild taproom is open from 4-9 p.m. on Thursdays and Fridays, noon-9 p.m. every Saturday, and noon-6 p.m. on Sundays. 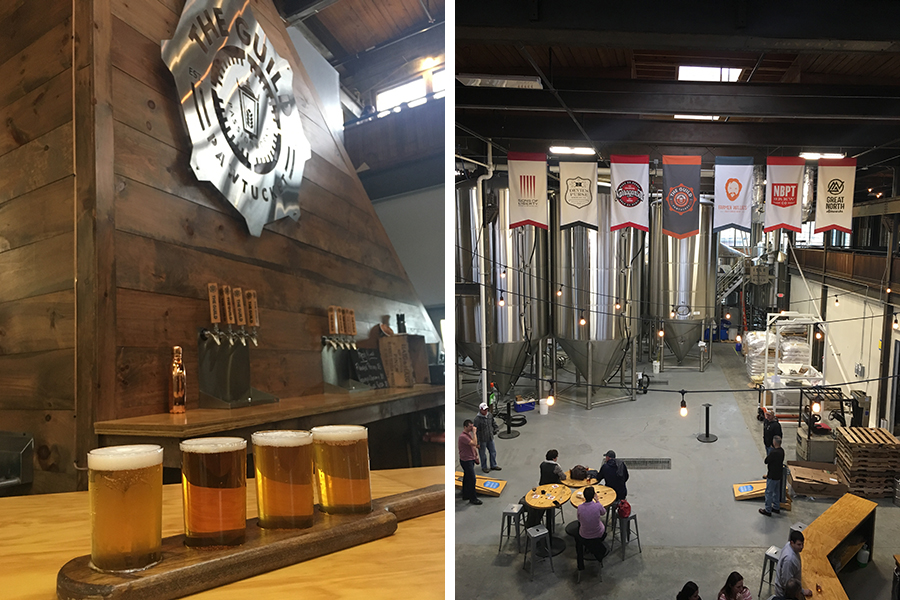 A flight of Isle Brewers Guild, Narragansett, and Great North Aleworks beers at the Guild Taproom. / Photos by Jacqueline Cain