The beloved summer seasonal Pineapple Grapefruit gets an update. 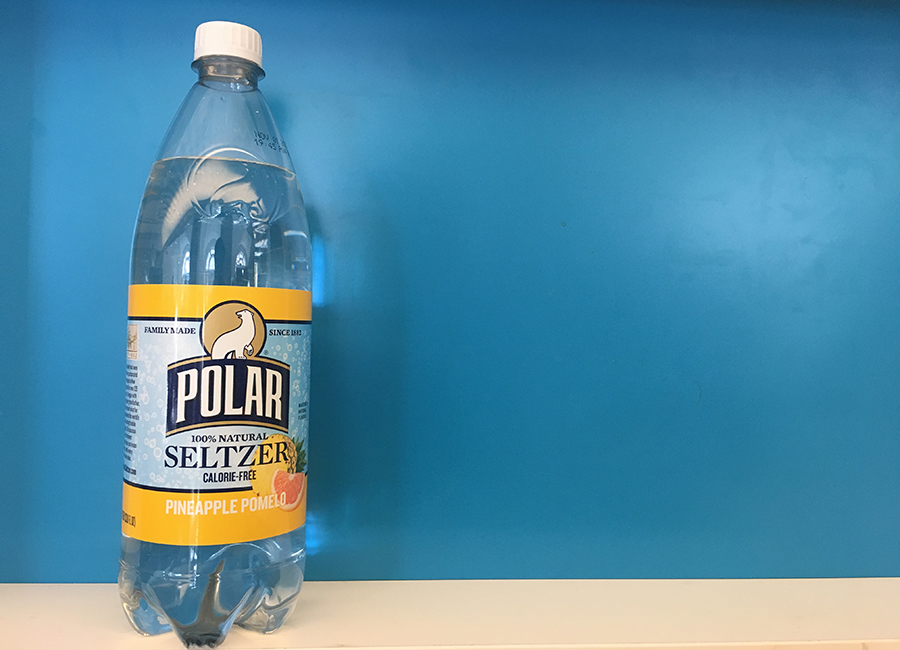 Polar Seltzer is from New England, so it knows we needed some cheering up today. The company shared a little sunshine in the form of a brand-new flavor, Pineapple Pomelo.

This is an addition to Polar’s year-round offerings, rather than part of the seasonal lineup that Polar shares every summer (in May) and winter (in October), or a special edition flavor a la Unicorn Kisses or Seltzebrate.

“It is the latest addition to our core lineup so it is here to stay, now and forever!” says a Polar spokesperson. “The first bottles have already left Polar HQ [to hit stores in the region].”

Much to the delight of the Boston magazine staff, it seems to be a reboot of a summer 2017 favorite, Pineapple Grapefruit. The only information shared along with the samples is a note that says, “Yeah, like grapefruit but sexier.” Ooh la la! Pomelo is a citrus fruit similar to a grapefruit, but larger, sweeter, and more mild. It adds a bit of brightness to this tropical, but mellow seltzer flavor—if you liked Pineapple Grapefruit, you’ll love this.

Though this is just one flavor, the Boston mag team decided to do our traditional roundtable taste test for you anyway, dear seltzer-loving, properly hydrated readers. Ten of us split a liter of Pineapple Pomelo and all reported enjoying it. Here are some of our thoughts:

This post was updated at 5:05 p.m. to confirm it’s a permanent addition to the Polar Seltzer lineup.