Lamplighter Brewing Unveils a Back Taproom

The bold space doubles the size of the popular beer hall. 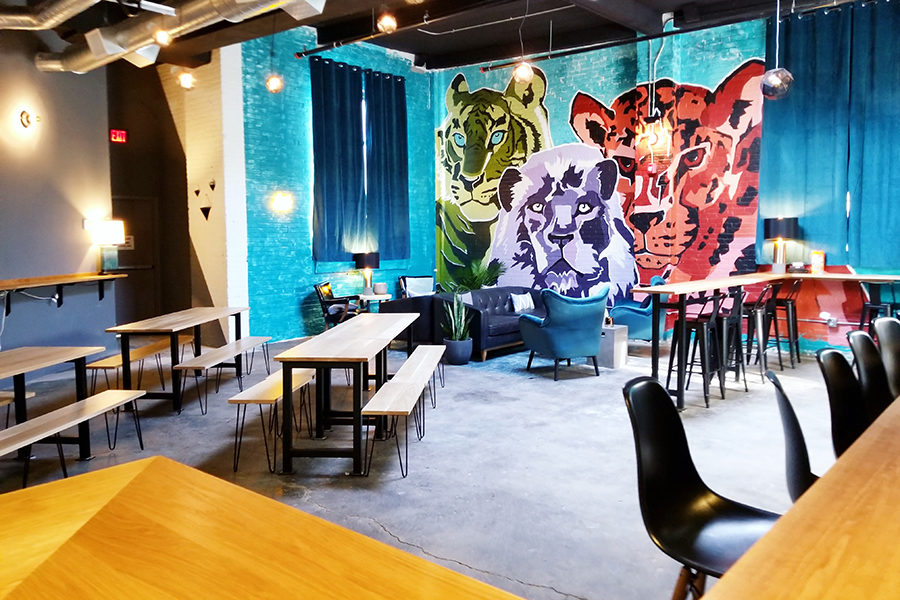 The back taproom at Lamplighter Brewing officially opens this weekend. / Photo provided

From the early days in late fall 2016, when Lamplighter Brewing Co. first opened its light-filled, cozy taproom on Broadway in Cambridge, lines down the block made it clear the spot would be popular. With frequent food pop-ups, funky beer flights, board games, and complimentary snacks, it’s a welcoming space for Camberville and beyond.

And now there is more room to enjoy it. Lamplighter unveiled a bold, second taproom on social media Monday morning, and plans to properly fête the new space all weekend long, beginning Thursday, Feb. 8.

“We’re so excited to finally have it up and running,” says Lamplighter cofounder Cayla Marvil.

She and business partners AC Jones and Tyler Fitzpatrick, the head brewer, embarked on doubling the brewery’s capacity back in March 2017. The effort required gathering signatures from guests to support the demonstrated need for more space, appealing to Cambridge’s zoning board, licensing authority, and the state Alcoholic Beverages Control Commission; and physically building it out.

The second taproom, located down a hallway past the restrooms, accommodates an additional 100 people (the initial capacity was about 100, as well). Filled with communal tables and benches, stools, plush chairs and couches, it also has its own bar, and a fierce mural by Chloe Rubenstein.

“We’re really happy with how it turned out… It’s a bit more colorful and funky than the front space, but maintains a similar cozy taproom vibe,” Marvil says. “It’s definitely more dark and night-time appropriate vs. the cafe feel of the front.”

Regular hours for the second taproom are still to be determined, “but it will certainly be open during nights and weekends (Tuesday through Saturday) so that we can accommodate more folks during these busy periods,” Marvil says. It will also host a variety of special events: Keep an eye out for details on a calligraphy class, a paint night, speed dating, and Tuesday night trivia this month. 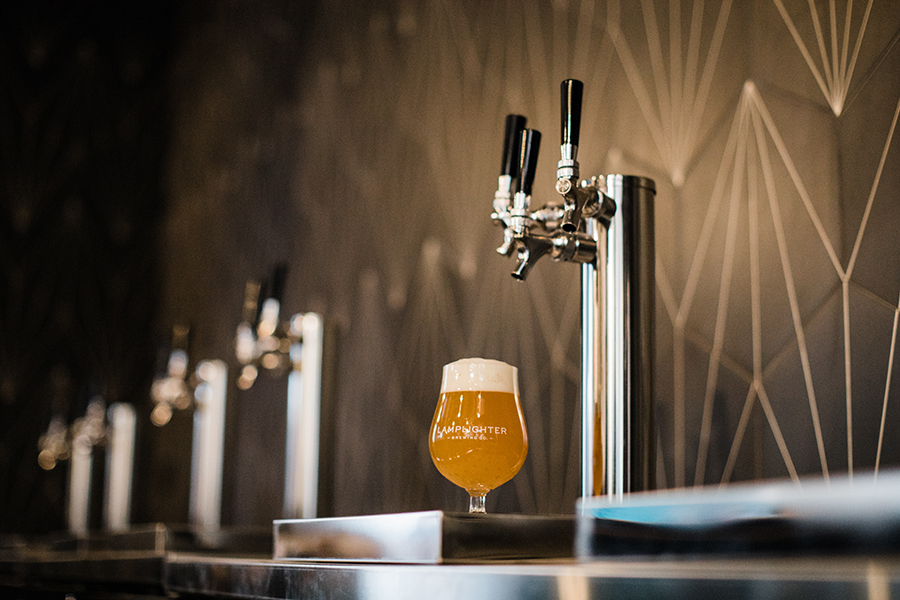 The draft lines in the back taproom at Lamplighter Brewing Co. / Photo by Alyssa Parker