Pavement Coffeehouse and Bon Me will also join Whole Heart Provisions and other public dining options there this fall. 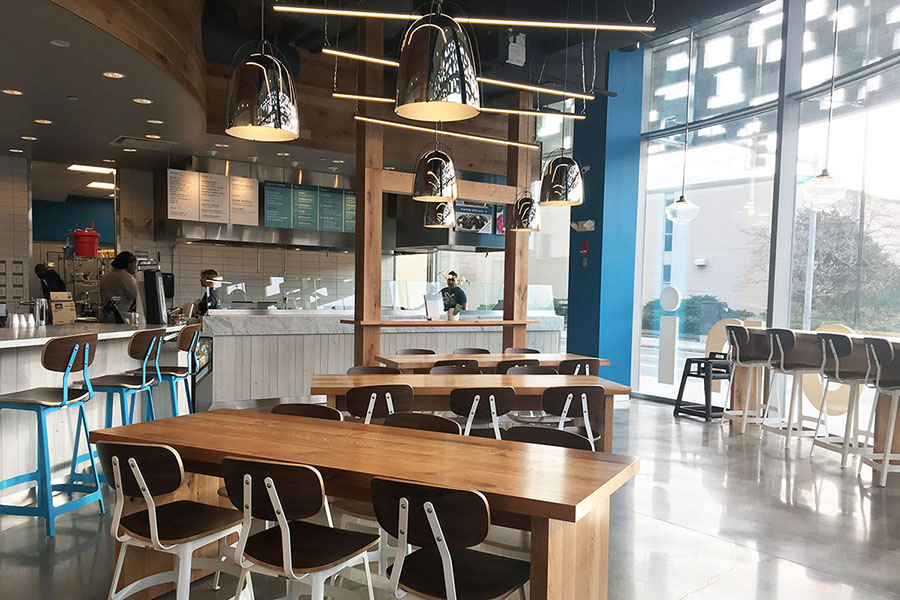 The Harvard Gazette reports the project planners sought “sustainable, local, healthy, and diverse,” vendors, with “significant experience running successful food venues.” The Smith Campus Center was previously home to a landmark Au Bon Pain and a location of B.Good, which both shuttered ahead of the planned two-year renovation. Oggi Gourmet has temporarily relocated to Dunster Street; Clover moved its Smith Center-adjacent location to nearby Mass. Ave at Holyoke Street.

All of the new food options are headed for the first floor of the renovated campus center; take a look at a map in the Gazette for specific locations.

Pavement started brewing coffee in Boston in 1998, and now has a half-dozen locations in Allston, the Fenway, and Back Bay areas. It’s also known for house-made bagels and sandwiches. Harvard will be its first café across the river.

Blackbird Doughnuts, from the Gallows restaurant group, has two locations in the South End and Fenway. “As a home-grown, Boston-based artisanal doughnut shop, Blackbird’s focus has been in Boston proper,” owner Rebecca Roth Gullo told the Gazette. Expanding into Cambridge via the Harvard campus is a great opportunity, she said. “The area has so much going on—diversity, history, national exposure, and we are so excited to be part of the recent growth.”

Bon Me is a regular amenity on the Harvard campus, thanks to a longstanding food truck location at the Science Center. The brick-and-mortar at the Smith Center will be the Vietnamese-inspired sandwich shop’s eighth restaurant, joining a few others in Cambridge, and one each in Copley Square, Fort Point, Chestnut Hill, and the Boston Public Market. Bon Me also operates eight food trucks, and two mobile carts. The Smith Center “project is exactly the type of dynamic and vibrant space that we love to be a part of,” Bon Me co-owner Patrick Lynch said.

The Harvard Gazette reports that all the food operators have “green building leases” in place with the university, and that they all have the required zoning approvals. The Smith Center is on track for a fall 2018 opening.