They got hitched in Malibu on Tuesday. 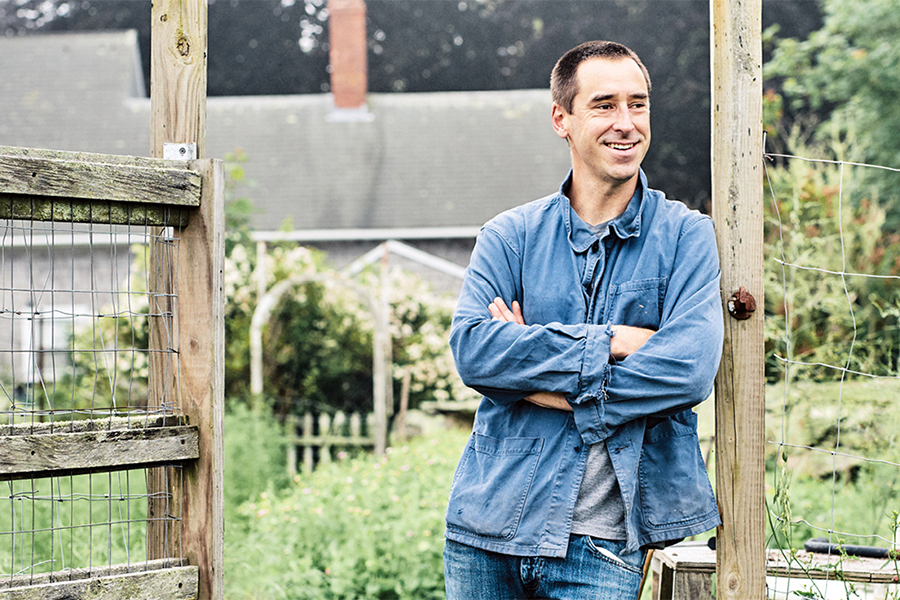 Just days after making their relationship Instagram official, Amy Schumer and Chris Fischer got married at a private ceremony in Malibu on Tuesday, according to People.  The comedic actress and Martha’s Vineyard-based chef-farmer have been linked since this fall.

Schumer confirmed the news this afternoon in an Instagram post filled with wedding photos. In a followup post, she asked fans to donate, in lieu of gifts, to Everytown for Gun Safety. “Sending love to everyone who has been affected by gun violence,” she wrote in reference to yesterday’s school shooting.

The couple exchanged vows in front of about 80 guests, including Jennifer Aniston, Larry David, and Fischer’s childhood friend Jake Gyllenhaal. It is unclear whether Fischer’s other longtime pal, recently disgraced chef Mario Batali, was also in attendance.

Fischer worked under Batali at Babbo in New York City for a couple years before returning home to the Vineyard to run the Beach Plum Inn, where he once cooked for the Obamas. After that, he was executive chef at the Covington, in Edgartown, for one season. He’s also the author of James Beard Award-winning The Beetlebung Farm Cookbook, which tells the story of four seasons on the Martha’s Vineyard through recipes, stories, and photos.

Fischer more recently shifted his attention to maintaining his family’s five-acre farm in Chilmark and working as a private chef for clients such as restaurateur Keith McNally. Last summer, Fischer opened a small produce market in nearby Menemsha, and announced plans to eventually serve dinner in the modest storefront.

No details on the couple’s wedding menu have emerged yet, but we’re willing to bet that it included copious amounts of farm-fresh produce.