A Couple Portland Favorites Are Working on Cookbooks

Look for Northern Hospitality with the Portland Hunt + Alpine Club early this fall, while Eventide Oyster Co. is currently in talks with publishers. 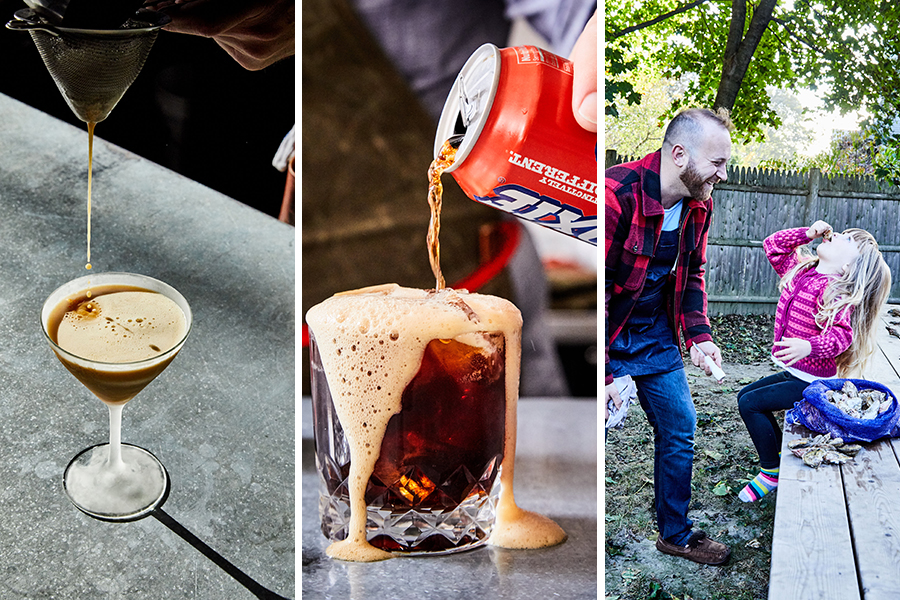 Even though it’s less than two hours away, we can never get enough of Portland, Maine. Later this year, a new book will bring some of what’s best about the Pine Tree State right into your kitchen, no matter where you are. Northern Hospitality with the Portland Hunt + Alpine Club: A Celebration of Cocktails, Cooking, and Coming Together is the first tome from Briana and Andrew Volk, the proprietors of the Old Port’s James Beard Award-nominated cocktail den, the Hunt + Alpine Club; and Little Giant restaurant and market.

The Volks just finished up shooting with photographer Peter Frank Edwards, who made the photos for Lowcountry chef Sean Brock’s best-selling and award-winning cookbook, Heritage. For Northern Hospitality, the images were made at Edwards’s camp in Bucksport, Maine.

We were lucky enough to spend the final day shooting our book, Northern Hospitality, at our photographer's camp in Bucksport. Expect ice fishing, fireside cocktails and more. #northernhospitality #quartocooks

Of course, the book will be a cocktail guide, and will also feature New England and Scandinavian-inspired food. The Volks will also ruminate on life in cold climates—imagine pieces about how to build a campfire, and how to get your kids to eat oysters, Briana says.

“We will also be diving into things like Aquavit,” a distinctive Scandinavian spirit, “the lure of Allen’s Coffee Brandy, and building a killer smorgasbord,” she says.

In other Maine cookery bookery news, the James Beard Award-winning trio behind Eventide Oyster Co. (and Eventide Fenway) has signed on Boston-based writer Sam Hiersteiner and the Lisa Ekus Group culinary agency, and is currently in talks with publishers to produce an Eventide cookbook. Stay tuned for more details—and spend this time preparing yourself to learn just how much butter goes into Eventide’s iconic lobster roll.