Mystic Is Opening a New Brewery and Taproom in Malden

The expansion will feature a beer hall, outdoor space, and a cheese counter. 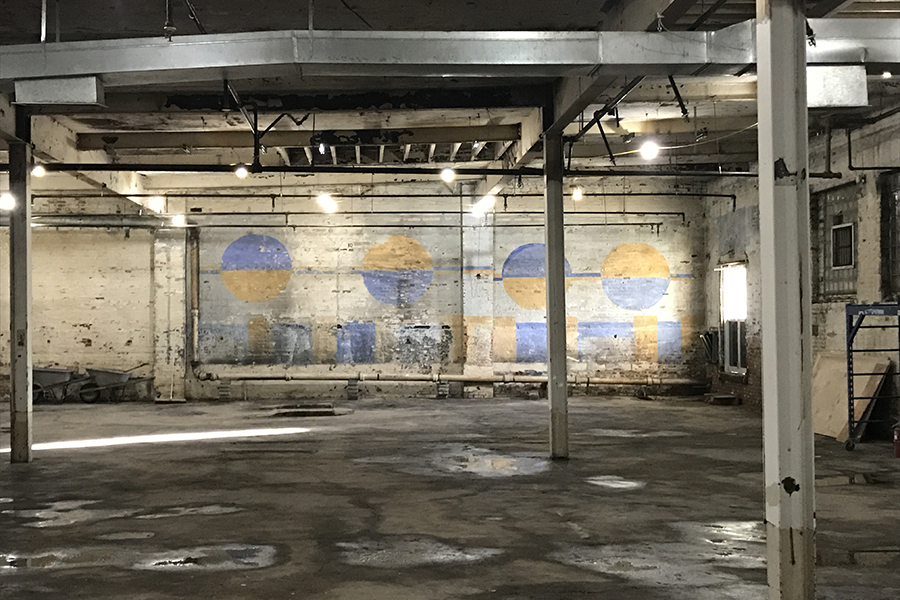 If you pay attention to local beer, by now you’re certainly aware that the north-of-Boston city of Everett is the region’s newest Fermentation District, home to Night Shift Brewing, Bone Up, Short Path Distillery, and, just a mile away, Down the Road.

Now Everett’s neighbor, Malden, is poised to become another beer destination. Already home to Idle Hands, Mystic Brewery will expand with a new brewery and taproom in Malden late in 2018. The city will also get its first “original” brewery (both Idle Hands and Mystic moved there), a brewpub called Faces at 50 Pleasant St., Malden Mayor Gary Christenson announced today.

The announcement, made during the mayor’s State of the City breakfast this morning, explains the mysterious photos Mystic owner Bryan Greenhagen shared on Instagram last night. A spokesperson for the City of Malden says video of the mayor’s announcement will be posted online next week.

Mystic is headed for 11 Charles St., just a few blocks away from Idle Hands.

“We’ve been looking for a bigger space, [where] we can… present what we’re doing better,” Greenhagen says.

The Chelsea space, which opened to the public in 2013, has been fantastic for his six-year-old company, he adds, and he plans to keep the space there once Mystic operations fully make the move. He’s not sure yet if it will still be public-facing, and it could one day be the home for a fledgling lager project Greenhagen is developing called Von Lüne Lagers. But that’s all in the future.

For now, the Chelsea brewery has hit its 3,000-annual barrel capacity. The taproom is filled with people on a typical Saturday, especially during a can release, and the site can’t host food trucks. The Malden location will allow Mystic to have a theoretical 20,000-annual barrel brewhouse, plus an indoor beer hall and seasonal outdoor seating, and the ability to host food trucks, Greenhagen says.

“I was over there all the time trying to find different [cheese] pairings [for my beers],” he says. Spring Brook Farm Reading, a Swiss raclette-style washed-rind cheese from Vermont, works wonders with Mystic’s Saison Renaud, he adds. “We’re really interested in sharing that. It’s a more intentional taproom this time.”

Greenhagen designed, as it is, Mystic’s current taproom. He likens it to “some old man’s man cave,” and he believes there is room for improvement. Ryan Habbyshaw of Loyal Supply Co., who designs Mystic’s cans, is helping envision the new Malden space, and Greenhagen is currently seeking an architect for the project. Most recently a candlepin bowling alley and originally a Ford Model T showroom, the building has a ton of character that Greenhagen is hoping to preserve.

It doesn’t have high ceilings, which is a must for most breweries. But Greenhagen uses—in addition to equipment purchased from Vermont’s legendary Hill Farmstead—a system of customized, squat, square, 40-barrel stainless steel fermentors, rather than the cylindrical ones you may have seen on another brewery tour.

“We think they make our beers more distinctive,” Greenhagen says. Indeed, the lush IPAs that have recently come out of the brewery best known for Belgian-style beers and saisons are noticeably dry, compared with other New England-style IPAs on the market.

The square fermenter “does a great job of keeping them soft, fragrant, and aromatic,” Greenhagen says. Citing Mystic’s new motto, “Vivid. Mindful. Beer,” he says mindfulness is not just about their approach to making beer, but also creating a mindful drinking experience. “It’s about brewing beer that evolves as you drink it, that’s multidimensional. Our IPAs have this kind of pop that I think is a result of the [fermentation] method.”

The new space is 17,000 square feet, while Chelsea is 12,000 and home to the brewery, taproom, and offices. Mystic plans to move its offices offsite in Malden, so they have even more room to play around with there.

It’s all still in the design phase, but the lease is signed, and once an architect is on board, Greenhagen is hopeful things will move quickly. Mystic can use its Chelsea facility to make beer for the new space to start, so it can hit the ground running as soon as all required permits are secured.

“We really want to create a place where we can get our beer in the hands of more people, and give them a place they can really enjoy it,” Greenhagen says. 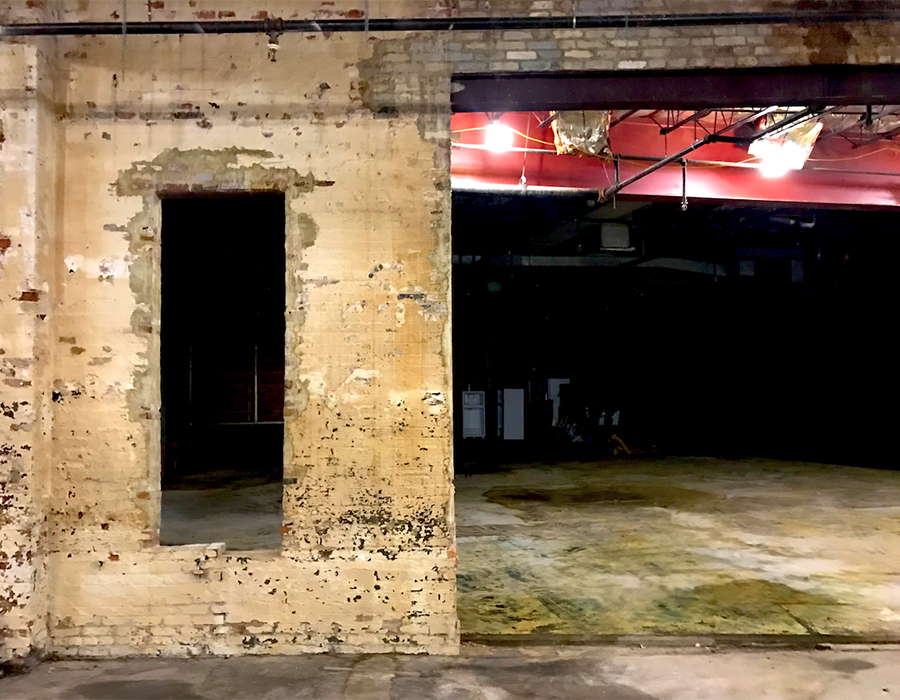 What Greenhagen envisions will be the Mystic Brewery barrel room in Malden. / Photos provided