Everything you always wanted to know about natural wines (but were afraid to ask), and more. 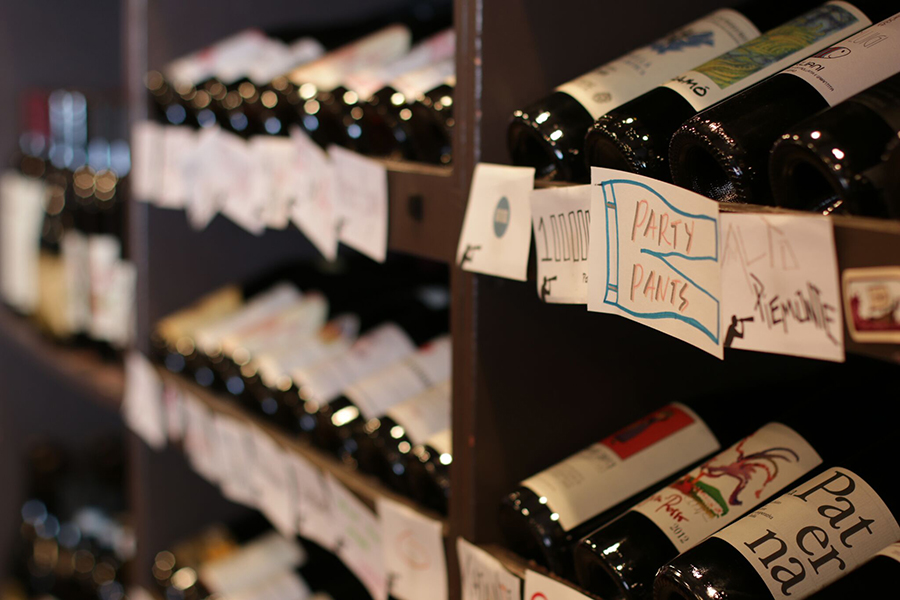 Been hearing about “natural wines” at restaurants like Haley.Henry Wine Bar, Tasting Counter, and Bisq, but don’t really know… what that means? You are not alone. The phrase describes both the farming and winemaking practices of the bottles in question. “I like to use the rule of thumb, if [an ingredient or additive is] developed in a lab and it’s being added to wine, that’s not natural,” says Kimberly Scott, who owns the Wine Bottega in the North End, Boston’s only all-natural wineshop. Another misconception she often hears is that natural wines are esoteric, weird styles that might be unpalatable to the casual drinker. “Natural wine is about diversity—biodiversity, cultural diversity, and also supporting small business people,” Scott says. “Certainly, there are examples of [bizarre natural wines], but some is also super classical. There are wine houses that don’t tout being ‘natural winemakers’ that just never adopted the tools of the industrial revolution.” To turn up the volume on the conversation around natural wine here in Boston, Scott and Eileen Elliot of South Boston’s Social Wines (and formerly of Tasting Counter) are hosting journalist and author Alice Feiring at a couple events this weekend. Feiring is the utmost authority on natural wine, and she has just published her fourth book on the subject, The Dirty Guide to Wine: Following Flavor from Ground to Glass. Each shop hosts a casual meet-and-greet, tasting, and book signing, and restaurants including Bar Mezzana, Forage, Uni, Deadhorse Hill, and more are highlighting natural bottles all weekend long. 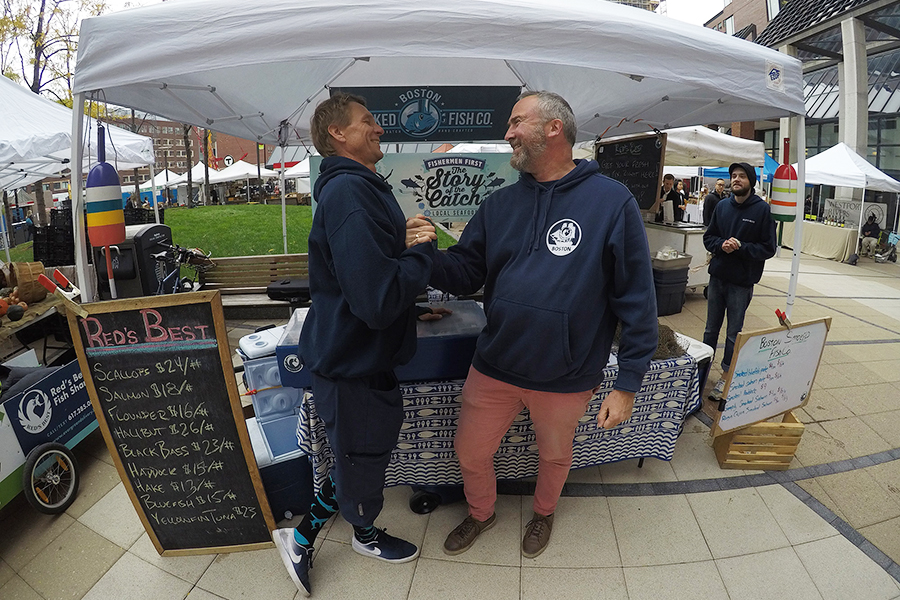 A Taste of Bow Market

Many of the makers headed for small-scale storefronts at Somerville’s forthcoming Bow Market are setting up shop inside La Brasa for this Saturday’s East Somerville Market. That includes a few food vendors, including Buenas with empanadas and Latin American condiments, and Maca French macarons. Guest bartender Colin Kiley, typically behind the stick at Puritan & Co., will be at La Brasa mixing up special cocktails, so it’s your one-stop-shop for brunch, drinks, and gifts. Then, on Saturday night, the Once Ballroom hosts an exclusive tasting session of Hooked, the fish shop headed for Bow Market. The Raw & Smoked menu features dishes like Pleasant Bay oysters on the half shell with champagne mignonette and Buenas pebre; Boston Smoked Fish Co. salmon sliders; apple cider-steamed Red’s Best Chatham mussels; and Herd Nerd Spice-crusted raw tuna with winter slaw. The talented Ali McGuirk is providing the entertainment, and there will be tickets available at the door. 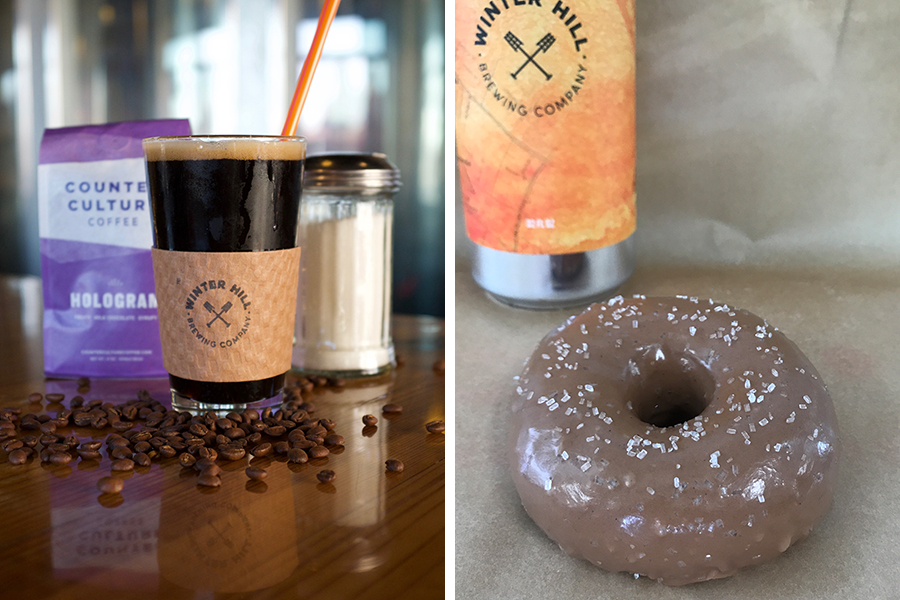 Sun, snow, whipping winds and flood-level tides, Bostonians love their iced coffee. That includes the fine folks at Winter Hill Brewing Co., who are paying homage to the beloved beverage with a fun beer release this weekend, Large Iced Regular milk stout. The roasty brew is infused with Counter Culture Hologram coffee and lactose for added creaminess. “While this beverage would be perfect for the summer, we’re releasing it in the heart of winter for all the die hard Large Iced Regular drinkers out there,” the team says. And because no Large Iced Regular is complete without a fresh doughnut, Union Square Donuts is debuting a collaboration flavor with the new beer. The Somerville bakery has had its fare on the Winter Hill menu for a while now, but this is the first time they’ve used a Winter Hill beer in a glaze, says USD’s Josh Danoff. Coating a plain, yeasted doughnut, “It’s a milk chocolate glaze with hints of espresso, cayenne pepper and chili powder, in addition to the beer,” he says. Try one during the beer release at Winter Hill, and find it at all Union Square Donuts shops both Saturday and Sunday mornings.

Cresting waves aren’t the only thing gushing into Boston this weekend—a burst of bright flavors are flowing into Cultivar, as well. While they were preparing for their James Beard House dinner earlier this week, pastry chef Robert Gonzalez and pastry assistant Dan Crean perfected their own “gushers,” inspired by the high-fructose corn-syrup-laden candy of their youth. These are even more fun, though, as they’re free of preservatives, with steeped hibiscus tea, gelatin, and agar to help the molded leaves set. These springy treats are complimentary mignardises to follow a meal at Cultivar. While the flavors might change, “gushers” will likely stick around for the next several weeks, Gonzalez says. 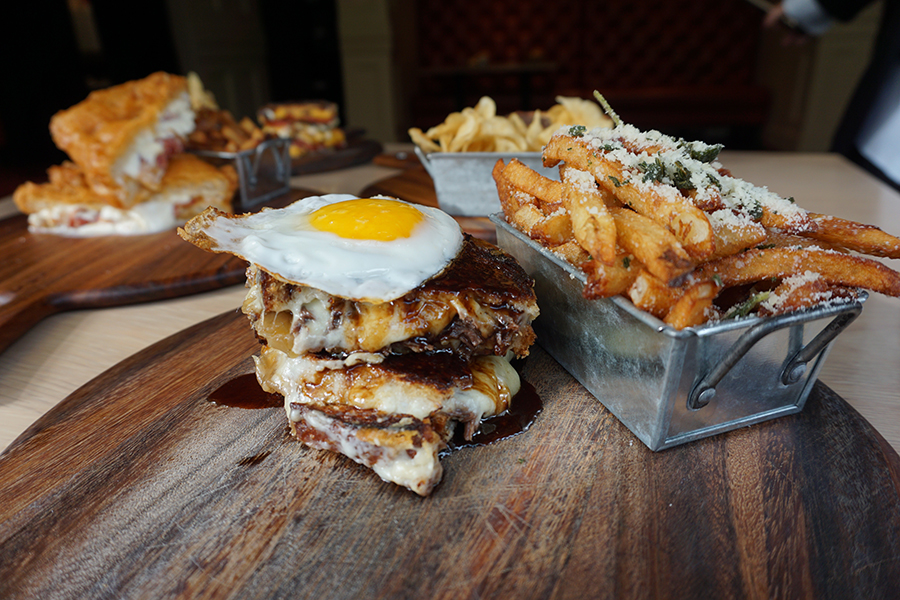 A new Sunday tradition has begun at MET Back Bay: A menu of a half-dozen griddled ’wiches that showcase the versatility of the humble grilled cheese. For $10 each, choose from sandwiches like a batter-dipped, fried burrata croque monsieur with soppressata; raclette and short ribs sandwiched between two fried potato hash browns with bordelaise and a sunny-side egg; and more. It continues every Sunday beginning at 5 p.m.