The Early Details on the Armsby Abbey Owners’ Hudson Restaurant

At Cónico, Alec Lopez and Sherri Sadowski will take a modern approach to traditional Mexican cuisine. 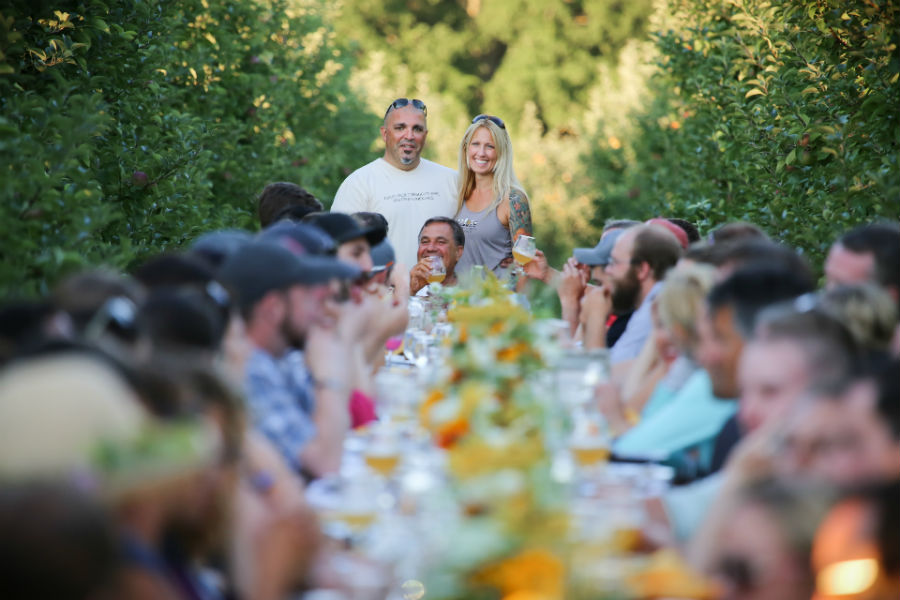 Ten years after changing the beer bar scene in Massachusetts and putting Worcester’s dining scene on the map with their gastropub, Armsby Abbey, Alec Lopez and Sherri Sadowski are getting in on the growing scene in Hudson. The culinary couple is expanding with a new restaurant and bar called Cónico.

Named for a variety of heirloom, Oaxacan corn that will be the base of the menu, Cónico is a modern Mexican concept that Lopez and Sadowski have wanted to do for some time.

“The place is really built on our love of Mexican culture and food,” Lopez says. Nearly 15 years ago, he and Sadowski traveled to Mexico together after they had only been dating for a few weeks; Sadowski had initially booked the trip solo.

“We spent some time in Mérida, in all these little cities, on the path less traveled,” Sadowski says. “We really fell in love with Mexican food, and we thought, ‘Maybe this could be something we do.’ Here we are at that ‘one day.'”

The menu is still in development, but it will center on masa—tacos, tamales, huaraches, traditional moles, simple grilled proteins, etc. Modern interpretations of Mexican cuisine are trending across the country, Lopez notes, and he’s inspired by places like Enrique Olvera’s Cosme in New York City, and Carlos Salgado’s Taco María in Orange County.

“Elevating the simple things is what we love to do, and Mexican food around here [in Central Mass.] is lacking,” Lopez says.

The bar is also central to the Cónico concept. With the pedigree of Armsby Abbey’s eight-year reign as Draft magazine’s best beer bar in Massachusetts, and Lopez’s other Worcester spot, the Dive Bar, of course there will be a “wonderful, serious selection” of beers on tap, Lopez says. His current lists feature coveted brews that show the spectrum of beer, from the likes of Hill Farmstead, Oxbow, Lost Abbey, Trillium, Honest Weight, and more.

“Beer and Mexican food go hand in hand,” Lopez says. There will also be bottles and cans, likely heavy on “culturally relevant” cervezas rather than on the curated choices found at Armsby.

But the main focus is on handcrafted cocktails, fresh juices, tequila, and mezcal.

Cónico is headed for two storefronts in the historic Odd Fellows building at 10-12 Main Street, right in Hudson’s downtown. With high ceilings and lots of exposed brick, the building’s architecture recalls Armsby Abbey a bit, Lopez and Sadowski say.

“The inside’s going to have a lot of custom wood and metal,” Lopez says, done by his brother, Andres Lopez, who fabricated the draft tower, chalkboard, mirrors, drink rails, and more pieces of Armsby Abbey. “It’s such a personal signature, and we’re excited to bring that into the new space.” The buildout requires a gut renovation.

The location is ideal for the couple, and they have been searching in Hudson for about five years. Hudson has the same appeal that Worcester did in 2008, Sadowski says: A walkable downtown, cute storefronts, the right demographic for what they want to do, a location accessible to Boston, and points north and south.

“It just feels good when you’re there,” she says.

And they want Cónico to feel good, too. “We want to create another environment in downtown Hudson that is approachable,” Sadowski says. “Like the same thing we did with Armsby, we want the common denominator [of Cónico] to be good food, good drink, and a good atmosphere where people of all ages and backgrounds can just enjoy.”

The town of Hudson’s selectboard just approved Cónico’s liquor license, and Lopez and Sadowski have taken over the space to begin renovations. Stay tuned for an opening timeline.