The opening chef of the Public Garden's French restaurant is back with updated menus and more. 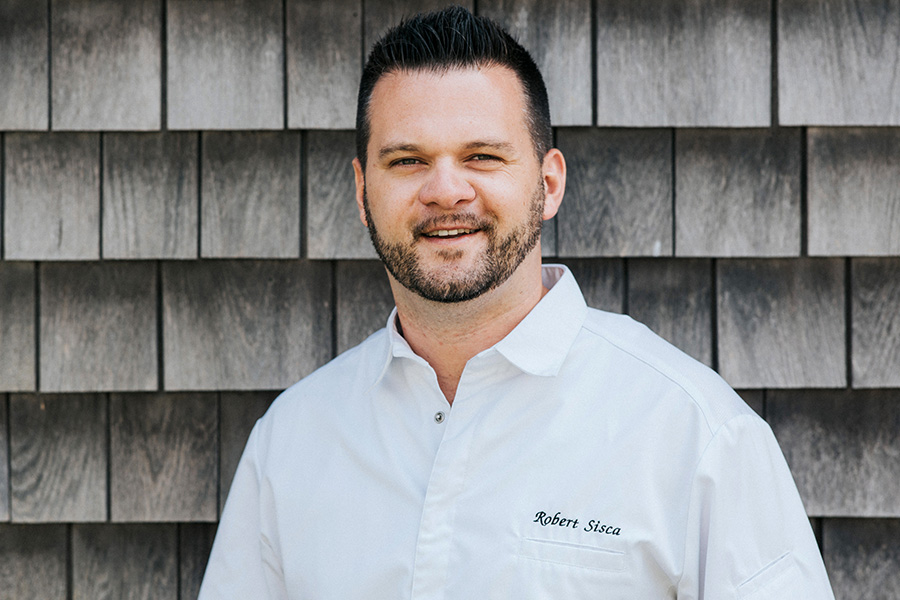 Nearly 10 years into the life of Bistro du Midi, the quintessential Back Bay bistro is making some big changes. Himmel Hospitality Group announced today it has taken over all day-to-day operations, and has welcomed back opening chef Robert Sisca as a partner. Bistro du Midi also introduced a more approachable first-floor dinner menu, among other changes.

Himmel Hospitality Group, which is also behind the incomparable Grill 23 & Bar, Harvest, and Post 390, has partially owned Bistro du Midi since it opened in 2009. Owner Chris Himmel is also opening a steakhouse in a high-profile development in Manhattan. But he says the opportunity to take a bigger role in the future of Bistro du Midi, “which has achieved so much local and national acclaim, is a rare opportunity.”

Several changes are visible now at Bistro du Midi, including new, commissioned artwork and other restaurant décor; lunch reservations; and lunch service in the iconic, second-floor dining room that overlooks the Public Garden (the mid-day meal has been a walk-in, first-floor-only affair).

For lunch and first-floor dinner service, Sisca has a new “bistro dinner” menu, a more casual set of offerings from classic dishes like moules frites; Spanish octopus; and a seared Niçoise salad; to creative flatbreads and more. Check it out below.

A Johnson & Wales graduate who was sous chef at Le Bernadin when it earned its third Michelin Star and four stars from the New York Times, Sisca was at the helm of Bistro du Midi when it first opened. He was the 2011 Best of Boston Chef, and was twice-nominated as a Food & Wine Best New Chef. Sisca left Boston in 2016 to join Rhode Island-based G Hospitality Group to open Garde East on Martha’s Vineyard. There, he continued to develop good relationships with New England seafood purveyors, per today’s release.

Sisca’s mentee, Josue Louis, took over at Bistro du Midi. The younger chef will continue on as chef de cuisine, while Sisca’s new title is executive chef and partner.

“I look forward to evolving the Bistro du Midi menu [from classic Provençal cuisine] to a more French-meets-Coastal New England feel,” Sisca says. “From raw bar to crudos to simply cooked fish, creating seafood dishes is my passion. Having the opportunity to work and travel around the world has always given me inspiration and I enjoy incorporating those experiences into the Bistro du Midi menu.”

One thing that will not change at the revamped Bistro du Midi? Seasonal Boston Public Garden-side patio dining. C’mon, spring! 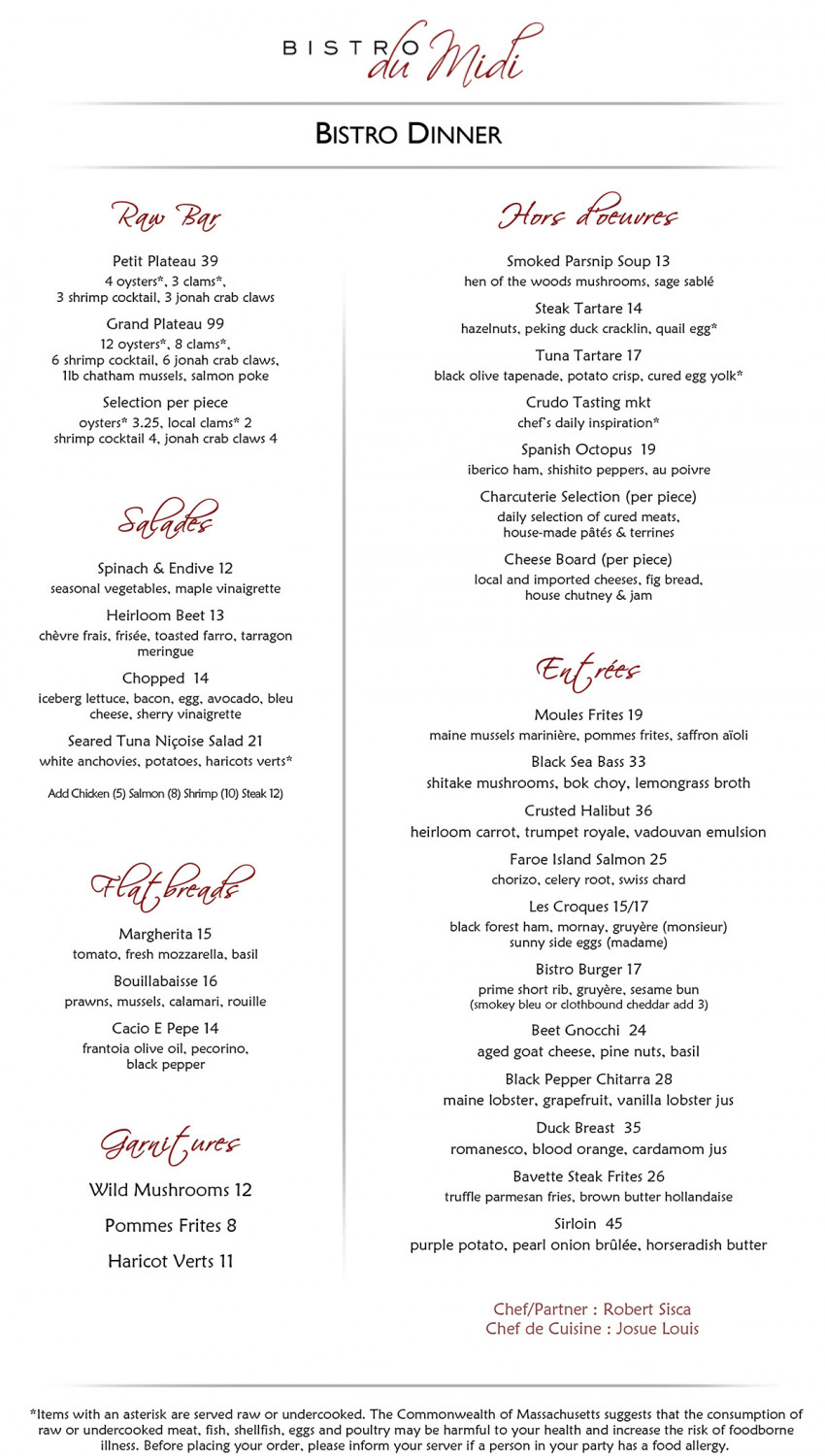