Before Boston Gets Its Own Ax-Throwing Bar, Try It For Yourself 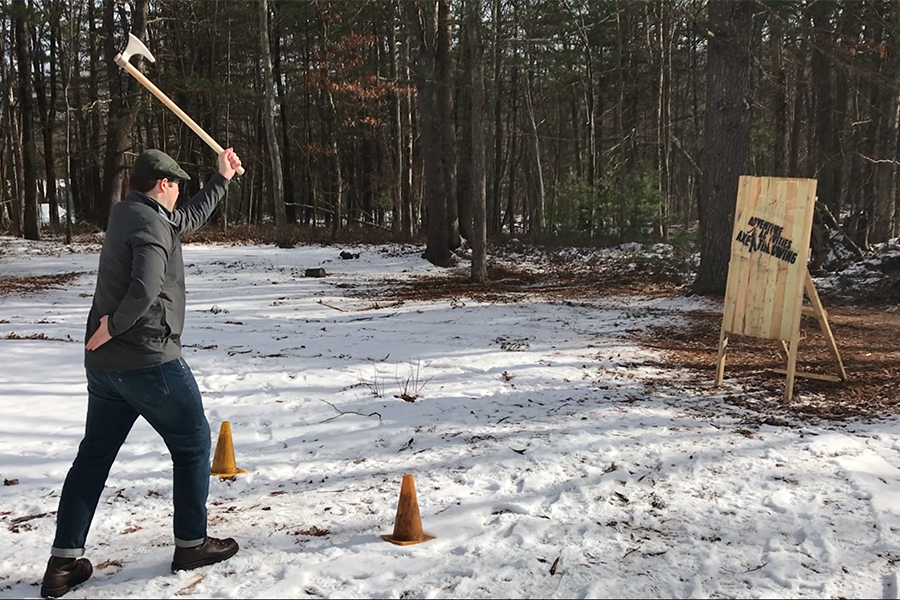 When Stuart Downie—whose job title is Chief Adventure Officer, by the way—heard about the growing trend of ax-throwing at bars, he admits his first thought was, “hmm, combining beer and ax-throwing a does not sound particularly safe.”

But Downie, a cofounder of Stoughton-based Adventure Activities, spends his days making all manner of adventures, from archery to stand-up paddleboarding to mountaineering, safe for novices to try.

“We look at the risks, and match control measures with those risks to make sure we can make it safe,” Downie says. “I would hope any other ax-throwing bar—where their only specific audience is beer and axes—they have similar control measure in place that anyone throwing and anyone watching is safe.”

The same will go for his company’s first-ever ax-throwing pop-up inside a brewery, coming up on Saturday, March 31, at Castle Island in Norwood.

“If you look or seem drunk in any way, we’re not going to let you throw. Safety [is] paramount,” he says, adding with a laugh, “Fun coming in a close second is our hope.”

Leisurely ax-throwing bars are popular in Canada, and are popping up around the country, from Brooklyn to Chicago to Denver, and beyond. 2018 is Boston’s year to get in on this trend, Eater Boston has reported: Philadelphia-based Urban Axes is hoping to get a liquor license for a location at 2 Union Square; and Revolution Axe Throwing is eyeing an April 2018 opening in Everett, in the “Fermentation District” that’s home to Night Shift and Bone Up breweries and Short Path Distilling. Elsewhere in Massachusetts, Agawam Axe House recently opened, and Half Axe debuted last month in Marlborough.

Adventure Activities, which does corporate events, bachelor and bachelorette parties, and events at sites around the region, including ax-throwing at Everwood Day Camp in Sharon, also has a robust mobile adventure center. That includes ax-throwing targets and the requisite tomahawks. The Castle Island event will be the first time it’s happened at a bar, though earlier this year, Adventure Activities did lead arrow tag (which is exactly what it sounds like) at Castle Island.

“They had a good space for that to be run for a staff party,” Downie says. “We have to come and see the space first, to make sure it’s the right size for the activity.”

For the public ax-throwing event, Adventure Activities will bring four targets (basically angled easels) to set up in the production space at Castle Island, just beyond the fence separating the taproom from the brewery. Chipboard will be set up behind and beneath the targets, to prevent any damage to Castle Island’s walls, floors, and the axes themselves. Downie will mark throwing lines and safety lines on the floor.

His company’s setup differs a bit from the ax-throwing bars, Downie says. He uses tomahawks meant for throwing, rather than hatchets, and Adventure Activities offers coached sessions, rather than “letting people buy a bucket of axes” and go at it, he says.

At Castle Island, groups of 20 ax-throwers will take turns aiming at each of the four targets. From a safe distance in the taproom, other guests can watch the action. There will be four, hour-long sessions, and there are still reservations available.

Sounds like a great opportunity to learn the ropes before the Boston area gets its own ax-throwing bars. 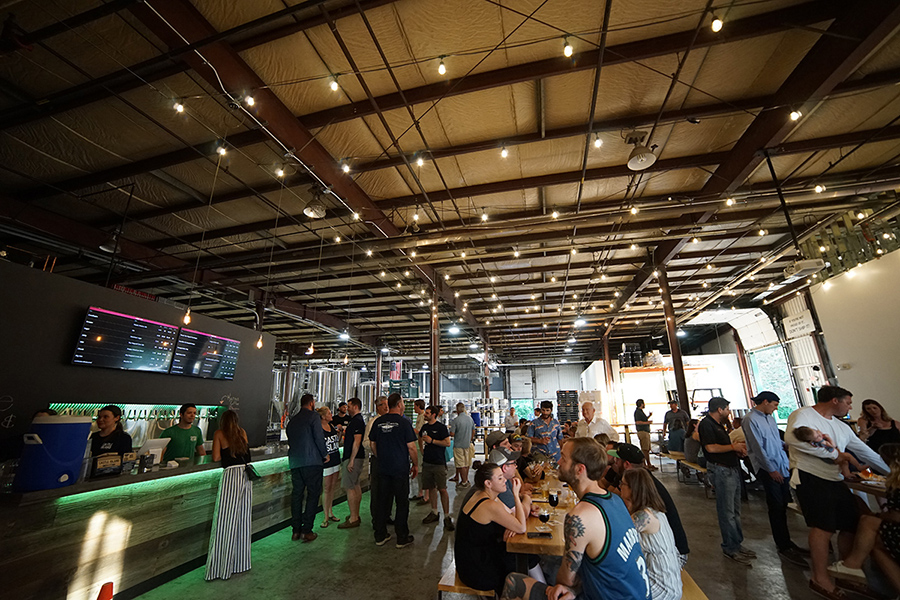