The first New England location of the famous New York City cupcake shop will have some exclusive menu items. 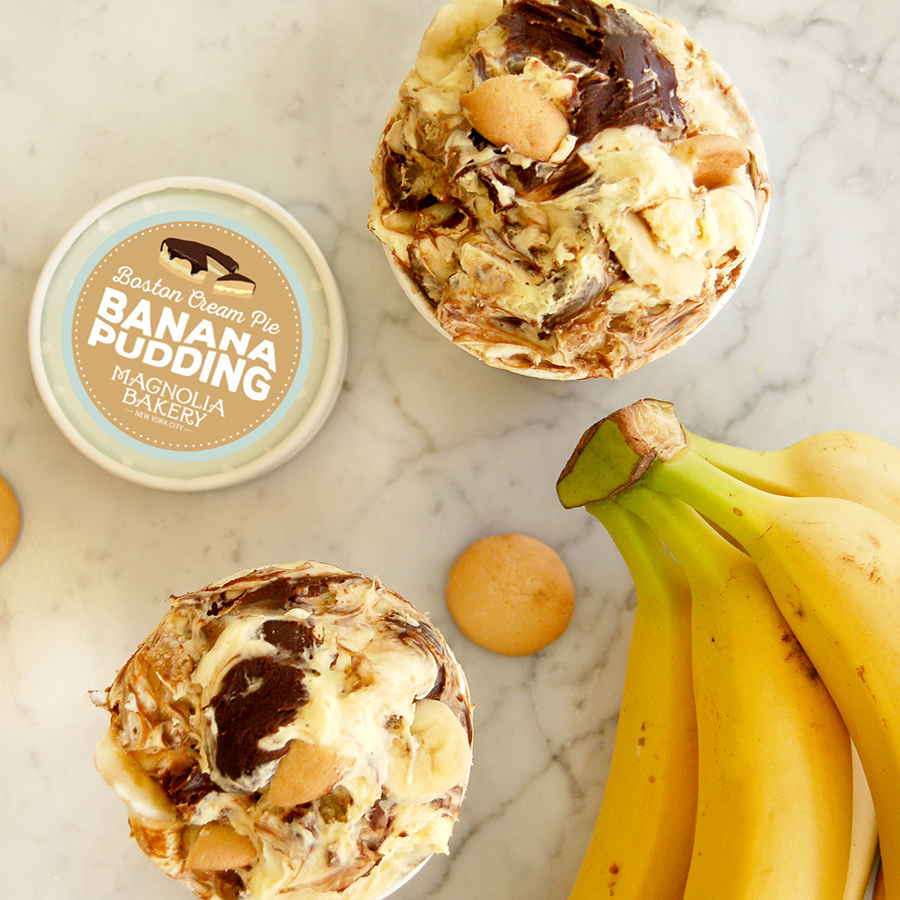 UPDATE, Monday, March 26, 10 a.m.: Magnolia Bakery officially opens this Thursday, March 29, at 10 a.m. To celebrate its first week at Faneuil Hall, each day from March 29-April 5, Magnolia will give away a free order of the locally exclusive Boston cream pie banana pudding with the first 50 purchases of the day. The bakery will be open from 10 a.m.-9 p.m. Monday-Saturday, and from 11 a.m.-7 p.m. on Sundays.

Magnolia Bakery’s Manhattan roots are strong, thanks in no small part to cameos in some iconic pop culture including Sex and the City and Saturday Night Live. But the brand, which is about to open its first New England location at Faneuil Hall, has some Boston connections, too.

Chief baking officer Bobbie Lloyd, who co-owned a bygone Brookline restaurant called American Accent, tapped into her local knowledge for some exclusive new menu items at Faneuil Hall. Among them is a Boston cream pie version of the Magnolia’s famous banana pudding, with layers of vanilla pudding, vanilla wafers, bananas, and chocolate fudge.

In the 1970s, Lloyd studied under renowned French chef Madeline Kamman at the Modern Gourmet cooking school in Boston. She stayed around after graduating and opened American Accent, which also had an attached retail bakery.

Lloyd, who has been a judge on the TLC show Next Great Baker and the Food Network’s Cupcake Wars, was formerly the personal chef of Calvin Klein (yes, that Calvin Klein). She has also worked Danny Meyer’s beloved Union Square Café, among other New York City restaurants, in management and operations roles. With Magnolia Bakery owner Steve Abrams, who bought the original West Village location in 2007, Lloyd developed the current menu with a focus on seasonal, classic flavors.

Magnolia’s famous cupcakes and traditional banana pudding, plus cakes, cookies, cheesecakes, pies, breakfast baked goods, and icebox desserts will also come to Boston. Formerly a Starbucks located near the entrance of the Faneuil Hall Marketplace, the bakeshop is about 1,100-square feet, with a coffee counter and a few stools for dining in. Magnolia will offer limited local delivery, and its so-called Cake Salon, for customizable orders including tiered wedding cakes and dessert tables.

The Boston bakery has been in the works since fall 2016, as part of a northeastern expansion. Abrams branched out with the Magnolia brand beginning in 2008; it now has bakeries in Chicago, Los Angeles, Seoul, Mexico City, Dubai, and more locations around the world.

“We are excited to finally be opening our first store in Boston,” Abrams said in a statement. “With the iconic nature of the Magnolia Bakery brand, we are excited to have found a partner in the historic Faneuil Hall. We feel it’s a wonderful brand partnership to serve both Bostonians and visitors to the city.”

Magnolia is planning to open by the end of this month. When it does, Bostonians will be able to get Boston cream pie banana pudding, and all the bomb frosting daily from 10 a.m.-9 p.m. (11 a.m.-7 p.m. on Sundays). 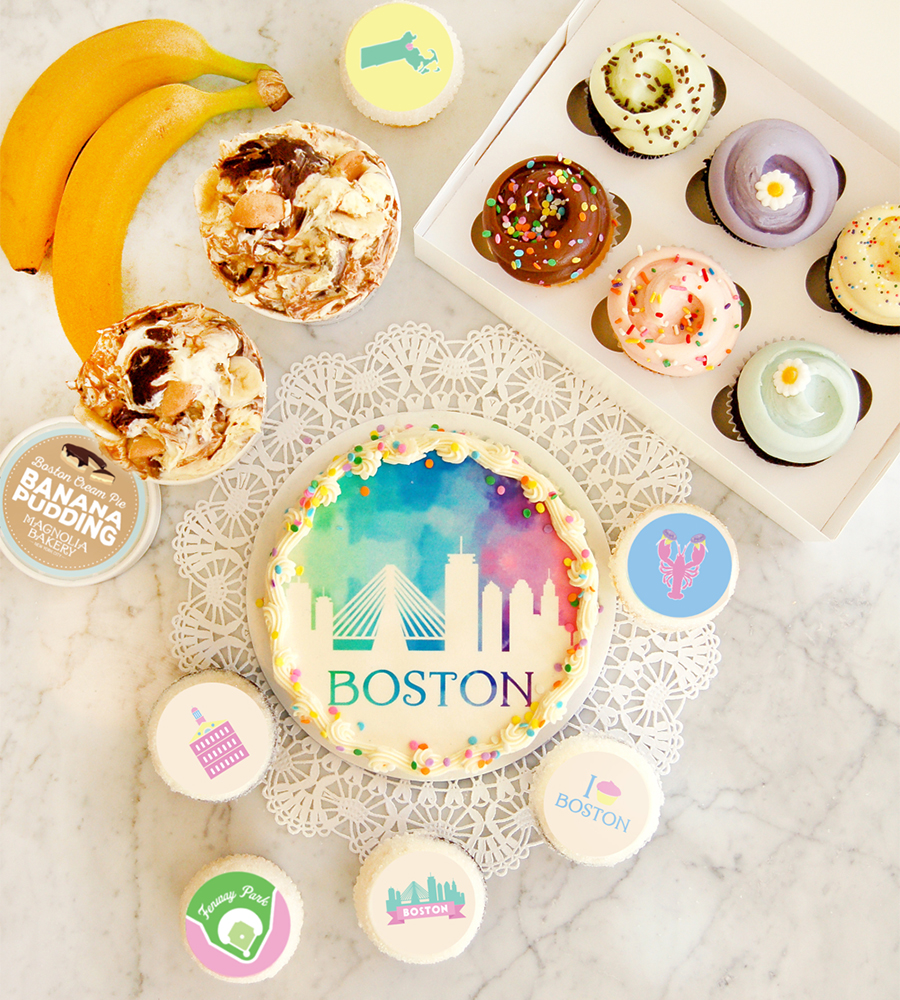