Mighty Squirrel Will Open a Brewery and Taproom in Waltham

The location near Beaver Brook Reservation is ideal for the actively minded company.

The Waltham location for Mighty Squirrel’s brick-and-mortar is the right balance of industrial and retail-centered, the cofounders say. / Rendering by Maugel Architects provided

After foliage walks around Beaver Brook Reservation this fall, Mighty Squirrel Beer is hoping to have a brand new taproom nearby where you can relax. The Massachusetts-based contract brewery is putting down roots at 411 Waverley Oaks Rd., at the Waltham foothills of the 300-acre park.

Cofounders Henry Manice and Naveen Pawar launched the company back in 2015 with a distinct specialty: Protein-packed beers that appealed to active consumers. As they have grown their distribution network around Massachusetts and Rhode Island, Mighty Squirrel has moved away from protein beers in favor of more traditional styles, including a mocha stout; a Belgian-style white ale; and a hazy, juicy, New England-style IPA called Cloud Candy.

The two friends, who started homebrewing together while working day jobs in the medical industry, are still inspired by the active lifestyle that led them to launch their beers into the market: They loved kicking back, after a run or a tennis match, with a refreshing craft beer. But they realized consumers were skeptical of protein-enriched beers on the shelves, even though many enjoyed them during tastings.

“The reality is the brand we’re creating, Mighty Squirrel, and what we like to do—have great beer after being active—that can apply with traditional beers today, as well,” Manice says.

That’s one of the main reasons why this Waltham location is so appealing. (Since January 2017, they have looked at dozens of locations, from Fort Point to Norwood, and even made moves on a place in Charlestown.)

“The whole idea [of the brand] is to be outdoors and active, creating and celebrating ‘mighty moments,'” Pawar explains. Beaver Brook “is a great place to go for a long walk.”

The location provides the right balance between being an industrial brewing operation, and a busy retail spot, as well, he adds. The team appreciates Waltham’s manufacturing history and its diverse community, and also likes that the Waverley area is close to Belmont, Cambridge, and Watertown.

Mighty Squirrel is taking over about 23,000 square feet in a two-story building, with the brewhouse, a horseshoe-shaped taproom, and a retail area on main floor, and room to grow with additional tanks and storage space below. The current plan calls for a 30-barrel brewing system, plus a smaller, five-barrel setup for pilot batches. Manice and Pawar, who are Mighty Squirrel’s brewing team, currently use the facility at Ipswich Ale Brewery to make about 1,000 barrels of beer annually. Their own brewhouse will set them up for about 7,000 barrels to start, with theoretical capacity to grow to more than 30,000 barrels a year, Manice says.

The brewers are working with Phase Zero Design and the Haynes Group Construction on the space. It will have a main bar with about 12 draft lines, plus a secondary, smaller bar so Mighty Squirrel has the option to cordon off space for corporate and nonprofit groups to host events. The brewing tanks, canning line, and other equipment will be visible right in the middle of the taproom. There will be two outdoor patios, as well.

After getting unanimous Waltham Zoning Board approval last night, the team will apply for a building permit. They hope to start buildout within two months, and are eyeing an October 2018 opening. 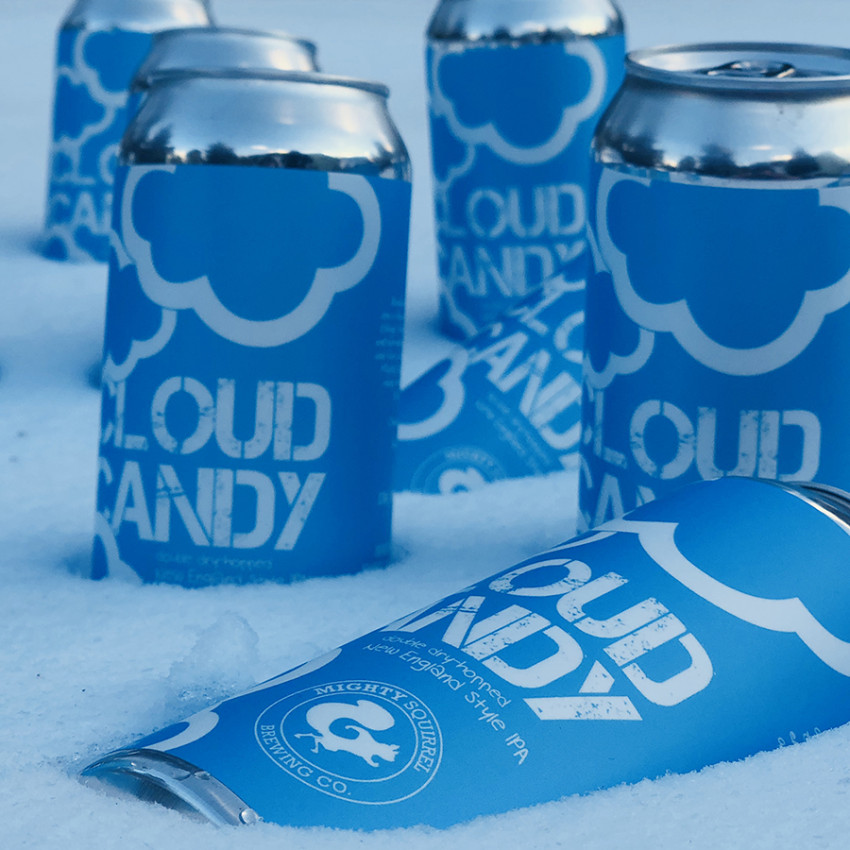