Down the Road Beer Co. says the ABCC thwarted its plans to use the marijuana-derivative in an IPA. 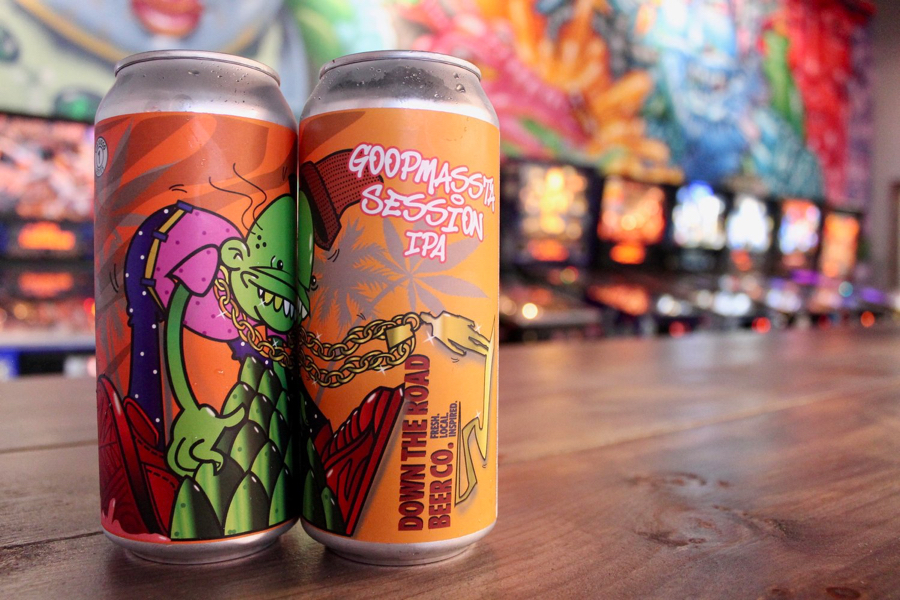 Photo via Down the Road Beer Co.

Everett-based Down the Road Beer Co. says its plans to make a CBD-infused beer have been thwarted by the state’s alcohol authority, who say adding the marijuana-related substance to their products would be illegal.

The brewery says it had hoped to launch its Goopmasta Session IPA, a beer blended with a few milligrams of cannabidiol (which is made from marijuana but doesn’t contain psychoactive ingredient THC) at a can release Friday night. Goopmasta would have been Massachusetts’ first beer made with the substance, which users say provides some of the calming effects of weed without the heady high that usually comes with the drug.

“This is a beer we’ve been hoping to brew for a while,” says Alex Weaver, the brewery’s marketing director. “We’re very much a brewery that prides ourselves on innovation.”

But ultimately, the CBD-laced brew was doomed.

In an official advisory for breweries released on Friday, the ABCC made it clear that, even though the drug will soon be available to buy for recreational purposes, it’s still illegal to put weed, in nearly all of its forms, in beer. The drug is still outlawed at the federal level, and Massachusetts law prohibits selling alcohol that’s been “adulterated” with any substance deemed harmful by federal regulators. So any brewery caught “manufacturing, transporting, selling, and/or possessing” weed-laced alcoholic beverages could have their license to brew revoked, the advisory says.

In a statement, the ABCC says it has heard from at least two Massachusetts breweries interested in brewing with CBD. “We’ve been aware of this and working on it behind the scenes for several months because other states are also tackling it,” the commission says through a spokeswoman, who adds, “Alcohol requires compliance with federal, state, and local laws and here cannabinoid infused alcohol violates both state and federal law. This is a consistent view with other states, in particular Oregon.”

Down the Road will still have a CBD-free batch of Goopmasta ready to serve at its taproom starting Friday, though. The substance is added after, not during, the brewing process, and brewers had waited for the green light from the state before adding the final ingredient.

Adding CBD to beer is more than just a gimmick, Weaver says. Hops and marijuana are a natural pair, he says, because they are closely related crops and share many of the same flavor compounds. Adding the substance would also have contributed to the beer-drinking experience, he says, by giving drinkers a “body chill” along with their buzz.

He says Down the Road’s brewers researched the best ways to pair hops and CBD, contacted the Long Trail Brewery in Vermont, which recently rolled out an IPA/pale ale brewed with CBD and honey called Medicator, and were looking forward to breaking new ground in Massachusetts.

CBD-laced beers, which appear to exist in a bit of a legal gray zone, have been popping up around the country in states that have legalized marijuana. Lagunitas, the ubiquitous California beer (now owned by Heineken) experimented with one last year, producing a a limited-run CBD ale called Supercritical. Coalition Brewing in Colorado has made two, including a CBD “lemon basil sour” called Herbs of a Feather. A Colorado brewery called Dads & Dudes Breweria at one point brewed CBD beer with federal regulators’ blessing, until the DEA’s decision to consider CBD a “Schedule 1” drug upended their operation. Now, they’re suing.