David Chang's restaurant empire is bringing its casual chicken concept to the Seaport. 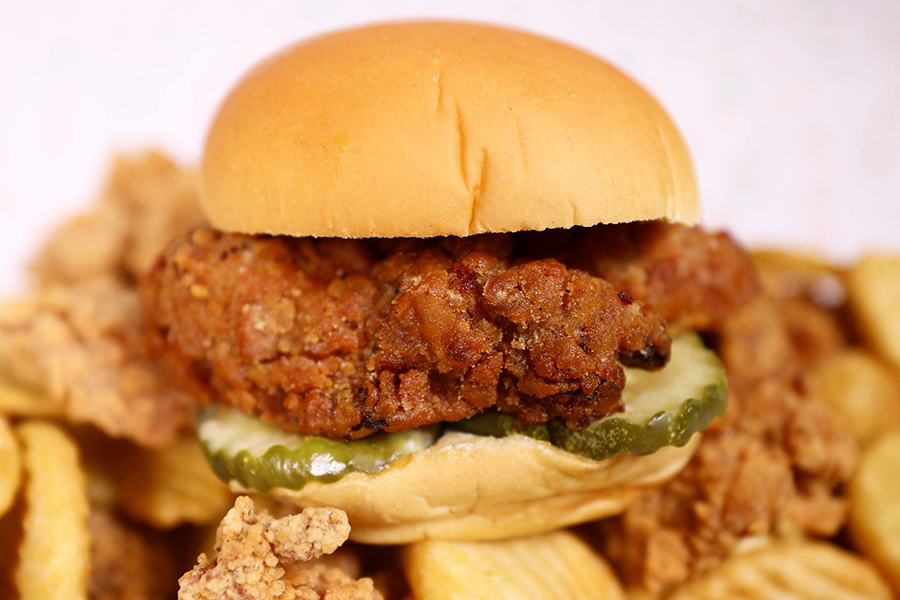 One of the most influential American chefs of the last decade-plus is headed for Boston. David Chang, whose restaurant empire started nearly 15 years ago with Momofuku Noodle Bar in New York City’s East Village, is opening a location of Fuku in the Boston Seaport.

Eater Boston reported the news, sourced to a sneaky “coming soon” on WS Development’s website. The developer is behind the largest mixed-use project to hit Boston in more than 30 years, which includes new dining options like Better Bagels, Tuscan Kitchen, Scorpion Bar, 75 on Courthouse Square, and, like Fuku, other fine-fast imports including Shake Shack, By Chloe, Luke’s Lobster, and more.

“Fuku is clearly gearing up for battle with Chik-Fil-A,” Eater New York Eater New York has said. “Part of the lure is surely the desire to become the next billion dollar empire, the next Shake Shack. And that’s not a bad thing. Why not displace commodity chains in suburban America with more creative and noble-minded institutions?”

The menu varies at different Fuku outposts, but it always centers on the signature spicy chicken sandwich. The original location adds “fuku fingers,” a green salad, spicy tomato soup, chicken bites, fries, and fried delicata squash rings; Boston’s Fuku “will feature a variety of chicken and seasonal offerings along with slushies and more on the menu,” per a rep for WS Development.

The Momofuku Group has a half-dozen different concepts in New York City, and has expanded with restaurants in Washington, D.C., Toronto, Las Vegas, and Sydney, Australia. It also spawned, and co-owns pastry chef Christina Tosi’s Milk Bar bakeshop, which is opening a joint location with &pizza in Harvard Square.

The New York empire was the No. 1 entry on Bon Appetit’s Most Important Restaurants in America in 2013; Chang has been named a “God of Food” by Time magazine; and he has numerous James Beard awards, including 2013 Outstanding Chef, and a Who’s Who of Food and Beverage in America. Among other media, Chang is the co-creator and star of the current Netflix zeitgeist, Ugly Delicious.

Chang “wants to turn his boundary-pushing restaurants into a global culinary brand,” Fast Company wrote in 2016. “Over the past decade, he has helped transform food culture—and especially a certain kind of gritty, back-of-the-house chef sensibility—into a genuine social phenomenon.”

Several influential Massachusetts chefs have worked with the Momofuku Group, including Tim Maslow, who’s currently developing his own Japanese bistro in the South End; and Jared Forman, who owns Worcester’s Deadhorse Hill and its new Korean-style joint called Simjang.

“Fuku’s upcoming arrival in the Seaport is hugely exciting news for the city, and will mark a completely original, first-to-market brand for Bostonians. The dining options in the Seaport have never been stronger, and they only continue to grow,” WS Development leasing VP Todd Norley said in an emailed statement.

Fuku could open in Boston in summer 2018. Craving fried chicken now? You’re in luck. Besides favorites like Highland Kitchen, Saus, State Park, Trina’s Stalite Lounge, and others, the world’s most craveable food is flocking into new restaurants around the city this spring.