Variations on a Theme: Spring Chicken

Who makes the crispiest fried chicken in town? These five new contenders enter the fryer. 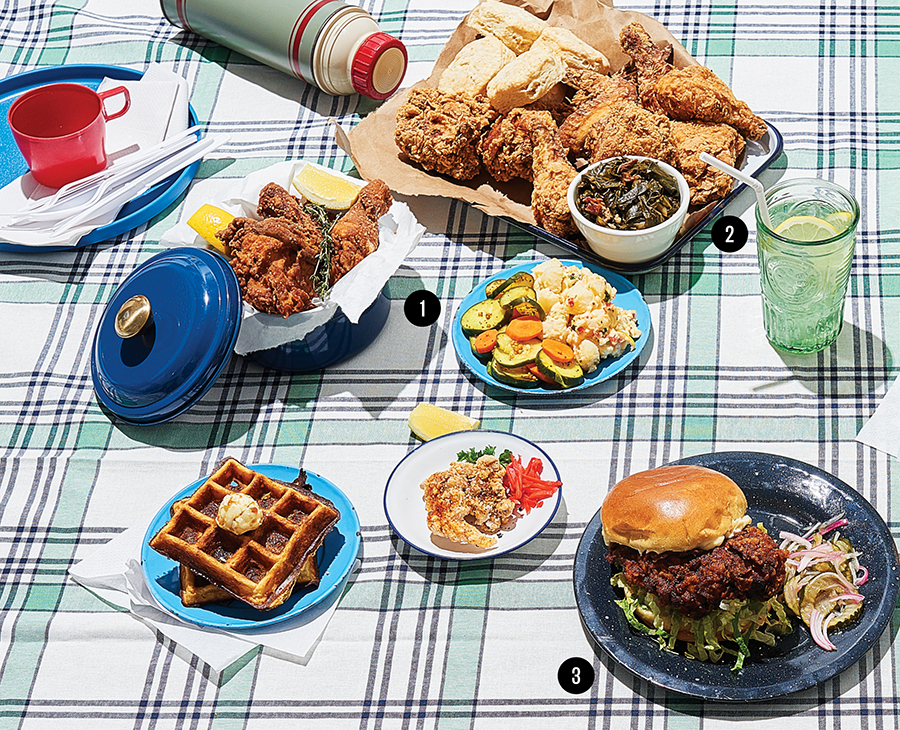 After working under Ken Oringer and Jamie Bissonnette for many years, chef Jason Cheek struck out on his own last month by opening this South End restaurant inspired by his North Carolina roots. You’ll find lots of smoked meats and traditional sides on the menu, but Cheek’s meticulously prepared fried chicken (1)—brined in Lipton tea, pressure-cooked, and garnished with lemon and thyme—has instantly become his signature dish. “It’s something I have a pretty deep passion for,” he says.

For almost a decade now, Highland Kitchen’s once-a-week fried chicken special has lured legions of fans out of the house on Monday nights. Now the crispy buttermilk-brined bird is served seven days a week at owner Mark Romano’s spin-off concept in Inman Square, Highland Fried. It’s available à la carte in single pieces or as a 10-piece whole bird (2) with sides such as gumbo, coleslaw, and mashed potatoes—and you can even get it packed up in a picnic-ready to-go box.

From deviled eggs to local oysters on the half shell, this forthcoming Southie spot from the Publico team is unabashedly all-American. The team knew they had to include a knockout fried chicken dish (3) alongside rotisserie-cooked half birds. For inspiration, they looked south to Nashville, where the poultry is brushed with a fiery cayenne–brown sugar glaze as a final step before it’s served. To help balance the heat, the fried breast meat is topped with bread-and-butter pickles and sandwiched in a potato bun. 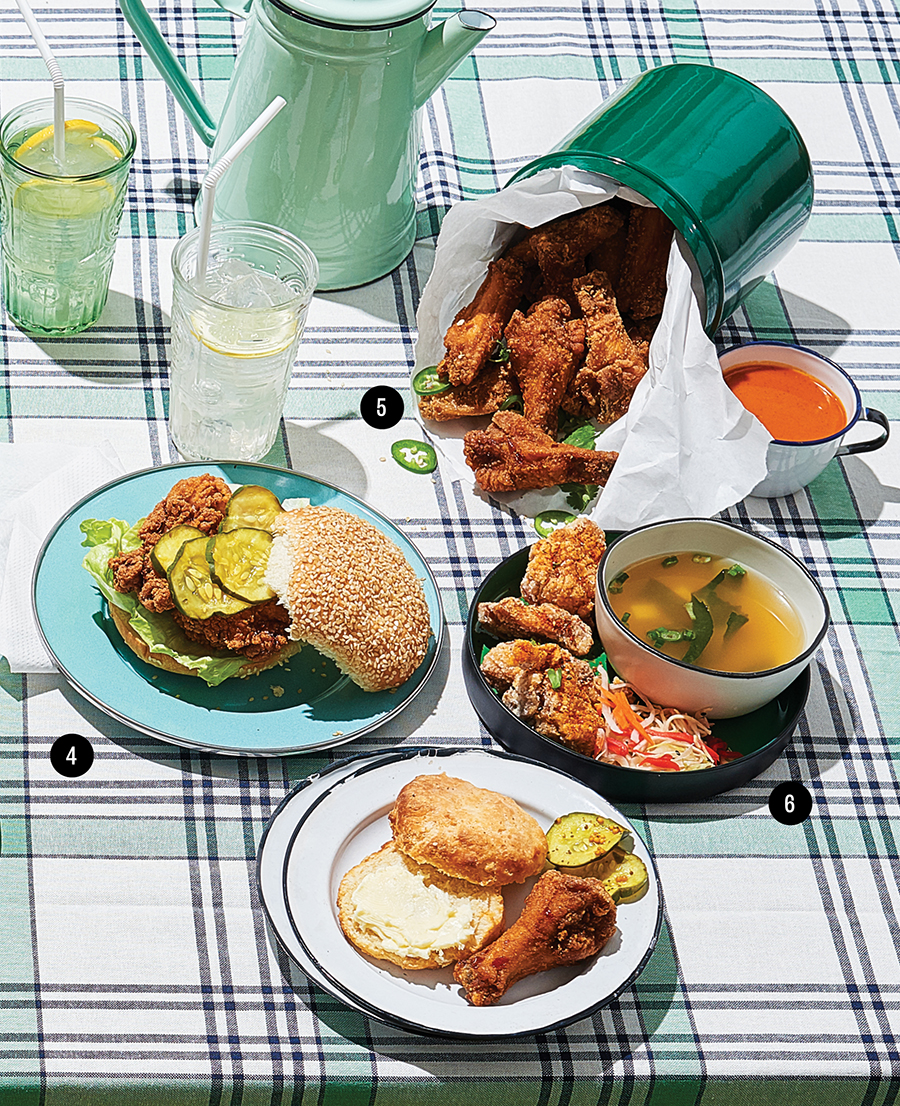 When developing the menu for his delivery-only “ghost restaurant,” chef Will Gilson polled his social media followers and looked at data to figure out which foods Bostonians wanted dropped off at their doorsteps. His conclusion? Give the people fried chicken, and lots of it. So his globally influenced debut offerings include two options: a crispy chicken sandwich (4) on a potato bun with a piri piri–pineapple sweet-and-sour sauce, and double-fried chicken wings (5) emboldened by a honey-scallion-jalapeño drizzle.

It’s a teahouse first and foremost, but Brookline’s new Gen Sou En doesn’t skimp on its lunch and dinner offerings, including the izakaya staple karaage (6), or Japanese-style fried chicken. Served in a bento box with miso soup and rice, the boneless bite-size pieces are soaked in a soy sauce–based marinade and dredged in a potato starch mixture before they’re tossed into the fryer. Pair them with one of the café’s custom green tea blends or, better yet, a cold glass of Orion lager.