Plus, Naukabout Brewery and Taproom opens today in Mashpee.

Spring is in the air, and that means summer travel is not far off. As you start to think about crossing the bridge into Cape Cod, here are a couple new things to look forward to: The Buffalo Jump’s all-day menu in East Falmouth, and fresh Naukabout Beer on Mashpee Pond. 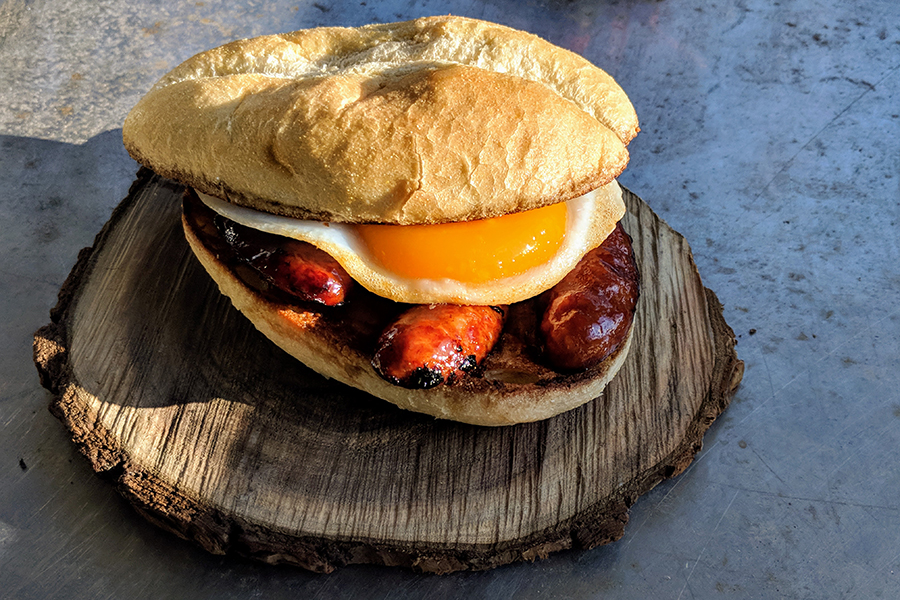 A breakfast sandwich at the Buffalo Jump. / Photo provided

The Buffalo Jump reopens in Falmouth next month. This year, Brandon and Laura Higgins-Baltzley’s indigenous tasting-menu experience is joined by daily, family-friendly service. Beginning Friday, April 27, the rustic dining room at Coonamessett Farm will be open from 8 a.m.-3 p.m. for breakfast and lunch, and a few nights a week for immersive farm-to-table dinners.

The co-chefs, who relocated to Higgins-Baltzley’s native Falmouth after stints in acclaimed kitchens in Chicago, Boston, and elsewhere, launched the Buffalo Jump in 2016, and moved it to the 20-acre Falmouth farm last spring. The Buffalo Jump’s BYOB dining experience will return Sunday-Tuesday nights, with five-plus courses “dense with seafood, wild herbs, and hearty vegetables, with a few nods to summer vacation nostalgia woven throughout the meal,” per a press release. The locally inspired and sourced menu will be a surprise each night, and read as just “Preserves,” “Seafood,” “Vegetables,” “Meat,” and “Sweets.”

“But each chapter of the meal will involve multiple courses, as to tell a story over two hours,” Brandon Baltzley says.

During breakfast and lunch, the Baltzleys are collaborating with Laura’s mother, Anne Konner-Higgins, of Peck O’ Dirt Bakery; and Coonamessett Farm owners Ron and Roxanna Smolowitz. The full-service menu, inspired by the chefs’ travels as well as Cape Cod, has healthy options, like a green hummus wrap made from spring peas and favas, with mint and pickled carrots from the property’s greenhouses; egg sandwiches with farm-made linguiça and pickled green tomatoes; a stuffed quahog Benedict; goat yogurt; Carolina Gold rice bowls, and more. Check it out in full below.

Inside the farm store, find grab-and-go pastries and other quick bites, hot soups, quality coffee and teas, produce, and more. Coonamessett Farm will continue to host its popular Jamaican dinner every Wednesday this summer, led by the farm’s seasonal workers. The farm is also regularly open to visitors—meet some of the animals in this Buffalo Jump-produced video.

Dinner is $75 per person, and reservations are now open. 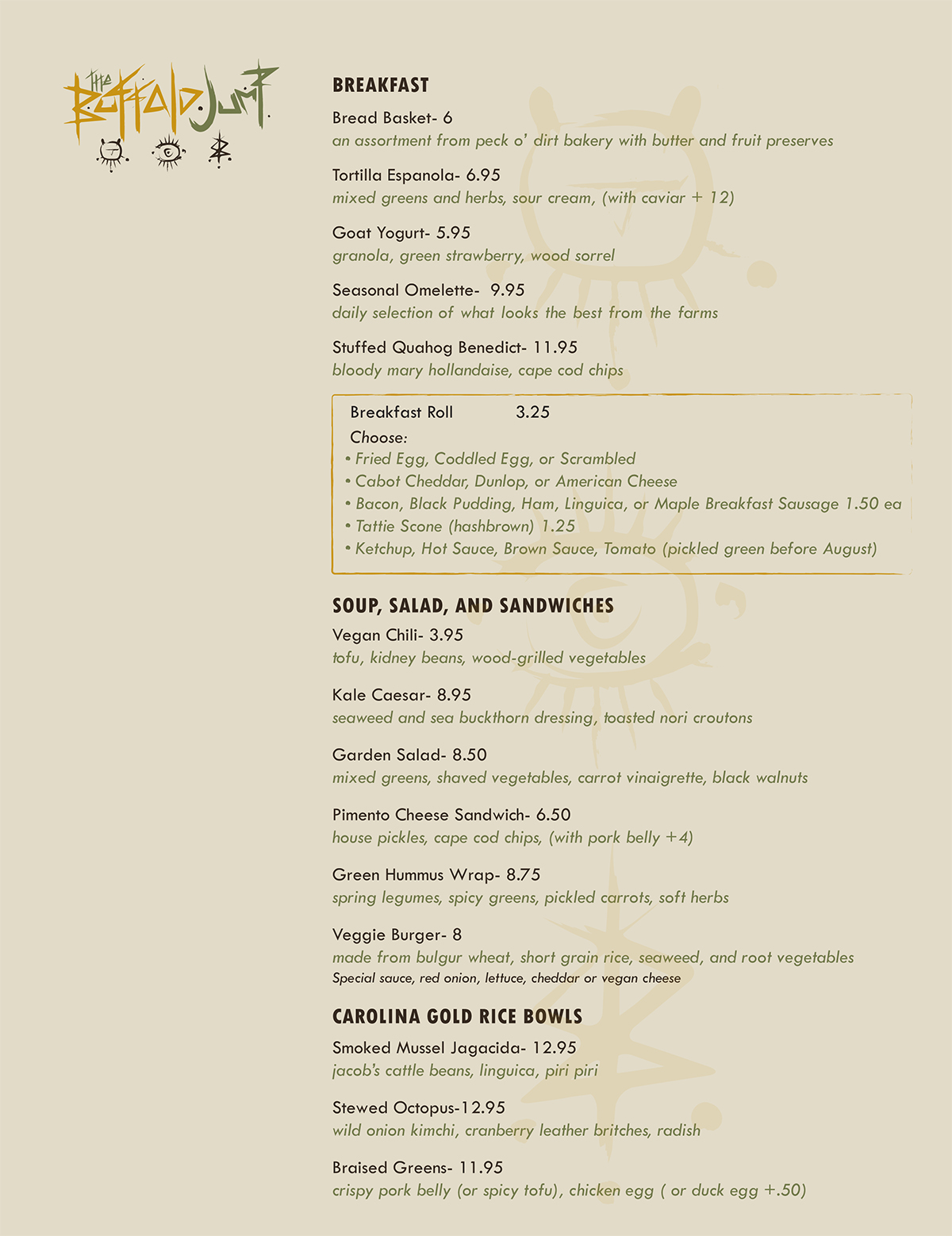 And no summer vacation is complete without beer. Naukabout Beer finally opens its own brewery and taproom this weekend, several years in the making. In operation since 2012, the contract brewery took over an iconic space (formerly the Flume restaurant) on the Mashpee River back in 2015. Initially eyeing a summer 2017 debut, it’s here now—with a lovely-looking heated patio, to boot. 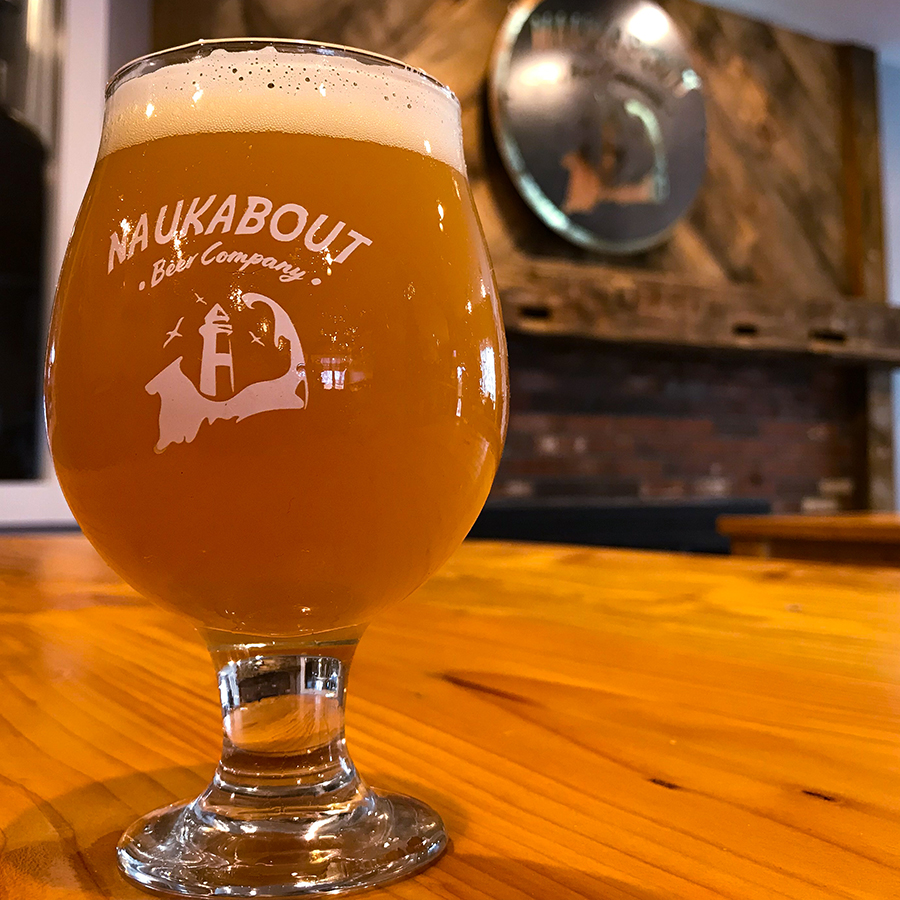 “We couldn’t be any more excited to finally be brewing at our own location,” Naukabout CEO Peter Murner said in a press release. “Contract brewing was a great way to get started, but now with our own facility we can focus on crafting limited-release, small-batch recipes that reflect the uniqueness of our peninsula and the people here.”

The seven-barrel brewhouse and taproom debuts today from 3-9 p.m., with eight, brand-new beers on draft from head brewer Leif Rotsaert. The lineup includes hop-forward ales like Scrapbook Mosaic pale, and the aptly titled Y’All Open New England IPA, along with Coastal Gold, Stormborn Stout, and more; there are cans to go, as well.