José Andrés Is Getting an Honorary Public Service Degree from Tufts

He's the Friedman School of Nutrition's commencement speaker, too. 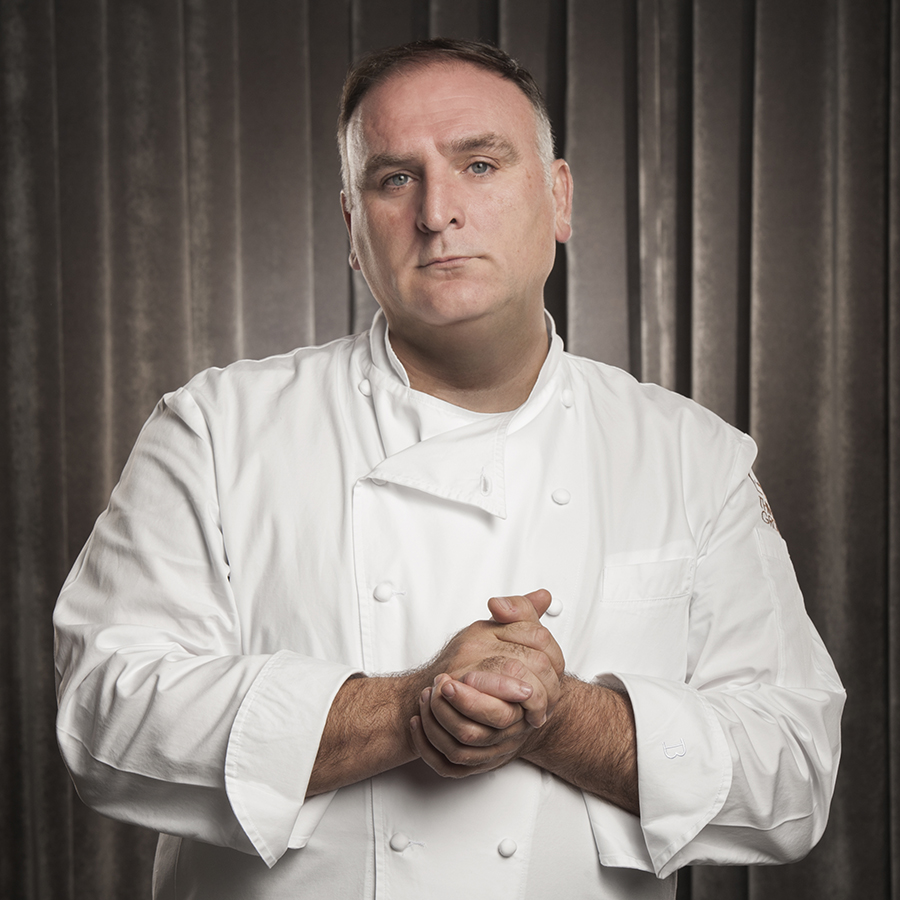 José Andrés is the 2018 Tufts Friedman School of Nutrition commencement speaker, and will receive an honorary degree. / Photo by Ryan Forbes

From wild fires to hurricanes to anti-immigrant sentiments roiling the country, 2017 was a difficult year for many. But decorated chef José Andrés stepped up to help in myriad ways: With his non-profit World Central Kitchen, Andrés fed millions of people in Houston, Puerto Rico, and Southern California. The Spain native has also been a strong voice for his fellow immigrants—the least of which being when he accepted the Trump Organization’s settlement to end the legal battle that ensued after Andrés pulled out of a Trump hotel restaurant deal when then-candidate Donald called Mexican immigrants “rapists.”

Needless to say, it was a big year for the chef, whose restaurant group includes more than 20 properties in the U.S. and Mexico. Andrés already has two Michelin-starred properties and four Bib Gourmands; a couple of James Beard awards; a 100 Most Influential People honor from TIME; a Lifetime Achievement Award from International Association of Culinary Professionals; and a National Humanities Medal from the National Endowment for the Humanities. He humbly accepted the Beard Foundation’s 2018 Humanitarian of the Year award.

But this spring, he’ll become an honorary doctor of public service thanks to Tufts University. The Friedman School of Nutrition Science and Policy has called on Andrés to be its 2018 commencement speaker.

Very proud! Thank you for the invitation…. https://t.co/3eDgUmzYv2

Andrés is a world-renowned culinary innovator, credited with bringing the concept of tapas to American restaurants.

He loves Tony Maws. He has visited Island Creek Oyster Bar, and he ate chef Gabriel Bremer’s food at his La Bodega predecessor, Salts. Andrés has worked with then-Harvard Science + Cooking fellow Tracy Chang (now chef-owner of Pagu) to give a lectures in Cambridge, and he led a formative Top Chef challenge for then-competitors Carl Dooley and Karen Akunowicz. He has certainly made an impact on dozens more Boston-area chefs.

We’re looking forward to glimpses of what Andrés gets up to—and where he dines—when he comes to the Boston area for the Friedman School’s commencement on May 20.