Here's a taste of the new, 2018 concessions at America's oldest Major League ballpark. 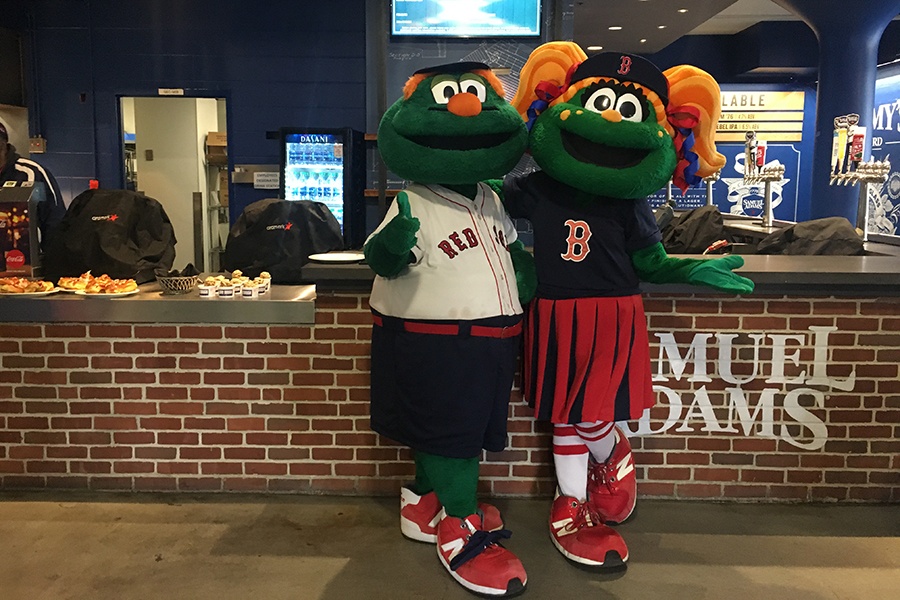 Red Sox mascots Wally and Tessie welcome the author to the Sammy’s on 3rd bar. / Photo by Jacqueline Cain

The Fenway Park home opener is so close we can almost taste it.

In fact, we did. Ahead of Thursday’s game against the Tampa Bay Rays, we got a preview of the new flavors coming to a concession stand near you. 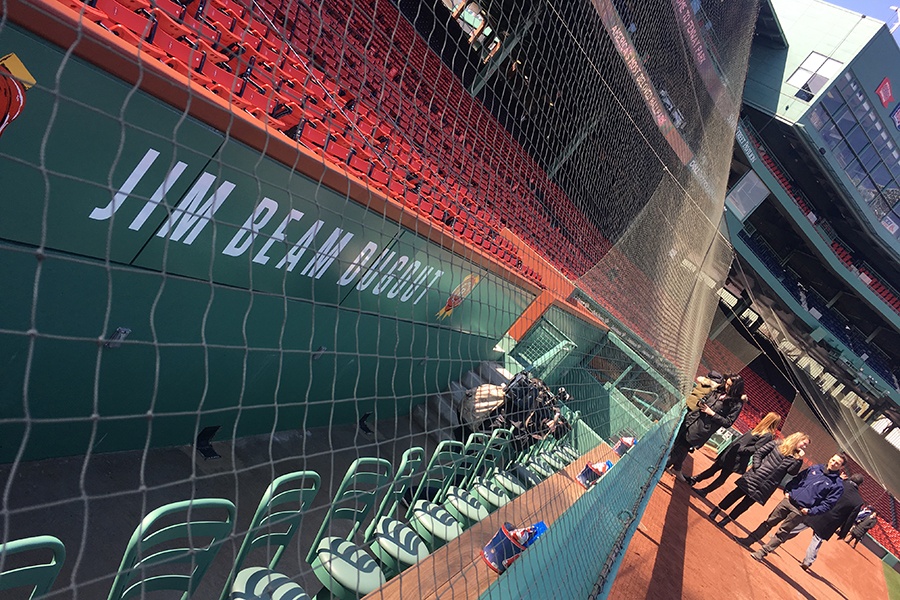 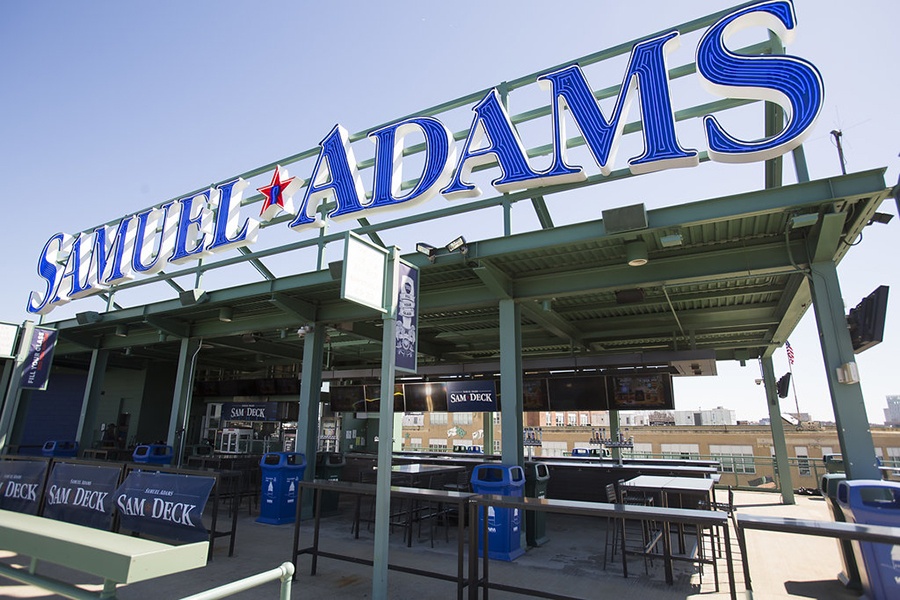 Fenway Park’s new field-level Jim Beam Dugout is going to give fans nearly the same view that Red Sox players have during the games this year. But if your group can’t swing for the premium seating—groups of 25 start at $12,500—the view from the ballpark’s upgraded right field roof deck is not a bad consolation. Dubbed the Sam Deck this season, the bar is open to all ticket holders during games, with a lineup of Boston Beer Co. drafts and hearty new fare that highlights the new, official beer partnership with Boston-born Sam Adams. 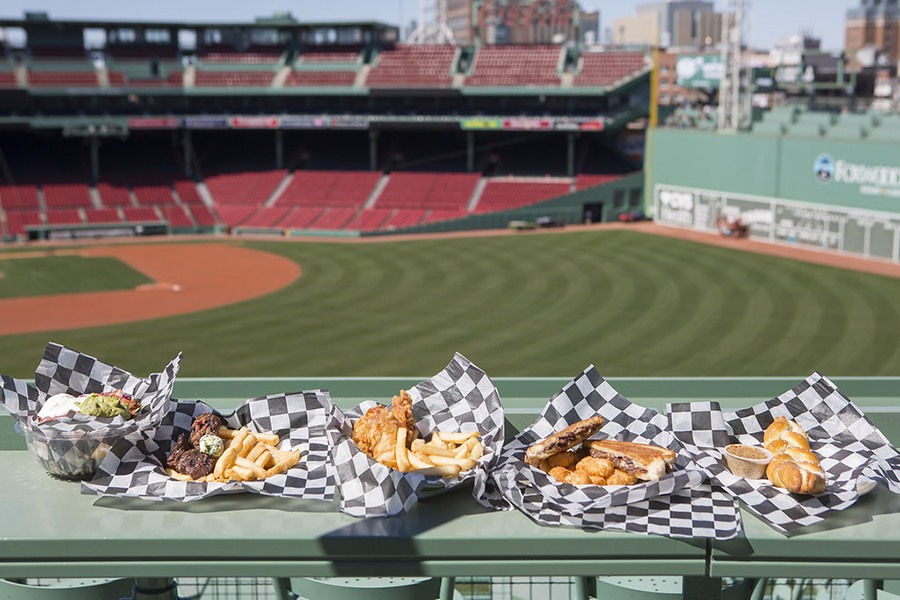 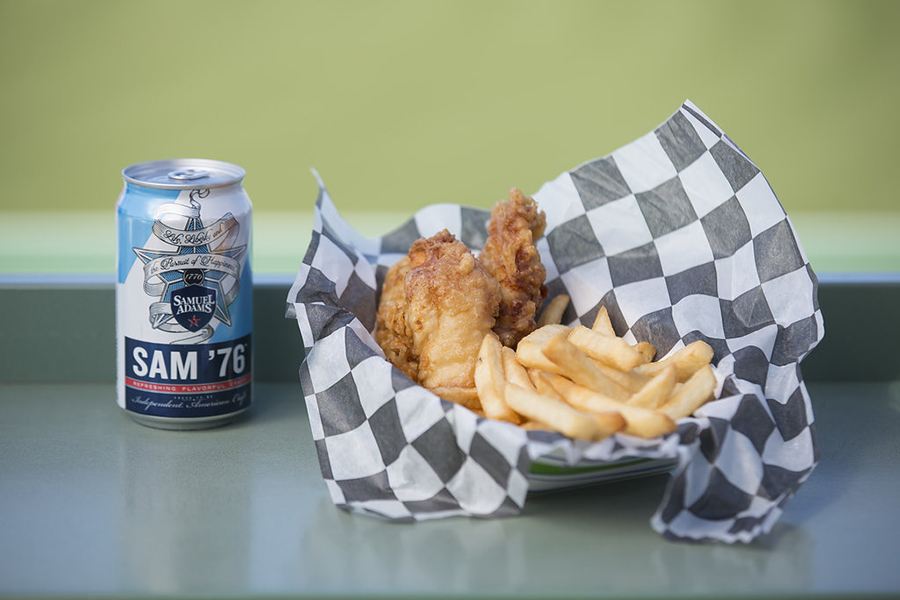 Sam also sponsors the third base deck bar, now called Sammy’s on 3rd. It has Rebel IPA, Summer Ale, Sam ’76, and Boston Lager on draft, with a beer-making mural behind the bar that recalls the art inside the Jamaica Plain brewery’s new taproom. 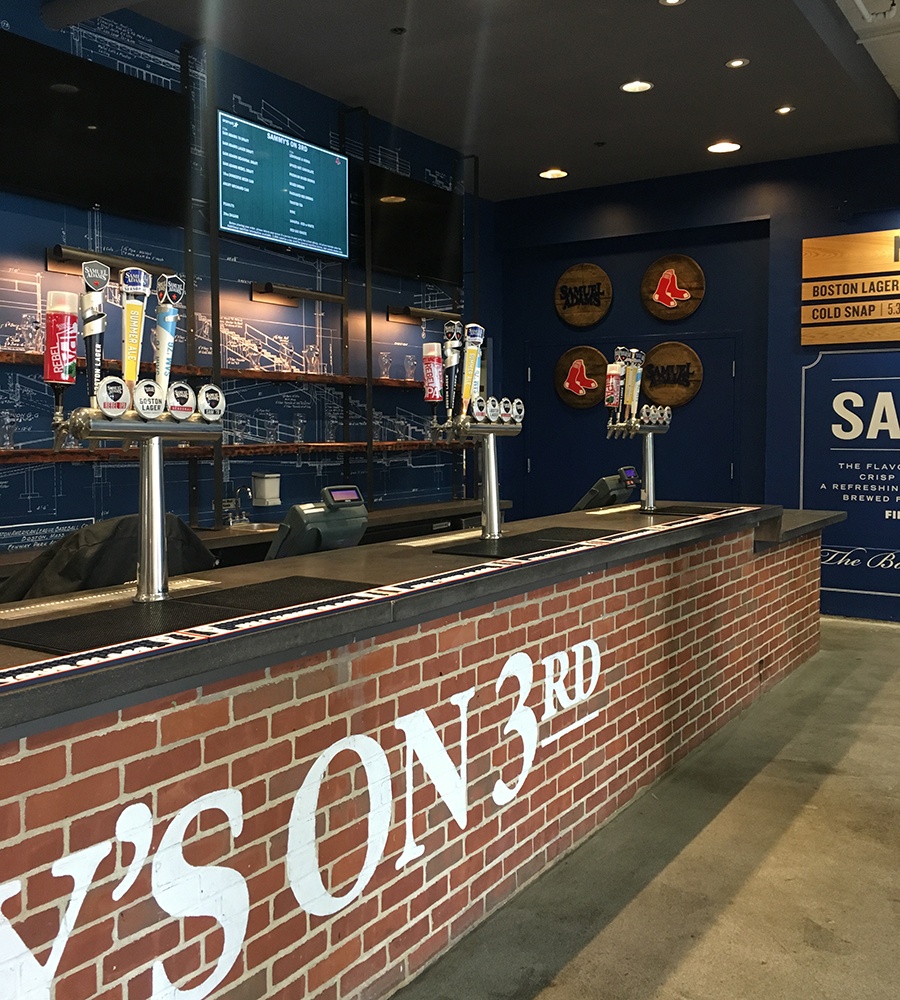 Sammy’s on 3rd at the 3rd Base Concourse at Fenway Park. / Photo by Jacqueline Cain

The park’s Big Concourse, located between Gate B and Gate C near the outfield, is where culinary thrill seekers will find the most exciting new fare this and every season. Jane Dough, a new line of edible cookie dough from food service provider Aramark, is interesting: A cup of the stuff resembles an ice cream sundae, with optional chocolate sauce and other toppings. But the taste is all sweet, sweet dough. Find it behind home plate, and at mezzanine-level concession stands, too.

A sub filled with three, one-ounce Savenor’s meatballs, marinara, and mozzarella is an, er, easier to eat option than last season’s meatball cone. A new trio of chicken tacos, on the other hand—filled with juicy, spiced pulled chicken, pico de gallo, pickled slaw, and chipotle sour cream—will require a few napkins, though the flour tortillas hold together well. Craving lighter fare? Build your own salad at the Big Concourse, with some produce options from Fenway’s rooftop garden come high summer. 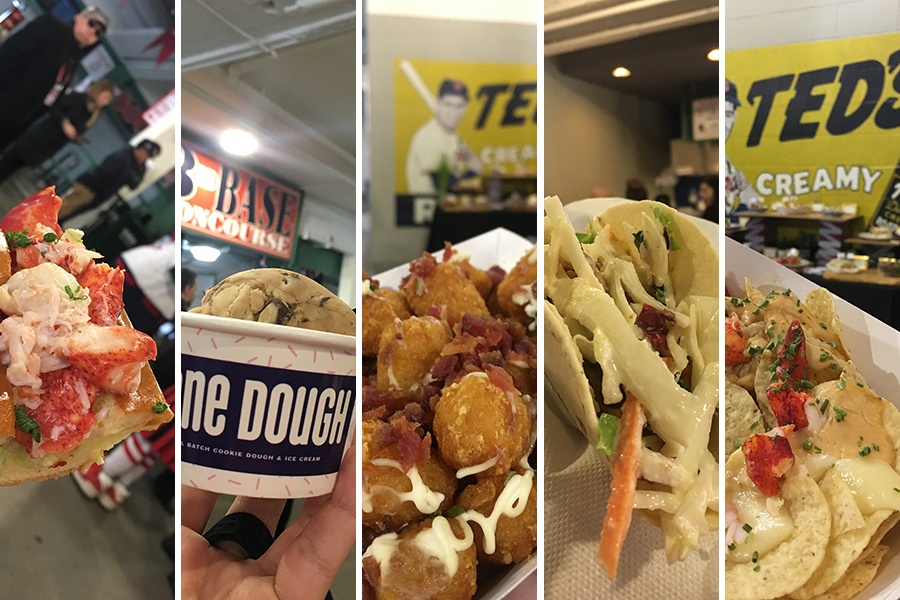 Fenway fare for the 2018 season. / Photos by Jacqueline Cain

The Big Concourse and Home Plate Deck also have a new shaved steak and cheese sub this season, new “Fenway Taters” (Cavendish Farms tots topped with bacon bits, chives, and a drizzle of sour cream), and a crab roll courtesy of Seaport seafood stalwarts Yankee Lobster Co. Find their catch in a generous lobster roll at various concessions stands throughout the ballpark. Their lobster poutine “stak”—a pile of steak fries covered in bisque, cheese curds, fresh lobster meat, and chives—can be found at the Big Concourse, while cheesy-bisquey lobster nachos are on the menu at the Home Plate Deck.

Today’s preview also teased Yankee Lobster fried mac and cheese balls; let us know on Twitter when you find where those are for sale. We’ll report back once we get to a game.