On the Greenway, the Public Garden, and beyond. 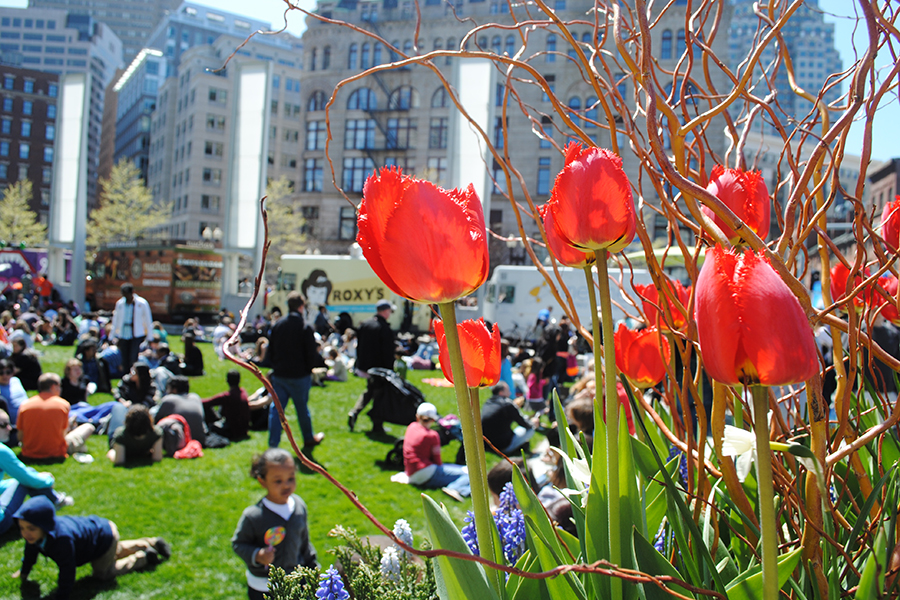 The Greenway during a past food truck festival / Photo provided

While a new, national report calls Boston the food truck-unfriendliest of 20 cities—and despite snow and rain predicted on the first few days of the official season—the mobile dining scene here is poised to be the most robust it’s been since the city started its food truck program in 2011.

The City of Boston registered 95 food trucks this year, and signed 78 up for its 2018 lottery program. It had 53 lottery participants last year, according to data shared by the Mayor’s Office of Economic Development. And the City of Cambridge, too, launches its own food truck program later this month.

The Greenway, which pioneered Boston’s gourmet food truck movement by hosting trucks since 2010, kicked off this Mobile Eats season off on Monday, April 2—in the snow—with a record 38 vendors. Check out more a dozen or so of them on Saturday, May 5 (rain date: Sunday, May 6), during the public park’s annual Greenway Spring Food Truck Festival.

Below, here’s where to find them during the week on the Greenway, on the Boston Common thanks to the Friends of the Public Garden, and in Cambridge beginning Monday, April 9. The City of Boston’s full schedule and a map can be found here.