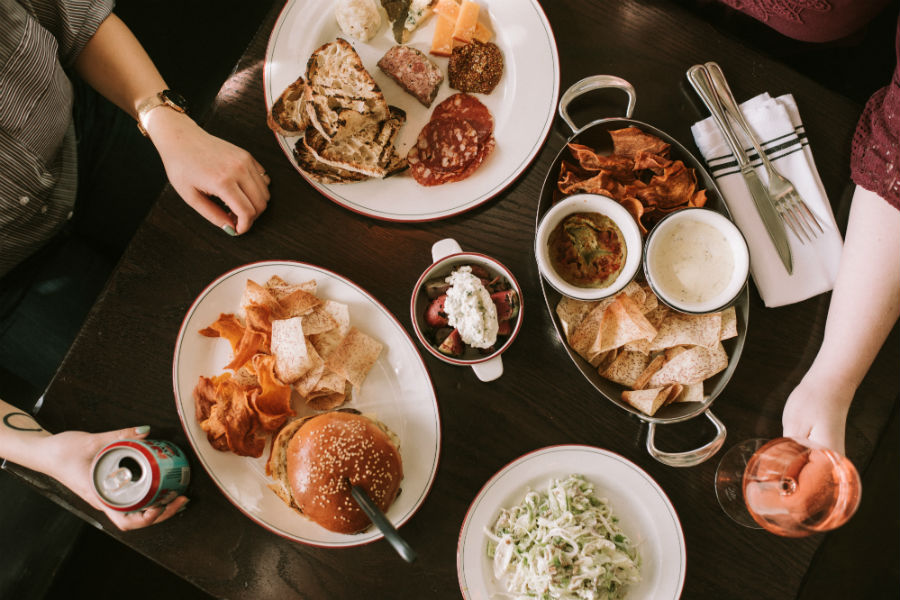 Dishes and drinks from Mulberry Wine Bar, opening this week only at Branch Line. / Photo by Emily Hagen

Deena Marlette knows firsthand how possible it is to make a fulfilling career out of restaurants. Before she was general manager at Branch Line, she spent five years working her way up at Eastern Standard Kitchen & Drinks.

Marlette was a high school teacher in a masters program. She started at Garrett Harker’s Kenmore Square landmark as a breakfast server, just picking up a few shifts on the side. Soon she discovered a dormant passion for wine and service, and she also got to see her boss advance in the company. Eastern Standard general manager Andrew Holden now owns Branch Line with Harker.

When she first started at ES, Marlette realized, “All these people are so serious about this. I had no idea this world existed. Watching Andrew and other people around me move up was very inspirational. I have never looked back.”

Now Marlette is behind an ambitious employee education project that she hopes will help prove it to her staff. Called Build Your Own Restaurant, the effort culminates this week with two, staff-led pop-ups at the Watertown restaurant: Mulberry Wine Bar on Tuesday afternoon, April 10, and during breakfast on Wednesday morning with the Early Bird Café.

Over the course of about three months, all Branch Line employees—from hosts, to bussers, to servers, bartenders, and cooks—teamed up to create the café, or the midday wine bar. The teams and basic concepts were assigned, Marlette says, but everything else has been designed and executed by the employees.

That includes the menu, the beverage program, and the name of the place. But it also includes less obvious aspects of restaurant operation that are critically important to success—things like service style, furniture setup, ingredient sourcing, and pricing. Real guests will put these new ventures to the test during real service. 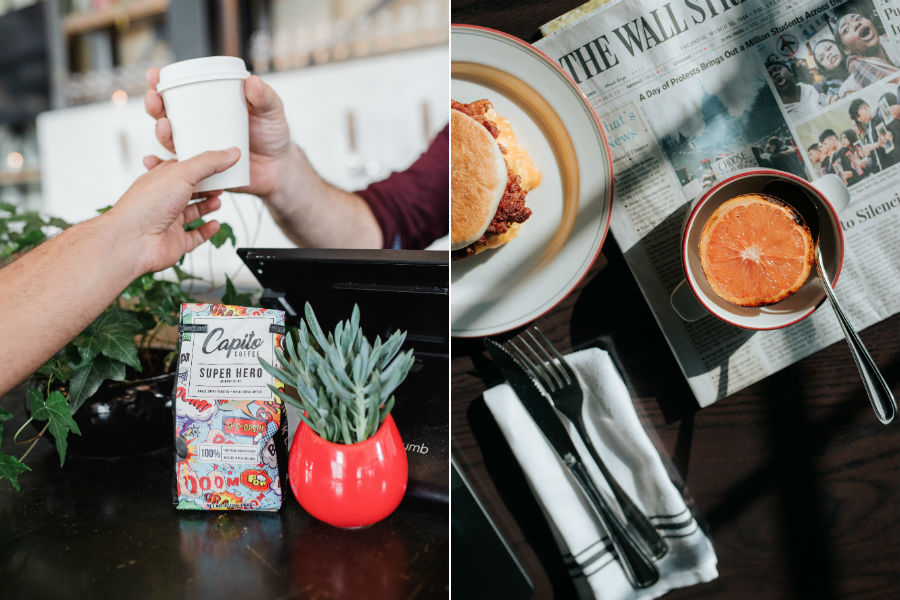 Coffee and breakfast at the Early Bird Cafe, opening this week only at Branch Line. / Photo by Emily Hagen

Marlette knows every restaurant trains their staff. Many also require wine classes, menu development, and other specialized hospitality lessons. But the Eastern Standard restaurant group, which also includes Island Creek Oyster Bar, the Hawthorne, Row 34, and Les Sablons, is especially known for this. Harker has been nominated as Outstanding Restaurateur by the James Beard Foundation every year since 2014.

In January every year, the restaurant group hosts series of classes open to all employees of its eight properties. This year, for example, featured a session with guest panelists discussing the Evolution of Boston’s Dining Landscape.

The staff-led training program at Eastern Standard is incomparable, Marlette says. The idea is basically to create a culture that engages employees, which will lead to more meaningful experiences for the guests. She took that to heart when opening Branch Line, she says. The team jokingly started calling their training opportunities Branch Line University, and that name has stuck. Build Your Own Restaurant is BLU’s first all-staff project.

It’s a unique restaurant to try it. Compared with the staffs at ESKD, Row 34, and other city spots, the Branch Line staff is a little more green, Marlette says.

“We have a big staff of students, people who work other full-time jobs, people in nursing school, full-time moms,” Marlette says. “I’ve had this idea for years, and now I felt like our staff is ready. Once we hit our stride, let’s show them what we do in the background: We’re building restaurant professionals in Watertown.”

Last week, that professionalism was on full display inside Branch Line’s year-round patio. The two Build Your Own Restaurant teams presented their business plans to a panel of seven potential investors, including Harker; Row 34 and ICOB director of operations Jillian Rocco; and business partner Shore Gregory. The teams were prepared with cost sheets, floor layouts, mood boards, and eye-catching, printed marketing materials.

The audience took their job seriously, too—chef Jeremy Sewall immediately questioned the cost of the artisan roll on Mulberry Wine Bar’s burger. Eastern Standard general manager Caroline Markham wanted to know why they decided to set tables with silverware buckets instead of rollups. Branch Line owner Andrew Holden asked why guests had comparatively few choices of wines by the glass.

The teams explained their choices, and thanked the group for feedback. They also talked about the challenges of honing in on decisions, defining steps of service, and picking unique names and hashtags. (Mulberry Wine Bar’s is #clockout, Early Bird’s is #EarlyBirdGetsTheCoffee.)

For some, perhaps Build Your Own Restaurant is just a temporary, creative diversion. But Marlette is hoping the project inspires some employees to find out what they’re passionate about, and develop new business skills.

“In our restaurant group, there’s so much growth and opportunity for people,” she says. “It’s up to the management and staff, just the way the pathway was built for me in a sense.” 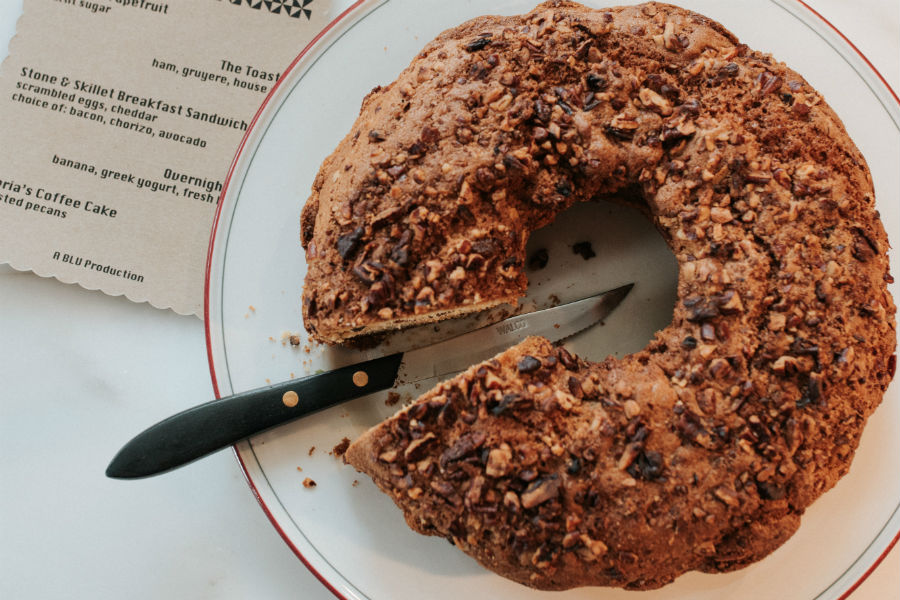 Gloria’s Coffee Cake at the Early Bird Cafe, opening this week only at Branch Line. / Photo by Emily Hagen